Dating Wrapped 2022: Everything About the Viral TikTok Trend 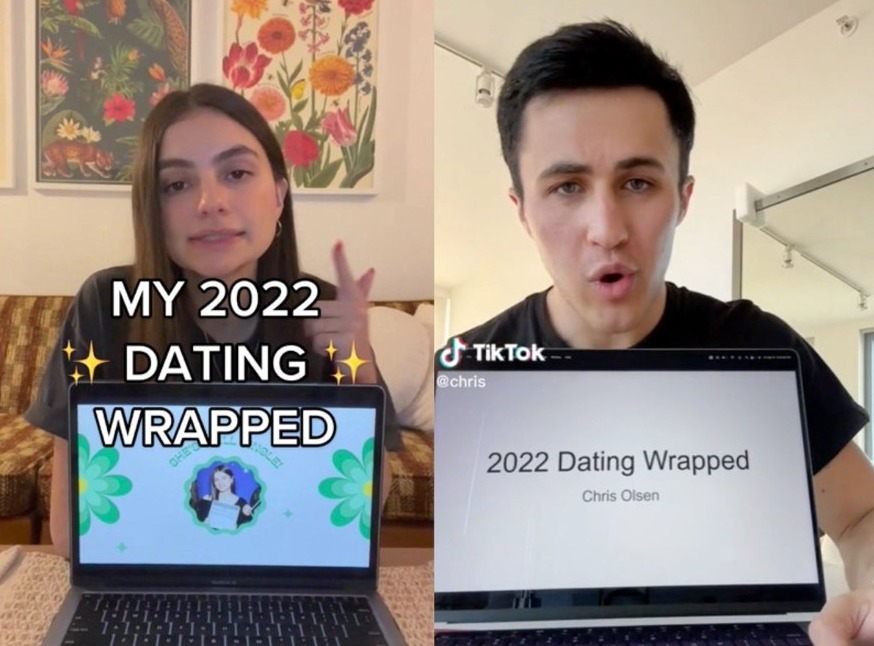 With this trend, TikTok users are sharing their best and worst dating moments of the year. Some have even turned their romantic affairs into memes while others are combining the presentation with classic TikTok moves.

This particular TikTok trend is inspired by the crazy popularity of Spotify Wrapped 2022, which is the music streaming service’s annual recap for users. However, the former isn’t a one-tap affair like the latter one.

What is the Dating Wrapped 2022 Trend on TikTok?

Dating Wrapped 2022 is the latest viral TikTok trend where users are sharing adventures of their romantic life from the whole year in a compilation-style video. Users are involving key details about their dates, breakups, hookups, and other romances in the trend.

Some users have even upped the game and are using figures, statistics, and visual tools like graphs and pie charts in their Dating Wrapped videos. At the end of the compilation, users reveal their current relationship status which is mostly “single,” but also “committed” and “complicated” sometimes.

The hashtag #DatingWrapped has gained over 36.5 million views on TikTok this far. It’s also trending on other social media apps like Instagram and Snapchat.

How did the Dating Wrapped 2022 TikTok Trend Start?

The Dating Wrapped trend started on TikTok after a user named Alexandria McLean posted a video around it earlier this month. She recounted going on 21 first dates with people whom she met using dating apps like Bumble and Hinge.

She revealed that she never saw most of her first dates again and she only cried over two because “We don’t cry over men.”

Another TikTok user Natalie Gotko joined the trend with her Dating Wrapped video where she revealed that moving to a new city after a breakup affected her dating preferences. She dated 22 people and only two she met “in the wild.”

Emily Cass was another TikTok user whose Dating Wrapped video has gone insanely popular as she briefed her “situationship” in the video. She revealed that she started off her year in a complicated relationship but is single now.

How to Make your Dating Wrapped Video for TikTok?

TikTok users are creating their Dating Wrapped videos manually and there’s no tool available to ease the process. Although you can use tools like Canva, MS PowerPoint, or Google Slides, you’ll still have to enter the data on your own.

To begin with, you’ll have to make a brief summary of your dating life in 2022. If it was a lot happening, then you’ll have plenty of content to include in your compilation. However, don’t be sad if you didn’t see too many people. 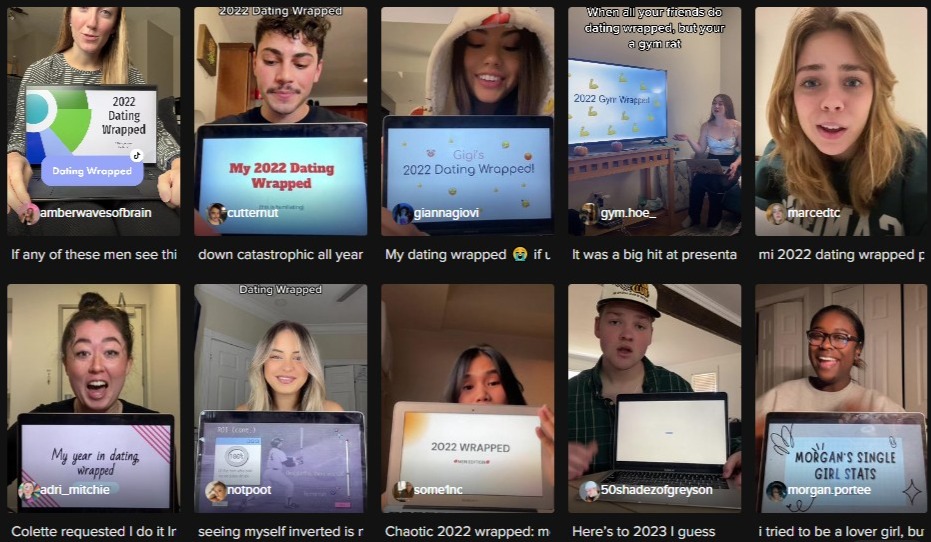 Singles and couples are also enjoying this TikTok trend. We have seen couples posting their happy and sad moments compilation in the trend while singles are using the trend to meme their life. 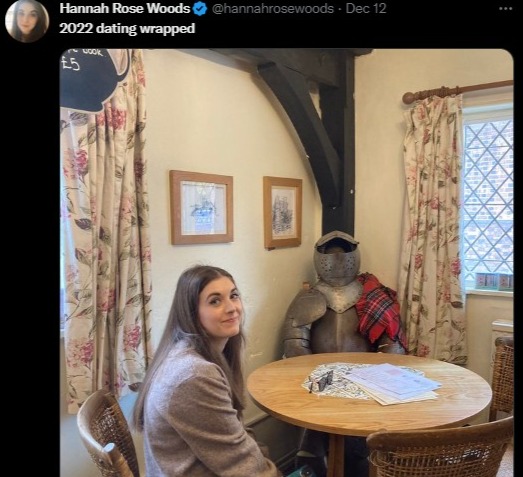 No. TikTok doesn’t have an annual recap or Spotify Wrapped-like experience yet. That’s why users are making similar videos on specific topics on the platform. For instance, Dating Wrapped is highly inspired by Spotify’s Wrapped but there’s no automation tool for it yet.

It’s strange that TikTok is missing out on a great marketing opportunity by not releasing its own annual recap or any other sort of end-of-year experience. Services like Reddit, Twitch and even BeReal have all joined the annual recap trend.

It’ll be interesting to see if TikTok joins them in the remaining days of the year. We’ll keep you posted.