MediaTek has officially announced two new high-end chipsets- Dimensity 8100 and Dimensity 8000 this Tuesday, find out everything about the newly revealed SoC here. 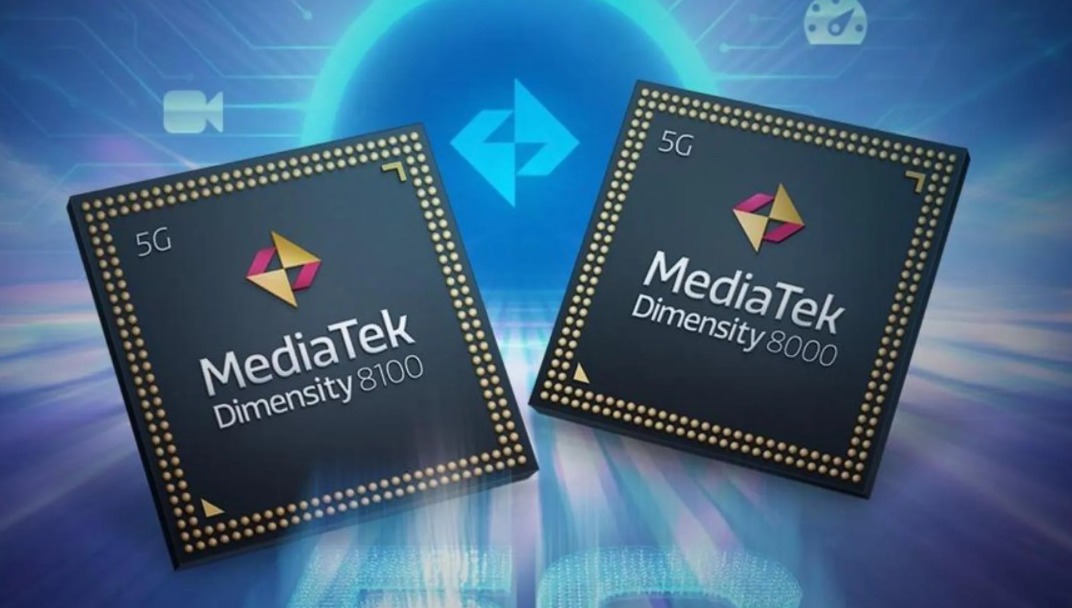 The two new chipsets will be the company’s counter against the Snapdragon 888 SoC, as they are built using the advanced 5nm-class technology. The announcement comes four months after the launch of the 4nm MediaTek Dimensity 9000 SoC.

MediaTek has also announced Dimensity 1300 which will be the successor to the Dimensity 1200 chipset primarily focused on premium mid-range Android and gaming smartphones.

After a lot of leaks and speculations, MediaTek has finally unveiled the new Dimensity 8000 and Dimensity 8100. Both the SoCs (system-on-a-chipset) will feature four ARM Cortex-A78 cores, four Cortex-A55 cores, a Mali G610-MC6 GPU, 200 MP camera support, and more similar elements.

The new MediaTek chipsets are nearly identical but Dimensity 8100 is more powerful than Dimensity 8000. Both of them are built using TSMC N5 (5nm-class) production process.

The key difference is that Dimensity 8000 clocks the Cortex-A78 cores at 2.75 GHz while Dimensity 8100 boosts that up to 2.85 GHz. Additionally, the GPU and NPU boost is also fairly better on Dimensity 8100. 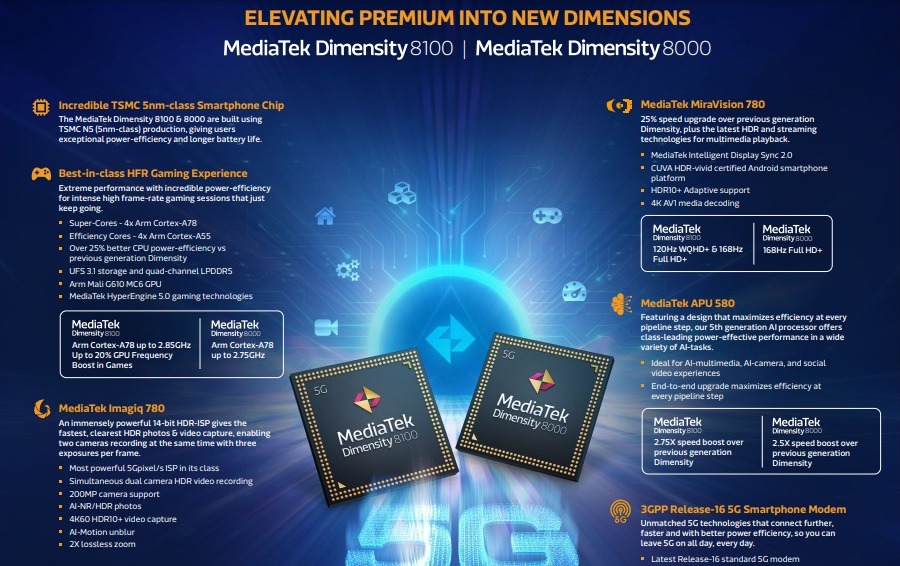 Another notable difference is that MediaTek Dimensity 8000’s maximum screen resolution/framerate support is confined to FHD+165 Hz. Whereas, the Dimensity 8100 is able to handle WQHD+ screens clocked at 120 Hz.

Take a look at the full specifications of the beastly MediaTek Dimensity 8100:

What is the AnTuTu Score for MediaTek Dimensity 8100?

MediaTek has just launched Dimensity 8100, so the official benchmark scores including the AnTuTu score are yet to come. The same goes for MediaTek Dimensity 8000.

According to the leak, Dimensit 8100 exceeds the 820,000 marks for an integrated score of AnTuTu Benchmark in terms of running. So, it well surpasses the score of Snapdragon 888. We’ll have to wait for the official score though when the devices running on the new MediaTek chipset launch.

MediaTek Dimenisity 8100 is focused to provide the best-in-class performance while also being power efficient. 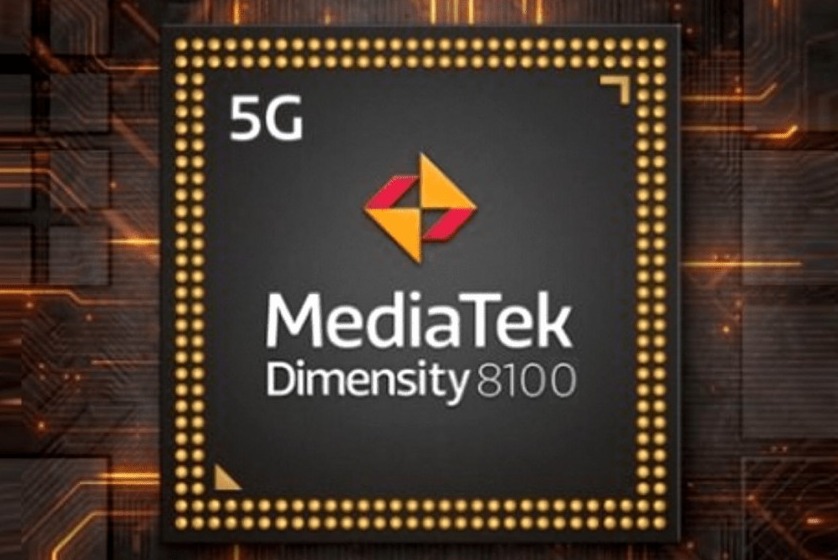 The newly announced SoC boasts some standout features that are worth mentioning here:

MediaTek Dimensity is built using the TSMC N5 production process which boosts gaming with up to 20% more GPU frequency and 25% better CPU power-efficiency over the existing Dimensity chips.

It also features an octa-core CPU with speeds clocked up to 2.85GHz, and the latest Arm Mali-G610 MC6 graphics engine to offer a smooth and swift gaming experience even while playing heavier titles at high frame rates.

I am guessing that gaming will be great by the use of this mediatek dimensity 8100 chipset. What are your opinions? https://t.co/31j6FrZtml

MediaTek Dimensity 8100 also features the Imagiq 780 technology, which was first introduced with Dimensity 9000. It allows the devices to reduce noise significantly for extreme low-light videography and AI-based anti-blur techniques to capture pictures with clarity and enhanced details.

It also features the Dual Simultaneous HDR video technology that allows devices to capture front and rear cameras at the same time. There is also AI-Motion unblur and 2X lossless zoom.

So Dimensity 8100 it is! Also camera specifications are imx 766 https://t.co/qJ2hReyIxV pic.twitter.com/QZxbY3w36z

It is built directly into the chip to enhance power savings while connecting to a 5G network and provides up to 4.7Gbps downlink abilities. MediaTek 5G UltraSave 2.0 is also available to maximize power saving.

The APU 580, which is MediaTek’s 5th Generation AI processor, is able to work on targeted tasks or together as a coprocessor 2.75X faster than the previous generation Dimensity chipsets.

It features a total end-to-end design upgrade to boost efficiency at every step and unlock design freedom for device makers.

MediaTek Dimensity can support the latest WHQD+ displays with up to 120Hz refresh rates with MiraVision 780. Device makers can ensure that devices offer high-end resolutions with a 25% speed upgrade over previous generations. 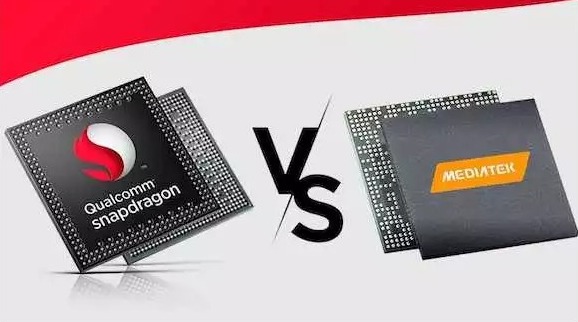 Arm Mali-G610 MC6, which is the GPU on Dimensity 8100 is also said to be in the league of Adreno 660 GPU available on Snapdragon 888. The rest of the specs are pretty similar between the two flagship chipsets.

The initial AnTuTu benchmark scores of Dimensity 8100 also surpass Snapdragon 888’s score. However, the most notable feature that may help Dimensity 8100 to work better, in the long run, is its power-saving capabilities.

Snapdragon has some serious Competition from Mediatek this time

And already flagship Dimensity 9000 is taking over the the Snapdragon 8 Gen. 1

The Snapdragon 888 is heavily criticized to be resource-heavy which leads to heating of the device and further increased power consumption. If Dimensity 8100 can solve this problem, it can very well acquire a fair share of Snapdragon’s market.

MediaTek’s Dimensity 8100 will debut alongside Chinese-origin smartphones in Q1, 2022. According to recent speculations, it will be first seen on a Redmi device, possibly on the Redmi K50 Pro.

According to tipster Yogesh Brar, Redmi, Realme, OnePlus, Vivo, and OPPO will comprise the first batch of devices featuring the latest Dimensity 8100. He also suggests that the first device models to use the new processor will be Redmi K50 Pro, followed by the Realme GT NEO 3, and the Vivo X80.

MediaTek Dimensity 8100 to go public today. Compares to Snapdragon 888, will be used on upper midrangers.

There is also an unspecified OnePlus Nord series model which will likely use Dimensity 8100. Yogesh has previously suggested that it is internally called Nord Pro.

MediaTek’s new SoC looks exceptional on paper, and we do hope it proves everything in reality as well. Do you think it’ll be able to overpower the Snapdragon 888? Let us know via the comments.