The iOS 15.4 is nearing its release date with the beta testing for developers already available alongside the associated operating systems such as iPadOS 15.4, watchOS, and tvOS. Check out what’s new in iOS 15.4 including the features, bug fixes, and additions. 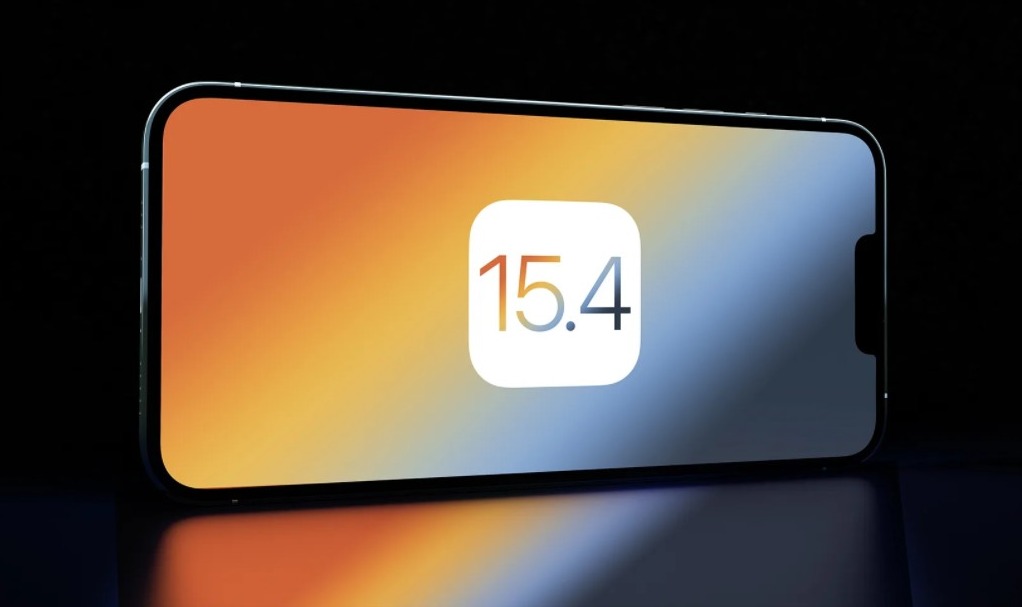 Apple has already confirmed the new iOS 15.4 is going will be a significant update bringing in a great mixture of features including Face-ID with mask, a new set of emojis, the highly anticipated Universal Control on iPad, and more.

The Release Notes for the iOS and iPadOS 15.4 are already out. We know exactly what’s coming in the new iOS version. Apple has already delayed it much after rolling the first beta back in January. Now, it is almost here.

Apple hasn’t confirmed the exact release date for the iOS 15.4, however, it has confirmed via a press release that it is coming next week. It will be the same time when the newly launched iPhone SE 3 and iPad Air 5 will be available in the market.

You can expect iOS 15.4 and iPadOS 15.4 to be rolled out during the same time, possibly around March 18, 2022. It can even be available as soon as Monday or Tuesday.

iOS 15.4 and other software will be available next week #AppleEvent pic.twitter.com/nhc5KfW49o

Apple usually rolls out the iOS updates around 10 AM Pacific time. So, we expect the next update to launch around 10 AM PT/ 1 PM ET/ 12 PM CT/ 11 AM MT/ 3 PM GMT. There could be a delay of around 10 to 15 minutes depending upon your device.

So, do not panic if you didn’t get the iOS update at the exact time after watching tweets of users already using the latest iOS version.

If you want to start using the pre-release version of the upcoming iOS version, you can do it right now. However, remember that the beta version is usually unstable and full of frustrating bugs and issues. So, try it only with your spare device.

The new iOS 15.4 will introduce a plethora of impressive features alongside the essential bug fixes. Fortunately, the beta versions have already revealed what’s coming in the upcoming iOS.

Take a look at everything here.

The face mask has become a new norm due to the global COVID-19 outbreak, so Apple is preparing to allow users to use Face ID even while wearing a mask. After installing iOS 15.4, users can go to the Face ID & Passcode settings, to turn on the “Use Face ID with a Mask” feature. 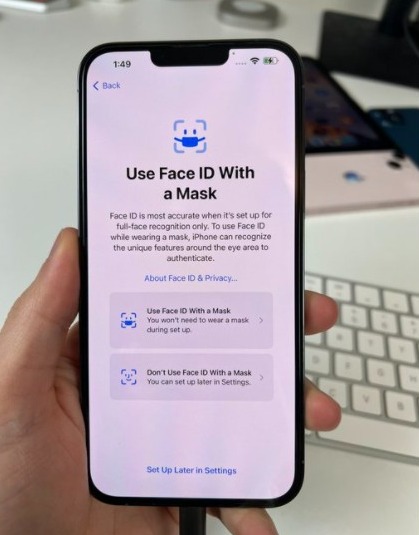 After that, Face ID will be able to recognize your face without needing you to uncover it fully. Although Apple is a bit late in introducing the feature as the world is now preparing to take off the mask, it’s always better late than never.

The new iOS version will also bring with it a cool collection of new emojis. There are around 37 new emojis and 75 skin tone variants on the iOS 15.4 beta. You can expect them to be available in the final public release as part of the Unicode Consortium’s Emoji Version 14.0.

Some of the upcoming emojis on your iPhone are melting face, saluting face, biting lip, jar, beans, x-ray, bubbles, etc.

Universal Control is an iPad feature that has been in development for a pretty long time now. It was supposed to release last fall but will release with the iPadOS 15.4. This feature lets you drag and drop files between the iPad and Mac, or between Macs. 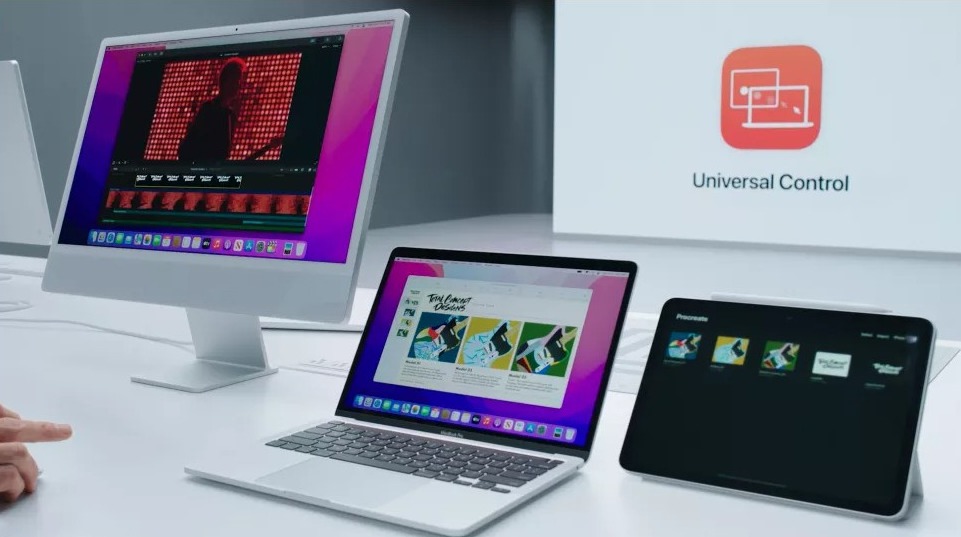 It also allows you to share keyboard and mouse wireless between your two iDevices. It is available in the AirPlay & Handoff tab under General Settings. You can find a new Cursor and Keyboard (Beta) option there.

Apple has also announced multiple AirTag changes to make it more secure and prevent its tracking with the iOS and iPadOS 15.4. The company has added a new message during setup that says “AirTag is designed to be detected by victims and to enable law enforcement to request identifying information about the owner.” 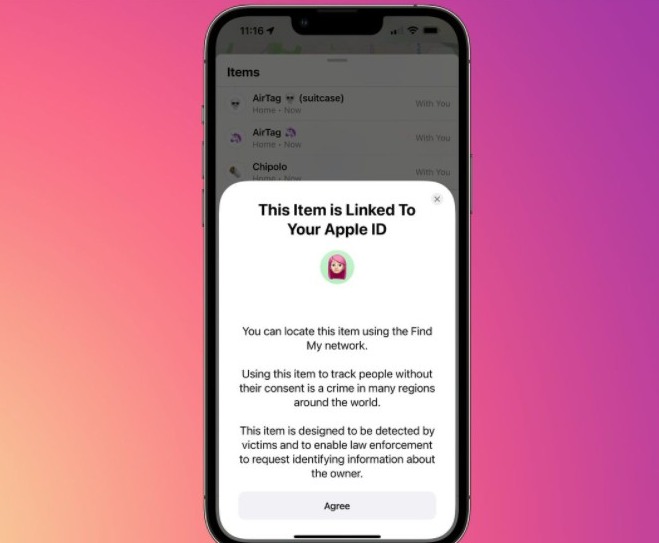 There is also a warning that states using an AirTag to track people without their consent is a crime. The new iOS version will also introduce more accurate identification of devices to prevent the “Unknown Accessory” alerts.

Siri gets a new Voice

The iOS 15.4 will introduce a new American Siri Voice 5 that you can apply to all interactions. The upcoming voice isn’t exactly male or female. Apple says that a member of the LGBTQ+ community recorded it.

Apple included in the beta version of iOS 15.4 a new voice for Siri. A new voice with a less defined gender was recorded by an LGBTQ+ person, and this was the only detail that would be disclosed. This Siri is only available in English for now. pic.twitter.com/gqa0vpgZ4x

This is seen as Apple’s another step towards diversity and willingness to accept varying communities.

Tap to Pay with iPhone

Apple is also adding the framework for the ‘Tap to Pay’ feature in iOS 15.4. The new payment processing method will enable your iPhone to accept Apple Pay payments without needing a credit card terminal or extra hardware. 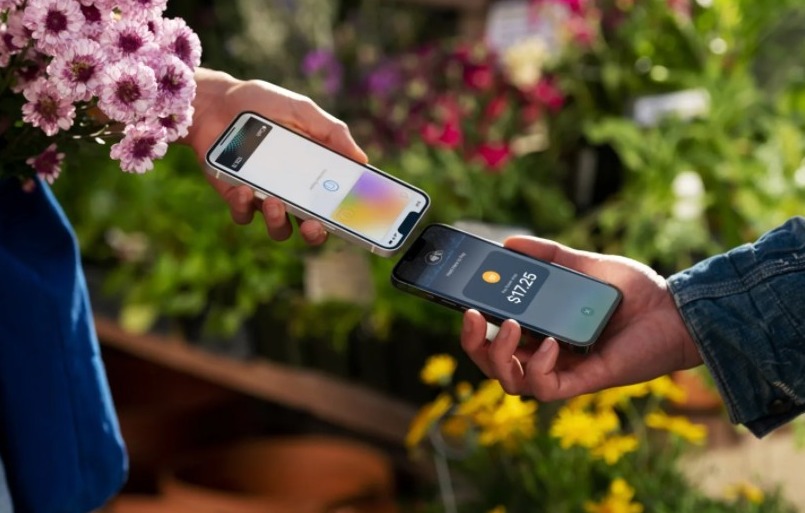 This contactless payment feature is currently not available in the public beta. Only developers can try it for now.

Save Digital IDs in the Wallets App

Another notable feature of the new iOS version is the ability to add digital IDs including driver’s license, state ID, etc to the Wallet app on iPhone. This feature will only be available for US users initially.

Also, it’ll be available for users on a state-by-state basis. Arizona, Georgia, Connecticut, Iowa, Kentucky, Maryland, Oklahoma, and Utah are the first in line. 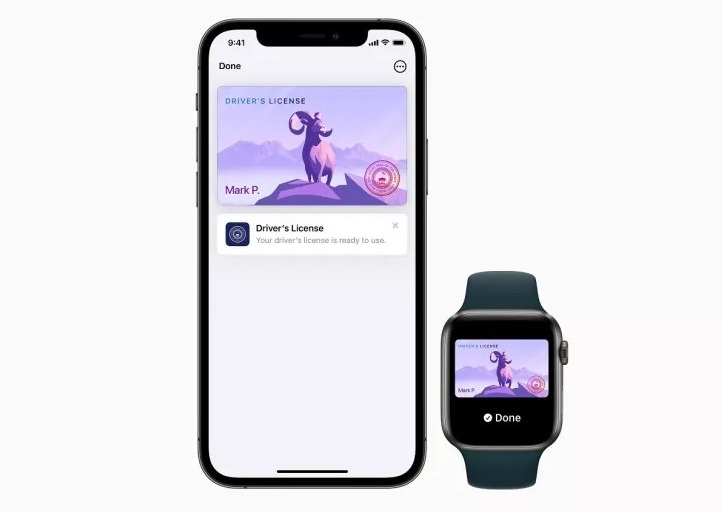 Along with this, the Health will start supporting the EU Digital COVID Certificate format. You can add to your vaccine record in the Health and Wallet apps in supported regions.

Along with the ones mentioned above, there are more interesting and useful features coming with iOS 15.4, take a look at them as well:

These are all the key features that the iPhone will get with the installation of iOS 15.4.

New iOS versions come with much-needed bug fixes and resolutions, and iOS 15.4 will follow the same route. You can expect the following bugs to be fixed with the upcoming iOS version: 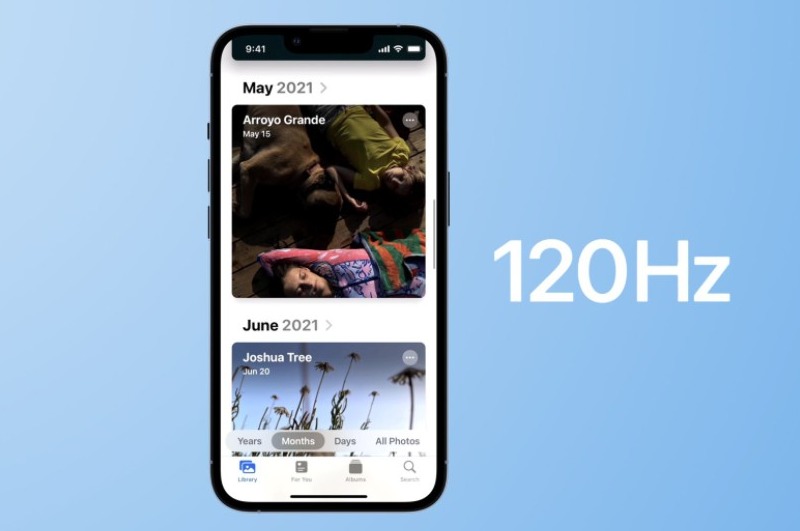 You can check out the Release Notes describing the new features, enhancements, and bug fixes of the iOS and iPadOS 15.4 here.

Once iOS 15.4 is available, you can install it by following these steps:

If you want to install it before the public release, you’ll have to sign up for Apple’s Beta Software Program from here. After that, just follow the steps mentioned above. 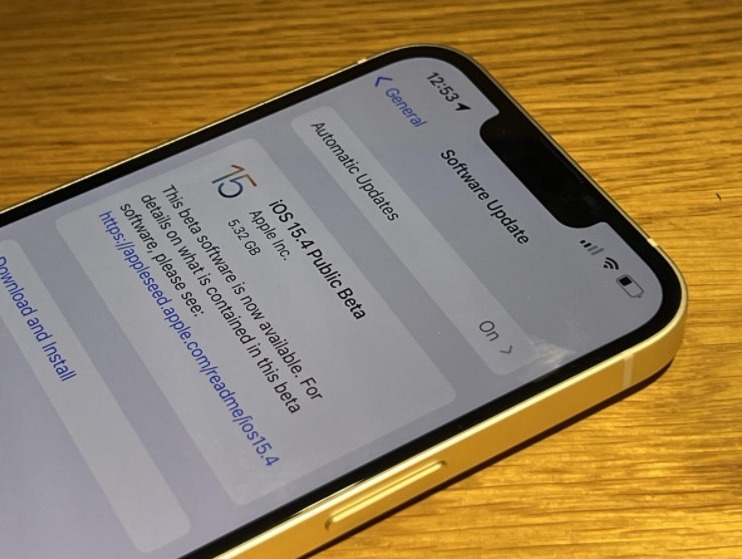 Also, make sure you have sufficient storage to install the latest iOS update. You should not be low on space. You also need to have at least 50% battery power or more. We’d also recommend creating a backup of your data before updating the device.

iOS 15.4 Compatibility: Which iPhones will get it?

If you’re wondering if your iPhone will be getting iOS 15.4, find its name in the list above. If it is available, then yes, but if it isn’t, then, unfortunately, no.

Apple hasn’t revealed the download size of the upcoming iOS 15.4 yet but, we will update this section once it is available.

You will need a good amount of free space to install it though. So, if you are low on space, try deleting some pictures, videos, apps, and other types of data to free up some space. You’ll usually need around 1.5GB to 2GB of free space to update your iPhone.

We don’t know how much space you will need exactly, but going by the norms will be fine.

Are you excited about the new iOS update coming next week, and will you be installing it right away? Share your thoughts in the comments.