Apple Glasses: Everything We Know So Far

Apple Glasses have been in discussion for over 3 years now. However, they are still a safely hidden mystery that people don’t know much about. Still, we have found out a lot of key information including the release date, specs, features, price, design, and more about the Apple Glasses implementing the AR/VR technology. 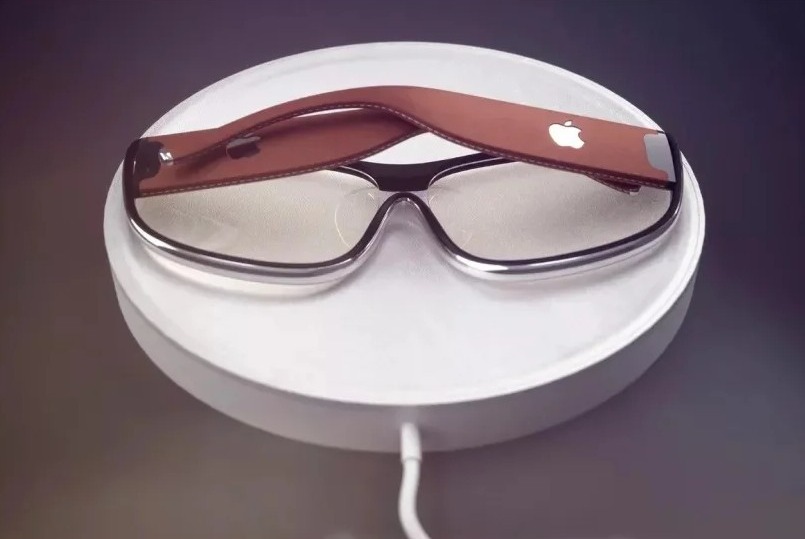 From what we know so far, it could be a groundbreaking item that would revolutionize wearable computing. Multiple leaks, rumors, and speculations are corroborating that. The allegedly leaked prototype appears closely related to the Google Glasses, launched in 2014.

However, Google’s attempt was way ahead of time and failed silently. Apple is reportedly working on the project for a very long time now. They might soon introduce something that we haven’t seen before.

Check out everything we know about the upcoming Apple Glasses till now. Also, the name isn’t confirmed yet.

What exactly are Apple Glasses?

Apple Glasses are the alleged smart wearables glasses that will function either as a standalone device having the ability to pair with other Apple devices, or it will be an accessory for iPhone, iPad, and MacBook leveraging power from the source to provide an AR experience.

Apple hasn’t confirmed anything about the said device yet. However, the tech giant has dropped subtle hints at multiple instances. It all started with the launch of ARKit, a software development tool that allows developers to create apps that include Augmented Reality. 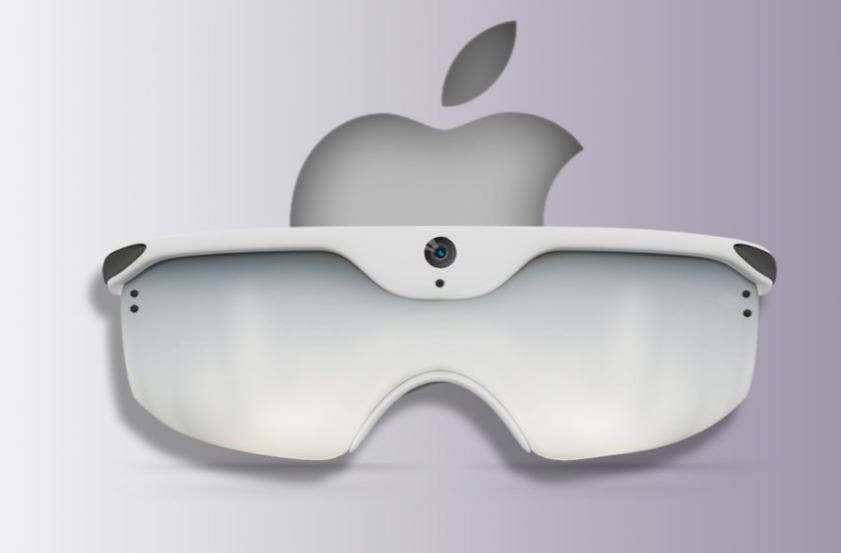 The prototypes of Apple’s AR-based wearables started appearing on the Internet in 2020. The designs showcase a wearable glass-like device that enables users to bring information from the phone directly in front of th eyes.

What is the Release Date for Apple Glasses?

Apple is expected to drop the AR-based Glasses soon, however, no one exactly knows when. Some experts have predicted a release date in 2023 for the glasses while some are still saying the Apple Glasses will launch by the end of this year.

Previously, people were expecting Apple to announce Glasses at the Peek Performance event held on March 8, 2022. However, the company only announced the new iPhone SE 5G, iPad Air 5, and Mac Studio. 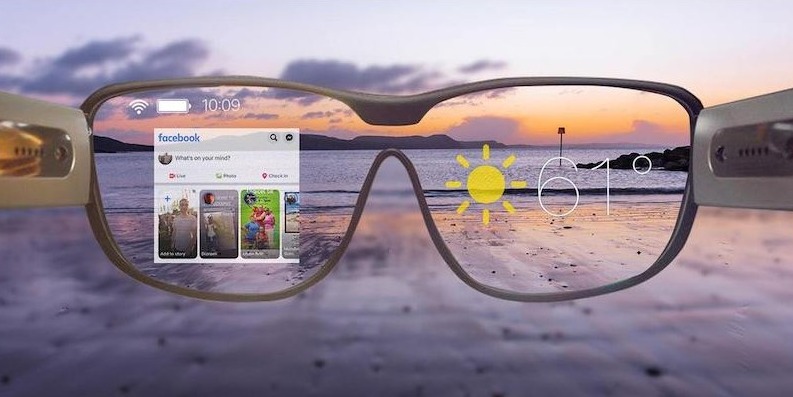 Now the expectations have shifted to the September event. However, it would be baseless to think that Apple will let such a revolutionary device be shadowed by the new iPhone lineup. So, we do not expect the glasses to be available at least until next year.

In 2020, Jon Prosser, a prominent insider, started teasing about early prototypes of the glasses and called them “Sleek.” He also teased a “Heritage Edition” of the device that will appear like the one that the late great Steve Jobs used to wear. Later, Bloomberg’s Mark Gurman stepped in and cleared that all the rumors are false.

The Apple Glasses leaks have suggested that they’ll be a wearable accessory like the Apple Watch instead of a standalone device. The new iOS 15.4 has incorporated key AR features to enhance the experience. The glasses may utilize the computational power of the latest iOS for functioning.

Nothing is known about the specs yet. However, considering the current technology, we expect them to at least have the same field of view of 52-degrees and 447 PPI resolution as available in the Hololens 2.

If the upcoming glasses have to process and show all the video captured by its camera in 3D imagery, then it would require a very high frame rate of at least 60 or 120Hz. Also, it’ll need much higher bandwidth than the current Bluetooth technology can ever provide.

The glasses will also need a long-lasting battery to support such high-end specs and features. We expect Apple to implement at least three hours of battery life, however, they may surprise us with an even longer one.

Features of the Apple Glasses

Coming to the features, the rumors and leaks have shown Apple Glasses to be very capable. The Apple patents suggest that the glasses will be able to project virtual images. They will cast images into your eye through a catadioptric optical system.

A leaked injury report out of Apple’s headquarters in Cupertino revealed that Apple’s prototype unit has caused eye injuries in two users. Although the report didn’t inform many details about the prototype. Hopefully, Apple will take care of such mishappenings before unveiling the final product.

A Bloomberg report suggests that the Apple AR Glasses will bring information from your phone to your face. Another leak suggests Apple has plans for third-party apps for the glasses and will have a dedicated app store for the same.

Users will be able to watch 360-degree surrounding video, view and navigate via Maps, read and send messages without having to touch their iPhone, and play games directly using the glasses.

It will also let you view different parts of the world just like Google Street View but the locations would be projected directly onto the lenses of your glasses. An Apple patent has confirmed the same.

What OS will Apple Glasses use?

Apple will introduce a completely new device form factor using a tweaked operation system which could be called the realityOS or glassOS. The device may run on a proprietary operating system known as Starboard which is similar to iPhone’s Springboard.

It’ll make sense for the company to develop a custom operating system for the upcoming AR and VR devices. However, no interface elements have leaked yet.

#Apple are just teasing us with these smart glasses 👓 a bonus hint of the OS too maybe on reflection 🧐 pic.twitter.com/ztnASNo1Rp

The testing of such a user interface was found in the iOS 13 Release Candidate. Its “Readme” file revealed that the term was STARTester code and it referred to a device that could be worn or held. This does not confirm anything but corroborates with the Starboard expectations.

Apple Glasses will have a similar design that regular specs have. There haven’t been any believable leaked images of the actual design. The latest rumors suggest Apple wants the glasses to appear fashionable and wearable at all places, just like the Apple Watch. 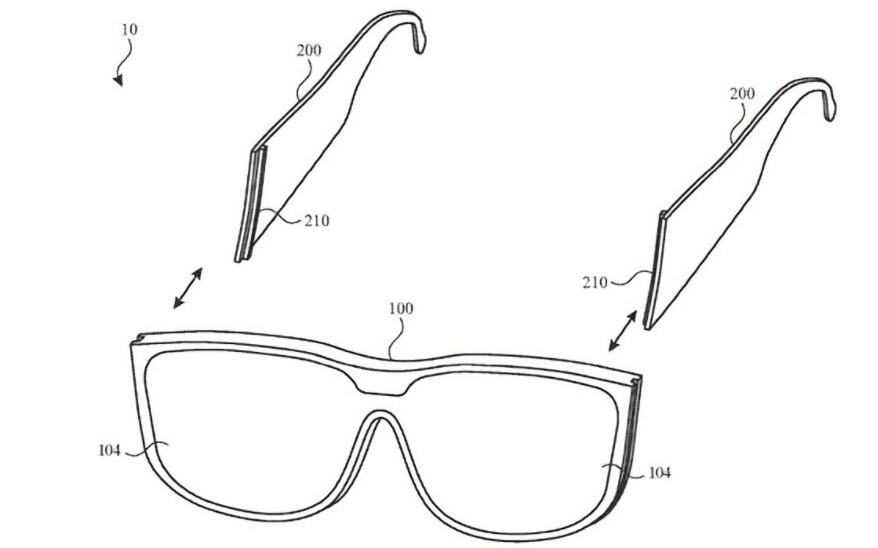 Jon Prosser’s allegedly leaked design that Mark Gurman later discarded was looking neat. It also followed Apple’s approach of having a universal size for everyone with adjustable temples (arms).

Coming to the display, Sony may be the supplier with its half-inch Micro OLED displays for the Apple headset, but they won’t be a part of the glasses. Instead, Apple will use smart lenses that will directly project the graphics onto the user’s eyes.

It is very hard to guess the price of Apple Glasses until we know about the full specs. In 2020, there were rumors surfacing the web that the Apple Glasses would be available for a price around $499. Later, a JPMorgan analyst reported that it was only the price of manufacturing materials.

If that is true, the price of the upcoming Apple Glasses would soar as high as $2,000-$3,000. However, Apple may also go on the route to have a cutting-edge product with an affordable price tag to attract as many buyers as they could.

Nothing seems certain at this point. We’ll have to wait at least a few more months, or maybe a year to have realistic information about the AR-based glasses.