After months of speculations, leaks, and rumors, Tim Cook has unveiled the iPhone SE 3 powered by the A15 chip and 5G capabilities at the Peak Performance 2022 event this Tuesday. Find out what the latest iPhone SE variant packs, and if it is worth buying. 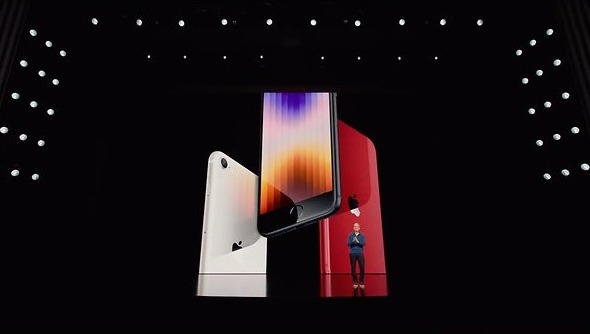 Apple’s budget iPhone has got a massive boost in terms of power and speed with the latest Apple bionic chip that also powers the iPhone 13 lineup. The new model doesn’t bring anything revolutionary except for being the most affordable Apple 5G device running on the iOS 15.

The newly unveiled iPhone SE 3 will boast the same design but with a powerful processor, improved camera, new features, and appealing colors. Here is everything that you need to know about it.

The most notable highlight of the new iPhone SE 3 (2022) is the A15 Bionic chip that powers the iPhone 13 series. The powerful chip packs a 6-core CPU, 4-core GPU, and a 16-core Neural Engine, which is capable of 15.8 trillion operations per second.

These specs make the new iPhone SE capable of carrying out all sorts of heavy tasks with ease. There will be faster machine learning computations for third-party apps, and the introduction of features like Live Text in the Camera app with iOS 15 and on-device detection. 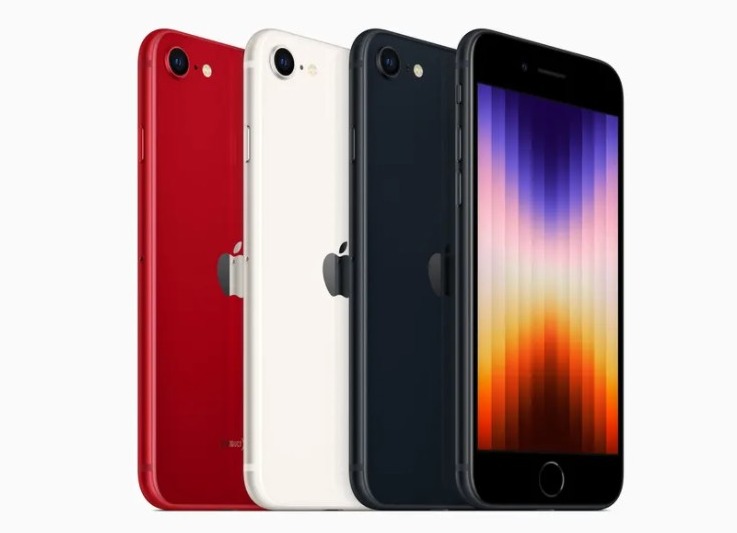 Another noteworthy upgrade is the addition of 5G to the iPhone SE series that allows users to gain benefits of the latest-gen wireless technology with faster uploads and downloads, lower latency, and better experiences while using the data connection.

However, it is worth noting that the new iPhone SE only supports sub-6GHz 5G networks and not mmWave 5G. So, you won’t be able to get blazing fast Gbps speeds as shown in advertisements and reports.

The new iPhone SE 3 will feature a single 12MP f/1.8 rear camera capable of recording 4K videos at 60fps. However, there are exceptional improvements as the device will be using the A15 Bionic chip.

There is also a newer sensor offering support for Smart HDR 4, Deep Fusion, Portrait mode, and Photographic Styles. These upgrades will allow the device to capture better and more detailed photos in low-light, with enhanced and accurate skin tones, and precise shadows.

How’s the Battery & Do we get Fast Charging Support?

Apple didn’t reveal specific details about the battery of the newly launched iPhone SE. However, we know that the model lasts around two hours more than the previous iPhone SE during video playback.

Apple claims that the iPhone SE 2022 is “Built for efficiency, A15 Bionic works in conjunction with the latest-generation battery chemistry and tight integration with iOS 15 to enable better battery life on iPhone SE.”

So, the new model will have a better battery life even after boasting new technologies and compact form factors. iPhone SE will also support fast charging and will be compatible with Qi-certified chargers for wireless charging.

The new iPhone SE 2022 will feature the same old design that first debuted with the iPhone 7 series in 2016. Apple didn’t tweak the design in any way. So, the new iPhone SE uses an aluminum chassis sandwiched by glass panels at the front and rear. But, there is a more durable Ceramic Shield glass making it tougher.

The display will also retain its size with a 4.7-inch IPS LCD panel, just like iPhone SE 2020. This suggests that the brightness level will be capped at 625 nits but you still get P3 Wide Color, Haptic Touch, and True Tone support.

iPhone SE 3 will also have the IP67 certification for dust and water resistance, and there is a Home button with Touch ID exactly like its predecessor.

Apple is offering the latest iPhone SE 5G in three colors- (PRODUCT) RED, Starlight, and Midnight. The company has also ensured that the device is made from recycled material, using 100% recycled rare earth elements in the Taptic Engine and Audio Magnets.

The 128 GB iPhone SE costs $479, and the 256GB variant costs $579. Despite the price hike, the new iPhone SE will be the cheapest 5G device in Apple’s iPhone lineup. This reason would be enough for many to upgrade to it.

When will it be available in the Markets?

The newly launched iPhone SE 3 will be in the markets as early as this month. Pre-orders for the device will start on March 11, 2022, in the US, Canada, the UK, India, Japan, Australia, France, China, and 30 more countries. You can place your orders using the official Apple website.

Whereas, iPhone SE 5G will be available in the retail markets by March 18, 2022. You can set your wallets ready to shed off some dollars to make this nouveau Apple device yours.

Apple raised the price on the latest iPhone SE with 5G by $30. Now starts at $429, available March 18 #AppleEvent pic.twitter.com/NyoqGafEpE

There were tons of theories and speculations going on recently about Apple making the upcoming iPhone SE a revolutionary device. However, many of them turned out false as the new iPhone SE retains the core design, display, and many elements while upgrading to a powerful processor, improved camera aspects, and new features.

We believe it is a perfect device for primary uses including photography, gaming, and AR-based experiences. What do you think about it? Would you consider buying it? Share your opinions in the comments.