Apple has unveiled a bunch of new products including the all-new Mac Studio and Studio at the Peak Performance event this Tuesday. The new Apple computer is aimed at professionals and artists to enjoy a Studio-esque experience at home. Find out everything about it here. 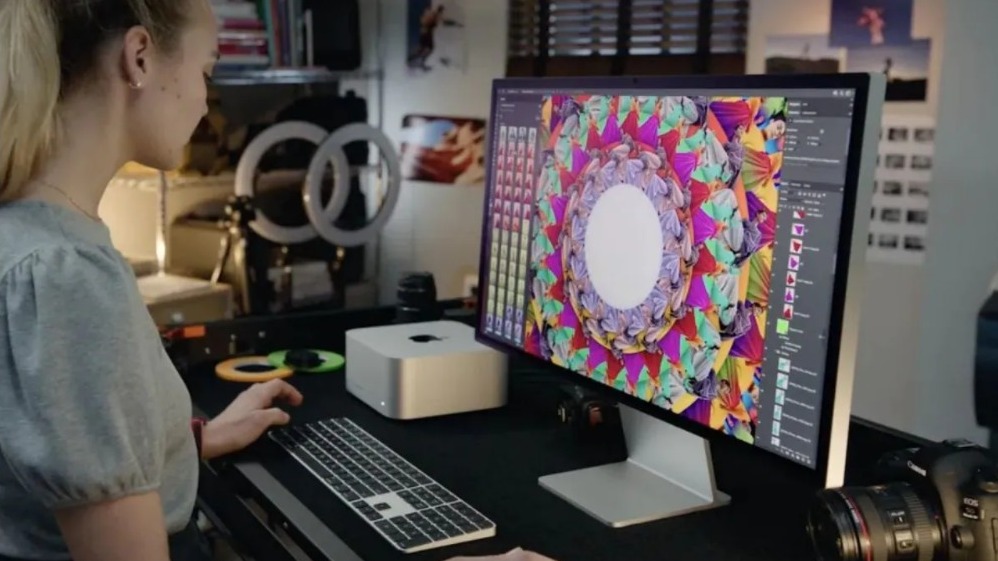 Apple’s newest Mac product line, the Mac Studio, is a hybrid between a Mac Mini and Mac Pro, which will also serve as a potential replacement for the 27-inch iMac, which the company has discontinued now.

It is powered by the flagship M1 Max chip or the newly-launched monstrous M1 Ultra, which essentially fuses two M1 Max chips using Apple’s custom UltraFusion architecture to make it behave and get recognized as a single chip.

Combined with the Studio Display, which also debuted this Tuesday, users can set up a powerful and unmatched studio that is ideal for videographers, developers, 3D artists, producers, musicians, and any other professional who needs power and efficiency together.

The new Mac Studio will be available in two variants- one with M1 Max chip and the other with M1 Ultra chip, which is also launched recently.

The base version will be an affordable Mac Studio equipped with an Apple M1 Max chip featuring a 10-core CPU, 24-core GPU which is upgradeable to 32-core, and a 16-core Neural Engine. There is also a Media Engine, 400GB/s memory bandwidth, and up to 64GB Unified Memory.

Apart from this, there’s a more powerful but costlier Mac Studio equipped with the new Apple M1 Ultra chip. It packs a 20-core CPU, 48-core GPU which is upgradeable to 64-core, and a 32-core Neural engine capable of running up to 22 trillion operations per second to ensure smooth completion of all sorts of tasks. 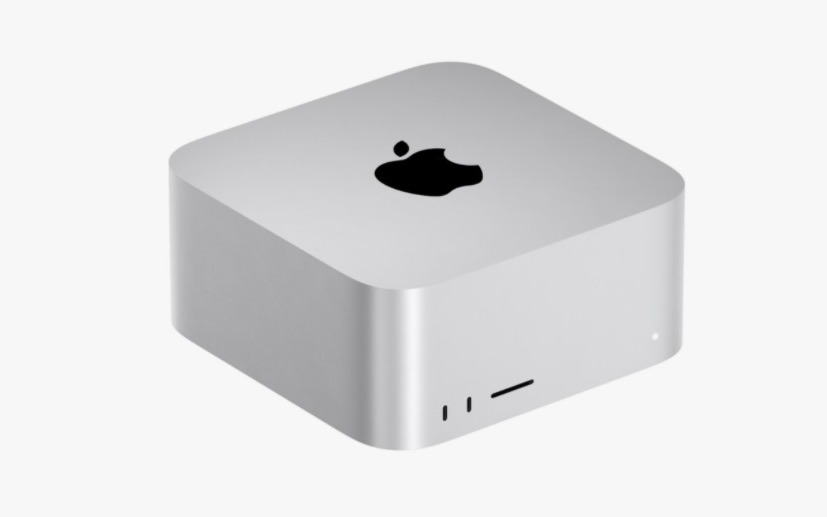 It also has 800GB/s bandwidth, up to 128GB Unified Memory, and a Media Engine that is two times faster due to having the power of two M1 Max Chips. The latest chip allows the Mac Studio to offer unprecedented performance with unmatched efficiency.

Here are the full specifications of the new All Mac Studio with M1 Max and M1 Ultra:

How is the Performance of Apple Mac Studio?

The Apple Mac Studio is focused to deliver extraordinary performance and offer new capabilities that no other desktop is able to achieve. M1 Max version allows users to lead their creative workflows to the next levels while users needing even more computing power can try the M1 Ultra version.

Mac Studio with M1 Max is- 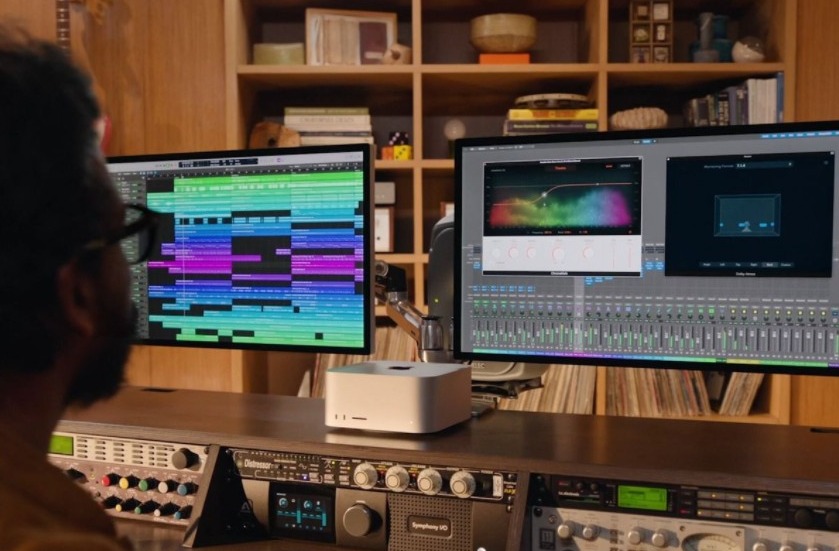 The latest addition in the Mac computers lineup is surely a beast in terms of power and performance. It is indeed capable of turning the impossible into possible.

What are the available Connectivity options?

The Mac Studio comes with an extensive range of essential connectivity, thanks to its compact design. On the back, there are four Thunderbolt 4 ports to connect displays and high-performance devices, a 10Gb Ethernet port, two USB-A ports, an HDMI port, and a pro audio jack for high-impedance headphones or external amplified speakers.

It also includes ports on the front for convenient access if you frequently need to connect and disconnect devices. You can find two USB-C ports and an SD card slot on the front. On M1 Max, the front USB-C port supports 10Gb/s USB 3, while it supports 40Gb/s Thunderbolt 4 on M1 Ultra. 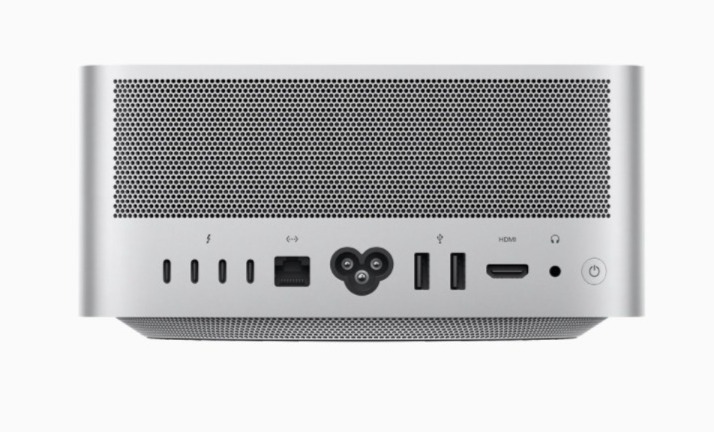 WiFi 6 and Bluetooth 5.0 are also built into the Mac Studio for fast wireless connectivity. The Mac Studio also provides extensive display support with up to four Pro Display XDRs, and a 4K TV. The total sums up to around 90 million pixels.

The Mac Studio features a compact design that redefines how a high-performance desktop looks. Every element inside the new Mac is designed to optimize the performance of the Apple silicon. It is built from a single aluminium extrusion with a square footprint of only 7.7-inches and a height of just 3.7-inches.

The Mac Studio doesn’t require much space and fits perfectly under most displays. It also has a very innovative thermal design that allows unprecedented performance and efficiency. 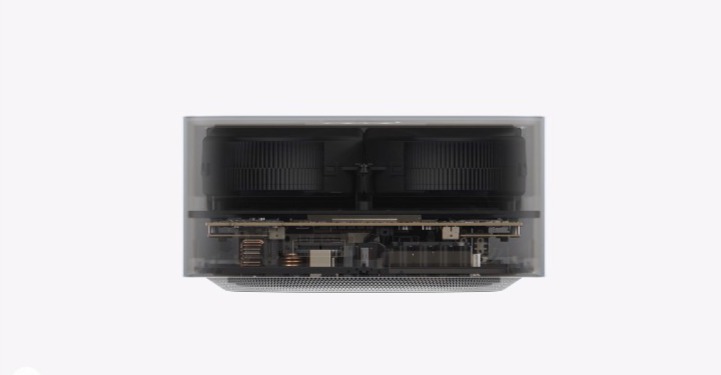 It uses a unique system of double-sided blowers, carefully placed airflow channels, and around 4,000 perforations on the back and the bottom of the enclosure to let the air through the internal components in order to let the high-end chips stay cool.

Apple also revealed the new Studio Display at the Peak Performance event which is the perfect partner for your Mac Studio, or any other Mac. It has a stunning all-screen design with slim borders and a refined enclosure completely built of aluminium. Users can tilt the display up to 30 degrees using its built-in stand.

There is also a VESA mount adapter option available to support landscape or portrait orientation for enhanced flexibility. 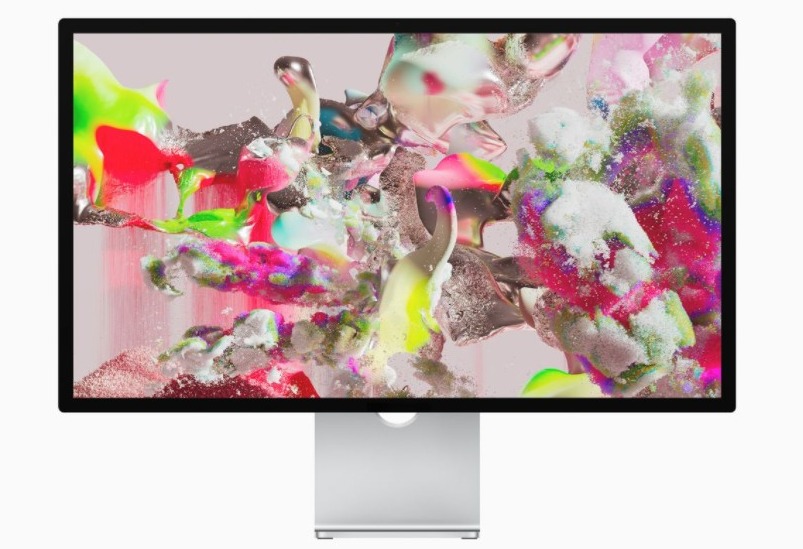 The Studio Display sports a 27-inch 5K Retina screen with more than 14.7 million pixels, 600 nits of brightness, P3 wide color, and support for over 1 billion colors. There is also True Tone technology to automatically adjust the color temperature to offer a more natural viewing experience.

The Studio Display also features a highly advanced camera and audio system for a realistic video conferencing display with its 12MP Ultra-Wide camera with a Center Stage. It has three studio-quality microphones with a low noise floor for crisp and clear calls and recordings.

There is also a high-fidelity six-speaker sound system to offer an astounding listening experience. They also support spatial audio for music and video with Dolby Atmos to create a wholly cinematic viewing experience.

A13 Bionic chip inside powering the 12MP ultrawide camera with centerstage, 3 mics and a 6-speaker sound system

For connectivity, the Studio Display has three USB-C ports that are capable of delivering speeds up to 10Gb/s for connecting high-speed peripherals, storage, and networking directly into the display.

On the other side, the Studio Display costs $1,599 while the high-end version with nano-texture glass that resists reflections with tilting stand costs $1,899.

The Pre-orders for the Mac Studio and Studio Display have started on March 8, 2022. You can book yours from the official Apple website. Apple’s new products in the Mac lineup will be available for retail sales from March 18, 2022.

That’s all you need to know about the almighty new Mac Studio and Studio Display. If you are a developer, artist, or any other professional who needs massive computing powers, smooth experience and have the right budget, you can go for it without thinking twice.

Although we believe Apple could have made the pricing more adjustable if it allowed cutting off certain unnecessary features. What do you think about it? Let us know in the comments.