Russian strikes continue to hit several cities of Ukraine. Both sides have lost a significant number of troops in this inhuman war. Now, Russia has slammed a pregnant Ukrainian beauty blogger “Marianna Podgurskaya” for falsifying her injuries. Let’s get to know her and the reality. Marianna Podgurskaya is a Ukrainian beauty blogger whose photos recently became viral amid the monstrous war. The 26-year old beauty blogger is married to a person named Yuri and has recently revealed her injuries amid her pregnancy.

Mariana is admitted to the Mariupol hospital. She is an internet influencer and has 49.6k followers on her Instagram. She often advises on skincare and haircare. However, her inbox was full of hateful messages just after she revealed her pictures in a tarnished condition.

What do the photos reveal? 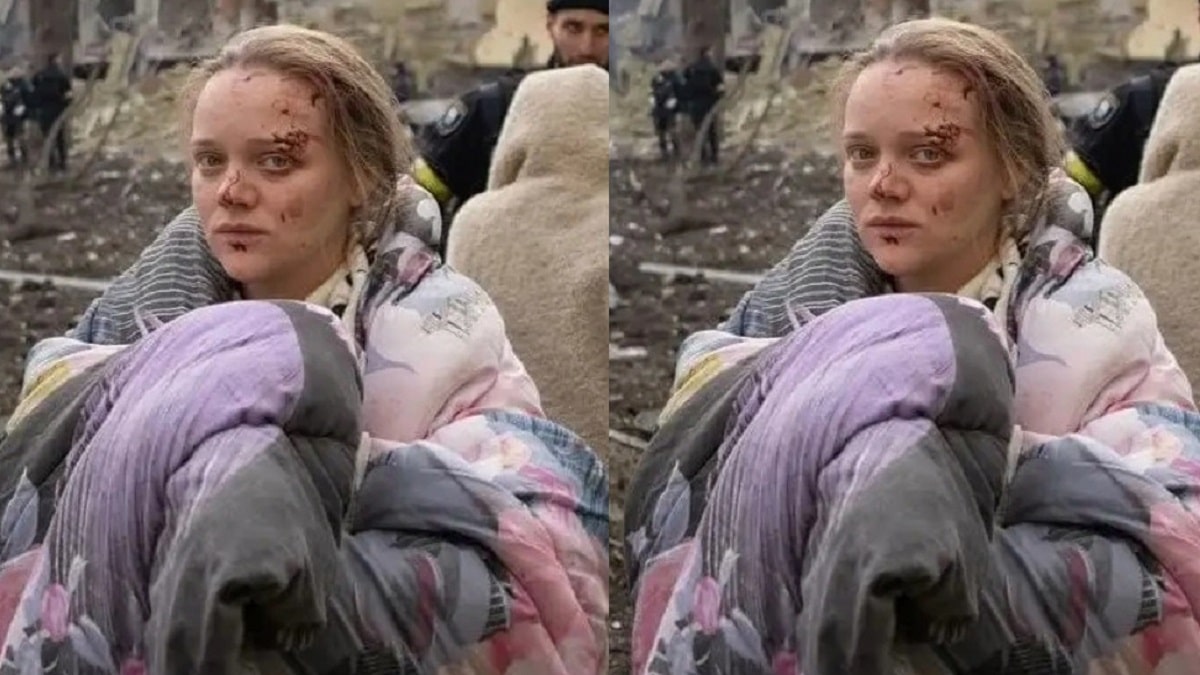 Marianna posted two photos that reveal her tarnishing condition amid her pregnancy. It could be seen that Marianna has several bruises on her face, nose and head. It is difficult to assess other injuries as she is seen wrapped up in a quilt.

The photos reveal the condition of many Ukrainians who are suffering the brutality of this ongoing war. The Russian Embassy sparked outrage by slamming her for spreading fake news. The Embassy in London termed her as a crisis actor.

They used her profession to target her. Her account was filled with several hateful messages wherein it was said that she is a beauty artist who poses as a victim. Well, the Russian Embassy claims so. Reliable sources reveal that Marianna is pregnant and is in her crucial stage of pregnancy. Russian Embassy is now getting slammed for its cruel comment for Kremlin’s attempt to prove its innocence.

The truth, however, is that neither Marianna is a part of any neo-Nazi Ukrainian military group nor is she wearing realistic makeup. She survived the recent Russian missile attack on a hospital in Mariupol.

People across the globe are criticising Russia for making her an ugly target to their tactics of proving their innocence. It’s sad that amid war situations, Russia has the bandwidth to question the characters of even pregnant victims.

Not just this, Twitter has also removed the Russian Embassy tweet claiming that the maternity house was no longer operational. The truth is there were innocent patients there. The hospital in Mariupol is not a base for any neo-Nazi Azov Battalion Twitter declared this post as fake. The Ukrainian officials released a statement today stating that the attacked hospital in Mariupol gives a vivid description of the horrifying assault. Three individuals died along with 6-yea-old. They mentioned that at least 17 badly injured individuals were rescued from the site. Marianna is one of them!

Olga Tokariuk, a disinformation researcher took to Twitter after she received an update from a relative of Marianna. She has given birth to a baby girl and is safe. However, bombings continue in Mariupol.

I received an update from a relative of Marianna – a pregnant girl from Mariupol's bombed hospital. They were able to reach her on the phone briefly. Last night at 10pm, Marianna gave birth to a baby girl! They are ok, but it's very cold in Mariupol and the bombing doesn't stop pic.twitter.com/PSLxI6I0zZ

Here is how people are reacting:

Marianna. You are now a symbol of Ukraine – a peaceful woman, who is carrying a baby, attacked by real weapons and by fake internet warriors full of hate. History and humanity are on your side. pic.twitter.com/93McDjMxE0

Dear Marianna, ignore the haters. Most won’t even know the truth of the war in Ukraine. You & baby are in my thoughts, as well as millions around the world. You are a brave lady & I wish you didn’t have to go through this especially at this precious time. Sending love to you both

What Russia fails to understand is that it’s not just Ukraine that is suffering the consequences. Even Russia has already lost around 200-4000 troops. Ukraine is also paying a hefty price with the killings and displacement of several people.

It’s not just the story of Marianna, there are so many other innocent women, men, and children who are suffering. What do you think about this abuse on a Ukrainian national?