Police authorties have identified the monster, who killed at least 5 and injured 25 others in an LGBTQ nightclub in Colorado Springs, Colorado, just before midnight Saturday (Nov. 19). The suspect in the shooting at “Cub Q” has been identified as Anderson Lee Aldrich. Here is everything you need to know about this man and the motive behind this mass shooting. Who Is Anderson Lee Aldrich? The suspect behind the brutal mass shooting at Club Q, Colorado, has been identified as Anderson Lee Aldrich, according to Colorado Springs Police Chief Adrian Vasquez. Anderson used a long rifle in the shooting and two firearms have been found at the scene.

Upon entering the LGBTQ club, Anderson opened fire, killing at least 5 people and injuring 25 others, before two people confronted and fought the gunman and prevented further violence, the authorities revealed. Vasquez said. “We owe them a great debt of thanks,” he said.

Police has stated that the gunman is being treated at a hospital. More details are yet to be revealed about this person and it is being investigated whether the attack was a hate crime against the LGBTQ community or not.

What Happened At Club Q?

The mass shooting at Colorado Springs LGBTQ club took place just before the “Transgender Day of Remembrance on Sunday (Nov. 20), and has rekindled memories of the 2016 attack at the LGBTQ nightclub in Orlando, Florida. The attacks seem to be a similar attempt to harm this community.

A 22-year-old gunman, now identified as Anderson Lee Aldrich entered Club Q, killing five people and leaving more than two dozen people injured. However, he was subdued by two “heroic” patrons and was arrested by the police, who decided not to shoot him. During a news conference yesterday (Nov. 20), Colorado Springs Police Chief Adrian Vasquez revealed the identity of the gunman.

Vasquez described the nightclub as a safe haven for LGBTQ citizens and revealed details about the shooting. He said, “the suspect began shooting at patrons immediately after he entered the venue. As he moved further inside, at least two people confronted and fought him, stopping him from firing. The suspect used a “long rifle” and authorities found at least one other firearm when they arrived at the scene.” 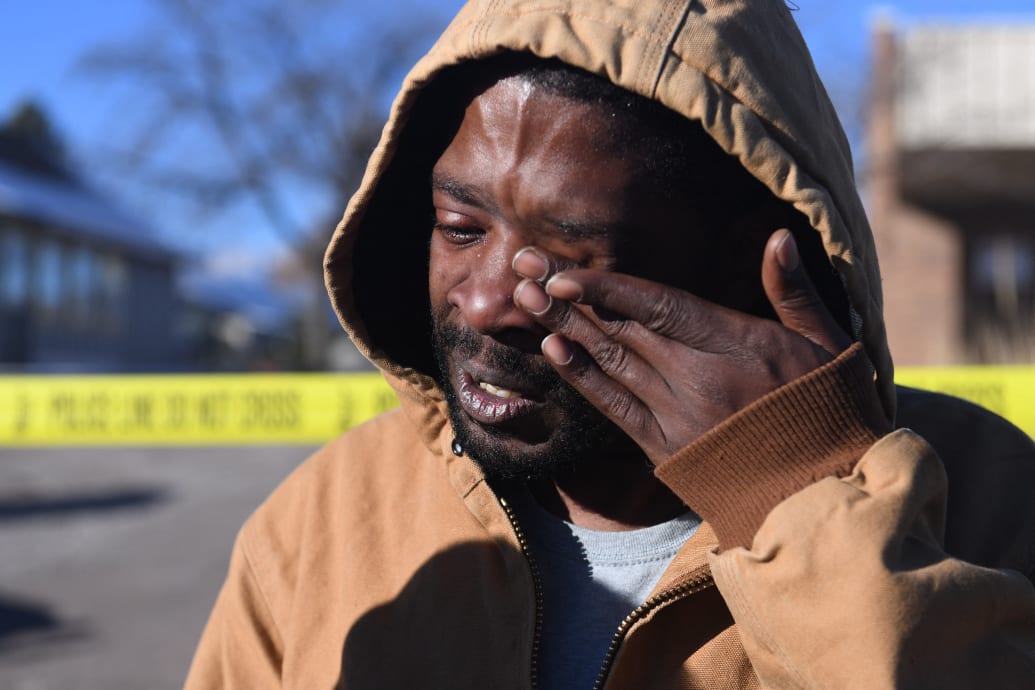 City officials confirmed that 25 people were injured, seven out of which are in critical condition. Some were hurt while trying to flee the club. Investigators are still determining a motive and they’re deciding if it should be prosecuted as a “hate crime”, as expressed by  El Paso County District Attorney Michael Allen. Charges against the suspect “will likely include first-degree murder,” he further added.

Colorado Springs Mayor John Suthers applauded the two people and stated that “one or more patrons heroically intervened to subdue the suspect, and we praise those individuals who did so because their actions saved lives.”

As for the victims, Daniel Davis Aston, a bartender at Club Q, was killed during the attack. News outlets reported that his family is shaken by the incident. Aston was 28-year-old, his mother, Sabrina Aston, confirmed. “He was our baby and he was our youngest. He had an older brother and they were 18 years apart,” she revealed with a heavy heart.

Another victim who was injured has been identified as Tara Bush, famously known as DJ T-Beatz. She is said to be “Ok” and is currently in the hospital. The CEO of a national LGBTQ-rights organization, Kevin Jennings of Lambda Legal, reacted to the brutal attack and pleaded for tighter restrictions on guns. He said:

“America’s toxic mix of bigotry and absurdly easy access to firearms means that such events are all too common and LGBTQ+ people, BIPOC communities, the Jewish community and other vulnerable populations pay the price again and again for our political leadership’s failure to act,” he said in a statement. “We must stand together to demand meaningful action before yet another tragedy strikes our nation.”

Club Q released a statement and said it was “devastated by the senseless attack on our community” and thanked “the quick reactions of heroic customers that subdued the gunman and ended this hate attack.” The club also planned to hold a drag brunch and a drag show on Sunday for Transgender Day of Remembrance. However, the website says it’s “closed until further notice”.

Colorado has become a hub for some of the most heinous mass shootings. From the 1999 shooting in Columbine High School to the 20220 movie theatre shooting in Aurora, the place has seen some brutal mass shootings in US history.

A similar attack took place in 2016 at an LGBTQ nightclub in Orlando, Florida, in which “a gunman who pledged allegiance to the Islamic State killed 49 people and wounded at least 53”. Our prayers go out to the families who lost their loved ones in this attach