The Voice Kata Hay star has reportedly been arrested on the suspicion of child sex abuse with a 16-year-old boy. The musician appeared on the popular singing show back in 2016. She was taken into custody on Tuesday from County House, Tennessee. More About The Sexual Relationship With A Minor

The procured legal documents suggest that Hay had sexual contact with a 16-year-old boy. She allegedly made sexual comments about the young boy in front of his parents when she was staying with them.

It is believed that these comments led to the  sexual contact. The teenager claimed that Hay kissed him and also forced him to touch her ‘inappropriately’. This happened multiple times without any consent from the teenage boy.

Alleged Proof of The Incident

The documents mentioned that the mother of the boy came to know about it and confronted Hay. She also recorded the conversation on phone so there seems to be proof where Hay admitted that the incident between her and the boy did happen.

The age of consent in Tennessee is 18 years old, which makes the boy short of 2 years of legal age.

The mother of the victim believes that Hay was under the influence. Hay was arrested and also processed for probation violation in a separate DUI case. She reportedly told TMZ that “As you know, charge is not conviction”.

Kata Hay grew up in a trailer park in Oklahoma. She is an American country music performer, who is best known for her appearance on The Voice back in 2016.

Before making it on the show, she had attempted to get through four times. Her blind audition went live on 1st March 2016 where 3 out of 4 coaches turned their chairs, meaning that they wanted her on their team.

Coach and singer Blake Shelton was the only judge to not turn his chair while the other three judges Adam Levine, Christina Aguilera, and Pharrell Williams did turn their chairs around.

Hay went on to choose Aguilera as her coach. She also admitted that Aguilera was her first girl crush. She also went on to say “You’re so frickin beautiful in person.” Aguilera complimented her back to which Hay said “Shall we just make out now and get it over with?” 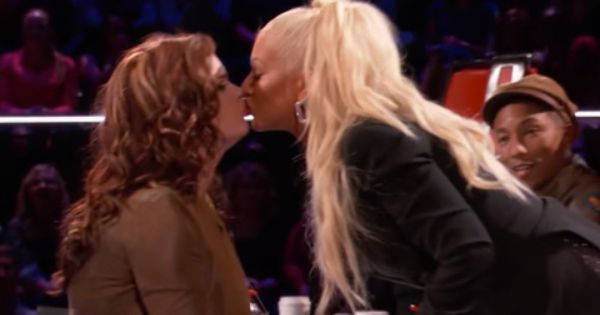 Interestingly, the two of them went on to share a kiss on screen. Although this was a light moment back then, it certainly seems a bit sketchy now.

Hay reportedly got in trouble with her girlfriend over the kiss, but she said that it was “totally worth it”.

Neither Aguilera nor The Voice has released any statements about their stance on the issue. Although, neither of them should be affected by the incident as there are thousands of contestants who participate each year.

It is impossible to judge the character of a person from a brief interaction, let alone know how the person would turn out to be in the future. More details about the case and Hay’s side of the story will be revealed as the investigation progresses.