Marvin Gaye’s wife Janis Hunter Gaye has left for the heavenly abode. Janis, the second wife of the Motown legend Marvin Gaye and the inspiration behind many of his hit songs has died.

Janis passed away at the age of 66 on Saturday, December 3, 2022, at her home in Rhode Island. Continue reading further to know the cause behind the death of Marvin’s wife Janis Hunter Gaye. 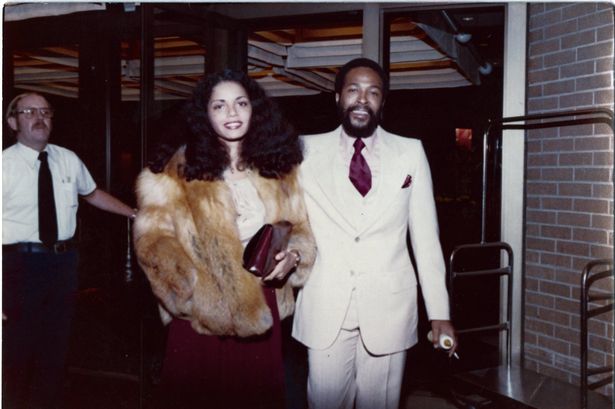 What was the reason behind the death of Marvin Gaye’s wife Janis Hunter Gaye?

According to a report by the Hollywood Reporter, Marvin Gaye’s second wife Janis Hunter Gaye passed away at her home in Rhode Island. At that the time of her death, she was 66 years old. As of this moment, Janis’ family has not disclosed the exact reason behind her death publicly.

It has been reported by the media outlet that Janis met the Ain’t No Mountain High Enough singer via music producer Ed Townsend during a 1973 recording session at Hitsville West in Los Angeles for his album Let’s Get It On, which saw the light of day that year. Motown legend Marvin’s song Got to Give It Up, which bagged the no. 1 spot on the Billboard charts even featured her voice on the background vocals. The pair tied the knot in the year 1977 and they parted ways in 1981. They welcomed a daughter together named Nona Gaye.

What did Nona Gaye have to say about her mom Janis Hunter Gaye?

Marvin and Janis’ daughter Nona Gaye issued a statement after the death of her mother. She said, “I am deeply saddened by the passing of my mother, Janis Gaye. She was the most influential woman in my life and many others. I believe once you met my mother Jan, she wasn’t a woman you could ever forget.”

Nona went on to say that her mom Janis “never said anything that she didn’t mean.” She further added, “Every day she was here it was about the love she felt for her husband, children, grandson, and the friends she met all over the world.” She continued, “From the time she met my father, she was exposed to the way he saw this world was aching, and she did her best to preserve his legacy as he was taken from us far too early.” Marvin who was popularly known as the ‘Prince of Motown’ was killed by his own father in the year 1984.

We send our deepest condolences to the friends and family members of Janis Hunter Gaye during this difficult time. May her soul rest in peace. Don’t forget to stay tuned with us for the latest updates from the world of entertainment.