American rapper Blueface, who goes by the name Johnathan Jamall Porter, was arrested for felony attempted murder with the use of a deadly firearm or tear gas. The Clark County Detention Center confirmed that he is currently booked on no bail for the murder charge. The 25-year-old rapper was, however, scheduled to appear in court today (Nov. 16), and faces a possible three-year term in prison. Why Is Blueface In Jail? 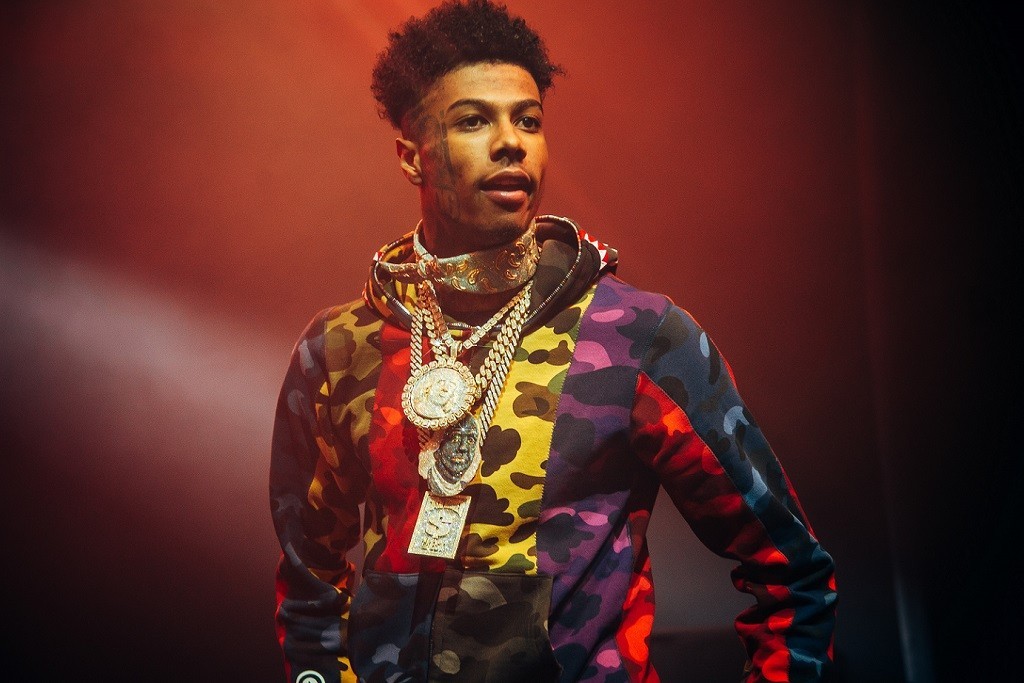 “Thotiana” rapper Blueface, whose real name is Johnathan Jamall Porter, was arrested on Tuesday (Nov. 15) in connection to a shooting that occurred in LA last month. The 25-year-old rapper was busted by undercover Las Vegas Metropolitan police officers outside of Lo-Lo’s Chicken & Waffles, while he was having a good time with his girlfriend, Chrisean Rock.

Blueface is booked at the Clark County Detention Center on open warrants for “attempted murder with a deadly weapon and discharging a firearm inside of an occupied structure, vehicle or craft. The LA-based rapper’s arraignment is scheduled for 8 a.m. local time on Wednesday. It has been reported he has a $408 cash bail for this charge. Later, more officers came in and help tackle the rapper to the ground. When questioned by one bystander, the officers revealed that they had a warrant for his arrest. The footage also shows that he was handcuffed and laid on his stomach before the cops turned him around and stood him up. His pockets were also searched before the police took him away.

Per the jail report, he was also booked for operating “an unregistered vehicle, trailer, or semi, per the report”. The footage of the incident revealed that Blueface was sitting on a bench with Chrisean, and one plain-clothed officer approached him and pushed him against the wall. Blueface’s girlfriend, who was left in shock after his arrest, reacted to the incident on Instagram. It has been reported that Chrisean Rock was also handcuffed during Blueface’s arrest. She told her followers that she would be supporting her boyfriend during the court appearance today, and expects him to come home soon. However, there is no news regarding his release yet.

A Rapper Known For His Controversies… This is not the first time that Blueface had a run-in with police authorities. Earlier this year, the 25-year-old rapper was arrested with a loaded gun during a traffic stop in Hollywood. In 2019, he was arrested for possessing a loaded, unregistered gun.

In 2018, the rapper was approached by a man at a Chevron gas station in an attempt to rob him. In retaliation, the rapper shot at his car and was later arrested for shooting at an occupied vehicle, which is a felony in the state of California. He was released on a $69,000 bail. If you’re not aware, days after the alleged incident, Blueface shared videos on his Instagram, which were related to a music video which take place in a courtroom and jail.

As for his recent arrest, the identity of the victim has not been verified and the specific details of the incident, which supposedly occurred on October 8, have not been made official. But again, was it right to handcuff his girlfriend? Well, that’s illegal. This story is still developing. Keep reading for more updates.