Kyle Rittenhouse: The Teenager Who Shot Dead Two Men and Got Acquitted

Kyle Rittenhouse, a US teenager who was accused of killing two people and injuring one last year following chaos on the streets of Wisconsin has been acquitted of all charges by the Jury on Friday.

His attorneys have claimed that what Rittenhouse did was an act of self-defense during his murder trial. 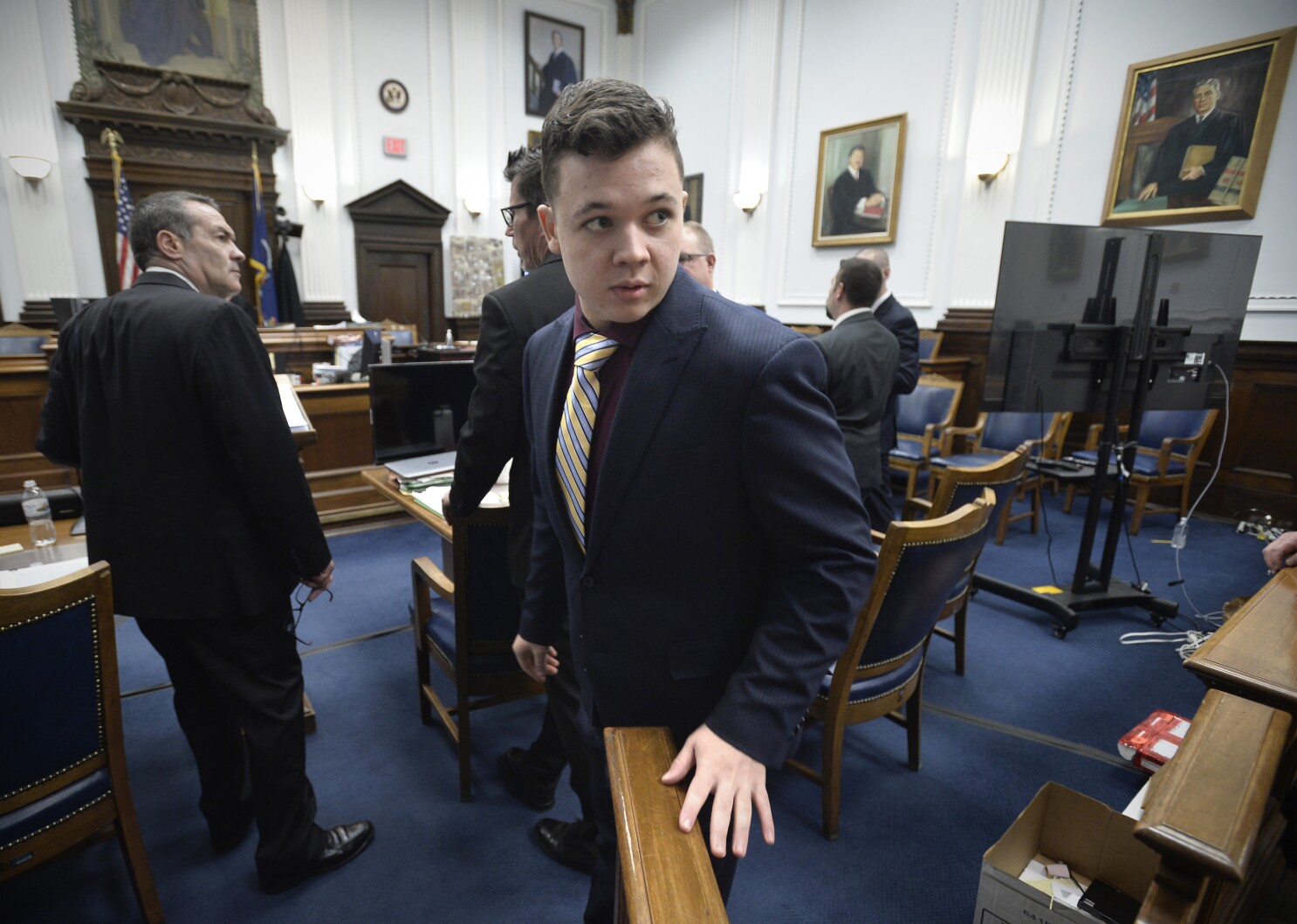 The 18-year old Rittenhouse was accused of murdering two men and injuring others during a riot last year in August 2020 in Kenosha.

The case of Kyle Rittenhouse’s homicide has almost reached its conclusion, with final arguments scheduled on 22nd November (Monday) followed by the deliberations by the jury on 23rd November (Tuesday). 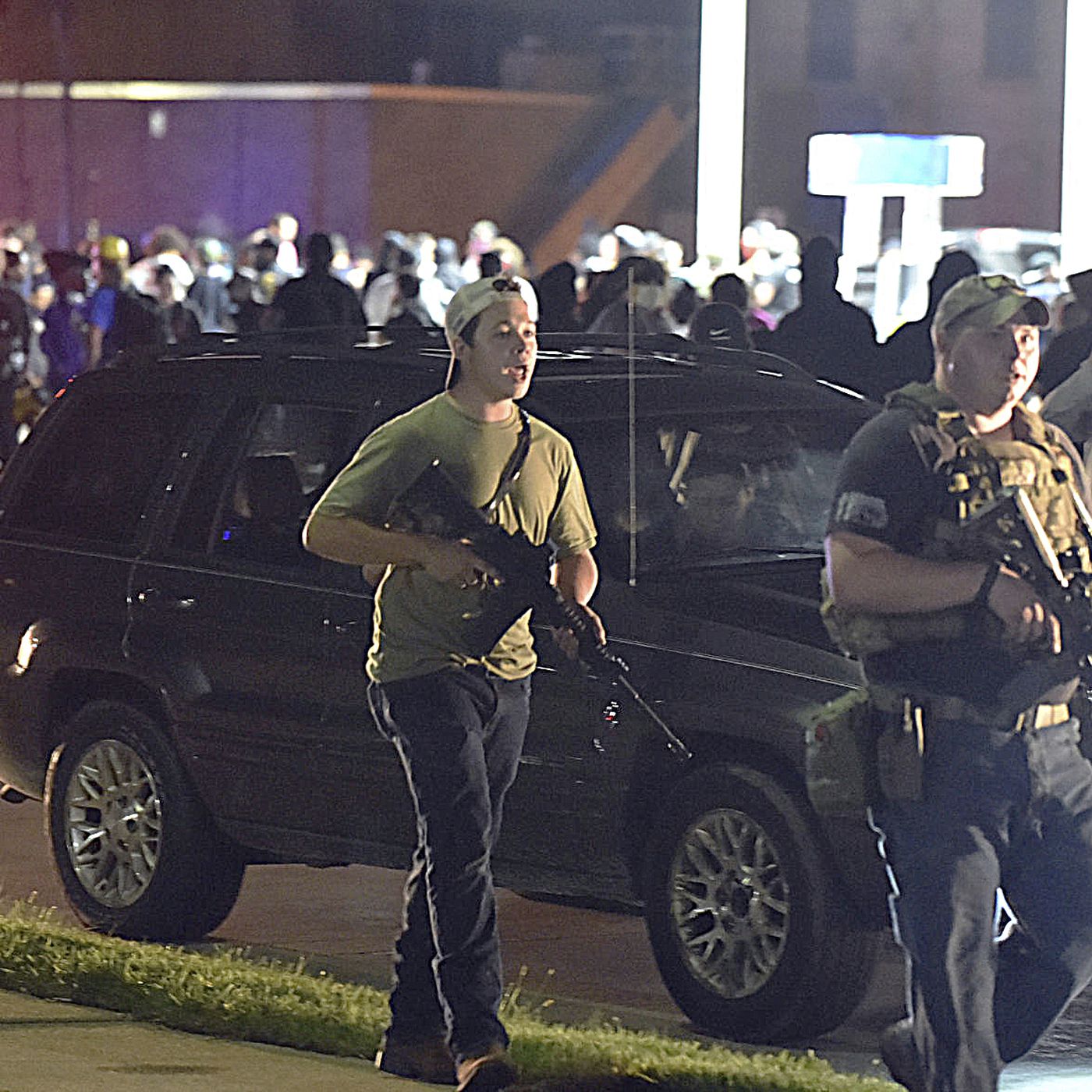 Even though the defense attorneys have claimed that the act was self-defense, the prosecution has described him as the perpetrator of the crime with loads of proof available to show that the killing of people is not justifiable, according to CBS News.

Kyle Rittenhouse has described the incident that happened on that night during his murder trial to jurors that he shot three men amid the chaos in Kenosha.

He further added that his intention was not to harm anyone as he was trying to escape his pursuers. He said, ” I didn’t do anything wrong. I defended myself’.

Series of events that led to the trial of Kyle Rittenhouse

On August 25, 2020, Kyle Rittenhouse traveled to Kenosha in the middle of protests when Wisconsin police have shot and injured Jacob Blake.

Rittenhouse shot three individuals with an AR-15 semiautomatic rifle that killed two persons (Joseph Rosenbaum, 36, and Anthony Huber, 26) and injured a third person (Gaige Grosskreutz, 27). Kyle Rittenhouse was 17 at the time of the incident.

Rittenhouse then ran away from the city and reached his home state of Illinois. After a month he was arrested and transported back to Wisconsin. This case has divided people well beyond Kenosha and raised concerns about racial justice, enforcement, weaponry, and privilege given to white people.

On 1st November, the trial of Rittenhouse began and went on for 8 days. During this period statement was recorded as evidence from approximately 30 eyewitnesses who were present at the time of the incident and more than 12 camera footage recorded from the scene of August 25, 2020, when he fired at individuals during a violent demonstration. 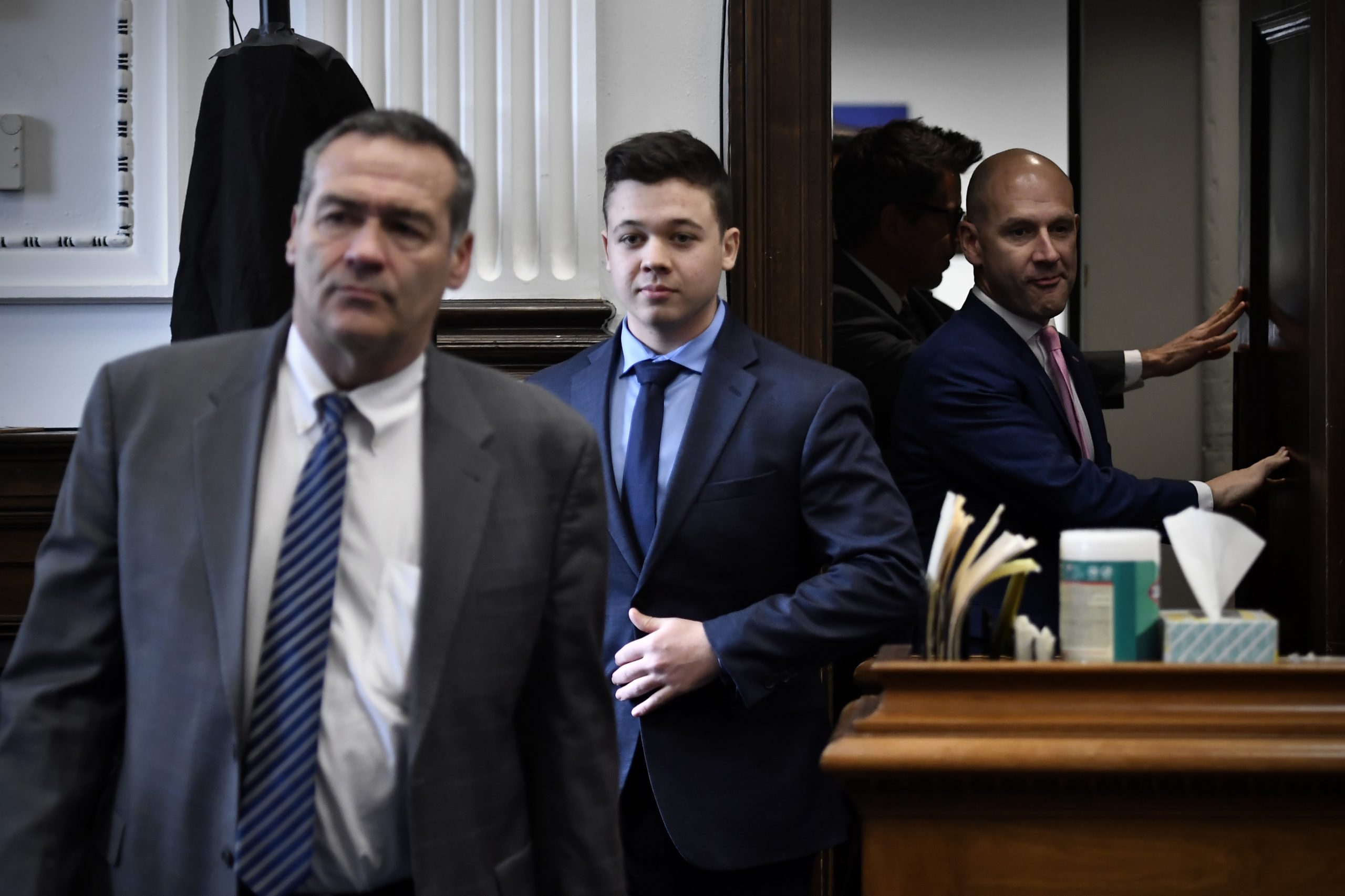 According to the news website of USA Today, Rittenhouse was represented by the prosecution as an Illinois tourist self-appointed member who took the responsibility as law enforcement without any legal authority against anti-police protesters.

The major turning point in the trial came when the injured person, Grosskreutz has testified and admitted that he pointed the gun at Rittenhouse before he fired his rifle, which hit him in the arm. Rittenhouse testified in his own defense said that he was scared of his life when he fired his gun.

Rittenhouse has pleaded not guilty to the homicide and attempted homicide charges and also to two charges of recklessly endangering safety, for firing his weapon near others. He claimed that he was forced to shoot in self-defense.

There were charges of illegal possession of a dangerous weapon by a minor as well against him, but the judge has dropped them during the trial.

Who is Kyle Rittenhouse? 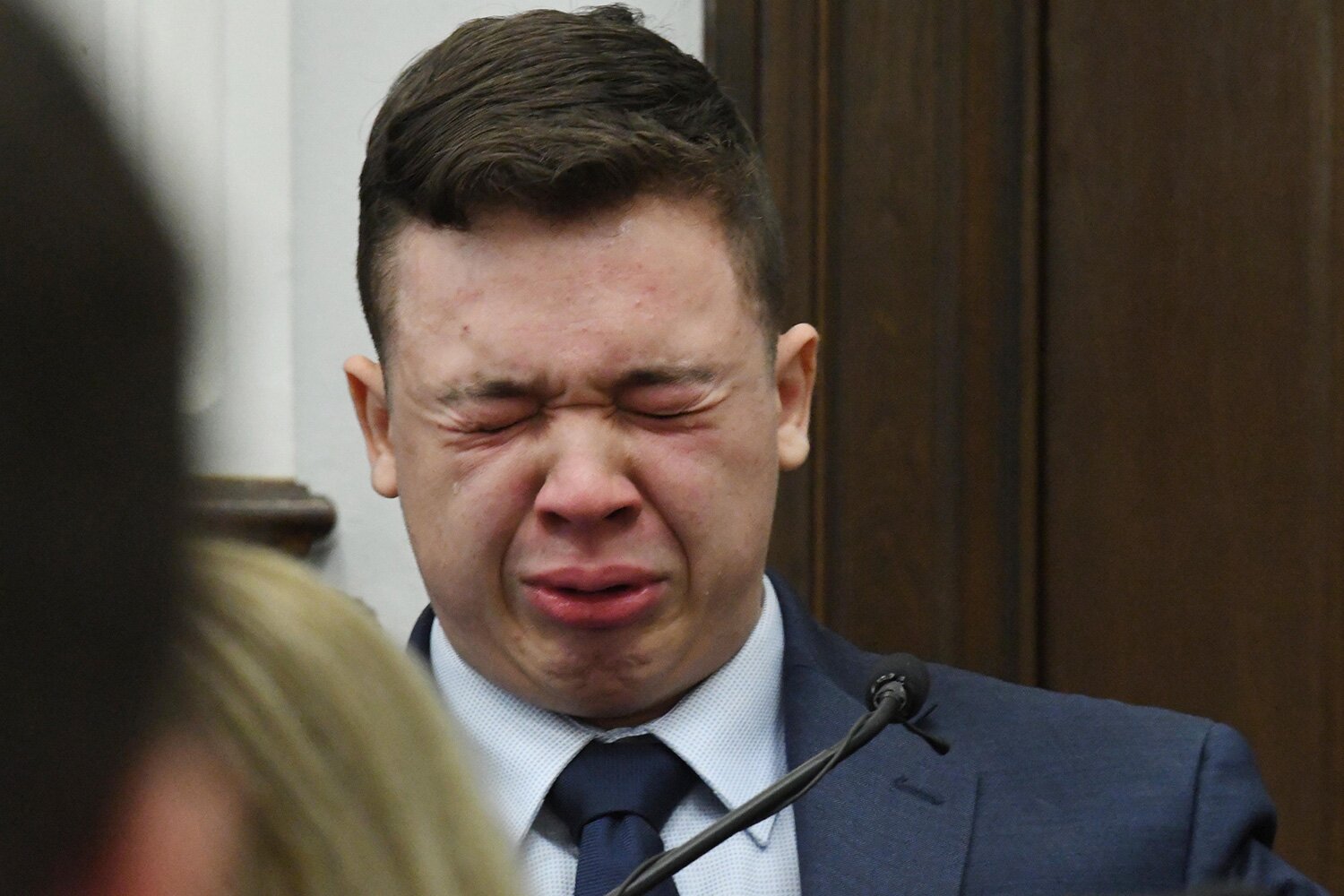 Rittenhouse confirmed that he came to the city that night from his home in Illinois and started patrolling the streets to protect local businesses and offer first aid as there was civil disorder because of the demonstrations.

Rittenhouse has informed the jury members that he is presently pursuing a degree in nursing at Arizona State University. He said that he had served as a lifeguard in Kenosha and completed an EMT cadet program wherein he studied the process of CPR and basic first aid.

He admitted during the trial that he fraudulently acted as a trained EMT and unofficial security on the night of the incident. According to his lawyer, post the incident he has been suffering from post-traumatic stress disorder and is admitted to a rehabilitation center.

How did people and politicians including Joe Biden react post the verdict of Kyle Rittenhouse?

Supporters of Rittenhouse and Jacob Blake and Black Lives Matter have gathered outside the courthouse on 20th November ahead of the verdict and there was a face-off between the groups after the 18-year-old was acquitted. 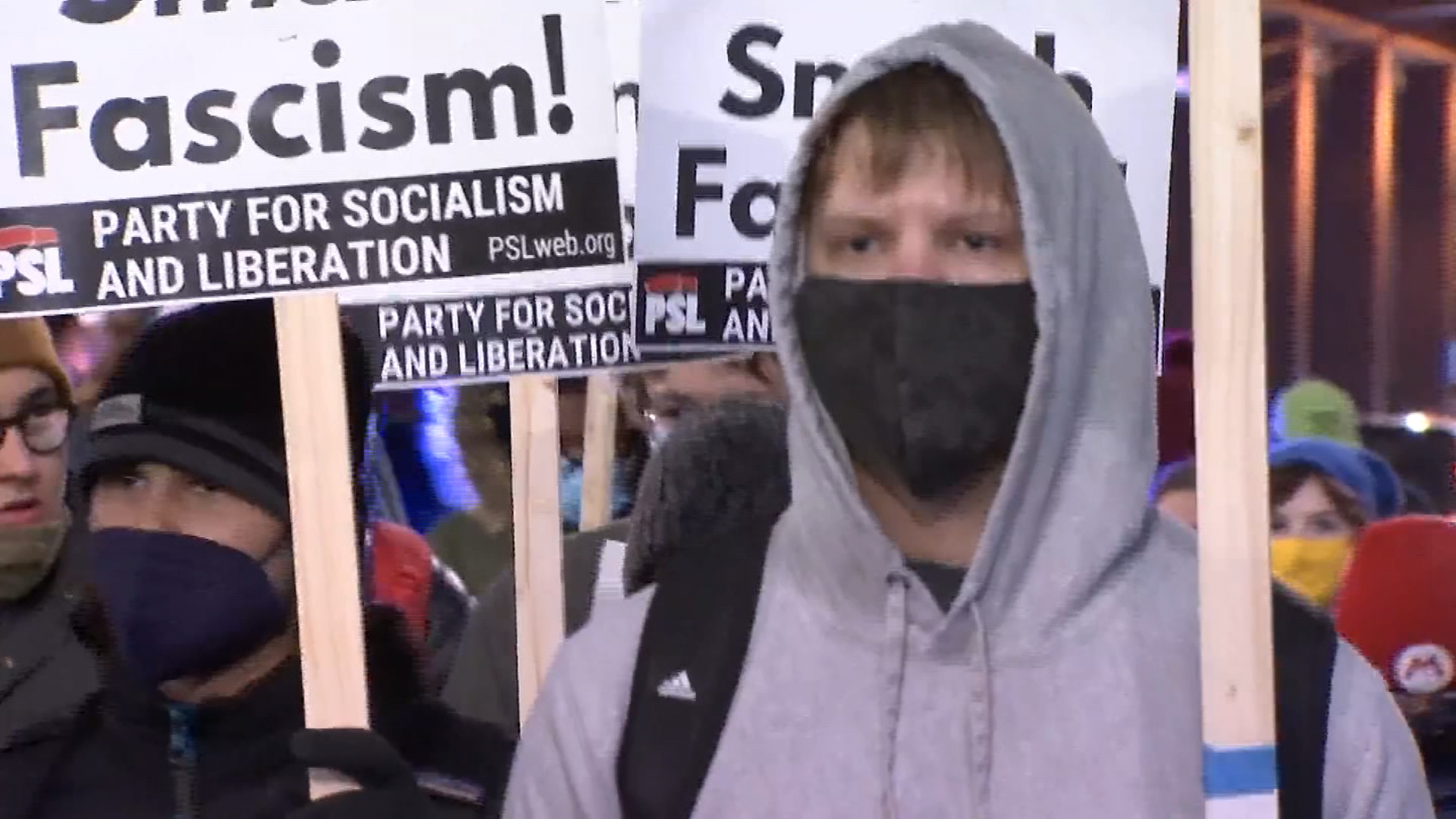 After the hearing, there were videos being circulated on various social media platforms like Facebook and Twitter where demonstrators were seen taking to the streets in New York to protest the acquittal of Rittenhouse.

I'm as happy for his mom as I am for Kyle himself. 🙏#KyleRittenhouse pic.twitter.com/EkegyYJXJE

Many prominent public personalities and politicians have shared their views on the verdict.

US president Joe Biden told reporters, “I stand by what the jury has concluded. The jury system works. We have to abide by it. I know that we’re not going to heal our country’s wounds overnight, but I remain steadfast in my commitment to do everything in my power to ensure that every American is treated equally, with fairness and dignity, under the law.” 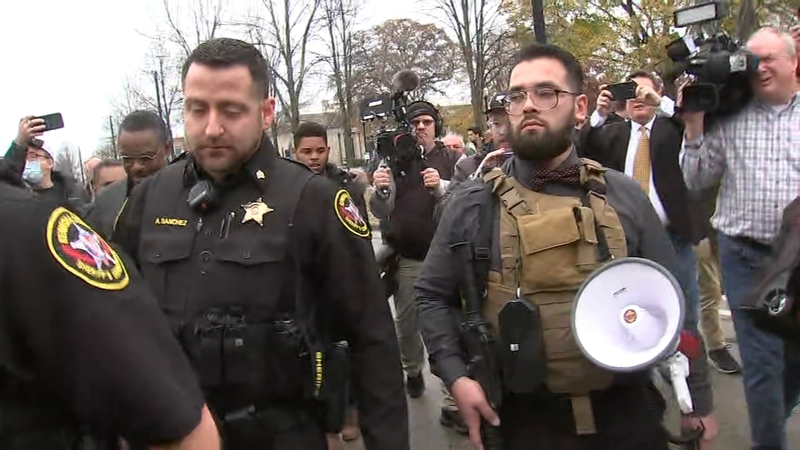 Biden later issued a statement and appealed to people to maintain law and order in the state and said he had a discussion with Wisconsin local authorities to offer any help for the safety of the public.

The statement read, “While the verdict in Kenosha will leave many Americans feeling angry and concerned, myself included, we must acknowledge that the jury has spoken.”

The verdict in the #KyleRittenhouse case is a travesty and fails to deliver justice on behalf of those who lost their lives as they peacefully assembled to protest against police brutality and violence.

The National Association for the Advancement of Colored People (NAACP) civil rights group tweeted by writing, “The verdict in the #KyleRittenhouse case is a travesty and fails to deliver justice on behalf of those who lost their lives as they peacefully assembled to protest against police brutality and violence.”

Stay hooked to this space for the latest news!