American Entrepreneur and founder of Amazon Inc, Jeff Bezos successfully completed his space trip which lasted for 11 minutes on Tuesday, 20th of July.

For those 11 minutes, he was not the richest person on this planet. The rocket which carried 3 more passengers along with Jeff was built by his own aerospace company Blue Origin.

This trip was the first mission that involved humans by Blue Origin and it was a sheer coincidence that it also happened to be the 52nd anniversary of the first moon landing. The rocket booster which took off from west Texas returned autonomously without any manual intervention to a landing pad which was few miles away from its launch site. 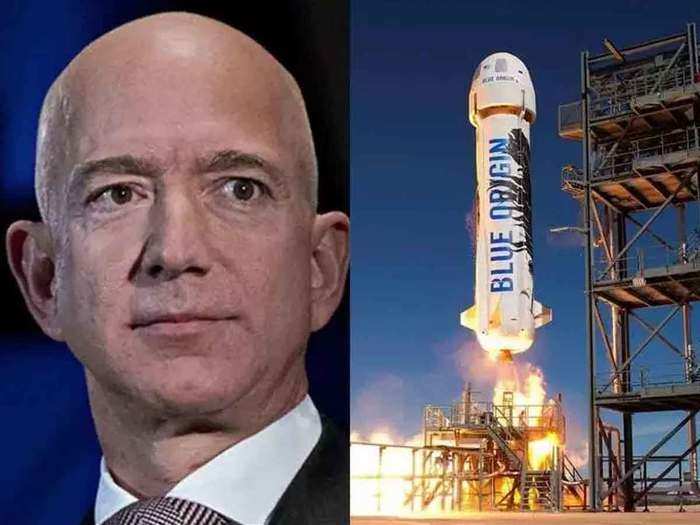 Bezos was seen in a blue suit and wearing a cowboy hat when he addressed a press conference after his trip into space, the 57-year-old Bezos said, “I want to thank every Amazon employee, and every Amazon customer because you guys paid for all this. My expectations were high, and they were drastically exceeded. The zero-G (gravity) piece may have been one of the biggest surprises because it felt so normal, it felt almost like humans evolved to be in that environment… It’s a very pleasurable experience.”

Bezos is the second billionaire to travel to space in recent times. Richard Branson, founder of Virgin group was the first person who flew into space in a rocket plane on July 11. And his own company Virgin Galactic made that plane. It is expected to cost approximately $250K for Virgin Galactic’s spaceplane. 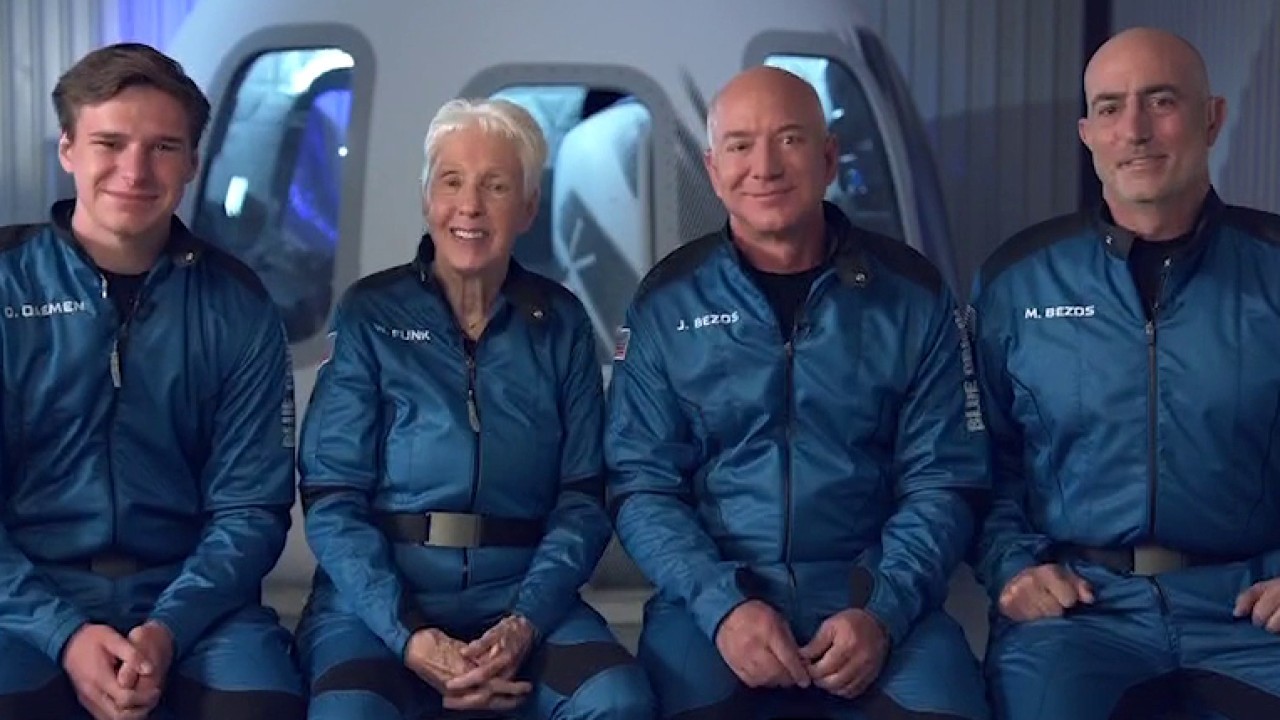 There were three other people who were on board along with Bezos, his brother Mark, 53, Wally Funk, 82, probably the oldest human to fly in space, and the youngest 18-year-old Oliver Daemen. Bezos had the ambition to travel to space when he was 5 years old.

Check out some of best photos from today’s historic #NSFirstHumanFlight pic.twitter.com/aqQg0gzxi4

Bezos founded Blue Origin in the year 2000 with the aim to build floating space colonies with artificial gravity so that people can live and work there. Blue Origin, which is based in Kent, Washington with an employee base of 3,500 also builds rocker engines that are used during satellite launches.

Blue origin did not disclose details of its upcoming plans, however, the company said that they plan to do two more flights this year and “many more” next year. There were no details disclosed by the company about the price of future space trips.

Bezos recently stepped down from the post of chief executive officer (CEO) of Amazon to hand over responsibilities to Andy Jassy so that he can devote more time to his space exploration company Blue Origin. Bezos said that he was selling $1 billion worth of Amazon stock each year in recent times to finance rocket company, Blue Origin.

His press conference message did not go well with his critics with people expressing their angst on social media platforms.

One such message was from US Senator Elizabeth Warren who tweeted, “Jeff Bezos forgot to thank all the hardworking Americans who actually paid taxes to keep this country running while he and Amazon paid nothing, It’s time for Jeff Bezos to take care of business right here on Earth and pay his fair share in taxes.”