A report from CNN brought a twist to the current U.S. Capitol Riot probe after it published the news that the U.S. Secret Service has identified missing text messages in connection with the Jan 6. riot on the phones of 10 agency personnel. The news comes after the Secret Service was investigating its own staff following the accusation that the agency did not retain records required by the investigations into the riot. Moreover, they hold even more importance after Cassidy Hutchinson’s testimony. Read on to learn more about this recent development amid the House Committee meeting concerning the Jan 6. riot. 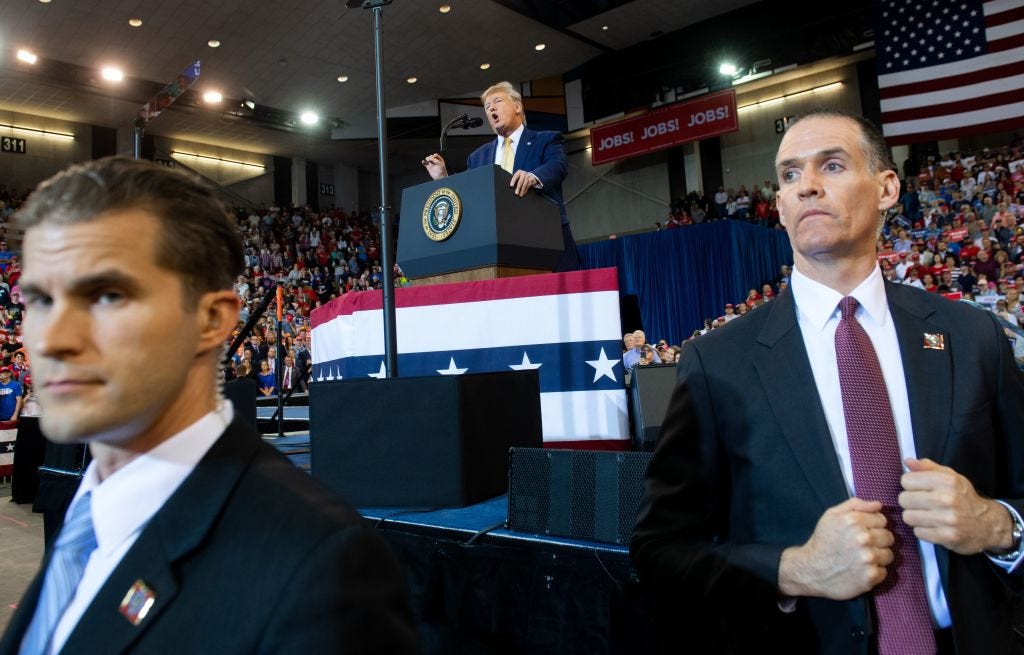 Secret Service is always these men in dark suits and earpieces who remain near the president but ideally outside the frame. But when they become the focus of a political scandal, one knows that something has truly gone wrong. The same happened with Secret Service lately as some deleted text messages concerning the Jan 6. riot on the phones of 10 agents come to the light.

The Secret Service investigators have scrutinized the phones of 10 Secret Service personnel which contained metadata showing “ text messages were sent and received around January 6, 2021, but were not retained,” two sources told CNN. The investigation came after the Department of Homeland Security inspector general asked for the text records last year of 24 individuals at the Secret Service who were involved on January 6, but only one text had been produced.

After the issue ignited among the public, an official criminal investigation was launched into the matter by the inspector general, and lawmakers demanded answers from the Secret Service to go back and find out what happened to the texts that may have been deleted. However, it was put to a halt after a July 20 letter from the DHS inspector general informed the “agency there was an ongoing criminal investigation, directing the Secret Service to stop its own probe”.

These missing Secret Service text messages have become significant after the former White House aide Cassidy Hutchinson testified about an astonishing scene wherein she accused President Donald Trump of wresting control of a Secret Service vehicle in order to join the crowd at the Capitol on Jan 6. She basically relayed a story told to her by Tony Ornato, a top White House aide on detail from the Secret Service and Bobby Engel, the head of Trump’s security detail.

What Is The Progress?

Presently, it is unknown what these messages were about but they certainly are mysterious and criminal in nature. Investigators, however, are working to determine whether the contents of these messages sent by 10 personnel contained the information that should have been preserved, a close source revealed.

The source added that “according to a letter sent from the Secret Service to the House select committee investigating the insurrection, which has also sought messages around January 6 from the Secret Service, the inspector general asked for records from the 24 personnel in June 2021 — more than two months after the migration had been completed.”

Why Are These Messages Vital? Last week, the inspector general for the Department of Homeland Security, who is the head of the Secret Service, sent a letter to Congress informing them that “text messages sent by agents on and before January 6 had been erased.” A spokesperson for the Secret Service claimed that this was part of a long-planned “system migration,” but the erasures have now spurred a criminal investigation after investigators could find only a single relevant text message from two dozen agents subject to a congressional subpoena.

The issue escalated after the Washington Post reported that the DHS inspector general was aware of the erased message since February but chose to stay silent. This resulted in a joint statement last week from Reps. Bennie Thompson (D-MS) and Liz Cheney (R-WY), the chair and vice chair of the House’s January 6 committee:

We have concerns about a system migration that we have been told resulted in the erasure of Secret Service cell phone data. The U.S. Secret Service system migration process went forward on January 27, 2021, just three weeks after the attack on the Capitol in which the Vice President of the United States while under the protection of the Secret Service, was steps from a violent mob hunting for him. Four House committees had already sought these critical records from the Department of Homeland Security before the records were apparently lost. Additionally, the procedure for preserving content prior to this purge appears to have been contrary to federal records retention requirements and may represent a possible violation of the Federal Records Act.

Now, knowing the content of these text messages between agents would confirm what happened on Jan. 6 and would ultimately prove Trump’s intent to join the crowd at the Capital in its effort to overthrow the 2020 presidential election, a fact we all already know.

However, these messages might shed some light on what Trump was up to during this attack. In last week’s hearing, the committee stated that Donald Trump spent most of the time during the attack watching Fox News and lobbying senators to back his efforts to overturn the 2020 elections. So yea, finding what’s behind these mysterious messages would definitely serve the purpose.