Oscar-nominated American actor and activist James Cromwell staged a protest against Starbucks by gluing his hand to the counter of a Starbucks café in New York City.

The incident occurred on 10th May, Tuesday against the coffee chain’s policy of collecting more money for plant-based milk. 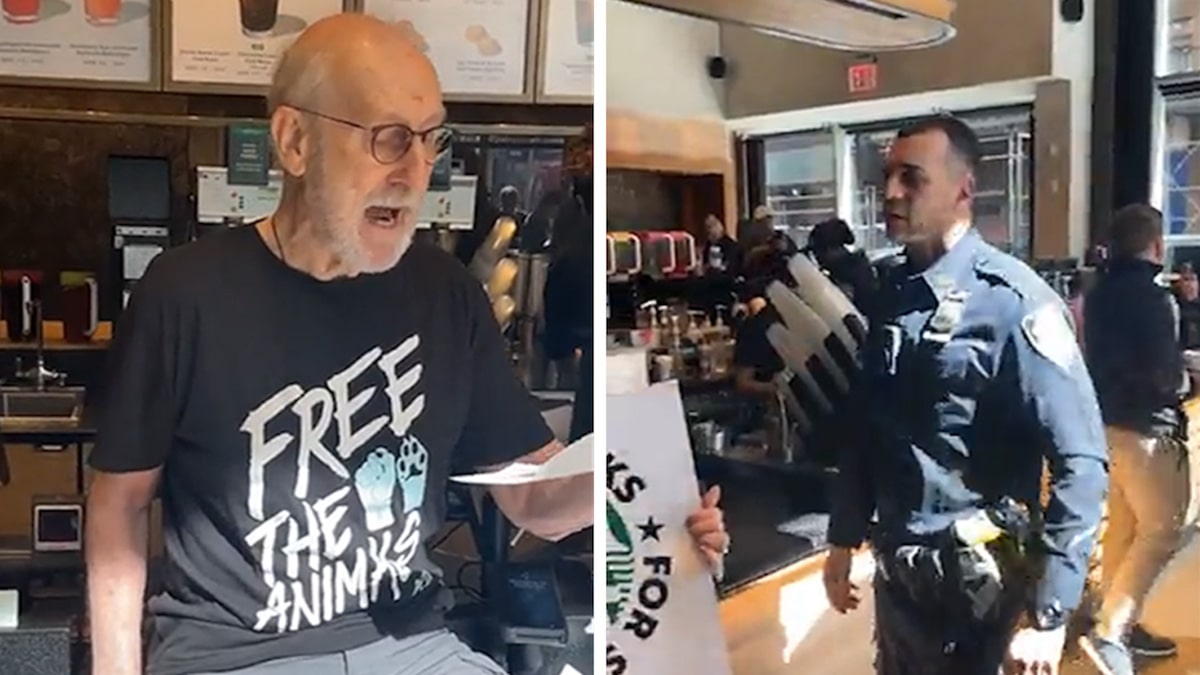 The protest started just before 10 AM EST as per the live telecast aired by PETA on the social media platform, Facebook on Tuesday morning.

The actor who featured in movies like “Babe,” “L.A. Confidential” and “Succession” glued himself to the café counter and started reading a statement.

He denounced the company policy of vegan-milk upcharge saying it is not only harmful to the environment but also discriminatory toward people who are suffering from lactose intolerance as per the National Institutes of Health.

James Cromwell glued himself to a Starbucks counter 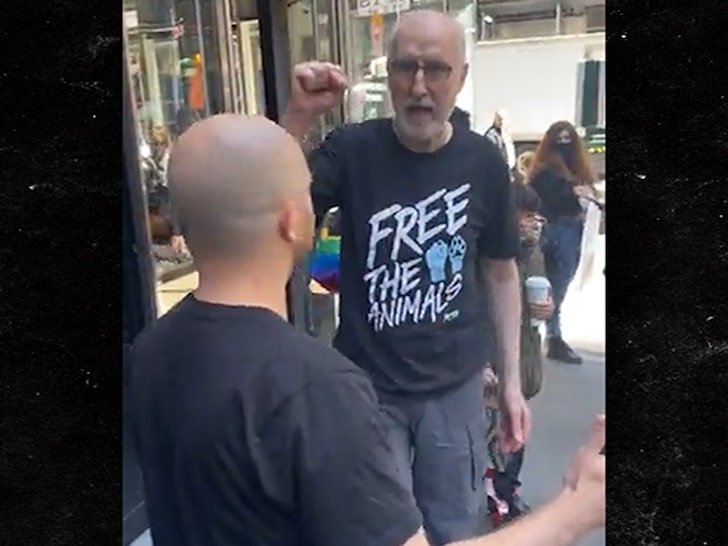 “My friends at PETA and I are calling on Starbucks to stop punishing kind and environmentally conscious customers for choosing plant milks. When will you stop raking in huge profits while customers, animals and the environment suffer? When will you stop penalizing people for their ethnicities, their morals?”, said Cromwell.

PETA and Cromwell are of the opinion that the company is differentiating against people who can’t have dairy by levying extra amounts for vegan alternatives like almond milk and oat milk. It is indeed a matter of life and death according to the 81-Year-Old actor who perceives this as a climate catastrophe.

“We all have a stake in the life-and-death matter of the climate catastrophe, and Starbucks should do its part by ending its vegan up-charge.” After reading his statement, Cromwell along with other activists started saying, “Save the planet, save the cows. Stop the vegan upcharge now!”.

No response from Stаrbucks yet

Police officials visited the place after some time and asked protestors to vacate the place as the Starbucks district manager sought their help in vacating the protesters from the property. Cromwell along with another activist John Di Leonardo who also superglued himself to the counter unattached themselves after some time.

Stаrbucks did not release any official statement yet on this incident at the time of writing this article. The outlet was temporarily shut down. A similar protest in Seattle

Last month, PETA staged a similar protest at the company’s headquarters in Seattle which resulted in the arrest of two activists who glued themselves to the counter. PETA also collaborated with Paul McCartney a few weeks ago to request the company terminate its policy of levying extra amounts for alternative milk.

Starbucks has acknowledged last year saying, “dairy is the biggest contributor to Starbucks carbon footprint and it is working on new approaches to sourcing sustainable dairy”. However, the company did not announce any future plans to scale back on its dairy offerings.

The superglue protest is akin to what people witnessed during an NBA game in Minnesota last month when a protester glued her hand to the court to protest Timberwolves owner, Glen Taylor, and his factory egg farm.

Stay connected to this space for more news and updates from around the world!