As disgusting as it is for me to write about this, it’s unfortunate what Iranian civilians have been undergoing for years. Even though Mahsa Amini’s protest has witnessed more than 154 killings, Iran’s “horrible government” cannot stop conducting its atrocities. Now, Iranian athlete Elnaz Rekabi has become another target of Iran’s Guidance Patrol. It is reported that the 33-year-old athlete will be jailed for competing without a hijab at Seoul’s  International Federation of Sport Climbing’s Asia Championship. Elnaz also posted a message in her defense, which seems pretty intimidating to news outlets like BBC. Read on to know all about this incident. Iranian athlete Elnaz Rekabi is about to become another victim of Iran’s so-called “moral police”. The Iranian rock climber, who was competing at the Asian Championships climbing competition in Seoul, made headlines for competing without a head covering. A news organization in South Korea has reported that the 33-yar-old athlete will be jailed for the same as wearing a hijab is a mandatory requirement during sporting competitions.

The footage from the competition is viral all over social media, and some people are suggesting that her appearance was likely an “Act of defiance” against the foul practice. However, Elnaz has something else to say in her defense, perhaps, out of fear. She took to Instagram on Tuesday (Oct. 18) after returning back to Iran, and wrote that she did not wear a hijab during her climb because of “bad timing.”

“Due to bad timing, and the unanticipated call for me to climb the wall, my head covering inadvertently came off,” the message said. It also added that Rekabi was “alongside the team based on the pre-arranged schedule”. A correspondent at BBC Persia reported that Rekabi’s message appears to be written by someone under intimidation.

A Civil Unrest In Iran… 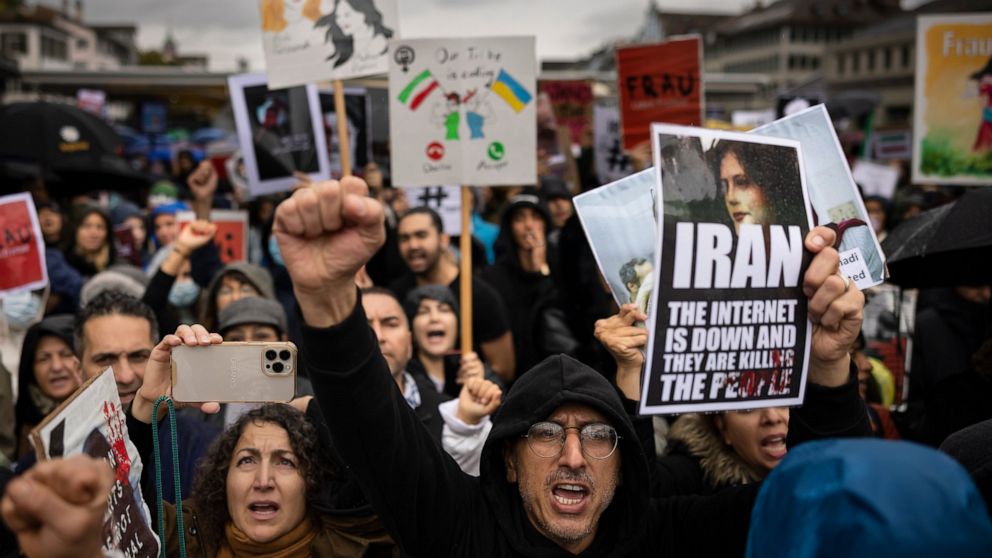 Iran, once ‘run by a great leadership’ before 1979, was known for its rich culture and was respected by others. The Persian empire was the greatest of all, known for its innovation, science, mathematics and poetry. As the Islamic Republic took over, it started forcing its ideology, propaganda and dictatorship on the people.

Not only this, but it slaughtered, murdered and stole from innocent people. Now, Iran is hated by every single country because of its horrible government and for being the biggest sponsor of terrorism. If you’re not aware, Iran has undergone a negative change since “the Iranian Revolution noticed the Islamic republic come into energy beneath Ayatollah Ruhollah Khomeini.”

As a result, civilians have been barred from internet access, and shockingly, more than 154 protestors have been killed as a result of the government’s intervention. From using live rounds and tear gas, Iran’s government has continued with its atrocities against civilians.

As for Elnaz, an Iranian news outlet reported yesterday that she will be jailed for what happened at the competition. Well, sometimes, I feel I am still in a much safer country. But hey, where are the world powers now? Where are the sanctions? Who is taking steps against these atrocities?