Petroleos Mexicanos, Mexico’s state-owned oil company on July 2, Friday said that fire was caught in the Gulf of Mexico due to a crack in an undersea gas pipeline. The flames caused by the fire were visible on the surface in the gulf waters. Flames that were bright orange in color resembled just like molten lava because of their circular shape.

In order to douse the fire and get things under control, Petroleos Mexicanos popularly known as Pemex has sent fire control boats to release more water over the flames. There was no human casualty reported in the Ku-Maloob-Zaap offshore field as reported by the company.

It took more than five hours to bring the situation in control which occurred 150 yards away from the drilling platform which is one of the most important and critical for the company. As per reports from Reuters, Nitrogen was also used to douse the fire.

It is not yet clear to ascertain the exact damage caused to the environment because of the gas leak and oceanic fireball. Journalists from Mexico reported the incident by sharing videos on social media platforms like Twitter and Facebook which went viral in no time and have been viewed by more than 10 million users. There was a strange reaction to this incident on social media as some viewers were confused and others concerned. 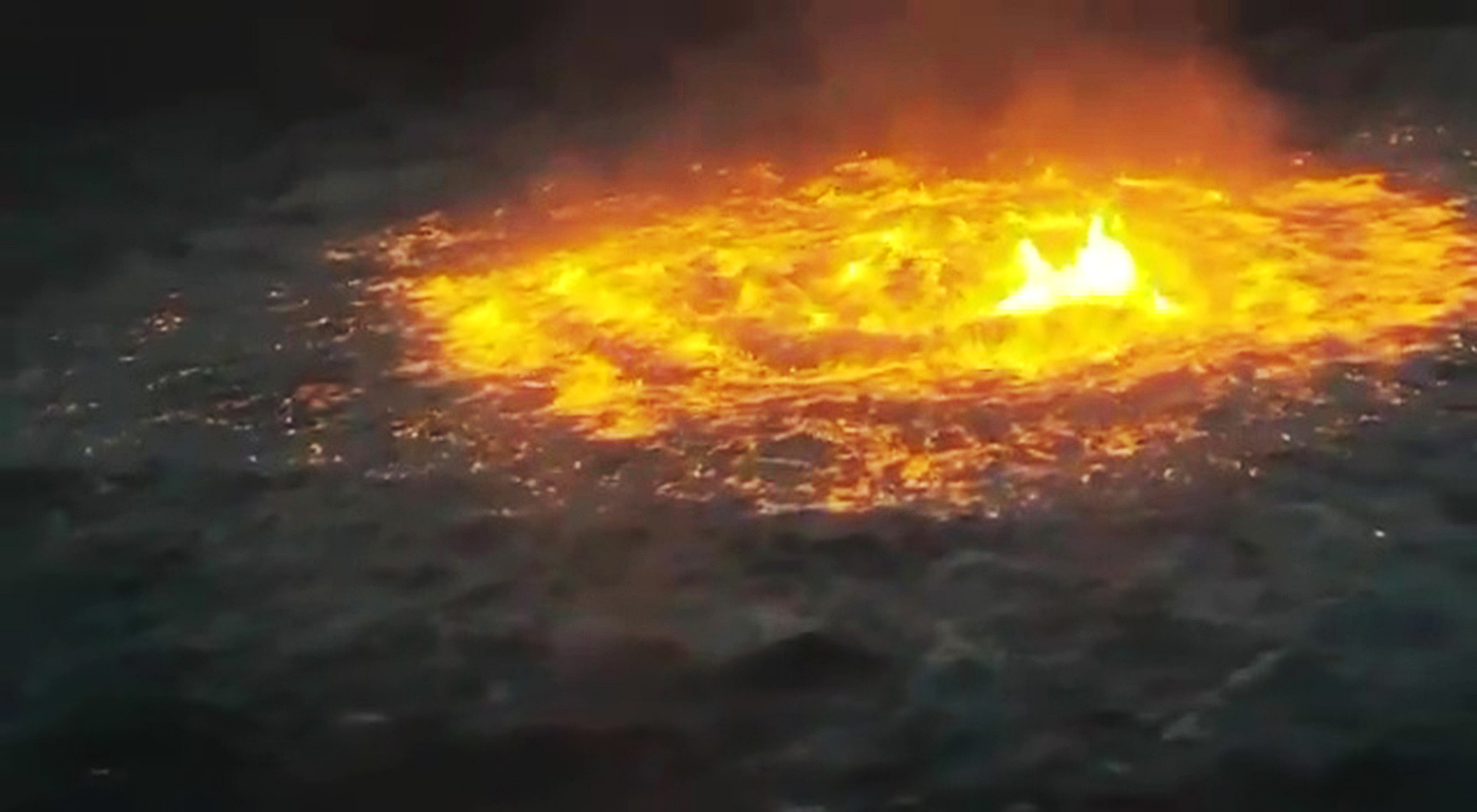 “The frightening footage of the Gulf of Mexico is showing the world that offshore drilling is dirty and dangerous”, wrote Miyoko Sakashita, oceans program director, Senior attorney who works for the Center for Biological Diversity. She also added, “These horrific accidents will continue to harm the Gulf if we don’t end offshore drilling once and for all.”

The fire which started at 5:15 AM in the morning was extinguished by 10:30 AM and there was no impact on the production from the project. The company said that they will investigate the root cause of the issue and will take preventive action. Ku Maloob Zaap filed contributes more than 40% of the daily output of approximately 1.7 million barrels.

Dave Anthony, an American podcaster mentioned in his tweet that “Never ever in your life forget the time humans caught the ocean on fire and then tried to put it out by spraying water on it.”