American former professional boxer, George Foreman, who was known as “Big George” in his days, has all the reasons to feel small at the moment. The 73-year-old entrepreneur is facing two lawsuits by two different women who claim that he sexually abused them when he was in his 20s and they were minors. 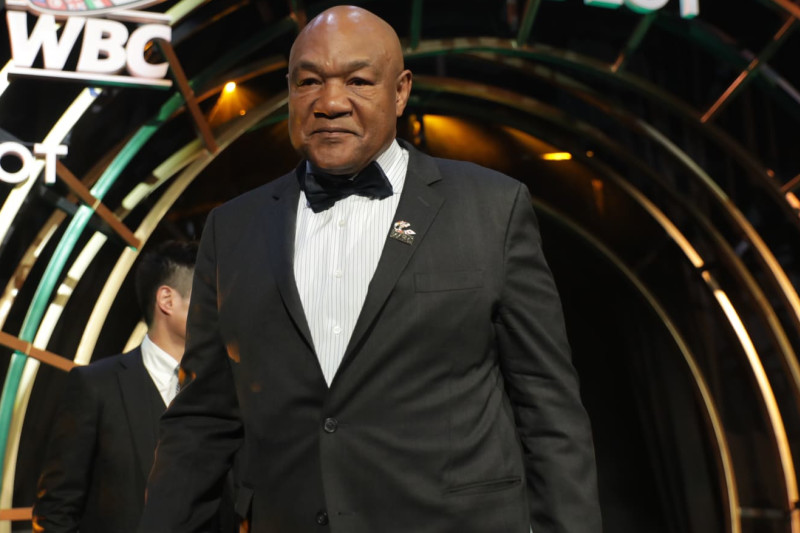 Two women have come forward to reveal that George Foreman sexually abused them when they were minors back in the 70s. In the legal documents, which were filed in Los Angeles on Wednesday (Aug. 24), the plaintiffs, namely Denise S. and Gwen H, say they initially met Foreman through their fathers in the late 1960s, in the early 1970s.

One of the women stated in the lawsuit that she met him through his father, who worked with him back in his boxing days. She was approximately eight years old. She revealed that George started “grooming” her by “taking her out for ice cream.

In the lawsuit, she narrated that he made her sit on his lap as he drove his car and eventually engaged in inappropriate sexual behaviour when she was 13 years old. However, he also made sexual intercourse when she was 15 years old. George Foreman was in his 20s at the time.

The other woman, however, stated that she also met him through her father, who was the boxer’s “long-time advisor.” In the lawsuit, she alleged that she was nine years old at the time of meeting him and he started to “molest and sexually abuse” her until she was 16. Both confirmed that George has not “denied such allegations”.

Both the women have stated that Foreman was previously confronted by his friend in regard to these allegations. Not even on one occasion, did George deny these allegations against him Now, the two victims are seeking unspecified damages. FYI, George Foreman is named Doe 1 in the present suits.

Per George Foreman, who is a former two-time world heavyweight champion, issued a statement vowing to expose the women in court. He stated that they are trying to extort millions of dollars from him. in his statement, George wrote:

“Over the past six months, two women have been trying to extort millions of dollars each from me and my family. They are falsely claiming that I sexually abused them over 45 years ago in the 1970s.” The court date has not been revealed yet but time will tell, what really happened back then.

In his statement, George has vehemently and categorically denied such allegations. He stated that he takes pride in his reputation as much as he takes pride in his sports accomplishments. He stated that he will never be intimidated by baseless threats and lies. While the stories of the two women correlate and the fact that they have come forward after more than 45 years, does raise some doubts, again, who knows?

He concluded, “I am, and always will be, guided by my faith and trust in God. I will work with my lawyers to fully and truthfully expose my accusers’ schemes and defend myself in court. I don’t pick fights, but I don’t run away from them either.”
The two-time heavyweight champion and an Olympic gold medalist is known for the George Foreman Grill, a portable double-sized electrically heated grill, which is also called The George Foreman Lean Mean-Fat Grilling Machine. As an entrepreneur, Foreman has sold over 100 million machines since its introduction in 1994.
He has been married to Mary Joan Martelly since 1985 and has been in four previous marriages before her. As for the allegations, Foreman has not responded to requests for comments. Keep reading for more updates on this matter.
Share
Facebook
Twitter
Pinterest
WhatsApp