It’s a tragic day for metal fans! The lead vocalist and co-founder of Michigan metal band “The Black Dahlia Murder” Trevor Strnad passed away at an early age. There are speculations that the greatest entertainer has taken his own life. Read on to learn more about the tragic death of this walking encyclopedia of music. 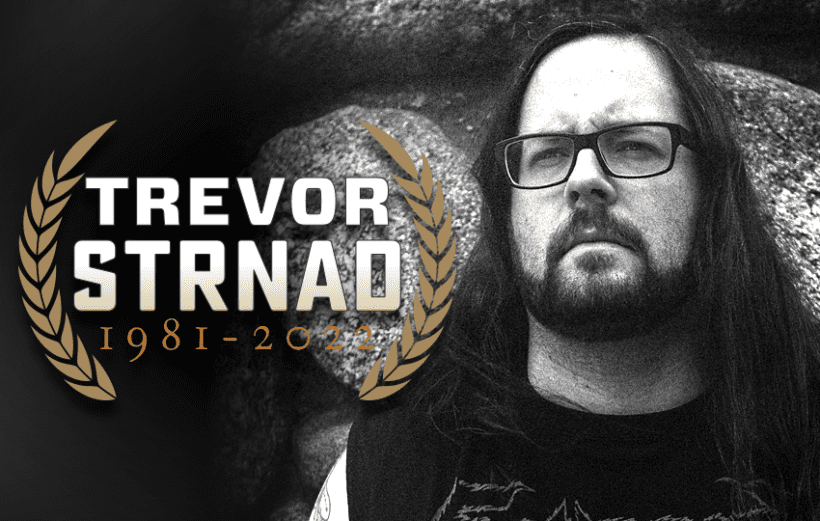 A post shared by The Black Dahlia Murder (@theblackdahliamurder_official)

Trevor Scott Strnad who was the vocalist and co-founder of the “death metal” band “The Black Dahlia Murder” passed away today at the age of 41. His band members shared the tragic news via a publication on various social networks. It reads as under:

“It is with deep sadness that we announce the passing of Trevor Scott Strnad. Beloved son, brother and Pastor of good times, he was loved by all who knew him. A walking encyclopedia of everything about music. He was a hugger, a writer and one of the world’s greatest entertainers. His lyrics filled the world with stories, spells, horror and fantasy. His life was to be your show.
National Suicide Prevention Lifeline
800-273-8255”

Trevor Strnad’s cause of death has not been revealed yet but the publication on Facebook provides for a “National Suicide Prevention Lifeline”. It appears that the talented vocalist may have taken his own life.

Trevor, The Shephard of Good Times…

If Trevor took his own life, it would be ironic because his dear ones called him the Shephard of good times, a hugger and the world’s greatest entertainer. The lead vocalist was the co-founder of “The Black Dahlia Murder”, a band formed in 2001.

The band was formed in Waterford, Michigan. While the lineup shifted many times, Strnad and guitarist Brian Eschbach acted as the last remaining original members until Trevor’s death today.  FYI, the band’s name comes from the unsolved 1947 murder of 22-year-old Elizabeth Short. Trevor released nine albums with the band including their first LP “Unhallowed” in 2003 on Metal Blade Records. The band’s last album “Verminous” was released in 2020. The band released all these nine albums in a gap of two years. Here is a list of all the albums released by the band:

The Black Dahlia Murder was my gateway into death metal and Trevor’s talent, giant personality, and love & knowledge of the genre made him someone I genuinely always respected and looked up to. Rest In Peace Trevor Strnad.

A post shared by The Black Dahlia Murder (@theblackdahliamurder_official)

To Trevor, “The Black Dahlia Murder” was a constantly evolving entity, and referred to their last album “Verminous” as the biggest evolutionary leap that the band took. He stated in an interview that:

Has there ever been a better death metal lyricist than Trevor Strnad? I really don’t think so. He was the ultimate storyteller, a guy who could put himself in a person’s shoes and tell their twisted tales with a level of eloquence that belied the grisly detail. The GOAT.

“It’s a very colourful, moody, and charismatic album that experiments with new sounds and ideas without losing the cutthroat Black Dahlia edge. There is a lot of minutiae to digest. Plenty of delicious little Easter eggs is woven into the fabric of each song. Each one is a living, breathing entity that will stand on its own as some of the best music this band has ever created… We want an album to feel like a wild ride. A journey from beginning to end that has peaks and valleys.”

The Black Dahlia Murder was scheduled to tour behind Verminous this coming August. However, the band was also going to release a live DVD Yule ‘Em All on July 1 via Metal Blade. There is no update about the upcoming plans as the band grieves the death of a charismatic artist. It’s truly a sad day today!