Daryle Lamonica Dies at the Age of 80, Fans Pay Tribute

‘Daryle Lamonica, the Mad Bomber,’ is a football quarterback who spent 12 seasons in the American Football League (AFL) and the National Football League (NFL), mainly with the Oakland Raiders.

His gameplay? Amazing. His personality? Amazing. But here comes the shocking news. 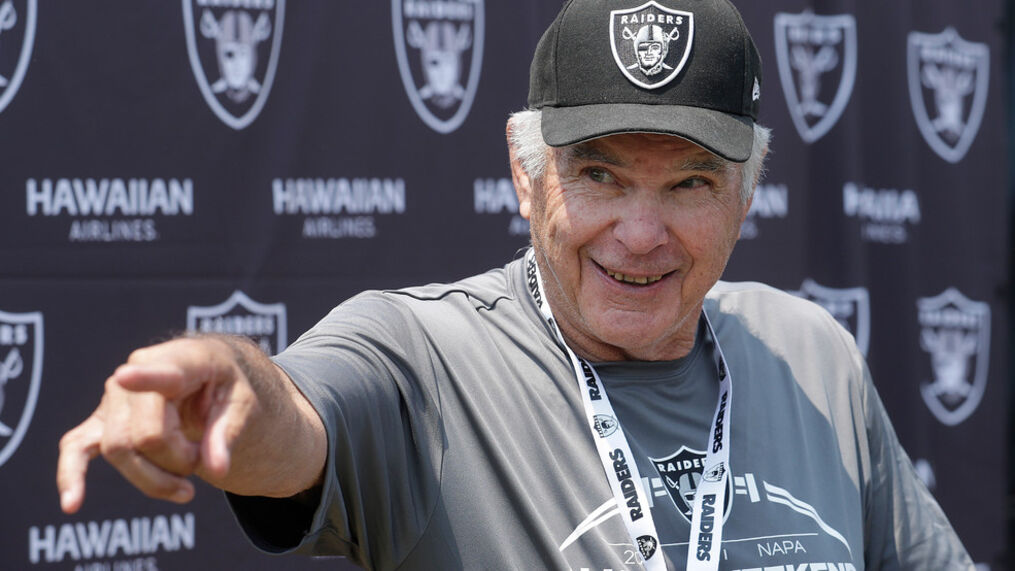 You’ll be shocked to know that another legend has died at the age of 80. Lamonica went on to be the Raiders’ primary starter for the following eight seasons, including after they entered the NFL via the AFL–NFL merger.

After hearing the devastating news, everyone is in a state of shock. Daryle’s family member confirmed the news and asked for some privacy in this devasting time.

So, here’s what we know about the cause of death of this exceptional player, as well as what’s going on on the internet since the news broke.

Daryle Lamonica ‘The Mad Bomber’ Died At The Age Of 80

The renowned quarterback led the team to its first Super Bowl appearance. Now that player is no more. If you’re wondering about the cause of death of this legendary athlete he died of natural causes.

Lamonica died at his Fresno home on Thursday morning, according to the Fresno County Sheriff’s Department. Everyone believes that the Raiders have lost a legend and a key player. And that’s actually true.

Daryle was a great man in addition to being talented. Daryle Lamonica contributed to making the world a better place. And he will forever be remembered by everyone.

The team of Raiders paid tribute to the athlete.

They penned, “The Raider Nation will forever miss his easy-going nature and warm smile. Our deepest condolences are with his wife Mary, son Brandon, the rest of the Lamonica family, teammates, and friends.”

Let us learn a little more about him in his memory.

The Reason Behind Daryle’s Nickname ‘The Mad Bomber’

Many people remember Daryle because of his amazing nickname, which has a story behind it. Lamonica was nicknamed “The Mad Bomber” because of his penchant for flinging the long pass in almost any circumstance.

The personality once remarked ports Illustrated at first he thought it was a “dumb name.” He didn’t get the vibe of ‘The Mad Bomber’ meaning.

But quickly he changed his mind and stayed that it’s actually not a bad nickname.

“I thought, ‘Ooh. I like that. Maybe that is not such a bad nickname.’ It stuck and that is what I ended up with. … Now it’s my registered trademark.” 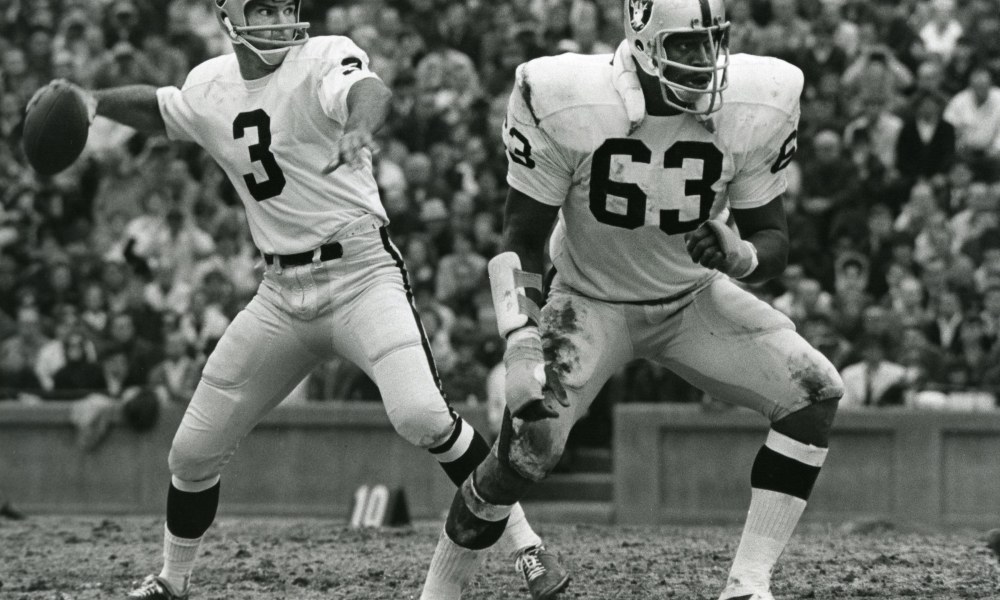 A Look At The Legendary Player’s Achievement

We all know that Daryle Lamonica was a legendary player. His team was actually fortunate to have him.

The Raiders won four straight Western Division titles (three AFL and one AFC) and one American Football League championship underneath Lamonica. As well as a Super Bowl appearance in Super Bowl II. And that’s actually quite impressive.

His team went on to evolve because of his presence. He was awarded AFL MVP twice, as well as collecting three AFL All-Star selections, two NFL Pro Bowl selections, and two first-team All-AFL honors. 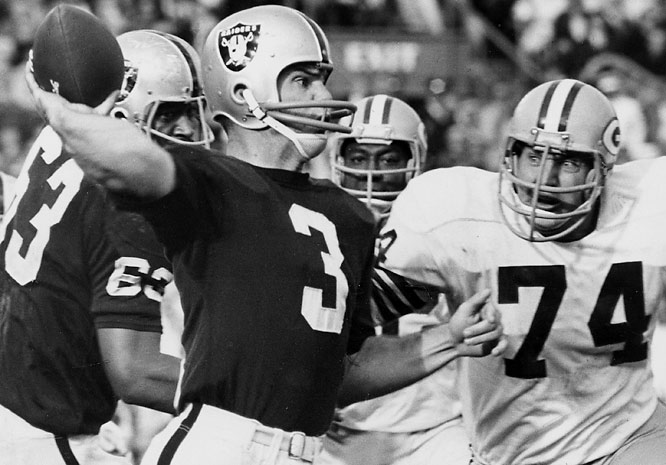 During his MVP seasons, he topped the AFL in throwing touchdowns as well as yards passing, en route to his second MVP.

Lamonica was a three-time American Football League All-Star and was named the AFL’s Most Valuable Player twice, in 1967 and 1969, as previously stated.

John Madden, the Hall of Fame Raiders coach, once said something about Lamonica being an important member of the squad. The coach also mentioned that because of Daryle Lamonica the team was going towards success.

“Daryle Lamonica was the perfect quarterback for the Raiders at that time. 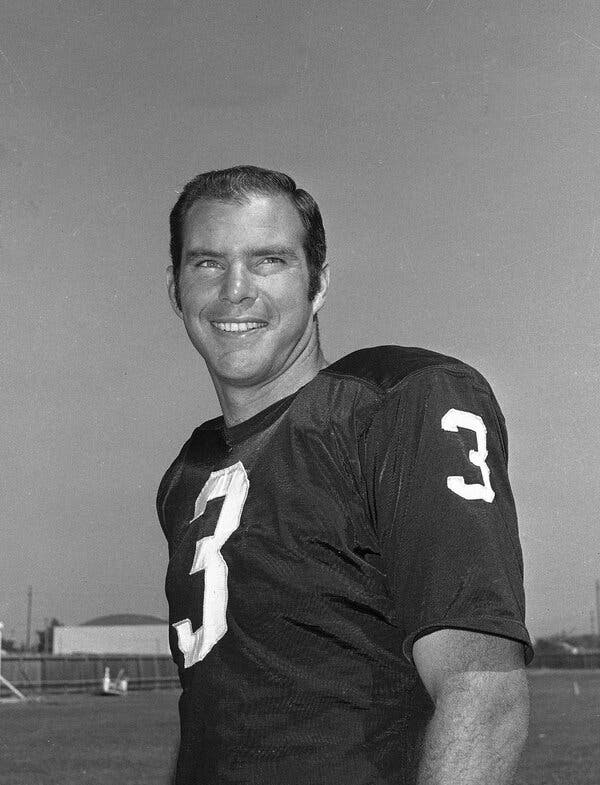 Daryle was later replaced as Oakland Raiders quarterback by Ken Stabler in 1973. But his career is everlasting.

Well, after AFL the athlete also did some wonders in WFL. On April 16, 1974, Lamonica became the 25th player to switch from the NFL to the World Football League (WFL) when he inked a long-term contract with the Southern California Sun.

In his only season in the WFL, which disbanded in late October of that year, he completed 9-of-19 for ninety yards and one touchdown in limited game time. And that’s quite impressive. 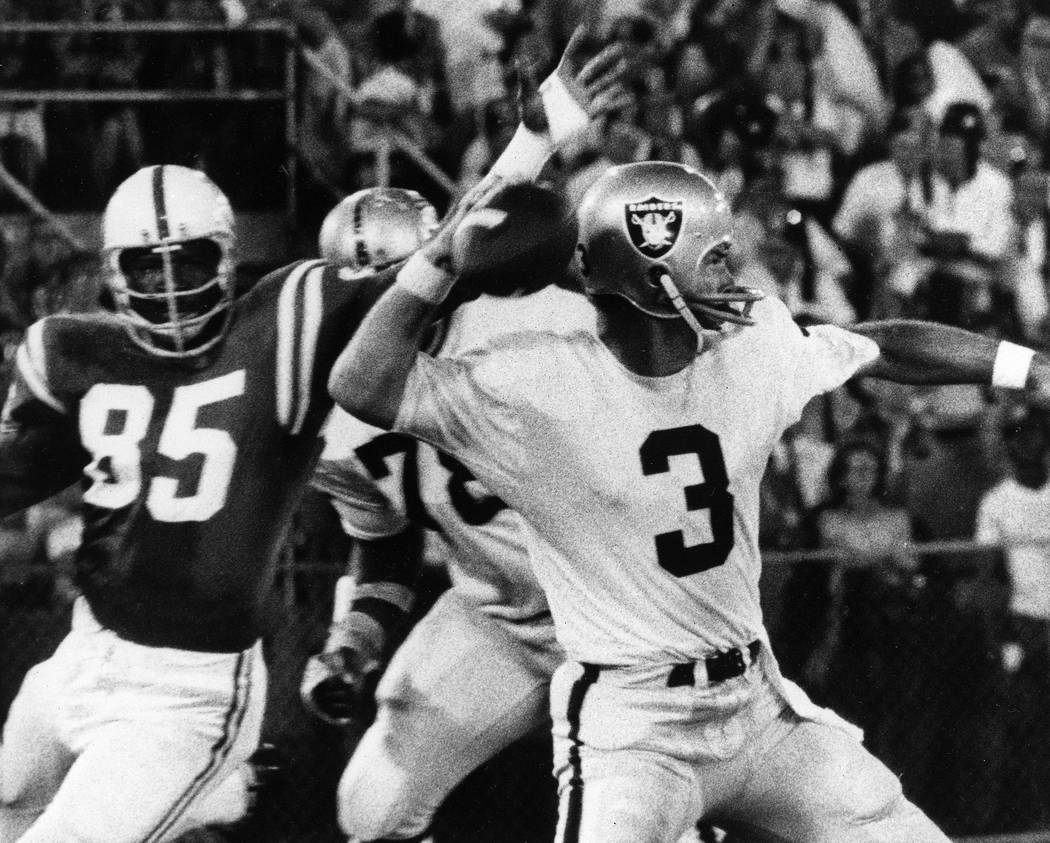 Even after his profession, everyone recognizes this well-known personality based on his appearance. Later in his career, he presented Outdoors with the Pros, a national fishing show on Fox Sports Net.

Lamonica was ranked the 67th best quarterback by Football Nation since the 1970 merger. Lamonica was inducted into the Professional Football Researchers Association’s Hall of Very Good Class of 2013. 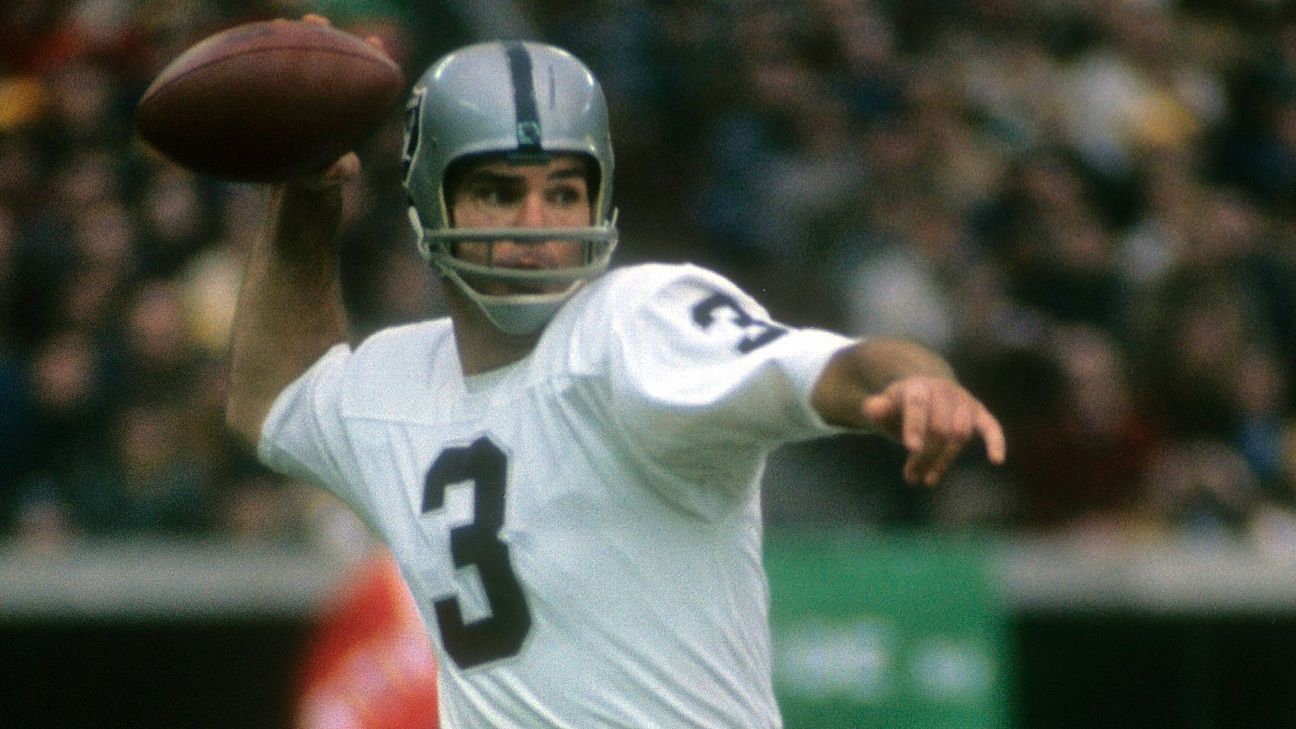 Clovis Unified Released A Statement On The Athlete’s Passing

“The Clovis Unified community lost an icon today with the passing of legendary athlete Daryle Lamonica, the namesake of Lamonica Stadium on the Clovis High School campus.

Lamonica established a high standard of athletic excellence, performance, and character for student-athletes who followed his graduation from Clovis High School.

In recognition of Lamonica’s impact on local high school athletics, and his outstanding collegiate and professional career, Clovis High School’s football stadium was named in his honor in 1974. 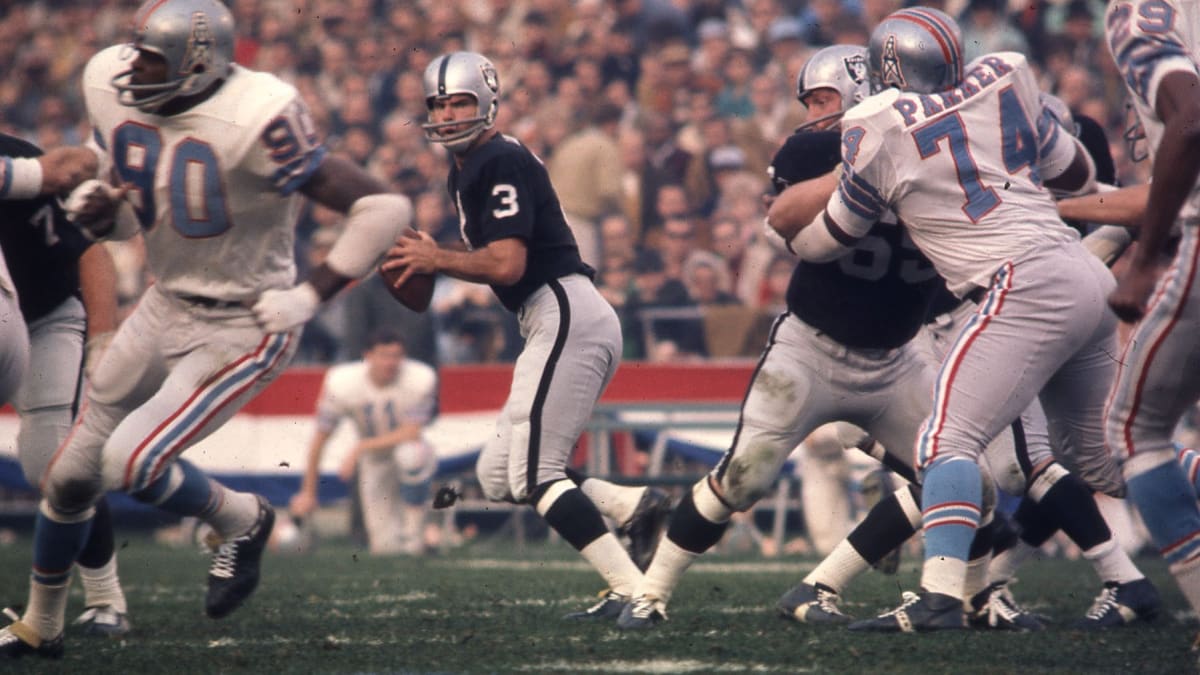 His legacy is one that lives on not only through the beloved stadium that bears his name, but in the coaches, student-athletes, and fans who are a part of the Clovis Unified athletic tradition.”

Rich Hammond, a former Clovis High coach, fondly remembered Lamonica and expressed condolences on his demise. The coach described him as a wonderful man with talent.

“He would be in his 70s. He was such an incredible man and was so talented and successful in everything he did.”

Adding, “He was so humble at the same time. In all of my interactions with Daryle, he always talked about the things Clovis and the community and coaches taught him and how he was able to carry those things with him as a professional athlete, but also as a super successful businessman.” 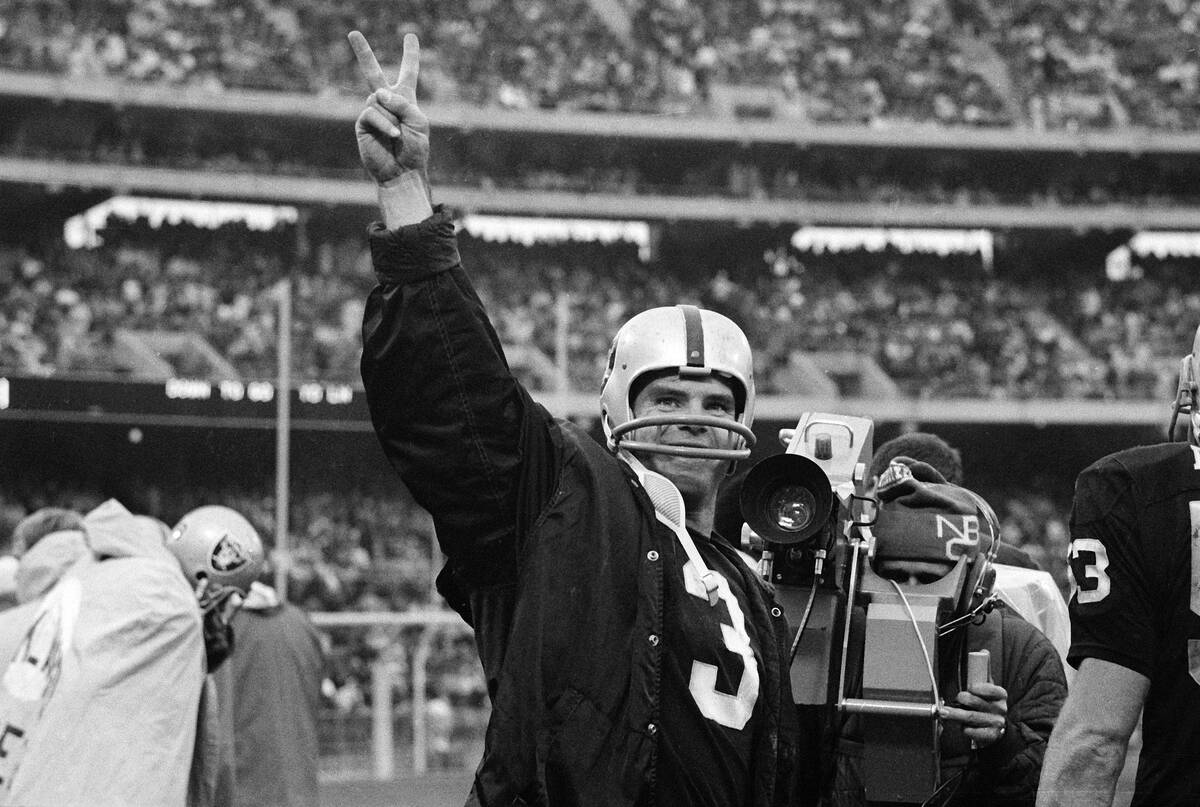 He also recalled some moments that he spent with Daryle Lamonica.

Adding, “He can fish as I’ve never seen anybody fish like him. He would throw it in the river and catch bass. It was amazing. Incredible golfer. Such a tremendous human being and definitely left the world a better place. The world was a better place because Daryle was in it.”

On Twitter, everyone paid tribute to this renowned personality and recalled his accomplishments as a remembrance.

Raiders lost a great one in Daryle Lamonica. A true legend! RIP brother!

In 1967, Al Davis traded for Bills backup QB Daryle Lamonica. He then became a two-time AFL MVP with the best winning percentage in NFL history amongst QBs with at least 70 starts.

Someone we will never forget.

To some he was a QB,to some a friend, a teammate. For me, he is a legend. Best winning percentage for any SB Era QB. The man threw a spiral bomb with ease. HEis the reason I am a Raiders fan. Daryle Lamonica, The Mad Bomber. Someone I will never forget. Rest in peace, Daryle. pic.twitter.com/YP0saQVRbr

His Ranks In Raiders History.

From 1967-1970 Lamonica threw for the most yards & TDs and had the 2nd most completions! pic.twitter.com/PjaHuAawJs

We’re all upset after hearing this news. May God give strength to Daryle Lamonica’s family. You can stay tuned with us for more updates.