We’re more interested in who’s wearing what than in the ceremony and winners. And it appears that every ceremony has two fashion categories.

We won’t say worst, but it was an unusual outfit appearance. Everyone has talked about the best ones, so now it’s time to talk about the worst ones. 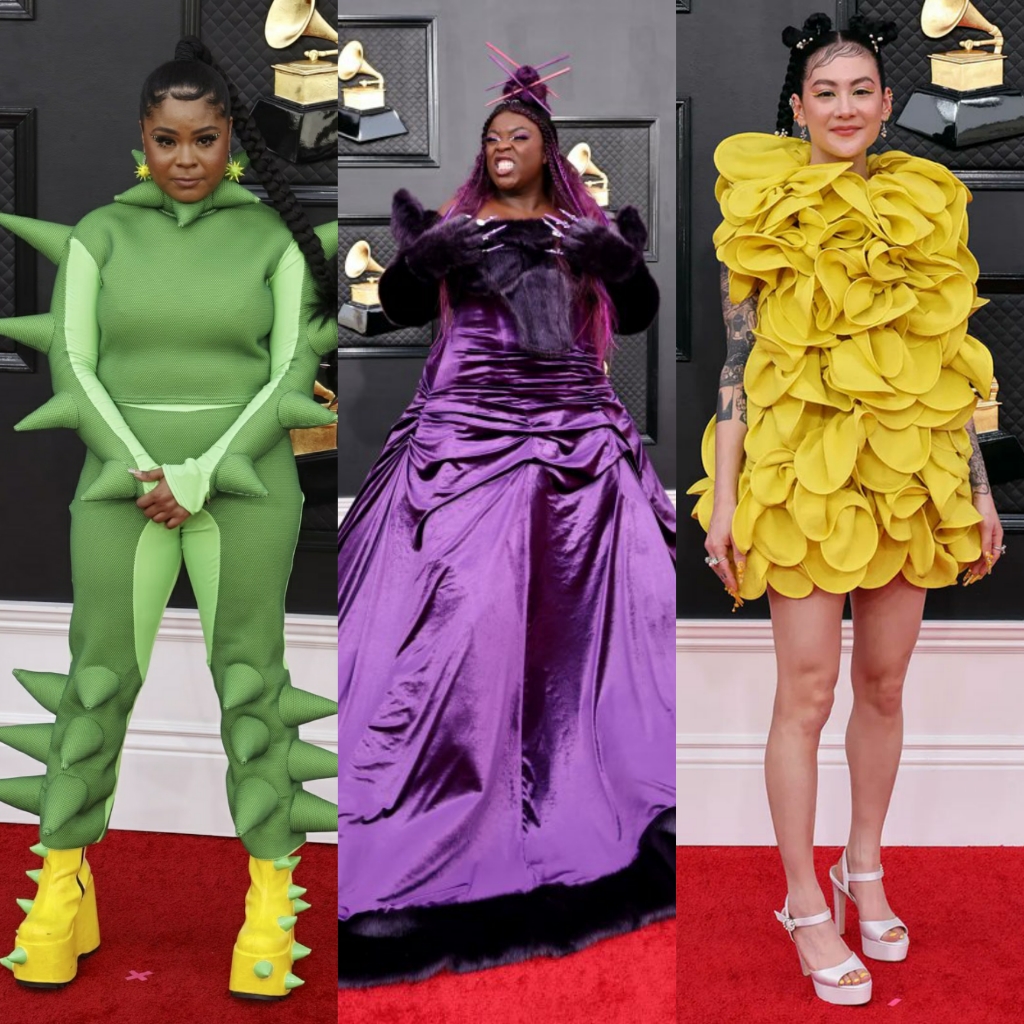 Though each celebrity is unique in their own style with their factor of perspective, some of the outfits were not well received by the audience.

Finally time for some little gossip with a lot of positive judgment on the celebrities that didn’t catch the right eye recognition by spectators.

What was going on, Yola? The color is absolutely stunning, but what is actually happening? The legendary musician tops our list of this year’s Grammy worst-dressed outfits. We can only say that ‘we don’t comprehend anything about this outfit.’

The ruffled gown and claws aren’t sitting well with the wonderful singer. This could’ve been much better. But the makeup kind of looks cute. Don’t you think? Going bold is terrific, and it looks stunning when done correctly. But this bold doesn’t accommodate the singer. Three Billboard Hot 100 top ten singles were co-written by the artist.

But we expected her outfit to be out of the usual, and it is; it appears to be a costume party rather than the Grammy Awards 2022. And a lot of spectators didn’t like this one because of everything that was going on with the outfit. 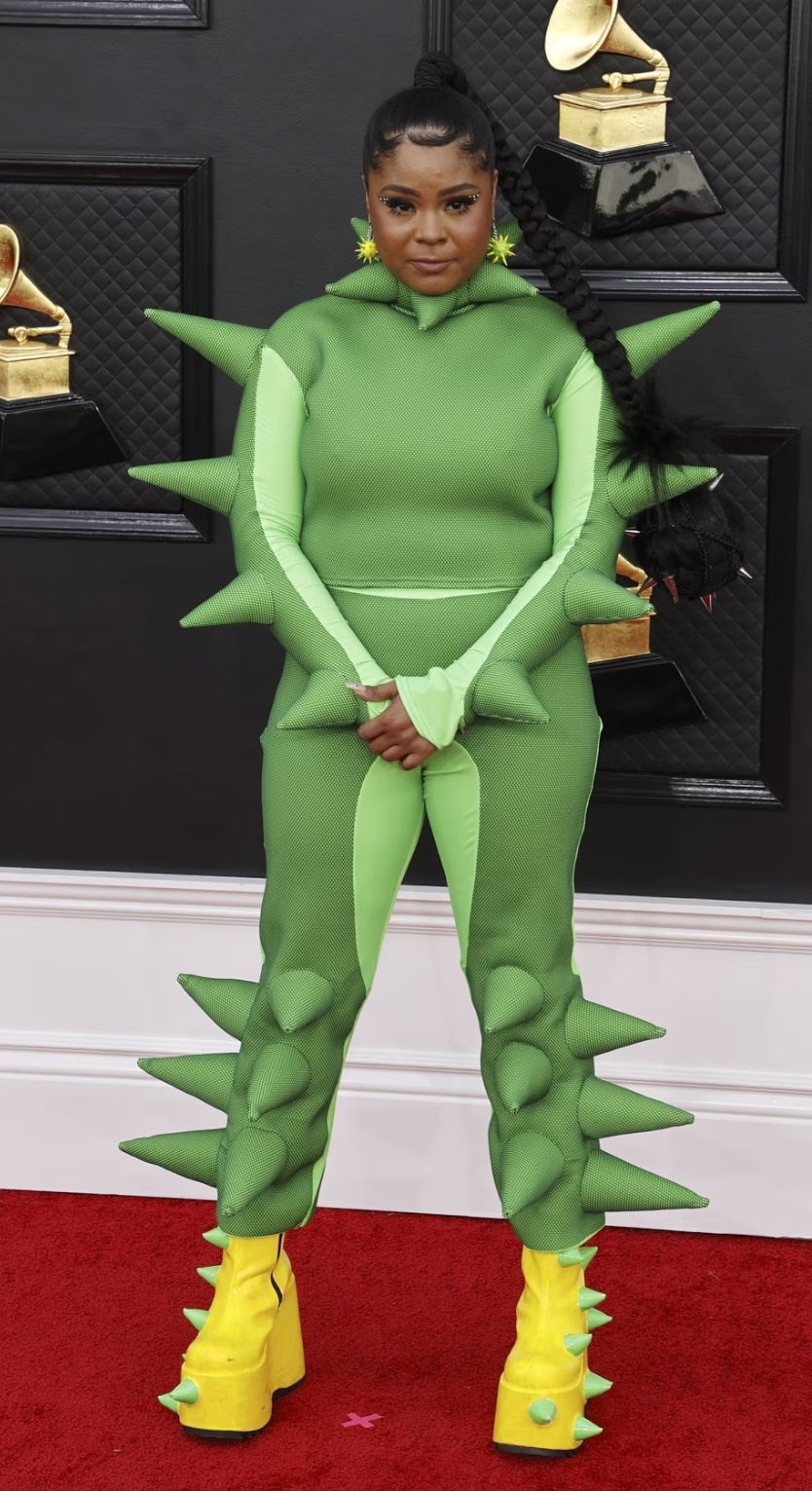 Cynthia opted for all-white with a glimmer of silver. However, the outfit isn’t just being placed out from other celebrities. She accessorized the white chain gown with a plethora of one-of-a-kind jewelry.

Including feather earrings that are currently out of trend. It appears to be a teenage gathering. Don’t you agree? And the eye makeup isn’t just complimenting the outfit. 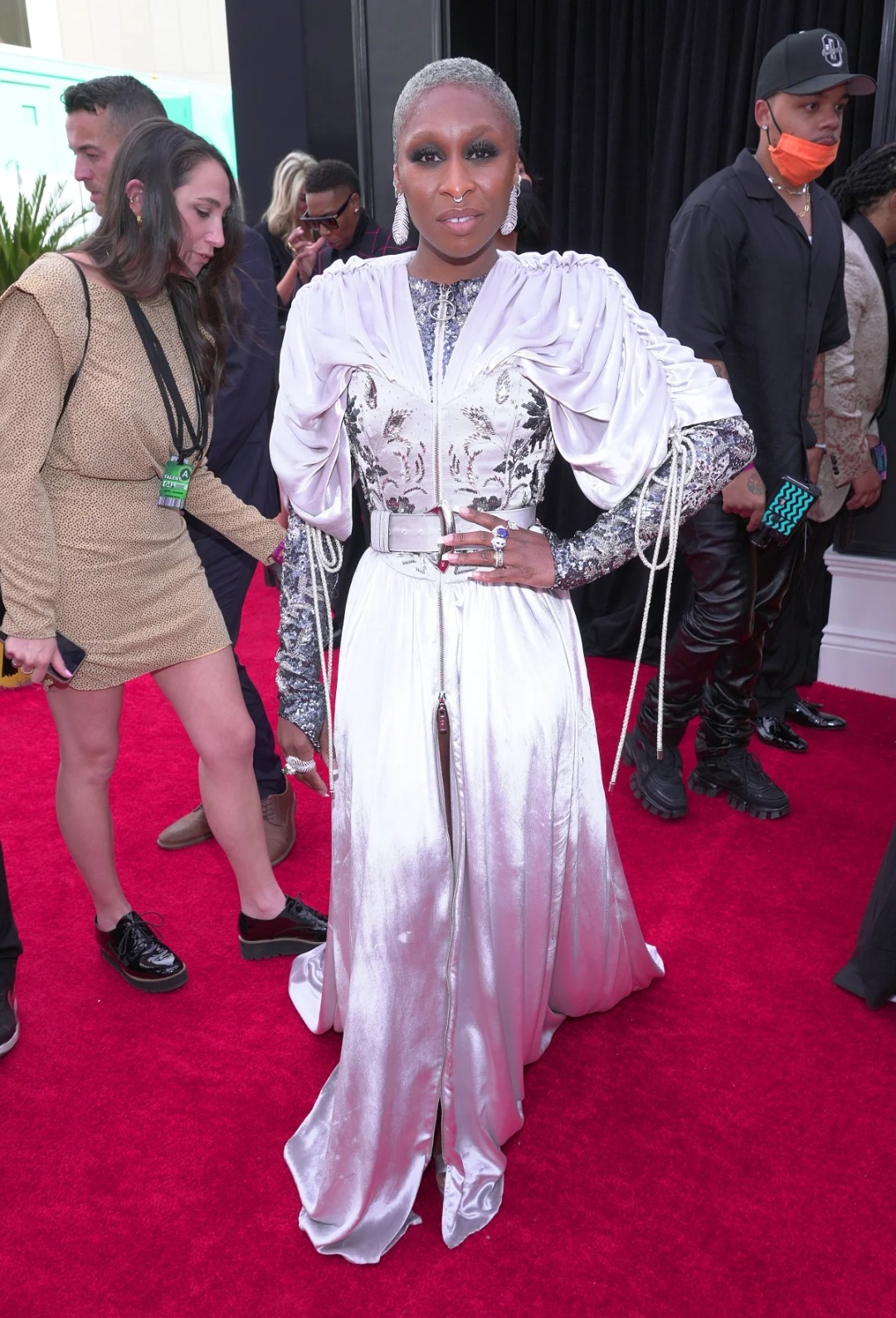 The name of the musician, ‘Japanese Breakfast,’ is perfect for her outfit. Because she resembles a model promoting chips. This experimental pop artist is our ultimate favorite, yet she isn’t on the Grammy’s best-dressed list.

This outfit would have been stunning if there hadn’t been so much going on around the neck. Her lovely pretty face is all we can see, and her entire neck and shoulders are literally wrapped in yellow attire. 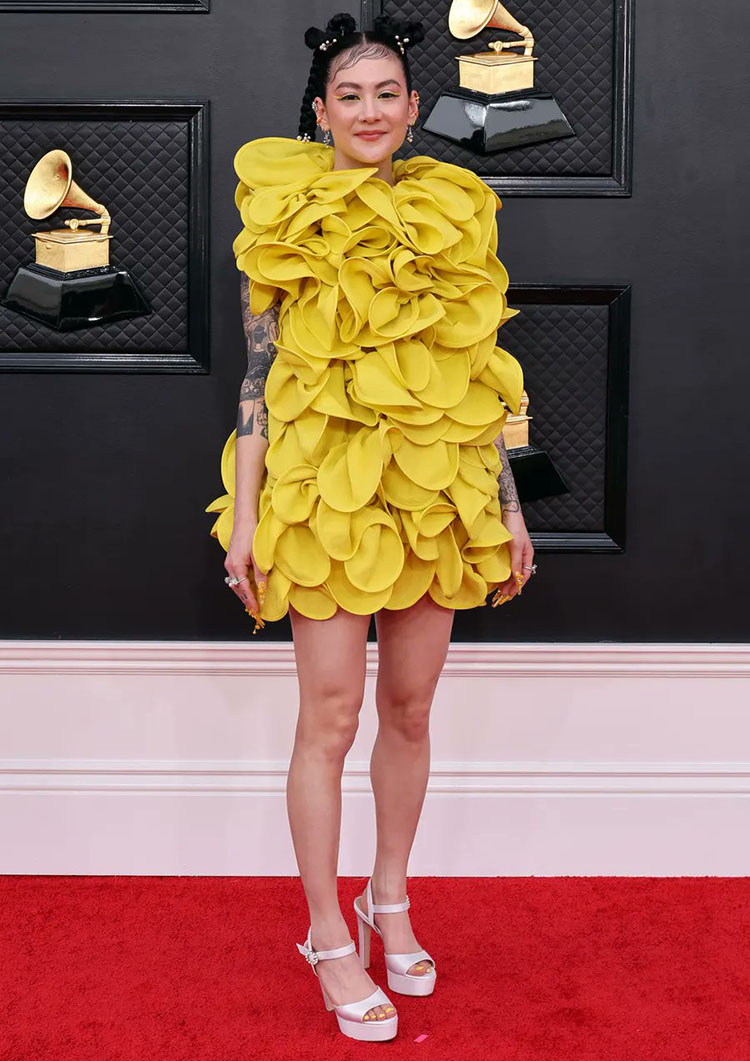 When asked about her appearance, the artist was described as responding, “I love to create a world around me,” which she has done.

Hailey Bieber wore a modest outfit at the Grammys, but we don’t understand Justin’s. We mean, this oversized blazer and those jeans are just too out of personality for Justin.

We’ve seen a lot of Justin’s stunning ensembles, but we’re not sure about this one. And a pink beanie? Okay, that’s a little peculiar. Let’s not even get started on the Balenciaga sneakers. 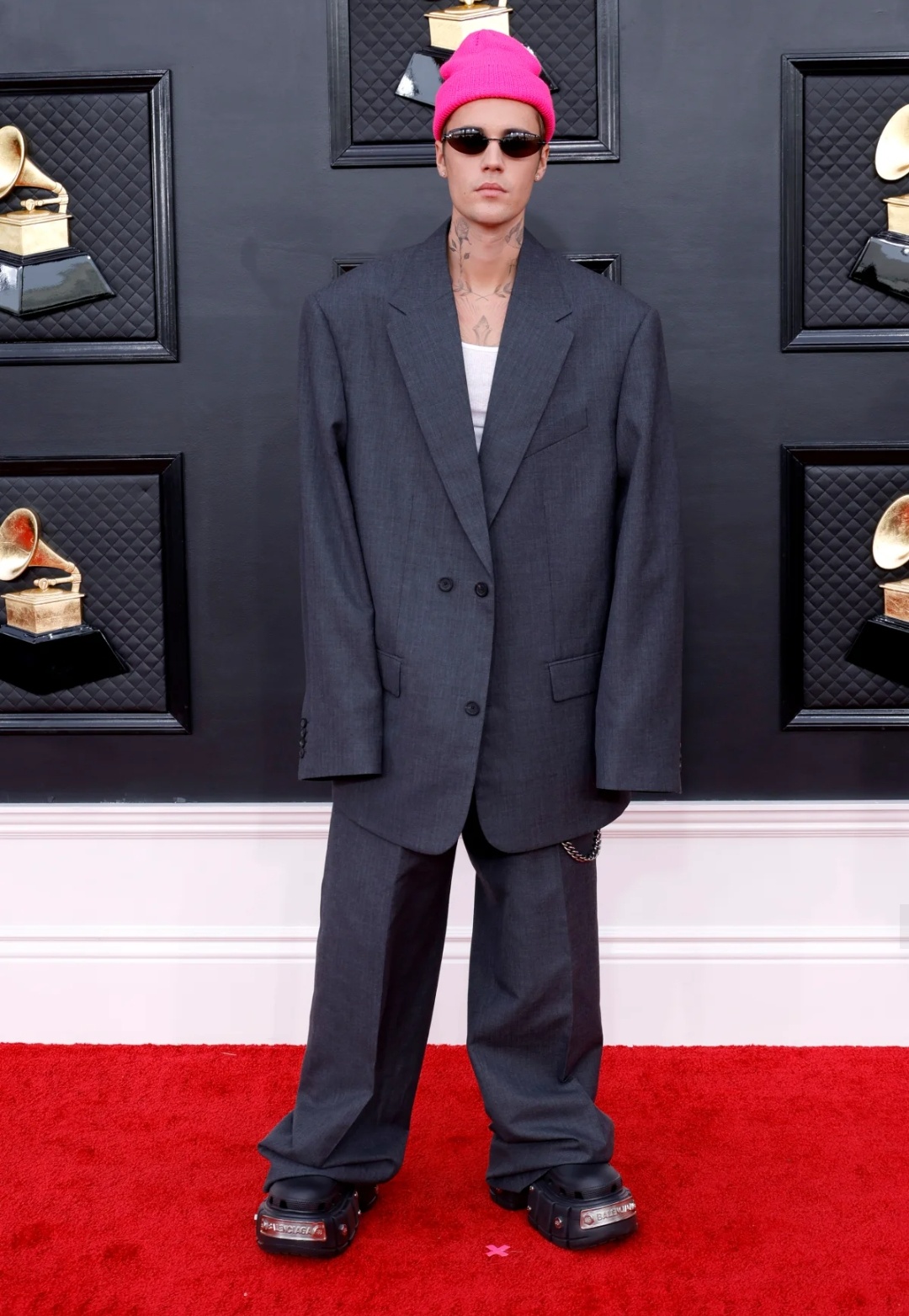 In this clothing, we can’t see Justin’s hand. It’s far too big. One individual wrote, “If you’re looking for Justin Bieber on the red carpet, just look for the giant walking suit #GRAMMYs.”

It was either the Grammy Awards 2022 or a sporting event in which a slew of celebrities decided to take part because Grandmaster Flash appears to have arrived at a sports competition.

Grandmaster is regarded as a pioneer of hip hop DJing, cutting, scratching, and mixing. And he appears to be rather relaxed in this outfit. Okay, this outing is definitely not for Grammys. 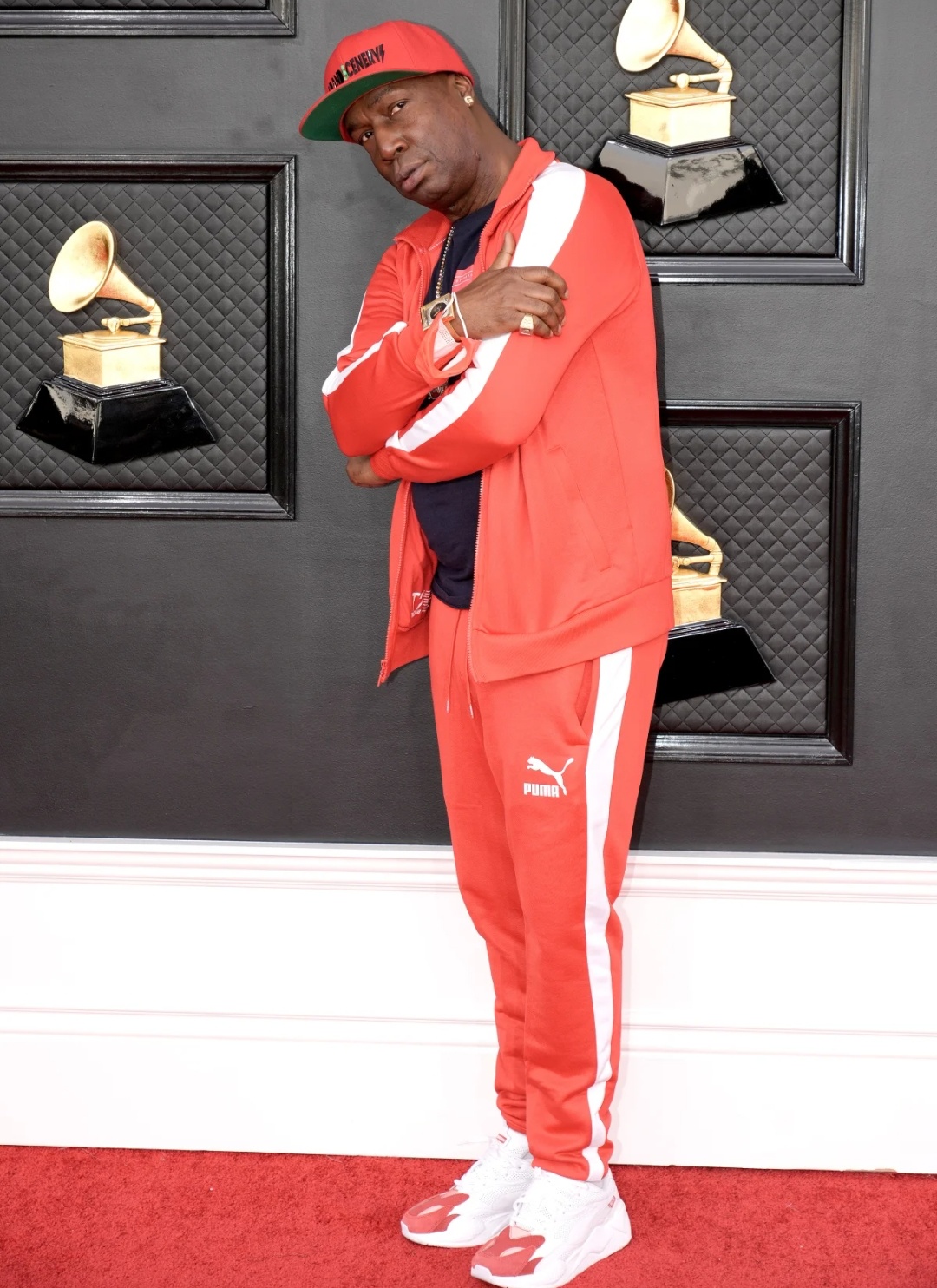 We were shocked when we saw the Icy Girl in the attire she wore to the Grammy Awards. Because it’s not so much about the number of skin shown.

But it is about the bubbly skirt or whatever it is that doesn’t match the style. She has a wonderful personality, but in our opinion, she might have done much better. 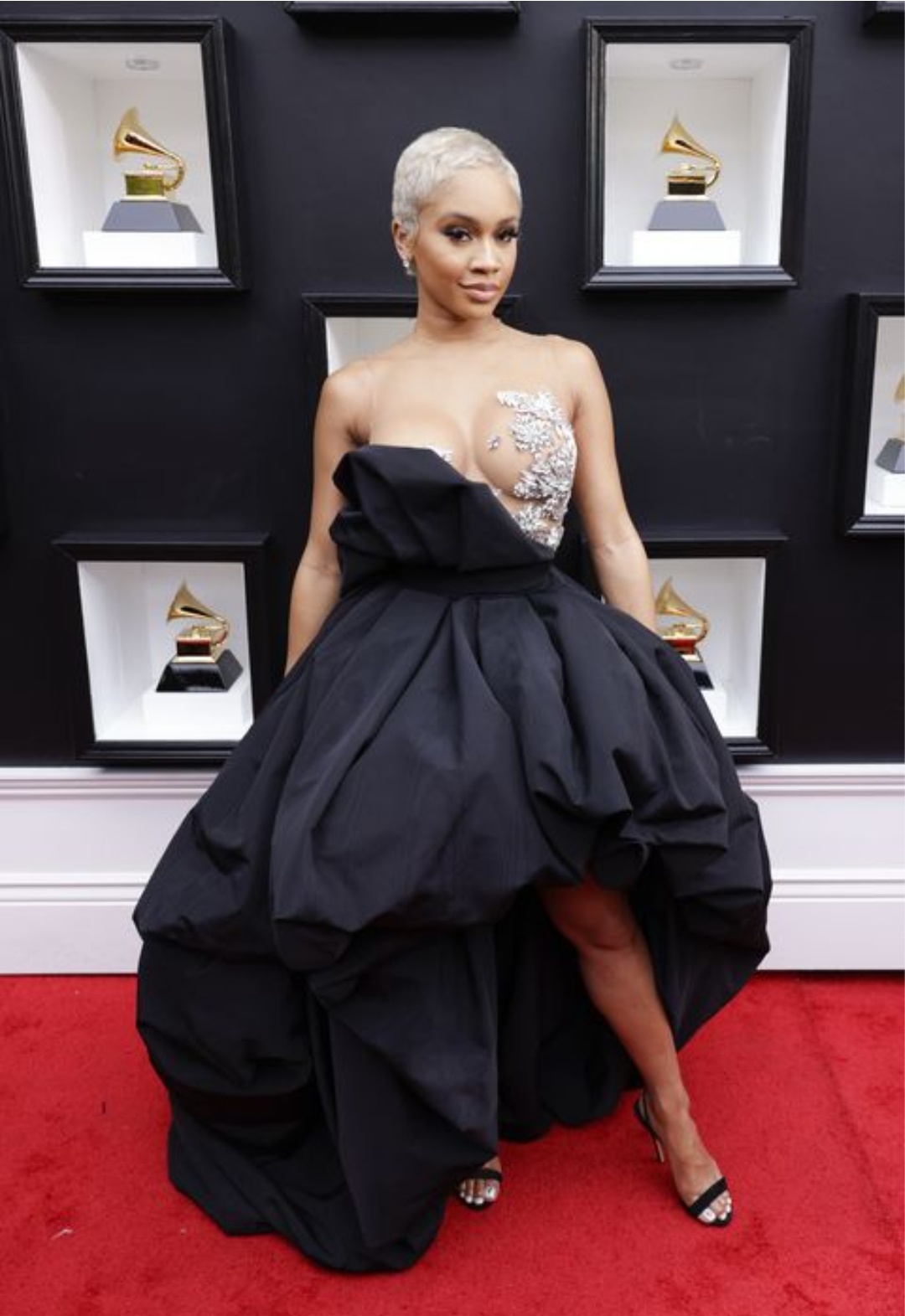 “I got a big sheet around me,” the personality stated to an outlet. “This is Oscar de la Renta, and you know everything is expensive. Everything exclusive, everything icy, you know what time it is.”

H.E.R., which stands for “Having Everything Revealed,” is a Filipino-American and African-American R&B artist. On the red carpet, the singer dressed in a brilliant orange-y costume with a shimmer of silver that was clearly not going with the colors and style.

We adore those spectacles she’s wearing, as well as the rest of her style, except for the silver glimmer. 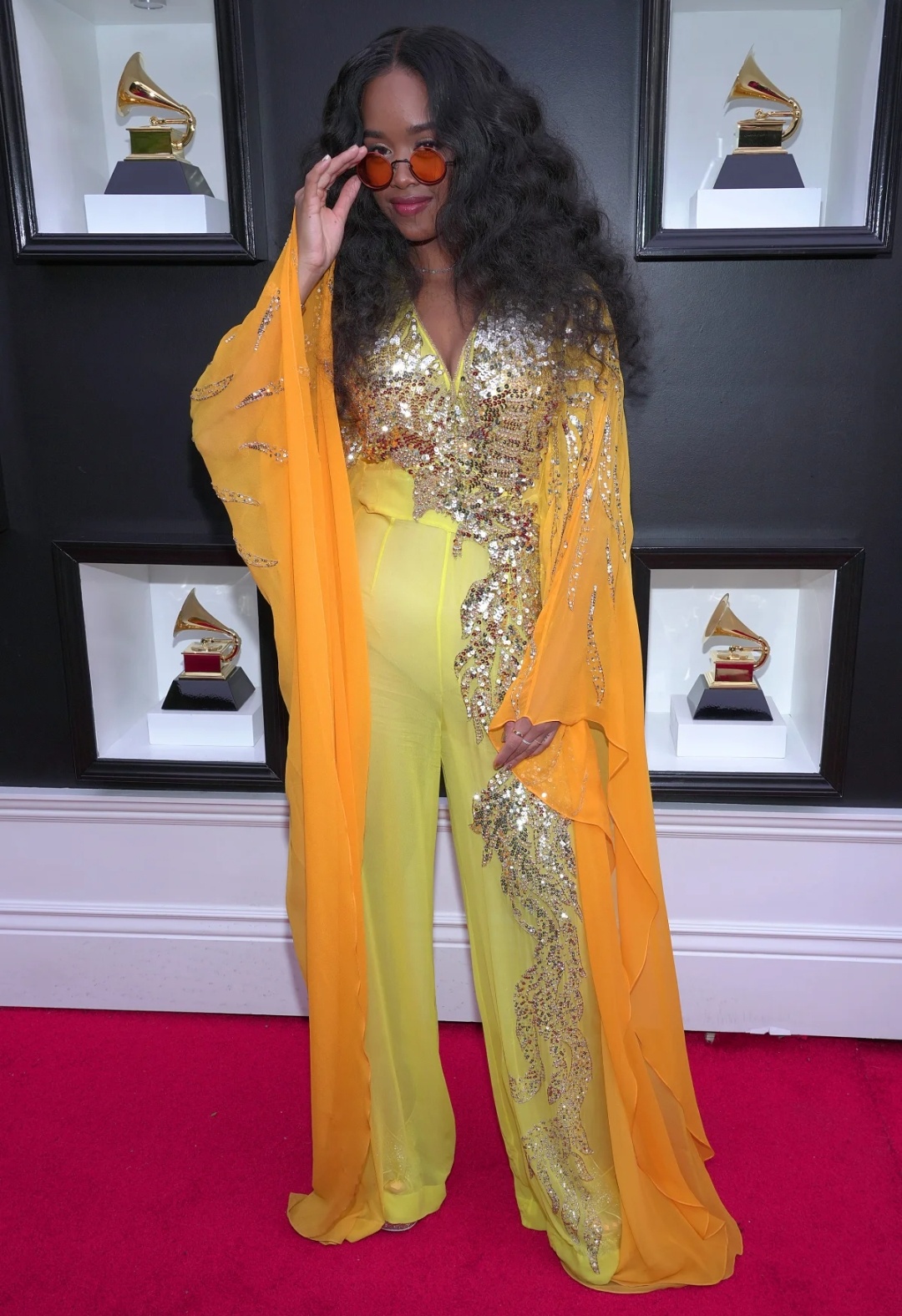 At least, that’s what we imagine the amazing singer is doing while hanging out on the red carpet of the Grammys Awards 2022. Because it’s more casual than Grandmaster Flash.

The personality dressed casually in all black, with black boots and white side stripes. That’s too casual for the awards ceremony. What are your thoughts? What, no words? We understand. 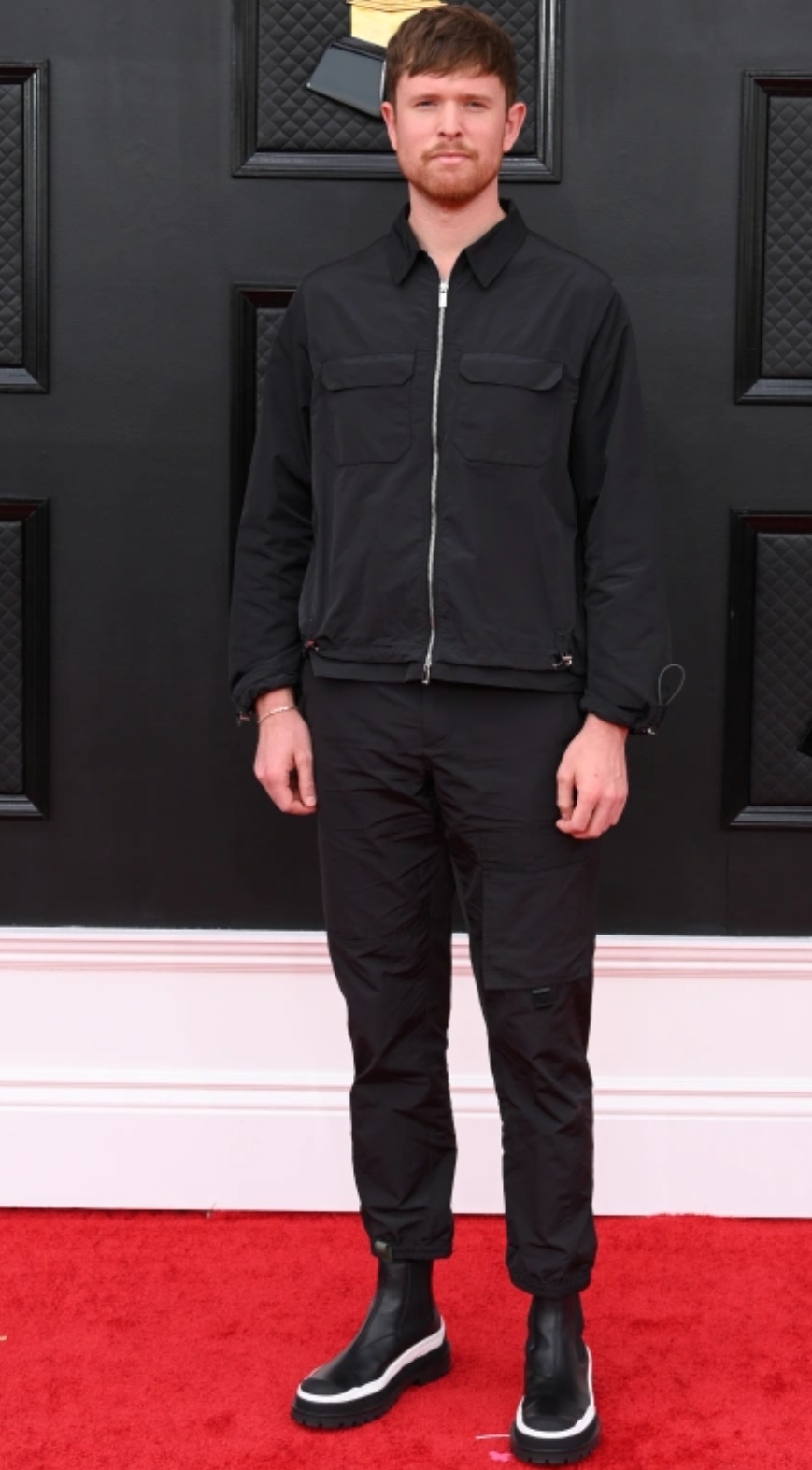 We’ll say one more thing before we go into the wardrobe. We adore Billie Eilish and think she’s incredible. The singer’s go-to wardrobe ideas are unquestionably oversized clothes, and she looks stunning in them all.

However, for the awards ceremony, the singer just threw on a black blazer. And don’t you think it’s comparable to her Oscars 2022 ensemble?

Regarding Billie Eilish’s appearance, several people remarked that they don’t know the difference between a coat and a dress. Perhaps it’s both. But she’s really killing it with her sunglasses and that flawless makeup. It’s just the attire. 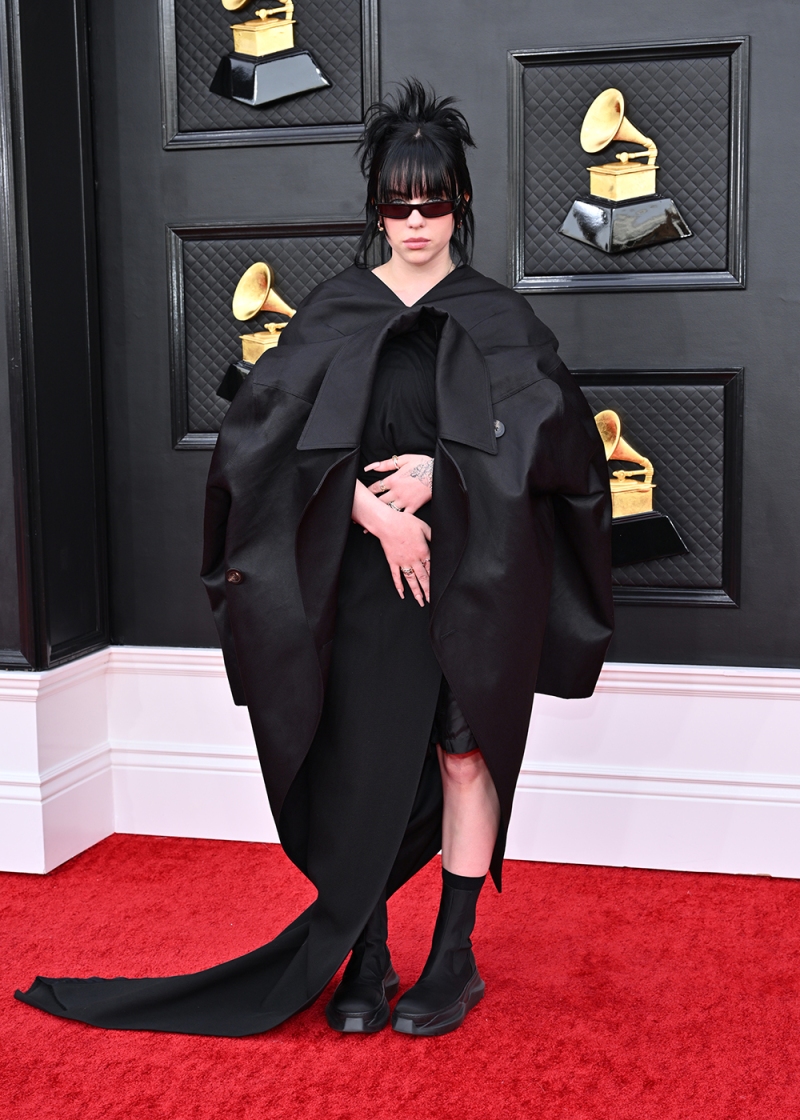 So, that’s the end of the list. You can share your opinions in the comment section below. And who do you think looked the best at the ceremony? Let’s talk about it.