First of its Kind for Barbie: Celebrating Transgender Person

The latest collectible is the first of its kind for Barbie as this will provide a channel of representation for transgender women. Laverne shares that “so many trans girls grow up wishing we had dolls to play with” and “now there’s one made especially for us.” 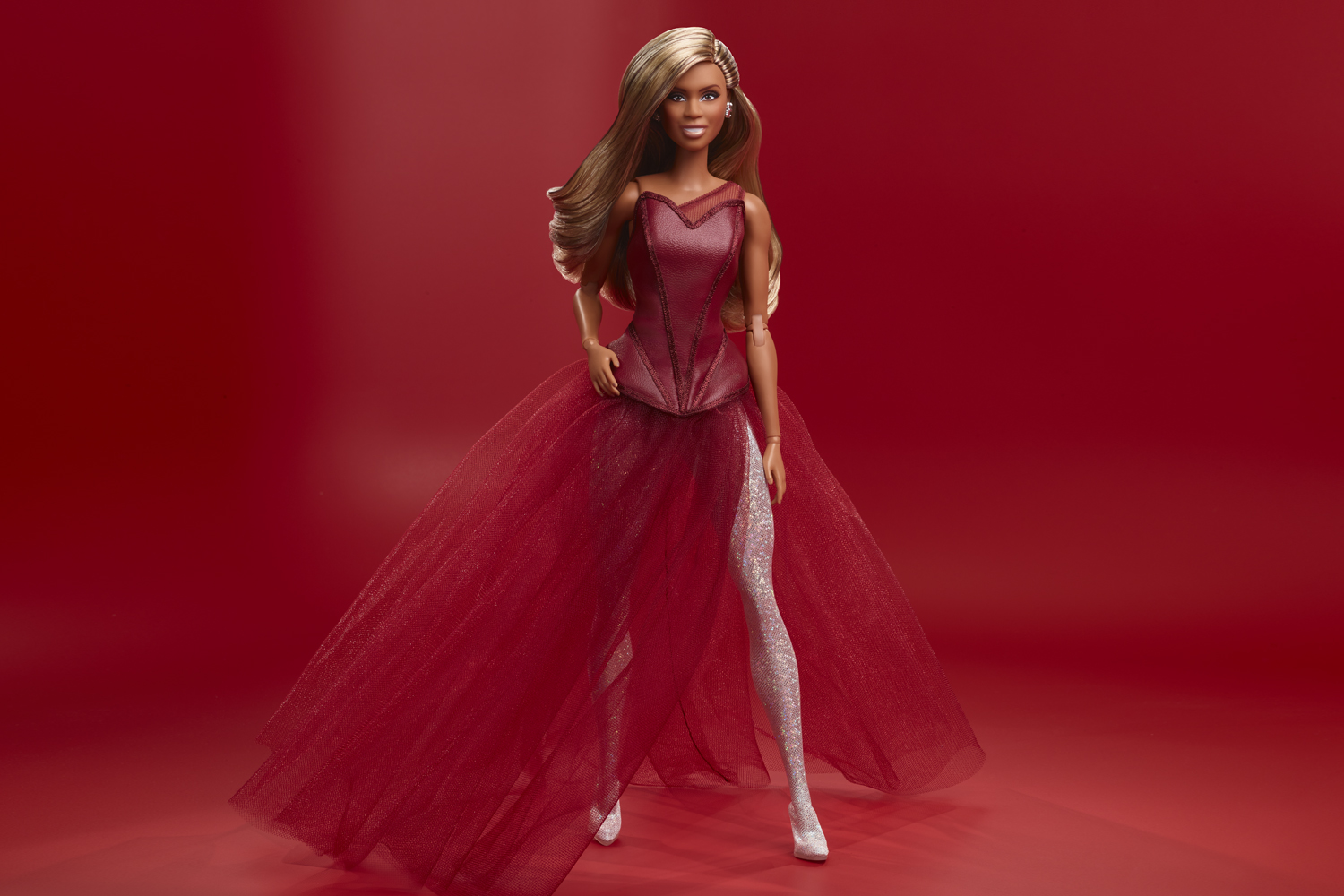 The Barbie doll has been released to celebrate the 50th birthday of Laverne Cox, who is not only an actress but also a producer, writer, and activist for LGBTQ rights. The launch of a doll in Laverne’s likeness is a way to honor her influence and impact as an advocate for LGBTQ rights. This doll forms the segment of the Tribute Collection by Mattel, which also celebrates Ella Fitzgerald, Vera Wang, and Maya Angelou.

The actor expressed in a statement “I can’t wait for fans to find my doll on shelves and have the opportunity to add a Barbie doll modeled after a transgender person to their collection.”

“I hope that people can look at this Barbie and dream big as I have in my career. The space of dreaming and manifesting is such a powerful source and leads you to achieve more than what you originally thought was possible.”

remember when n*tflix loved to pat itself on the back for disclosure (which they underpaid for, according to laverne cox) and yet continues to profit off every single thing the documentary identifies as issues in media that directly lead to violence pic.twitter.com/GFyo3UQbmM

“I can’t believe it. I love her outfit,” Cox says in excitement. “What excites me most about her being out in the world is that trans young people can see her and maybe get to purchase her and play with her, and know that there’s a Barbie made by Mattel, for the first time, in the likeness of a trans person.”

While reflecting on her childhood, Cox’s eyes get all watery at the memory of barbie and how she was not permitted to play with one.

I’m open about my story and experiences in hopes of providing comfort and guidance for my trans family, especially for trans youth who are just starting their journey. It wasn’t easy for me but I found my guiding light and you will too.https://t.co/3HF8KTYxrf pic.twitter.com/aAwCgHhIxH

To quote her “I begged my mother for a Barbie doll and she said no because I was assigned male at birth,” Cox explains. “And when I was in my 30s, I was in therapy and telling my therapist that I was denied the opportunity to play with Barbie dolls. And my therapist said, ‘It’s never too late to have a happy childhood, and what you should do for your inner child is go out and buy yourself a Barbie doll.’ ”

The Barbie is so much more than a Toy

As the doll is set to be launched amidst a tense political climate for the rights of transgenders as it nears pride month, the Inventing Anna actress, Laverne expresses that the Barbie is so much more than just a toy.

In one week from today God willing I turn 50 years old. To quote the great @kacyduke "Movement is a privilege. If you can move you should." It felt good to get this body moving today. So much gratitude for health, mobility and just still being on the planet. #TransIsBeautiful pic.twitter.com/vRGvHQUw7P

She says that “I think in an environment where trans children have been used as a political football when over 250 pieces of anti-trans legislation have been introduced in state legislatures all over the country in 2022 alone, and access to gender-affirming healthcare has been denied by policies signed into law in my home state of Alabama, in Arkansas and other states… That in this environment where trans kids are being attacked, that this can also be a celebration of transness, and also a space for them to dream, understand and be reminded that trans is beautiful,” she says. “That there’s hope and possibility for them to be themselves.”

But now with her own Barbie on the way she is all grateful: “I’m just so grateful that I’ve been able to be in this process. “It’s a process of reclaiming my inner child, healing her, and giving her what she didn’t have the first go-round. “Giving those things to her now. And Barbie is a very tangible part of that,” she shares. “So to be turning 50 years old and be transgender and have a Barbie in my life, that feels just like a full-circle kind of healing moment.”

The actor is “very involved” in the process of designing the barbie and she has been there at every step to bring the Barbie to life with Mattel. Similar to Cox’s aura the doll embodies glamour in an oxblood corset and tulle skirt, paired with a silver bodysuit and the high heeled boots.

“I was like, ‘Can we make her look more like me? And more African Americans?'” Cox teel about the feedback she shared with the creative team. “And we had a conversation about highlights and lowlights because I’m blonde most of the time now, but I’m a Black girl, so I need a dark root. And we had a whole conversation about how they can’t do that, but they could do dark low lights.” 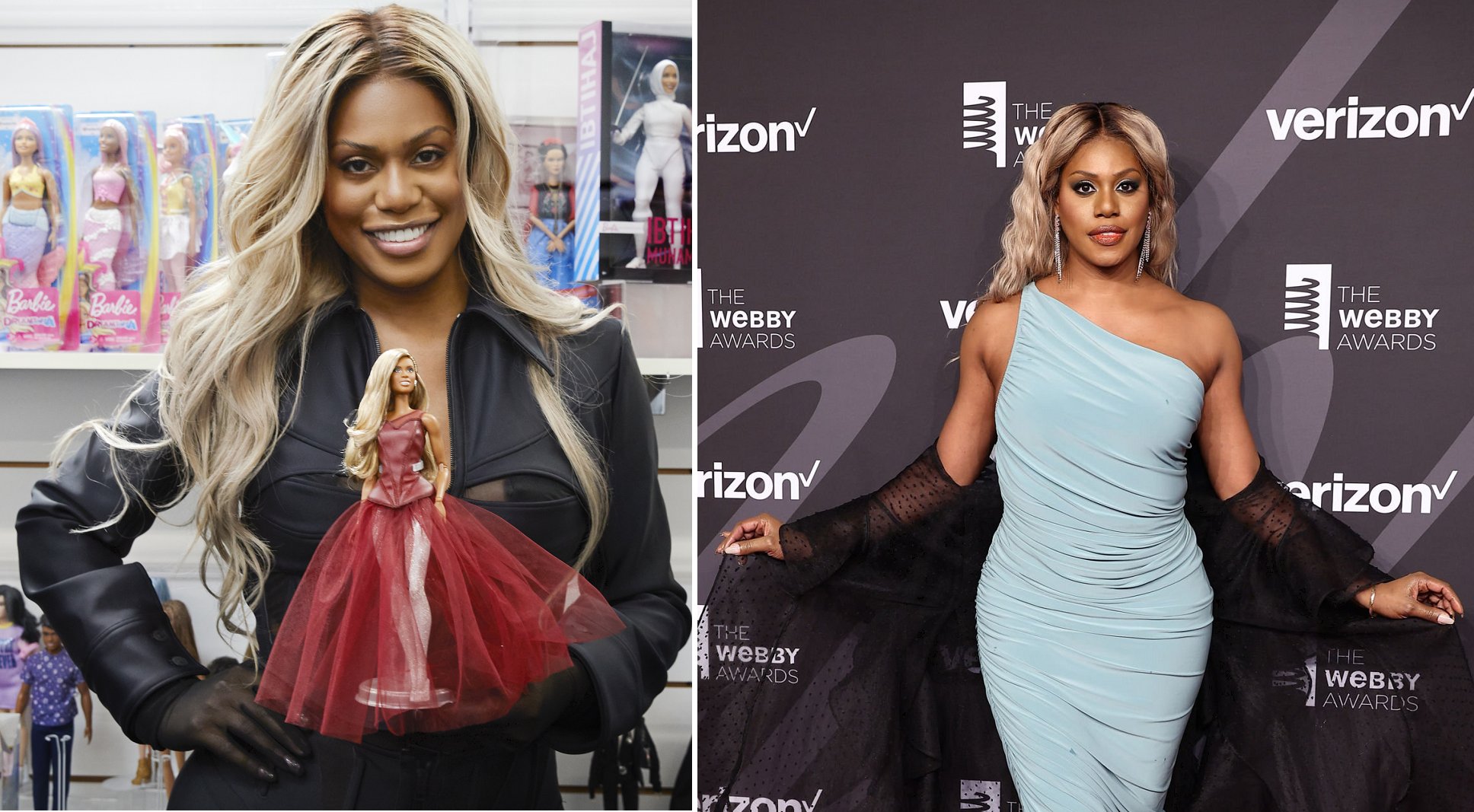 Cox even implemented the idea of mix and match play “I wanted her to wear multiple outfits, but that wasn’t cost-effective. You want the doll to be affordable. So I was like, ‘What if she had one outfit that could peel off and become multiple outfits?'” she says. “So that’s what we designed and came up with.”

Brand’s Take on the New Launch

The Executive President and Global head of Barbie and Doll at Mattel said in a statement that the brand “couldn’t be more excited” to be in partnership with the four-time Emmy nominated Laverne Cox.

Cox has been the one making history since her career kickstarted, as she was the first transgender woman of colour to get the lead role on the show Orange Is the New Black, which was made available on Netflix between 2013 and 2019.

McKnight said that “We are proud to highlight the importance of inclusion and acceptance at every age and to recognize Laverne’s significant impact on culture with a Tribute Collection Barbie.”

Back in 2018, the fans petitioned for Laverne Cox to have her barbie and one of the fans, Jason Preston launched this petition.

Thank you to all who have shared & signed but we have a ways to go. Lets show @Mattel our #'s! Representation matters. #MoreRoleModels Mattel: Laverne Cox First Trans Woman BARBIE Doll – Sign the Petition! https://t.co/bCCARgi1kY via @Change

The description of the petition read: the definition of the ‘inspiring woman’” and she’s a “symbol of what you can achieve if you are true to who you are.”

Cox even replied to the petition on Twitter by expressing “Ah that’s sweet. I would love to be a Barbie doll”. And now the fans have made this possible and the barbie of LvaerneCox is available on Amazon, Walmart and Target.