Shawn Mendes Dresses Up as Indiana Jones for Halloween 2022

Shawn Mendes is nailing the Halloween look! As the Halloween festivities begin, celebrities are flaunting their elaborate costumes, much like every year, impressing fans with their spooky and innovative looks.

Last night, television personality Vas J Morgan organized a Halloween party where a number of stars were seen showing off their creative costumes. But the celeb that made the most headlines at the party was Shawn Mendes, who dressed up as Indiana Jones for the event. 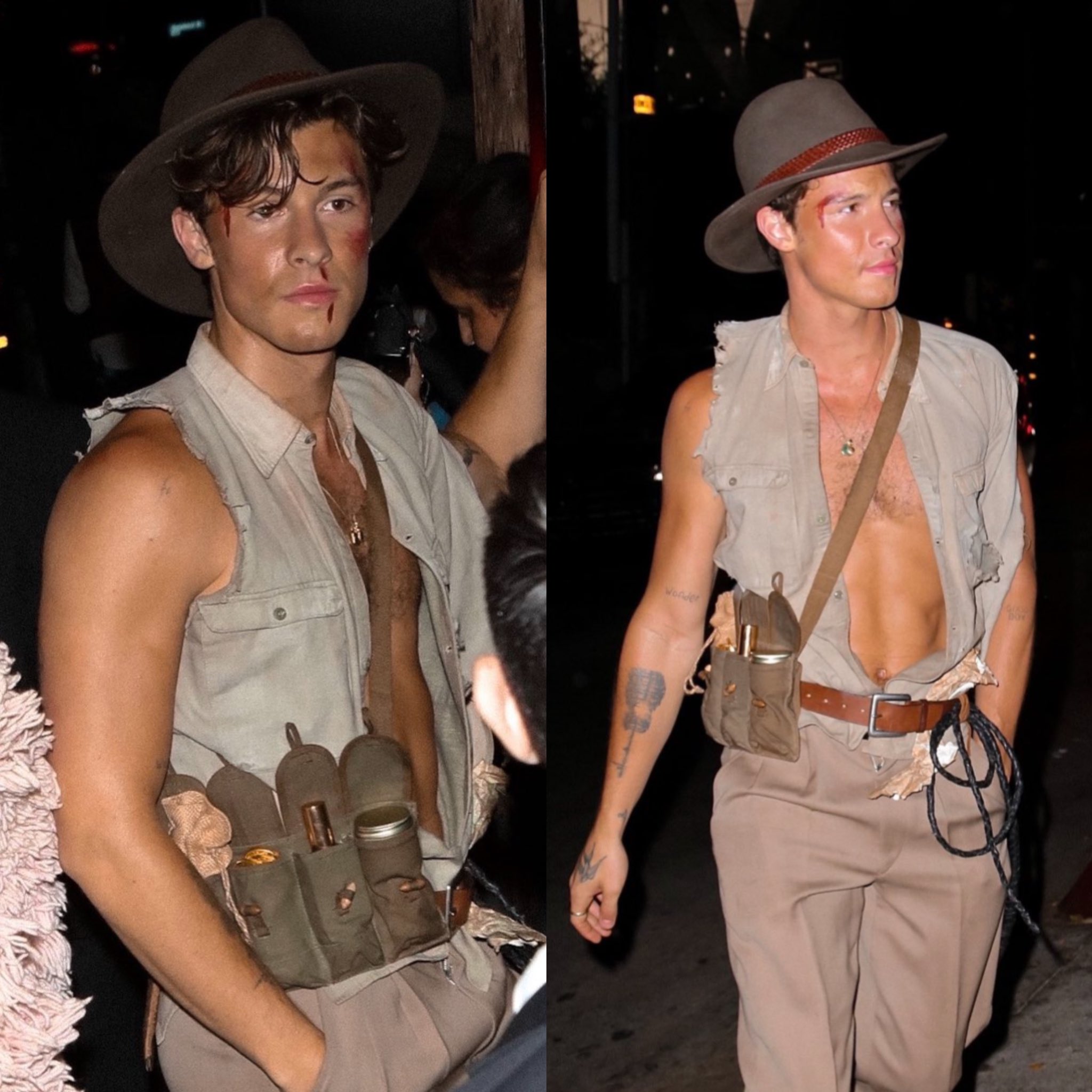 On Saturday, October 29 Vas J Morgan hosted a Halloween party in West Hollywood, California. Mendes made a rocking entry into the party in his Indiana Jones get-up, inspired by Harrison Ford. The pop star smiled for the camera as he wore the character’s trademark cowboy hat with an unbuttoned shirt that had a ripped right sleeve.

Shawn accessorized the look with Jones’ iconic whip and sling bag. The 24 year old singer also teased the look on his Instagram story, which he posted from inside the party. Mendes was seen adjusting his hat and laughing while he recorded a video at the venue.

The singer’s look has impressed fans, who are showering their praises on him. “shawn mendes dressing up as a sexy indiana jones literally floored me he’s so sexy i cannot do this,” wrote a fan, while another tweeted, “Shawn Mendes dressed as Indiana Jones is all that’s right this Halloween.”

A follower also wrote, “@ShawnMendes  shawn managed to get them all in one costume   Jumanji? Indiana jones? Crocodilo Dundee? Lara croft ? Cowboy?  I loved it,” with another commenting, “shawn mendes as indiana jones was the reason for my breakdown.”

Apart from Mendes, the event was graced by Kim Kardashian, who covered herself in skin-tight blue latex to dress up as Mystique from the X-Men films. Paris Hilton appeared as a glamorous FBI agent. 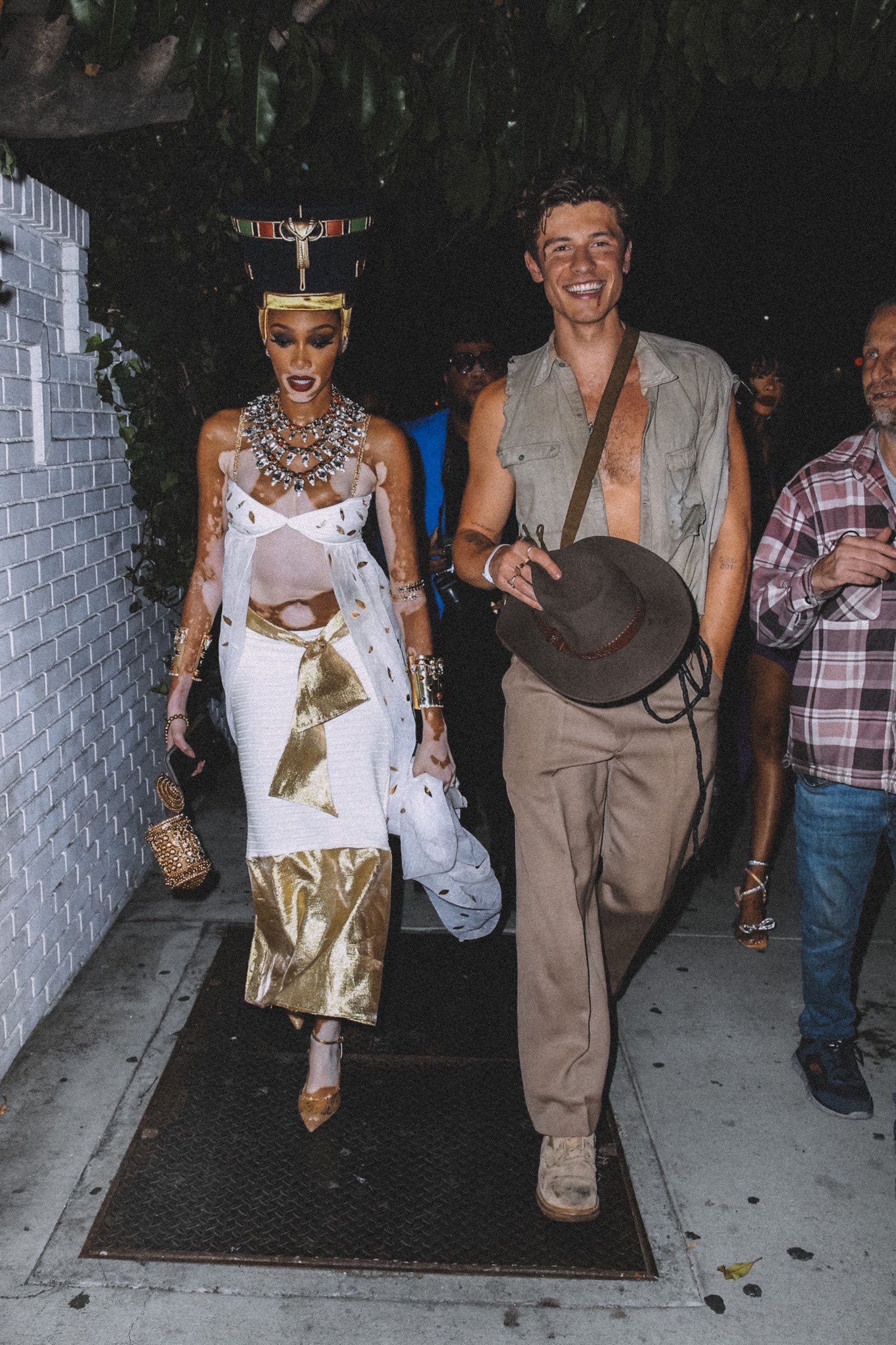 Megan Fox and Machine Gun Kelly also made head turns at the event as the actress wore a chain leash around her neck, which was held by the rapper. Other celebrities who impressed with their looks at the party included Justin and Hailey Bieber, Olivia Rodrigo, Winnie Harlow, Ashley Benson, Caylee Cowan, Jared Leto, Chris Brown, and Rebel Wilson.

This is the first time when the singer is celebrating the festival without Camila Cabello, with whom he broke up earlier this year. In the past two years, the ex-couple’s chemistry was admired by fans as the two continued their PDAs in Halloween costumes.

Last year, the two made headlines as they supported skeleton-like make-up for the festival and giggled and danced with each other. In 2020, Camila dressed as a witch, while Shawn opted for a subtle look with a little blood on his head.

The two shared a post on their social media, which featured them passionately kissing during the festivities. “Me, but beat up, and a Miami witch. THE HALLOWEEN SPIRIT IS NEVER CANCELLED!!!!!!!! (caption by camila),” Shawn had captioned the post.

What are your thoughts on Shawn Mendes’ Indiana Jones Look? Tell us in the comments section.