Eric’s Outfit had a Message

Bringing a little swagger back to the #MetGala!

Honored to be here. pic.twitter.com/PuyOfy6FmQ

NYC Mayor Eric Adams wore an old-fashioned long tuxedo coat emblazoned with the message “End Gun Violence” on the back. He also paid tribute to the city’s Metropolitan Transportation Authority on his sleeves and lapels.

The look, which Adams donned for the “gilded glamour”-themed event held at the Metropolitan Museum of Art on the Upper East Side, also featured the image of a gun inside the no symbol. The custom art on the back of this classic jacket is done by Laolu, a Nigerian artist who is based in New York City. The mayor described the couple’s outfit as “We are wearing modern fashion and a beautiful dress that Tracey is wearing.”

The 61-year-old mayor spoke to the interviewers at the event and said that the “goal is to end gun violence and save our children”. His outfit received mixed reactions from netizens who are criticising him for failing to address the issue of gun violence.

What’s the Criticism For? Adams’ political splash at the 2022 Met Gala sparked criticism from some netizens who are accusing him of just sporting a certain look and not addressing the rise in crimes in NYC. Nevertheless, he was looking stunning alongside his gorgeous girlfriend Tracy Collins who complimented her longtime boyfriend in a beautiful white gown with embroidered black leaves.

If Eric Adam’s wants to end gun violence he should examine the rise in crime in his city, start blaming it on the criminals roaming the streets, not law abiding citizens who own guns. Also the tux is hideous. https://t.co/vfWSKx7jw1

One netizen took to Twitter and criticized him for doing nothing in advocating the cause. He wrote, “If Eric Adams wants to end gun violence he should examine the rise in crime in his city, start blaming it on the criminals roaming the streets, not law-abiding citizens who own guns. Also, the tux is hideous.”

Eric Adam’s at the Met is unforgivable

Another netizen tweeted, “Eric Adams’ presence at the Met Gala is unforgivable” while one Twitter user sarcastically wrote, “Oh Thank Goodness, NYC is safe now.” Despite the criticism, Eric nailed his old-fashioned look and stunned the crowd with his tuxedo that displayed iconic features of New York on the back.

Thank you to Cuccio Nail Salon in Washington Heights for getting me ready for the #MetGala!

The mayor did work hard to look at his best at the 2022 Met Gala. He even took a pedicure at the Cuccio Nail Salon in Washington Heights before yesterday’s event. The rage against the mayor comes after the tremendous rise in gun violence in NYC.

Eric Adams is a Good Mayor 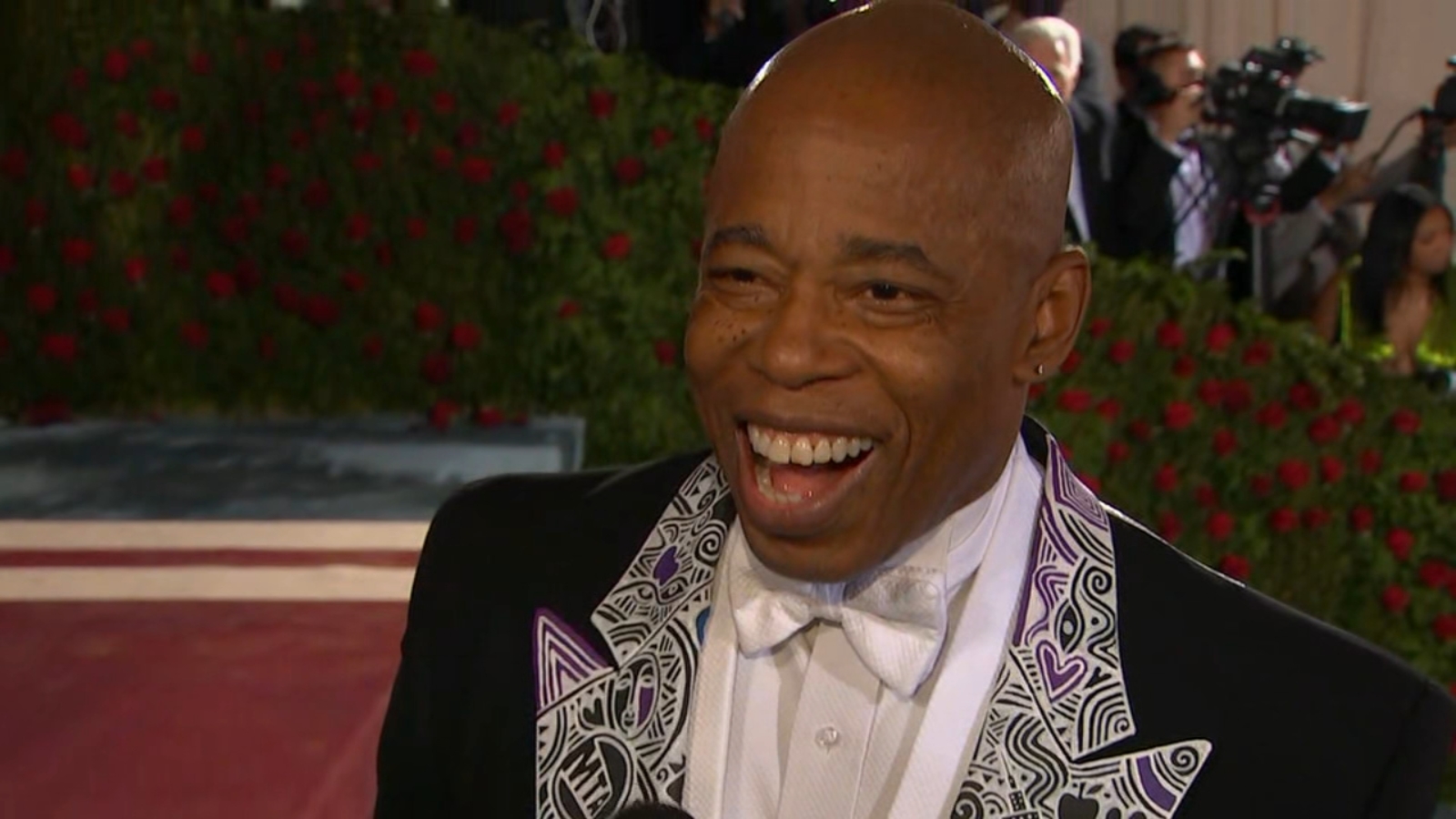 The city witnessed a 16.2% increase in shootings this year per the NYPD statistics. In March itself, the city reported 115 shootings in comparison to the 99 shootings last year. The increasing supply of ghost guns which remain untraceable also remains an alarming issue in the United States.

Now, I must address here that Adams was sworn in as mayor in January 2022. He has taken a tough-on-crime approach and reintroduced a plain-clothed unit of police officers that had been disbanded by the previous administration.

In efforts to improve the city’s standards of living, he has implemented a zero-tolerance policy on homeless people sleeping in subway cars. I believe the New Yorkers must give him time to do what he does best. What do you think about Eric’s outfit?