There have just been a lot of stars walking down the runway in the City of Light. Quite a few familiar faces were gracing the runway at Balenciaga’s fashion show on July 6 in Paris to slay the runway during the brand’s fashion show. 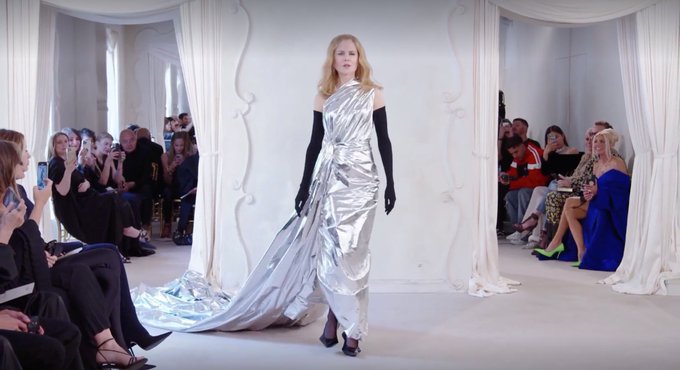 With A Sleeveless Metallic Gown, Nicole Slayed The Show

In the show, Nicole once again made everyone speechless with her stunning look, as she does every time. Keeping with the theme of the evening, Nicole wore a sleeveless metallic gown along with a flowing train and a pair of black gloves that covered her entire hands and complimented the gown’s beauty. The attire she wore was from Demna Gvasalia’s second couture collection for Balenciaga.

The model also wore a pair of black pencil heels with an exquisite walk that made everyone fall in love with her look as she walked the runway like a queen. What a refreshing and beautiful look, Nicole! Check out Nicole’s breathtaking look below!

The recent seasons have seen a lot of fantastic runway moments. Still, few can compare to the star-studded Balenciaga Haute Couture show, which took place in Paris on 6th July 2022 morning and marked the second time Demna has been a creative director for the fashion house.

Demna debuted her latest collection outside the elegant Salon of Balenciaga founder Cristobal Balenciaga. The masses gathered outside the salon to watch the unveiling of signature skin-tight bodysuits, dramatic ballgowns, and unadulterated glamour and excellent craftsmanship everywhere. 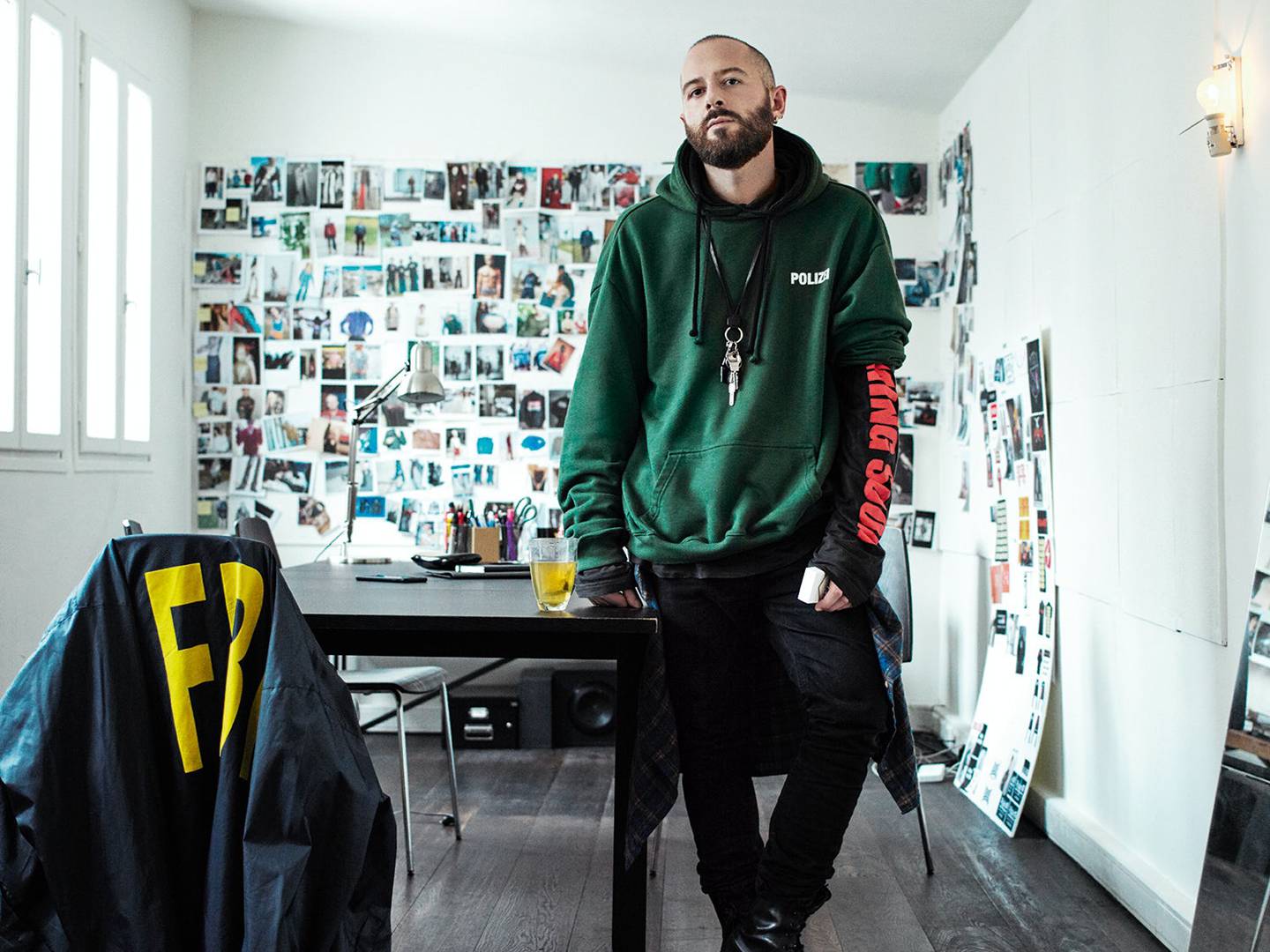 It turns out the designer from Georgia did not only have some spectacular clothes on display, but he also had some surprises up his sleeve. In a streetwear-inspired all-black look, North West, Kim Kardashian’s 9 year old daughter, sat on the front row with Kris Jenner on her Paris Haute Couture Week debut, wearing sunglasses and a streetwear-inspired style inspired by the designer.

An All-Balenciaga Nicole Was Spotted Outside Her Hotel

It has been spotted outside the 55-year-old Oscar-winner’s hotel in Paris that she is wearing a combination of black and blue clothing by Balenciaga, including a black long-sleeve top with a scoop neck, a light blue pair of baggy high-waisted jeans, and a pair of black pointed Knife boots. 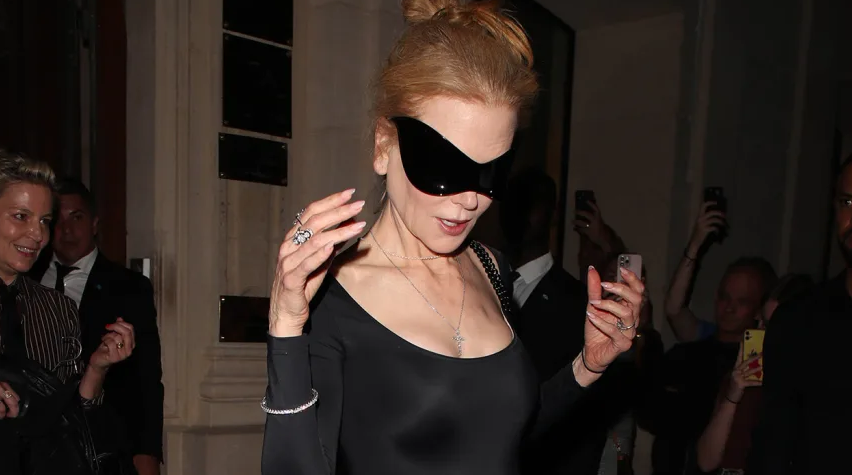 So far, everything has been pretty straightforward. Despite this, Nicole accessorized her black dress with an oversized black wrap pair of eyewear that were guaranteed to turn heads and a black quilted leather Hourglass XS bag that was sure to attract attention.

There is a strange eyepiece adorning Kidman’s face, which is actually a pair of sunglasses from the French fashion house Balenciaga, which covered a large part of Kidman’s face during a fitting for the brand.

We are here to appreciate Nicole’s beautiful looks now that she is an official Balenciaga girl. There is no doubt that she is the star of the show. What do you think of Nicole’s look in the fashion show? Let us know what you think in the comments.