Cardi B is known for being one of the rawest and most real celebrities out there. While she gets trolled for the way she speaks and reacts, she is also praised for not being fake. 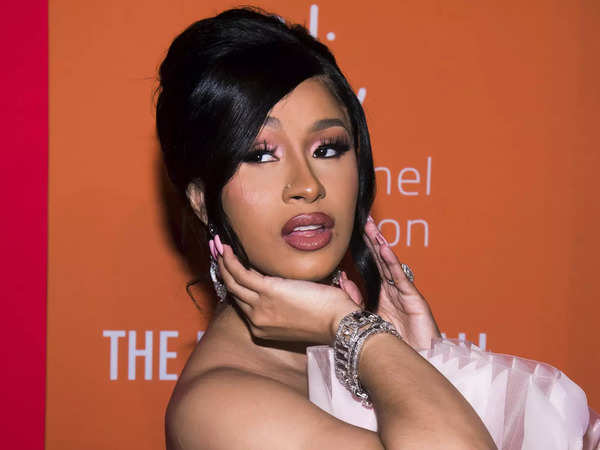 Every person in the media space likes to look nice, especially because of all the cameras around. No one wants to be spotted without makeup. Then we have Cardi B who posts makeup-less pictures and videos to help fans relate.

Here are some of the rawest pictures/videos that the rapper has shared so far.

She posted a video about her dog giving birth to her litter and said “Hey everybody! So somebody was so thirsty to become a mom that she couldn’t wait.” A confident Cardi B posed with no makeup on. However, her flamboyant look was completed with her colorful hair. 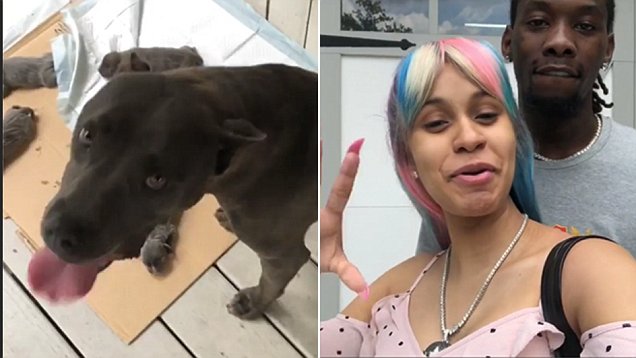 Cardi B was particularly happy on her private jet. She even twerked to celebrate it and the videos made their way to social media. The fans loved how she was not insecure about her no-makeup look. 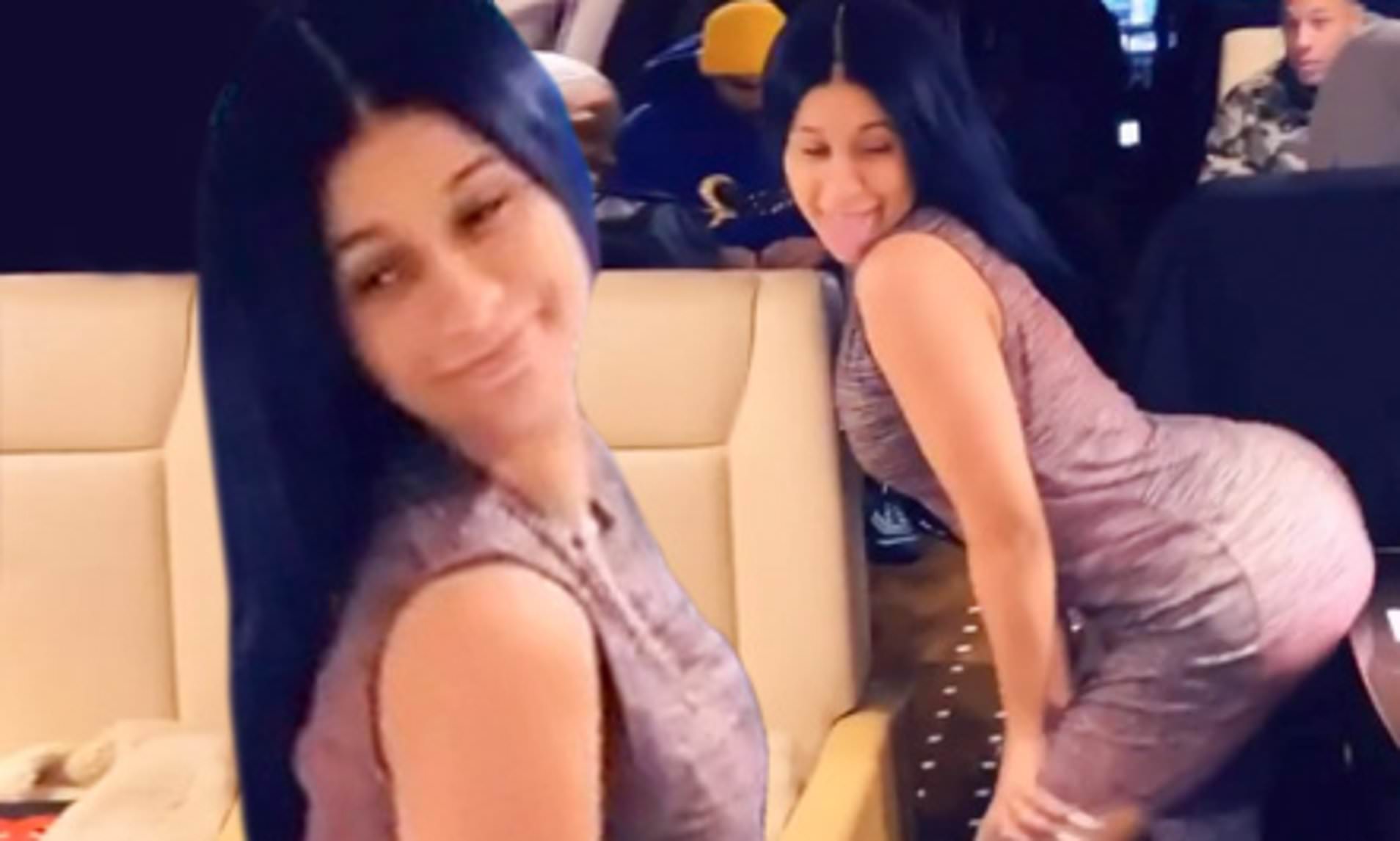 While running errands is more of a necessary chore for us, for celebrities, it is more of a way to relax and unwind. Cardi B dropped the makeup when she was about and about to run some errands. 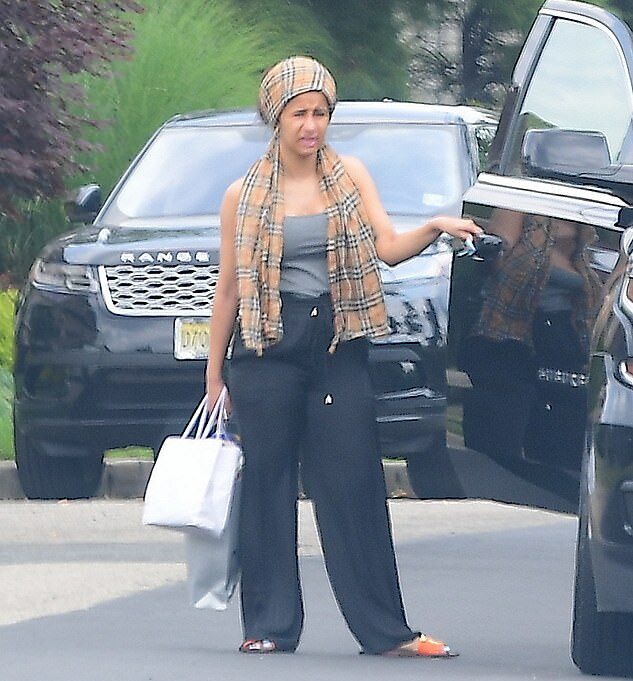 Nothing tops a cuddling session with your baby. But when you are Cardi B, you have to multitask. Cardi B shared a natural-look-picture where she took her baby girl to the stadium a day before summer jam. 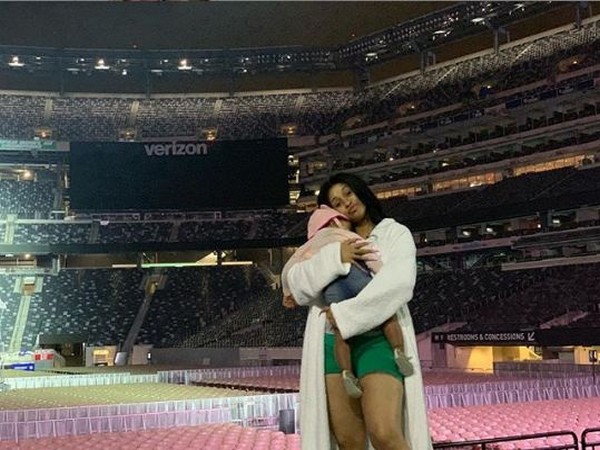 The airport looks are usually comfortable and laid back. But a lot of women still prefer to touch up and have some makeup on so they look fresh. Cardi B, however, is not one of those people. 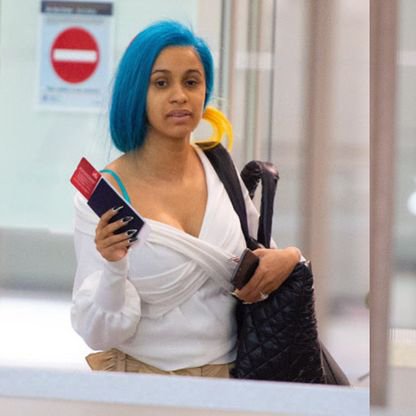 She was spotted at the airport. With her blue hair pulled back in a ponytail, Cardi B took the casual airport look to another level with no makeup on. On top of that, it didn’t seem to faze her that she was getting snapped by the paps.

You can expect Cardi B to take the troll comments and troll them back with it. After getting backlash for having some hair on the upper lip, she tweeted a natural look of no makeup and natural hair while she chilled next to Kulture and captioned it “Foreheade Foreheading, Mustache mustaching.” 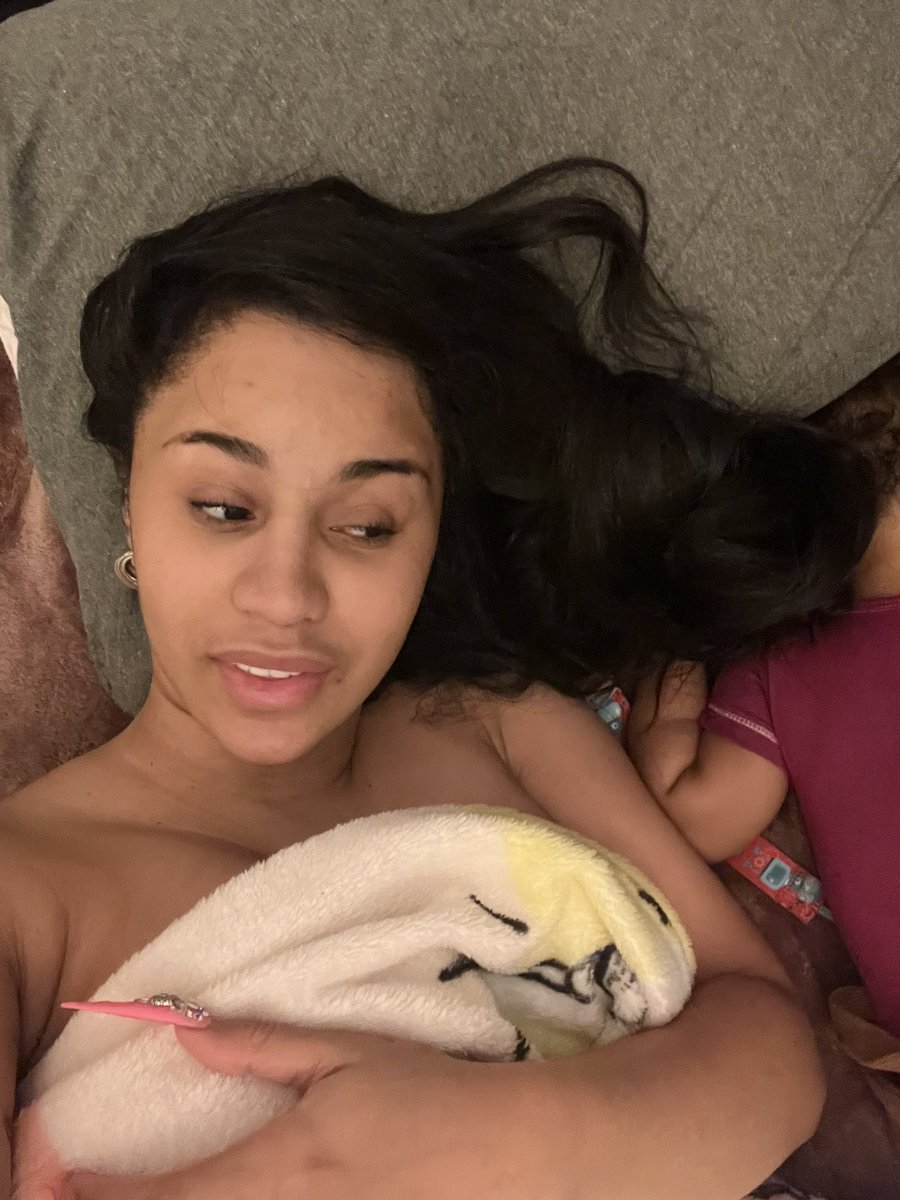 Fans certainly admired how confident she was in her skin.

Cardi B lost her cool on haters once. She posted a video of herself 20 minutes after she woke up. In the caption of the video, she called out people who took weird screenshots of her face and then criticized her.

She said that “I am confident in my own skin”. She also added that people who hated on her “need to ask ya self if ya confidence in ya self enought that ya gotta try to bring bitches down for a hobby that’s winning and in their 20s “

While most of the comments were positive and uplifting, there were some who questioned her over the possible facial surgeries that she got.

Cardi B is no stranger to courtrooms. She had to appear in court about her involvement in a strip club brawl back in 2018. Different images of her courtroom appearances show her all decked up in pretty clothes and makeup. 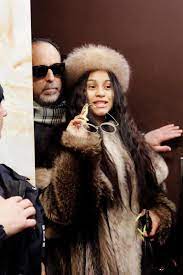 But she did make that one appearance wearing an oversized jacket where she hid her face with big sunglasses. The rapper did not have any makeup for that day and chose to go the natural way.

A lot of celebrities got big and grew their audience by interacting with them. One of the best ways to do so is through livestreaming. Nowadays, all the apps have this feature where you could go live. 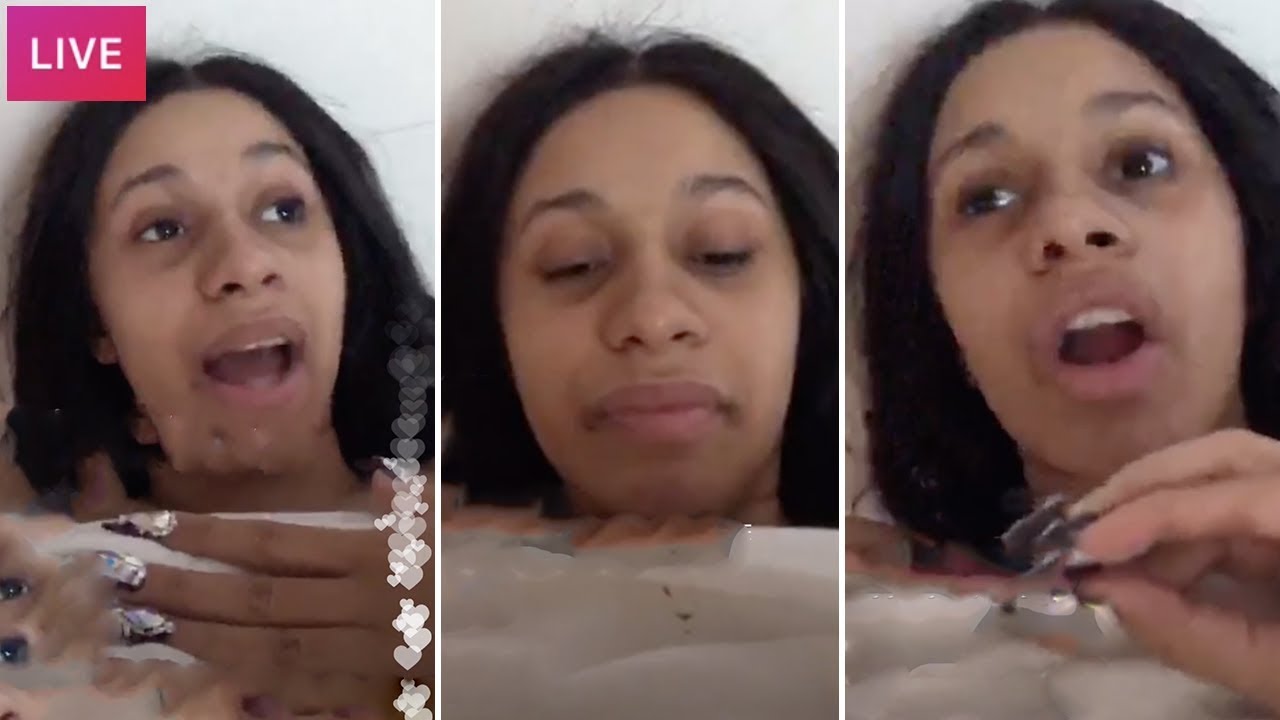 Cardi B made use of this feature a lot. She used to go live a lot back in 2018. Most of the livestreams included her casually chatting and answering questions. She did not have any makeup on and people loved to see that. It made them feel like they were chatting with their friend on Facetime. This is her on one of the many livestreams.

It is one thing to post a makeup-free video and it is a different thing to step out to go shopping in a casual, no-makeup look. She covered her hair and wore a fitted blue short dress. 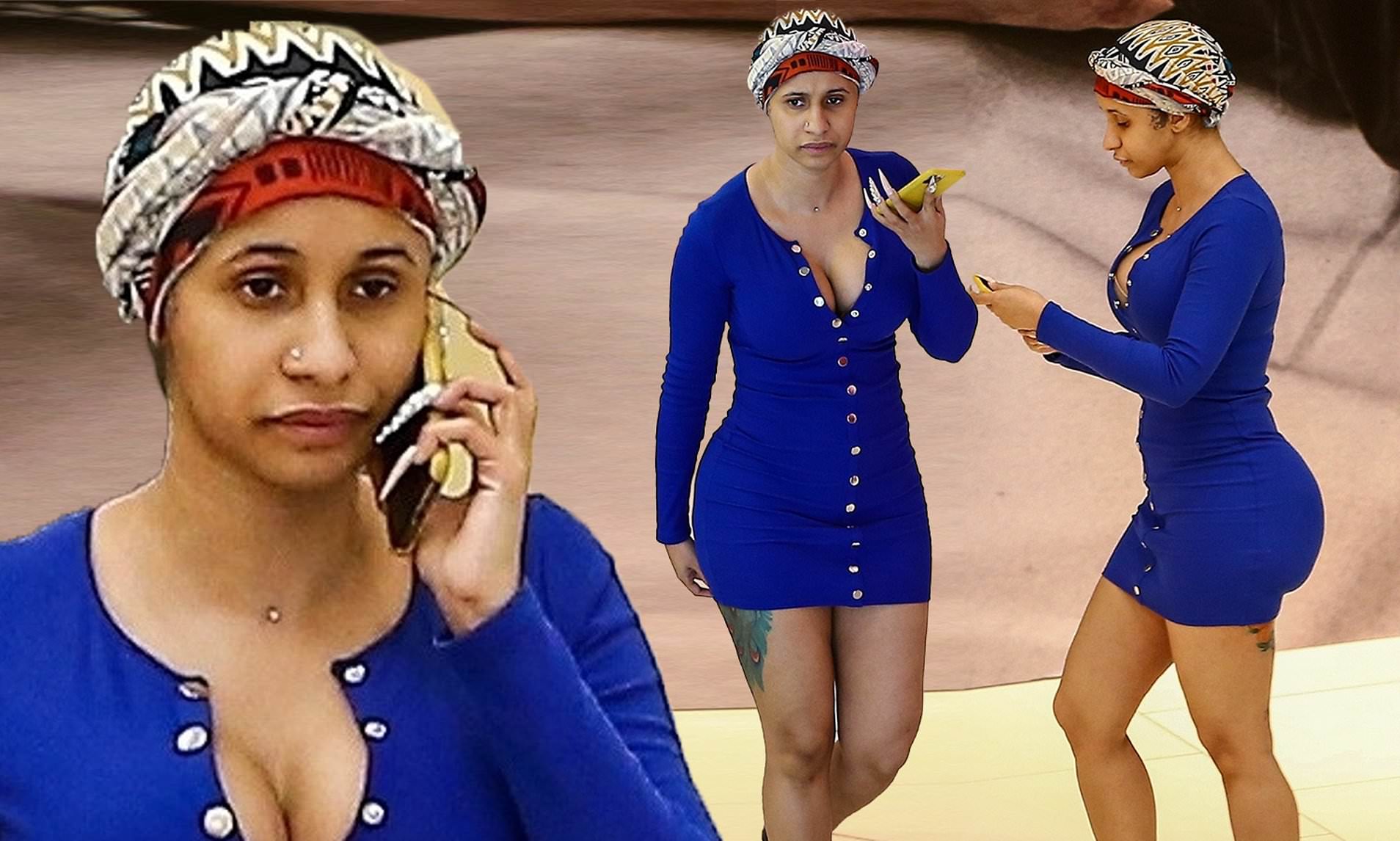 Cardi B scrolled shops in Miami while talking on the phone. She did not care that she was being photographed or that people were looking at her.

In yet another one of her makeup-free appearances, Cardi B was spotted in New York City. She was snapped while exiting a vehicle. The Grammy winner was dressed in a casual crewneck and a pair of comfortable pajamas.

She looked like she was enjoying a good day off of work as she headed into the building. The rapper did spot the paps clicking her pictures but she didn’t seem worried about it.

Going to Disneyland has been a dream for many of us. It is a dream that many of us wish to fulfill with our kids. Cardi B got to live this dream with her daughter. She took her little one to Disneyland. 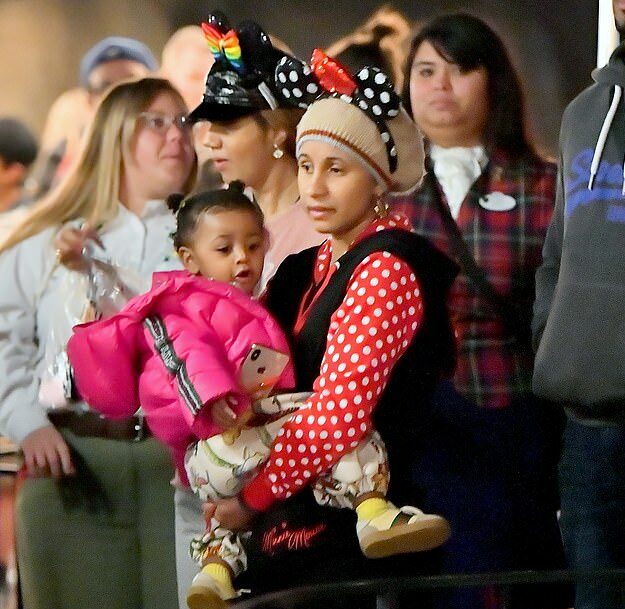 She kept her look lowkey and informal, maybe to not attract any more attention. The mother-daughter duo seemed to enjoy their time together. Cardi B sported no makeup for her day with her baby girl.

Celebrities get trolled for caring too much if they dress up and wear makeup and they get trolled for not caring enough if they choose to keep it casual. Although Cardi B is no stranger to hate comments and trolls, she does not let it get to her.

She keeps doing what she believes is the best for her. Sometimes, she does lose her cool and goes off on the haters but most of the time, she does not give them the attention they deserve. She enjoys wearing no makeup once in a while and continues to do that despite the negative comments.