A suspect in the 1984 killing of a South Boston man that authorities say was linked to mobster James “Whitey” Bulger’s control of the drug trade in the neighbourhood was arrested after four decades on Tuesday. He is being held without bail. Read on to learn about their link and the American “organised crime” boss Whitey Bulger.

Michael Lewis, 61, has been arrested for an alleged four-decade-old killing in South Boston. Authorities have linked the suspect’s crime to notorious mobster James “Whitey” Bulger and his iron-fisted control of the drug trade in the neighbourhood.

Michael Lewis, 61, pleaded not guilty to first-degree murder at his arraignment in Suffolk Superior Court in connection with the July 1984 shooting death of Brian Watson, whose body was found along a New Hampshire highway about two months after he disappeared.

Lewis “adamantly denies the allegations and looks forward to his day in court,” defense attorney James Sultan said. Lewis is being held without bail. So how was he connected to Bulger, who died in federal prison at the age of 89 in the year 2018? Well, authorities have connected the dots after four decades.

How is Lewis Linked to Whitey Bulger?

Michael Lewis, 61 is facing a first-degree murder charge in Suffolk Superior Court in connection with the fatal shooting of Brian Watson. The slaying took place when Whitey Bulger, known for his criminal activities like arms trafficking, drug dealing and murders, terrorized the neighbourhood.

Even though this suspect or the victim had any direct link to Whitey, his influence played a crucial role per the Suffolk District Attorney Kevin Hayden. He stated, “We had a glimpse in the courtroom today of a very different Boston, a Boston that we can never allow to happen again. After nearly 40 years we are reminded of the mayhem and murder inflicted by cold-hearted and corrupt, cruel men.”

The suspect reminds us of the lawless era in Boston’s history, which has also been romanticised in several movies. New Hampshire Attorney General John Formella who attended the arraignment to represent several law enforcement agencies who contributed to this investigation stated:

“I think it’s a stark reminder that while Hollywood and others tend to glorify that era, the criminal actors of that era were not Robin Hoods, they were not heroes. The human suffering and the toll that was taken from the criminal acts that were committed during that era are still being felt today, and this case is an example of that.”

What Happened to Watson? 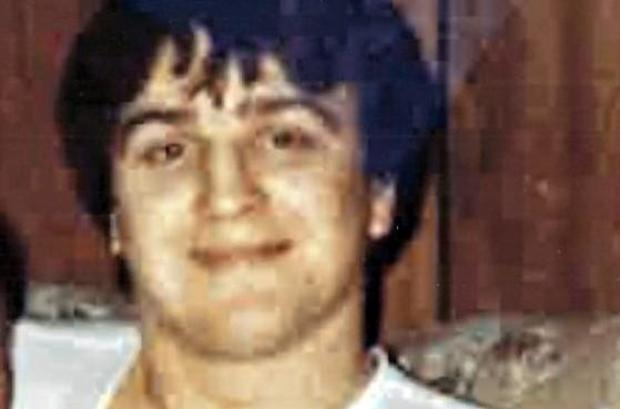 Watson, 23, was last seen alive on July 16 or 17, 1984, and was reported missing by his mother on July 28 that year, authorities said. His body was found hidden among the trees and bushes by a motorist who had pulled over on Interstate 93 in Manchester, New Hampshire, on Sept. 16, 1984.

According to the prosecution’s account of events, the then 24-year-old Lewis and another man involved in the drug trade drove around the neighbourhood in July 1984 looking for a drug dealer they thought had told Bulger that Lewis’ associate was selling angel dust in South Boston.

Now, Bulger, who was known for extortion of drug dealers, demanded a $5,000 payment plus another $1,000 per week from the man, whose name was not disclosed by prosecutors. Surprisingly, Bulger was also an FBI informant along with being an “organised crime” boss.

The pair encountered Watson, who agreed to help them find the other dealer and got in their car. While the three men drove around South Boston, Lewis suddenly turned, shot and killed Watson. Bulger fled Boston in 1996 after his FBI handler informed him about his indictment. He spent 16 years as a fugitive before he was caught. Bulger got convicted in 2013 for participation in 11 killings. 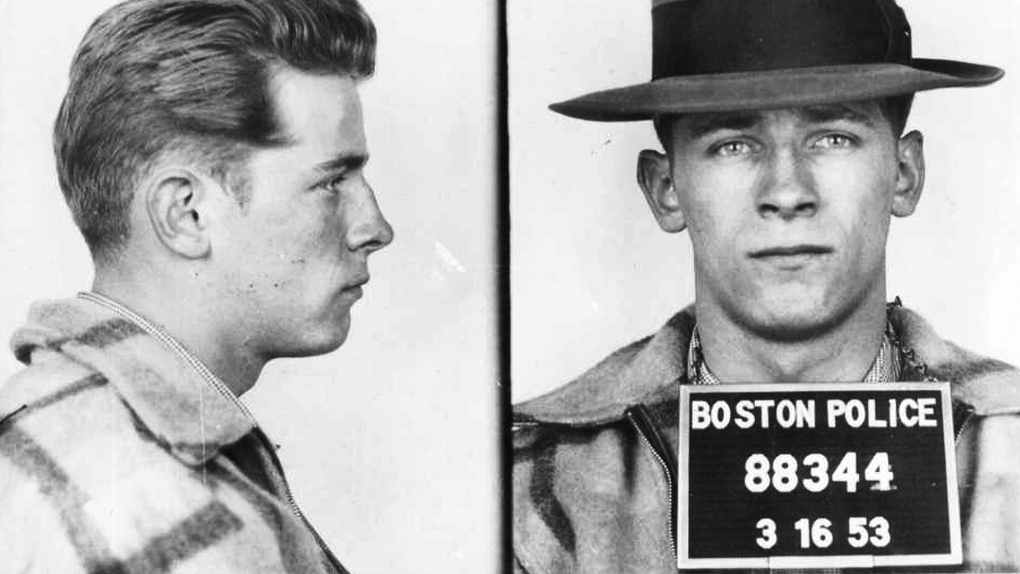 Whitey Bulger was another name of terror in Boston. As the head of the Boston-area Winter Hill Gang, he remained a leading figure in organized crime from the late 1960s to the mid-1990s. The man who initially developed a reputation as a thief and street fighter fiercely loyal to South Boston was listed by the Federal Bureau of Investigation (FBI) as one of its 10 most-wanted fugitives.

In 1956, Bulger was arrested for robbing banks in Massachusetts, Rhode Island and Indiana. He was sentenced to 20 years in prison but served nine, three of them at Alcatraz. Between 1965-1995, Bulger returned to South Boston and became involved with the Winter Hill Gang.

He eventually formed a partnership with Stephen J. Flemmi, and they began their own criminal racket. By the mid-1970s, they became informers for the F.B.I., providing information on the Mafia to agents. Mr Bulger’s handler, John J. Connolly Jr., later warned him of his impending arrest, prompting him to flee.

Bulger and Flemmi were involved in several murders to protect their criminal ventures. Their victims include Roger Wheeler, the owner of World Jai Alai, who was killed in 1981 after he learned the gang was skimming money from him, and Brian Halloran, who was killed in 1982 after providing the F.B.I. with information about another killing that Mr Bulger was accused of having arranged.

Pretrial testimony in the case of Mr Flemmi, who was arrested for racketeering and extortion, revealed that Mr Bulger and Mr Flemmi had been informers for the F.B.I. In 2000, Mr Bulger, who was on the run since 1995, was indicted on murder charges. Mr Connolly, now retired from the F.B.I., was convicted of corruption in 2002 and of murder in 2008, and he is currently in prison. Mr Flemmi pleaded guilty to first-degree murder and conspiracy and is serving a life sentence.

Whitey Bulger may have been the king of the South Boston underworld, but his brother, William, was president of the Massachusetts State Senate and one of the most powerful politicians in the state. William M. Bulger testified in 2003 before a House Government Reform Committee hearing on the F.B.I.’s use of informers.

He revealed that he did not know his brother’s whereabouts, though he admitted to speaking to him once since his disappearance. His testimony led in part to his forced resignation as president of the University of Massachusetts.

The F.B.I. followed tips about Mr Bulger for years, with the last credible sighting being in London in 2002. He shared top billing on the most-wanted list with Osama bin Laden and drew the largest reward — $2 million — that the bureau ever offered for a Top 10 domestic fugitive. 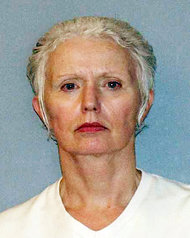 Days after a renewed public campaign for information, Mr Bulger and his longtime companion, Catherine Greig, were captured on June 22, 2011, in Santa Monica, Calif. On July 6, 2011, Bulger, 81 pleaded not guilty to charges that he had played a role in 19 murders and other crimes.

The indictment also charged him with extortion, money laundering and possession of weapons, including machine guns. Mr Bulger’s brothers, John and William were seen attending most of the pretrial courtroom hearings. As for Catherine Greig, she was sentenced to eight years in prison and fined $150,000 for her role in helping him elude the authorities during the 16 years the two spent in hiding. She pleaded guilty to the charges.

An important testimony came on June 17, 2013, when John Martorano, 72, the longtime hitman for Mr Bulger, testified as a star witness for the prosecution. Mr Martorano, who is known as the Executioner and has confessed to 20 murders, recounted several of them in the kind of matter-of-fact tone used for reading a grocery list, but he was emotional when he said he learned that Mr Bulger had been an informer for the F.B.I.

The courtroom was jammed with families of victims who were killed at the orders of this notorious man also saw him speaking about the “Code of Honor of Criminals”. Bulger stated that the code did not allow him of killing women as he denied the killing of two women. He also said that he was never an FBI informer.

Many testimonies followed in, including Mr Flemmi, 79, known as the Rifleman and Kevin Weeks, 57, the planned successor to Mr Bulger, who testified against him. In a belligerent statement, Mr Bulger told the judge in his case that he had made the decision not to testify “involuntarily.” On August 12, 2013, the jury of eight men and four women convicted Mr Bulger of a raft of racketeering charges, including participating in 11 murders. Bulger was transferred from the Federal Transfer Center in Oklahoma City to United States Penitentiary, Hazelton, in West Virginia on October 29, 2018.

On October 30, the 89-year-old, Bulger was found dead. He was in a wheelchair and had been beaten to death by multiple inmates armed with a sock-wrapped padlock and a shiv. His eyes had nearly been gouged out and his tongue almost cut off; a law enforcement official described Bulger as “unrecognizable”

New information within the past year led to Lewis’ indictment on Friday, which has once again reminded the authorities of this notorious criminal. Bulger may not have been directly connected to Watson’s murder, but he surely influenced the killing. Watson met a brutal end just because he gave a lift to these criminals. What do you think about this arrest and Bulger’s story?
Share
Facebook
Twitter
Pinterest
WhatsApp