Watch: A Heart Melting Video of a Girl Singing ‘Let it Go’ in a Shelter in Ukraine

Not every news coming out of a war zone is heart-wrenching but heart-melting too.

Amidst the Russian bombing of Ukraine, people are sheltering in bunkers in huge numbers. A video of a little girl is trending across all social media platforms, A little Ukrainian girl is touching hearts singing ‘Let it Go’ from Frozen. 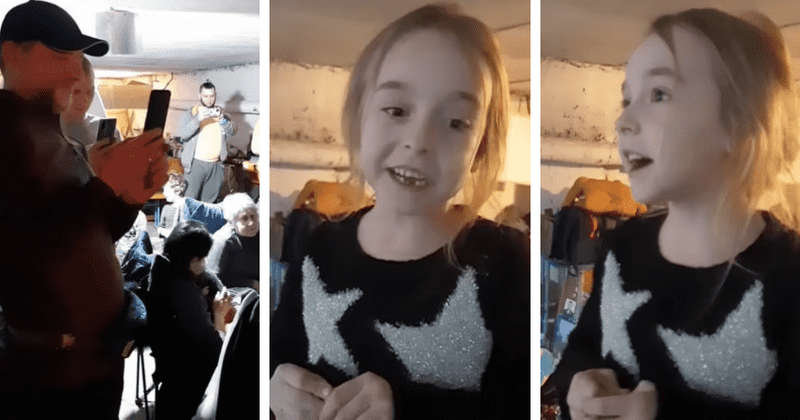 Families were left speechless after this little girl’s incredible performance on Elsa’s signature song from “Frozen”. Check out this article to know everything.

The Viral Video of Little Girl Singing “Let It Go”

A little girl’s emotional interpretation of the famous song ‘Let it go’ from the film Frozen, recorded in a bomb shelter in Kyiv where she was hunkered with her family and several other people.

Video of this little girl who goes by the name Amelia was recorded by Marta Smekhova, who was also hunkering in the bomb shelter. 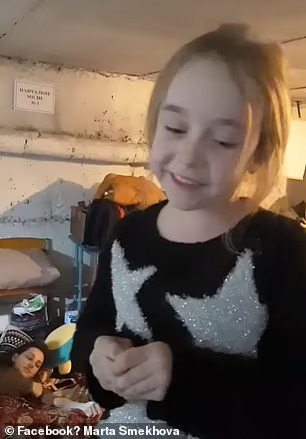 The video was initially shared on Facebook with the permission of Amelia’s mother. Marta Smekhova posted this video on her Facebook describing how moving this little girl’s singing was in the middle of the bombing and the terror.

People left whatever they were doing and sat down together to listen to her beautiful voice.

In this video we can see, Amelia singing the version of the oscar winning song, “Let it Go” for those sheltering in the bunker in Kyiv. In the video you can see, some people are lying on the floor, some are sitting with their families but the moment Amelia starts singing, she attracts everyone.

People are seen cheering and recording her performance on their phones as she sings. Whatever the scenario and the atmosphere was there in the bomb shelter at that point, people put that aside and listened to Amelia sing her heart out with this beautiful song.

People are applauding and cheering as Amelia finishes her song. The little girl can be seen happy, clutching her hands on her face as she gets shy with the attention. 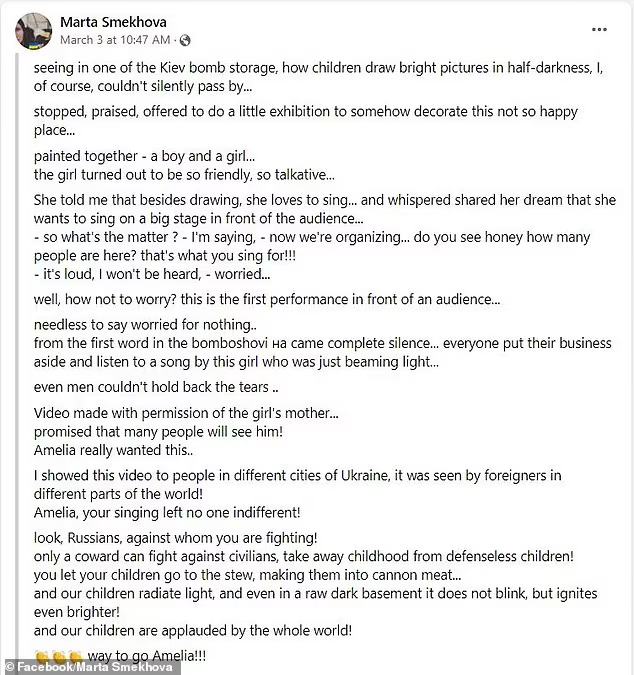 Marta Smekhova shared this video on her Facebook sharing the innocence of children and how they draw such bright pictures in dark scenarios. She shared that Amelia likes drawing and singing. Amelia also whispered in Marta Smekhova’s ear that she wants to sing on a big stage in front of people.

The video has crossed more than a million views on Facebook and is constantly been reposted on various social media platforms with love reaching each part of the world.

It was not just on Facebook, the video is being shared on various platforms including Twitter where so many people are responding to this mesmerizing voice. The original singer of the song, Idina Menzel shared Amelia’s video on her Twitter and said, We see you, We really really see you”.

Someone congratulated and applauded the bravery for going through what the little girl and her family is dealing with right now.

Lovely, brave girl. To go through what she and her family are dealing with, yet still be able to smile and sing, is absolutely amazing. The strength of the human spirit – even in a child. Stay safe little one. I wish you a long & happy life.❤#StandWithUkraine️ #Ukrainians

This is clearly a very tough time for those who chose and those who didn’t. We hope the skies get clear for those who are waiting for bright sunshine.