U.S. is Not a Liberator: Roger Waters Defends Himself for Labelling Joe Biden as a War Criminal 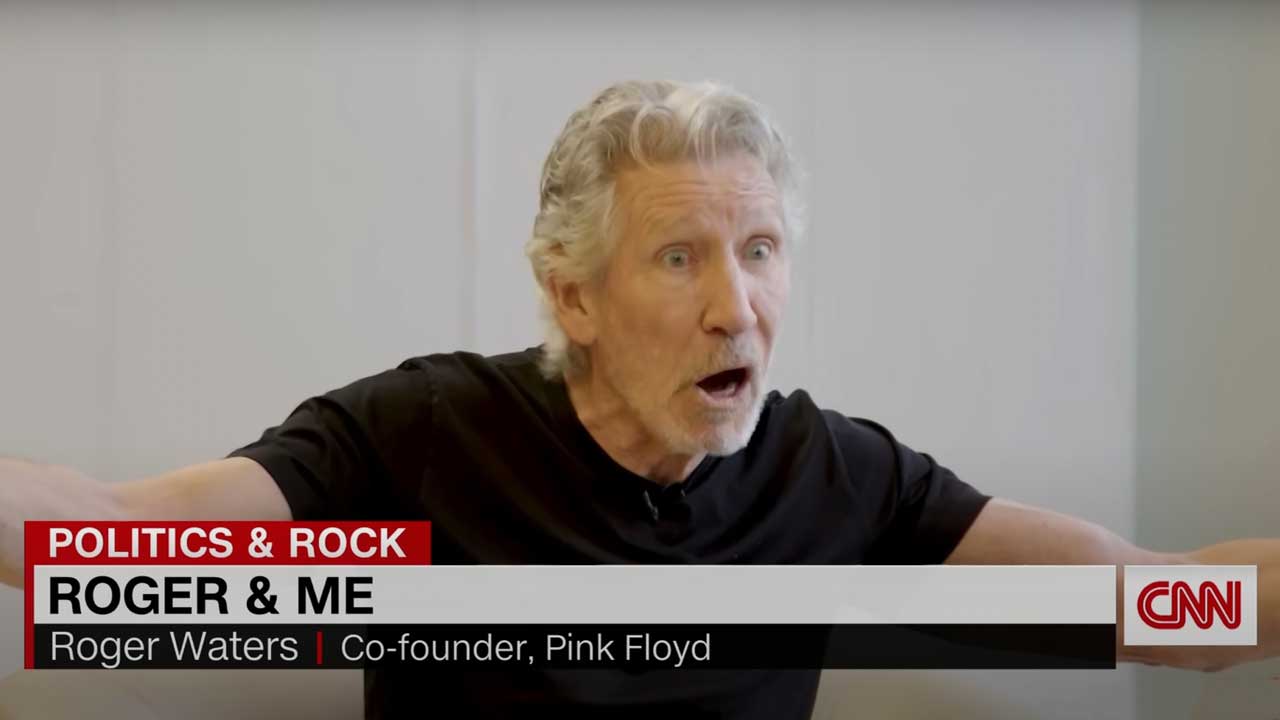 Previously, Roger didn’t hold back when debating his decision to include the American president in a slideshow of “war criminals” at his “This Is Not A Drill” tour shows. Read on to learn more about Roger’s defensive statement.

It took me a while after watching Roger Water’s interview with CNN. While the legendary star remains one of my favourites, his political views against President Biden require reconsideration. But as they say, “Freedom of Speech” is a thing too!

During a politically charged interview with CNN, former Pink Floyd frontman Roger Waters offered a defence for labelling US President Joe Biden as a “war criminal”. While conversing with Michael Smerconish, who himself remains a huge fan of Pink Floyd, disagrees with him on his political views, asked Waters why he considers Biden to be a candidate for the “war criminal” slideshow.

“The Wall” artist replied,  “Well, he’s fuelling the fire in Ukraine, for a start – that is a huge crime,” the artist answered, rhetorically posing to Smerconish: “Why won’t the United States of America encourage [Volodymyr] Zelenskyy, the [Ukrainian] president, to negotiate, obviating the need for this horrific, horrendous war that’s killing… We don’t know how many Russians.”

However, Smerconish replied by telling Waters that he’s “got it reversed” and that the singer is mistakenly “blaming the party that got invaded”. Waters, on the other hand, was straightforward to disagree and defended his point by stating: “Well, any war, when did it start? What you need to do is look at the history, and you can say, ‘Well it started on this day.”

He continued by mentioning that the war had already begun in 2008, and the war is about the action and reaction of NATO pushing right up to the Russian border, which they promised they wouldn’t do when [the final leader of the Soviet Union, Mikhail] Gorbachev negotiated the withdrawal of the USSR from the whole of Eastern Europe.” 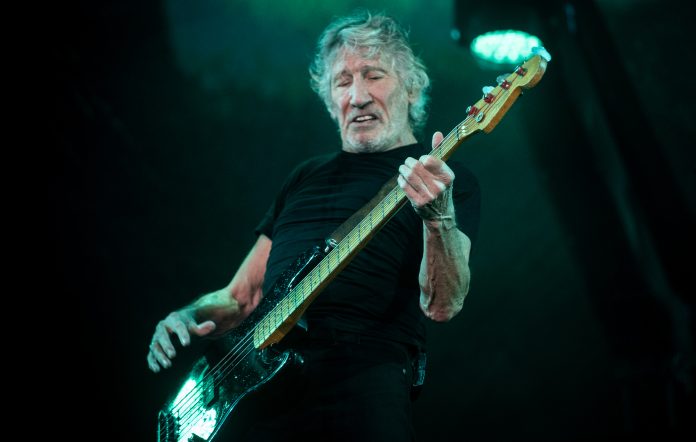 While I recalled the song, “Another Brick In The Wall”, Smerconish told Waters to consider the US’ role as “liberators” in the deadly war between Russia and Ukraine. On this, Roger immediately stated: You have no role as liberators! What are you talking about?

The interviewer then placed an example of World War II. On this, Waters said that we got into World War II because of Pearl Harbour. He said, “You were completely isolationists until that sad, devastating, awful [inaudible] in 1941.”

Reminding Waters that he lost his father in the said war,  Smerconish offers a rebuttal by stating that we were always going to get involved in World War and Pearl Harbour only pushed us in. “But thank God the United States got in, right?”, the interviewer said.

Waters didn’t waste time rebutting his argument and stated “thank god the Russians had already won the bloody war, almost by then. Don’t forget, 23 million Russians died protecting you and me from the Nazi menace.

Was There A Need To Invade Ukraine? Michael Smerconish posed another relevant question by asking Roger Waters, “You would think the Russians would have learned their lesson from war and wouldn’t have invaded Ukraine – fair?” Waters disagreed and asked Michael to get back to the books and start reading.

He added, “…You go away and read a bit more, and then try and figure out what the United States would do if the Chinese were putting nuclear-armed missiles into Mexico and Canada.” However, Smerconish intruded and stated, “Chinese are too busy encircling Taiwan.”

To this Roger quickly rebutted and reminded Michael that China is not encircling Taiwan because it’s already a part of China and the same has been accepted by the international community since 1948. He again emphasises for Michael to brush up on his reading skills and said, “Go and read about it! You’re believing your site’s propaganda.”

Now, the topic may seem to be deviating, but even if Roger has a point to make, how can we forget that Beijing views the island as part of its territory? And if we consider the tension between the two, Beijing has vowed to eventually “unify” Taiwan with the mainland, using force if necessary.

Coming back to calling President Biden a ‘war criminal’, the highly-political rocker decided to include the 79-year-old Joe Biden in a slideshow of “war criminals” at his ‘This Is Not a Drill’ tour shows. If you don’t know, The North American leg of Waters’ ‘This Is Not A Drill’ tour will continue in Columbus on Wednesday (August 10), with a further 28 dates on the itinerary before ending in mid-October.

He opened up the concert with a stern statement: “If you’re one of those ‘I love Pink Floyd, but I can’t stand Roger’s politics’ people, you might do well to f*** off to the bar.” Waters fired at Biden for “fuelling the fire in the Ukraine” amid Russia’s ongoing invasion of the country. “Well, he’s [Biden] fuelling the fire in Ukraine, for a start – that is a huge crime, he mentioned in this interview. 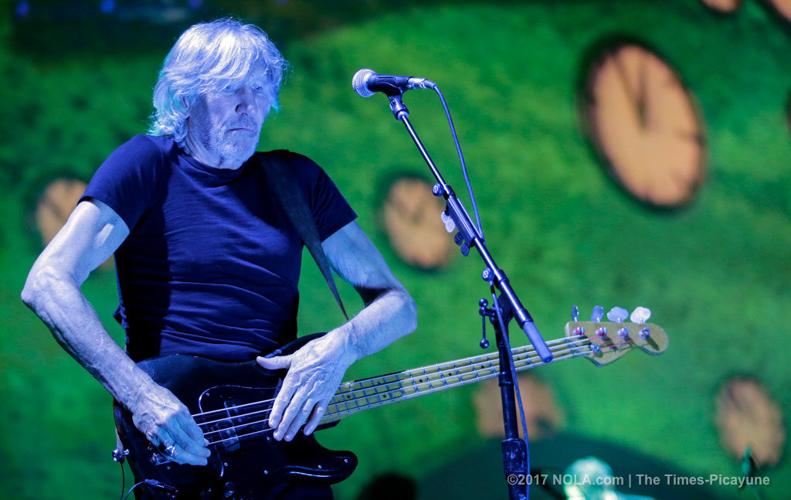 Roger Waters a person doesn’t believe in political leaders for their lousy policies and destruction. However, he seems to hate Biden a bit too much. This is not the first time he has spoken against the President. In April of 2020 – months before Biden won over Trump in the latest Presidential election – Roger branded him a “fucking slime ball” who is “so weak, and has no appeal to anybody”.

But just because you’ve seen him openly labelling Biden as a “war criminal”, don’t for once believe that he likes Trump. Previously, during “Pigs (Three Different Ones),” Waters’ onstage display showed various “profane images” of Trump, including one image of him “as a baby, being held aloft by Russian president Vladimir Putin.”

At the song’s finale, the display featured the phrase, “Trump is a pig.” So, yea, he is not fond of Trump. While his political views remain contradictory, I cannot ignore the fact that the man has magnanimous talent and he has nothing to prove when it comes to music. Well, for his political thoughts, I think he’s just against war. What do you think?