We all know Kat Graham for her stellar acting, but what many don’t know is that Kat Graham is a UN Goodwill Ambassador. The 32-year old American actress has just returned from Sudan after some solid groundwork. Read on to know more. The All Eyez on Me star is following the footsteps of her grandfather who was a UN Ambassador. She just took to Instagram to share the news of her return from Sudan after working tirelessly with the UN team.

In a heartfelt Instagram post, she shared an adorable picture with her fellow mate. Both were dressed in the UNHCR, a UN Refugee Agency. Kat shared a note requesting everyone to put a step forward to help these refugees. She wrote:

“I have just returned from South Sudan and words cannot express how much I love my @Refugees family. I’m in awe of the incredible people who work for this agency all over the world and the life-saving mission they carry the day in and day out.

Many sacrifice time away from their families and loved ones to bring much-needed aid to the most vulnerable. I’m also in awe of the courage, resiliency and determination of the many refugees I’ve met on my journey who are doing everything in their power to ensure a future for their children and communities.

Please join me in supporting them and UNHCR, the UN Refugee Agency, by contributing a monthly donation. I will DM every single person with a private, voice thank you note to showcase my appreciation for your contribution to this incredible organization. We cannot do this alone. We really, really need you. Especially now. Let’s do this.” 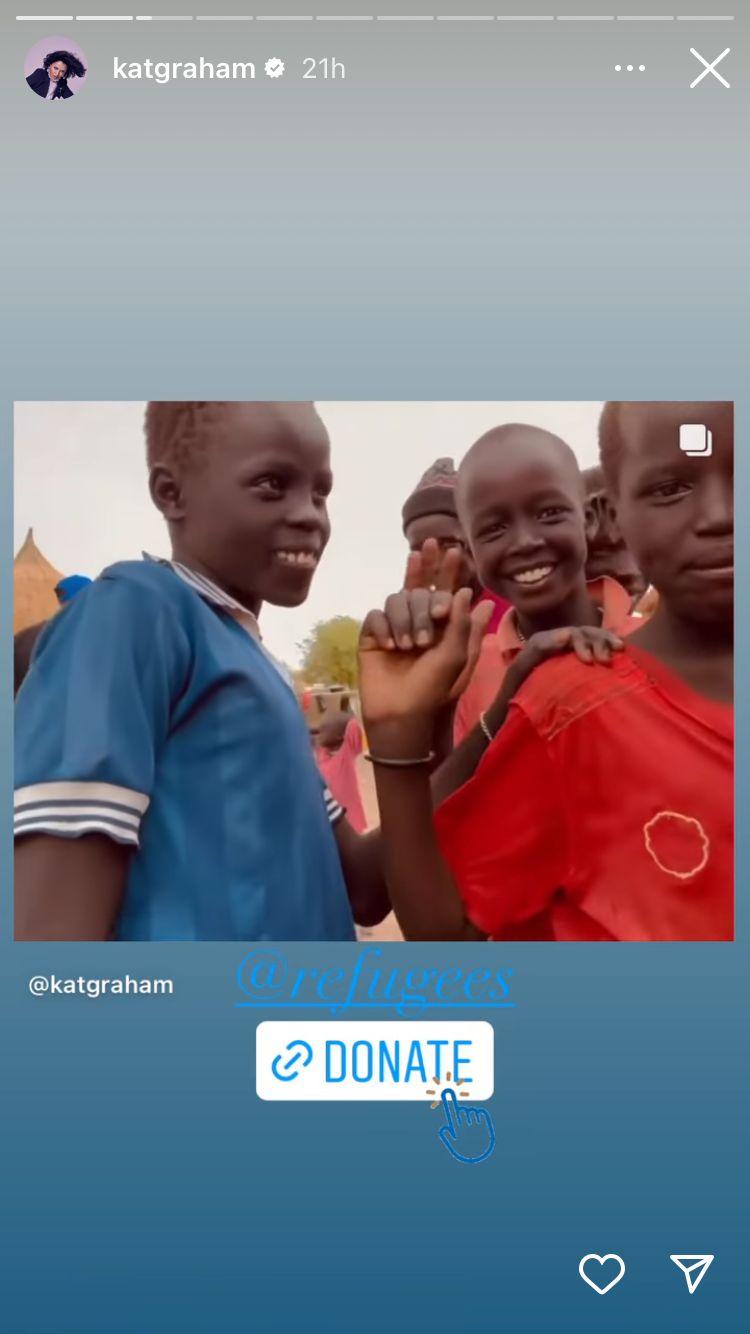 Kat also shared some stories of the refugee children and posted a link for donations. Well, the lady has arrived back after solid groundwork. She also shared an adorable picture of herself in the UNHCR cap and urged donations from everyone. 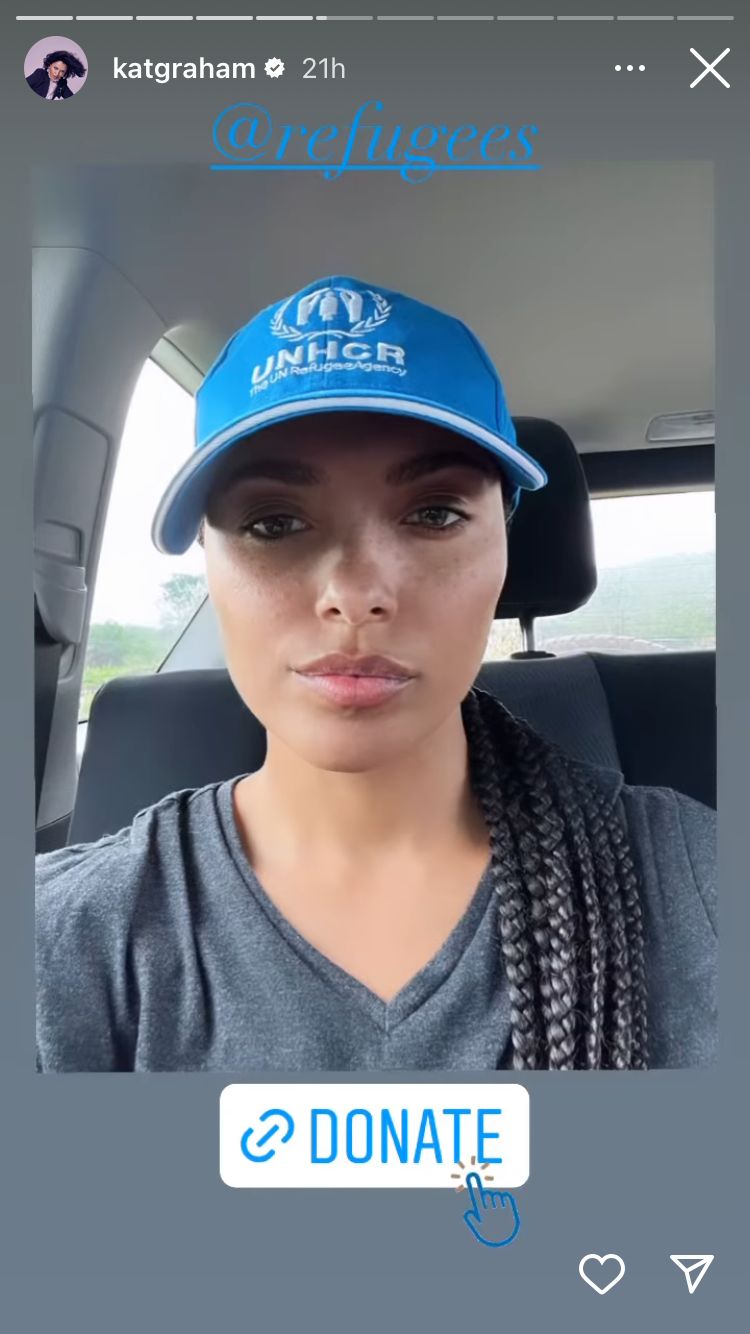 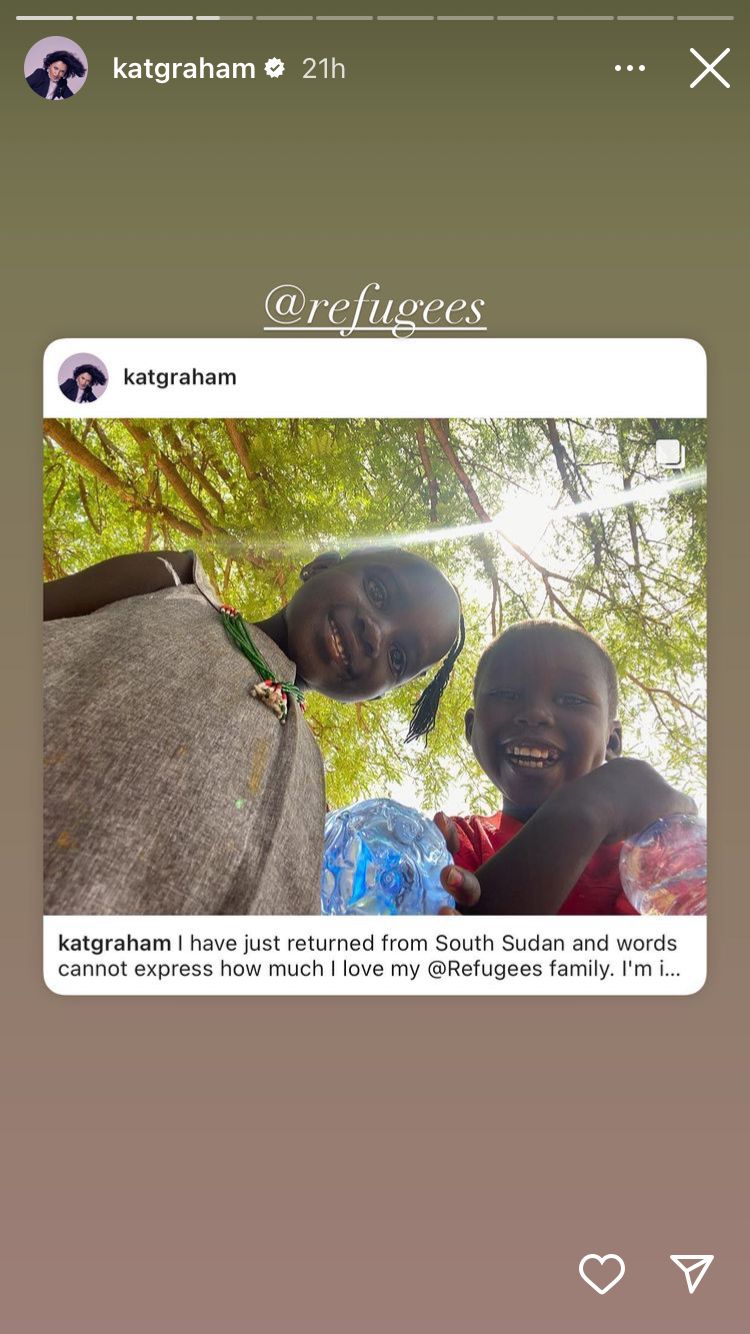 Kat revealed her love for the refugees who are stuck in Sudan as the UNHCR team continues to support their livelihood. She even promised to DM every single person with a private thank-you note for a contribution towards the good cause. To make contributions, visit here.

The American singer, actor and longtime supporter of the United Nations Refugee Agency, Kat Graham was named the Goodwill Ambassador in the world. FYI, she is one of the five Americans to receive this title.

In last year’s interview, Kat revealed how she was inspired by her paternal grandfather who was a UN ambassador. He served around 40 countries in four years such as the Netherlands, Kenya, Sweden and Romania.

She spoke about the rare opportunity and said that “There are a lot of people that work hard within the UNHCR so to be recognized for my efforts, my passion for this agency, is a profound moment for me. I’m still processing it because it’s been probably my greatest dream.” 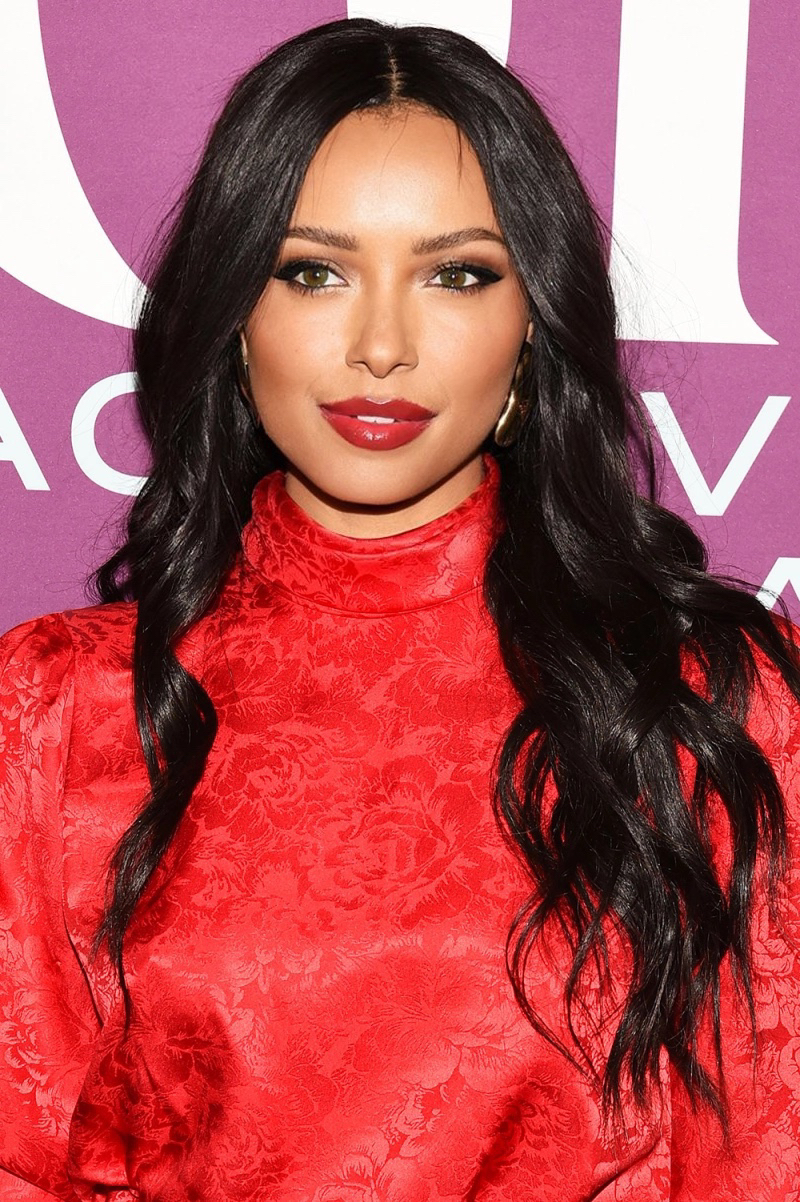 Kat empathises with these refugees as her maternal and paternal grandparents were themselves, refugees, from the Holocaust and Liberia. With C0vid-1, many refugees and internally displaced people have been pushed further into poverty and despair.

Sudan alone has around 1.1 million refugees and several still go unmarked. Kat continues to follow in the footsteps of her grandparents to make this world a better place. Check her Instagram today and help her with the noble cause.