Former “Shah of Sunset” star Mike Shouhed is facing 14 criminal charges, including domestic violence after his fiancée, Paulina Ben-Cohen, came forward and identified herself as the victim of his domestic violence arrest. The actor was arrested on March 27 and was released the same day on a $50,000 bond.

Mike Pleads “Not Guilty” To All Charges “Shah of Sunset” star Mike Shouhed, who originally hails from Tehran, Iran, is facing 14 criminal charges, including domestic violence and weapons violations in Los Angeles following his arrest in March. The 43-year-old actor was arrested on March 27 for alleged intimate partner violence against his fiancée Paulina Ben-Cohen, who was previously not identified.

Mike was released after posting a $50,000 bond. At the time, Shouhed’s attorney Alex Kessel denied any wrongdoing on his client’s part. “My own investigation reveals no acts of domestic violence was committed by my client. I have no doubt Mike will be exonerated. Please honor the presumption of innocence.”

However, per recent court documents, Los Angeles City Attorney Mike Feuer charged the reality star, 43, with various misdemeanours on July 20, including eight charges of domestic violence, battery and unlawfully attempting to dissuade a victim from making a report. In addition, Shouhed is also facing six weapons charges, including criminal storage of a loaded firearm and possession of an assault weapon. Shouhed’s pretrial hearing is scheduled for Aug. 29.

Paulina Comes Forward As The Victim… On Tuesday (Aug 27), Mike’s fiancée Paulina Ben-Cohen came forward and identified herself as the victim of domestic violence. Her attorney Joshua Ritter stated that his client is “looking forward to putting this sad situation behind her and moving on with her life.”

Ritter also said: “Paulina’s primary focus is on keeping herself and her children safe. She supports the work that the police and the City Attorney’s Office have done and she continues to cooperate with them.” Well, things were all bright and beautiful last year when the pair announced their engagement. What looked like a perfect relationship, turned out to be an absolute disaster. 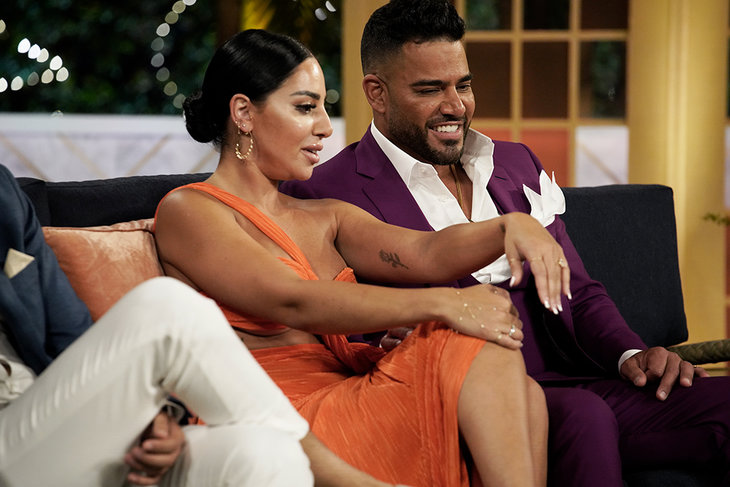 Last year, in August, Shouhed and Ben-Cohen announced their engagement during Shahs of Sunset‘s season 9 reunion. “I actually asked her son his permission to marry his mommy, and I gave him the ring,” Shouhed said at the time. “We were in Hawaii, and I planned with the concierge where the most beautiful part of the beach was gonna be.”

On the other hand, Ben-Cohen also flaunted their amazing life together and showed off her stunning engagement ring. During an interview, she said: “We took one long vacation this year, and I wanted it to be alone with just him. And he said, ‘No, if it’s the only long trip that we’re taking this year, you better bet we’re going to take the kids,'” she said.

“While I was tanning and having my drinks, he’s like, ‘I got this.’ Every single night, he bathes my kids, he brushes their teeth. He does stuff that no man, no man does for their kids, let alone step kids. And that’s why I know, this time around is so different.”

She continued, “The love and the connection that we have with each other like, I would not be able to live a day without him in my life. Like, honestly, I have told him before, I wouldn’t live without him.”

Well, things are certainly different now as Ben-Cohen decides to live without Shouhed and slammed domestic violence charges against him. As for “Shahs of Sunset”, Bravo has cancelled the show after the 9th season. As for the charges, Shouhed pleaded not guilty but his pretrial hearing is scheduled for Aug. 29.