Sculpture Worth $12.5 Million by Jeff Koons to be Auctioned to Raise Money for Ukraine

The sculpture by Jeff Koon which has been estimated to be worth $12.5 million will be on sale this month and all the money raised from its auction will be used as humanitarian aid for Ukraine.

Information on the Auction of Jeff Koon Sculpture

Victor Pinchuk, the billionaire businessman, together with his wife Olea will be putting up Koons’ seminal sculpture “Balloon Monkey (Magenta)”up for an action which will be held at Christie’s. 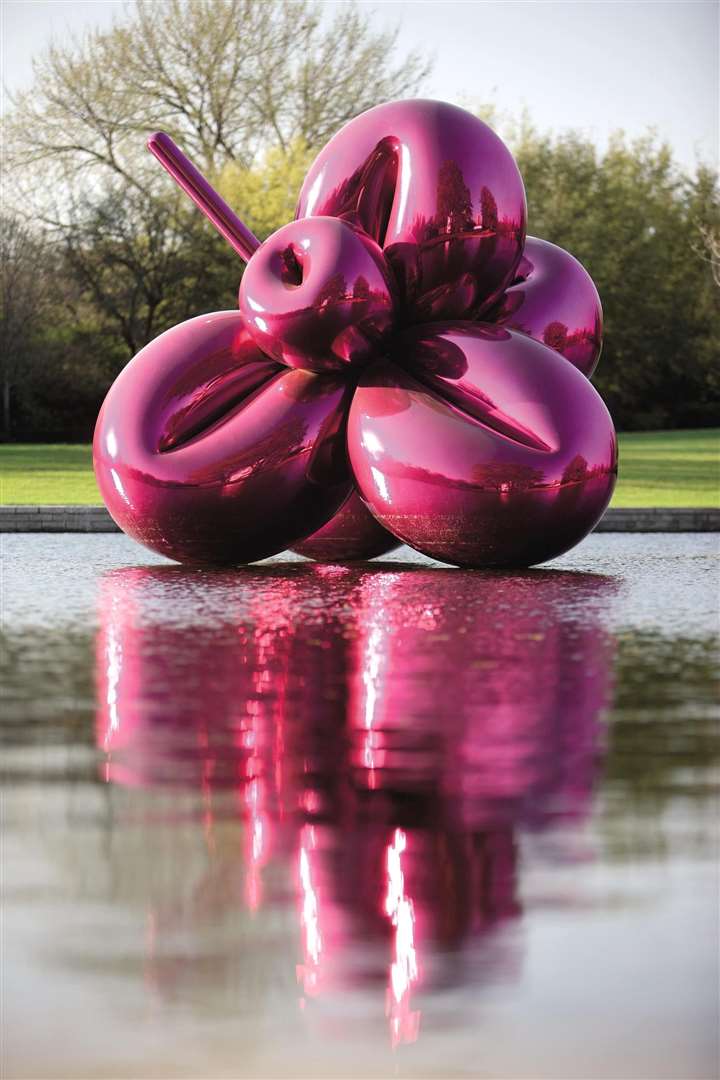 All the funds raised through the auction will be used to aid soldiers and civilians who have been wounded during the war and are in urgent need of prosthetics, rehabilitation and medical treatment, as per the press release issued earlier this week by Christie’s.

Jeff Koons’ sculptures are among the most expensive and unique to have been ever sold at auction. The “Rabbit” which was sculpted in 1986 was last sold for $91 million in 2019 at Christie’s New York and the “Balloon Dog” which was made from 1994-to 2000 was sold six years ago and was auctioned for $58.4.

On Tuesday Christie’s issued a statement in which Koons expressed that it was a “sincere privilege” to have his creation auctioned for humanitarian purposes. “Art’s true value is to be of service to humanity and there could not be a higher calling at this moment than to support the Ukrainian people,” Koons further expressed.

The famous and unique magenta sculpture will also be showcased at St. James’ Square on June 14 and July 3, which is adjacent to the headquarters of Christie’s in London.

In 2008, the sculpture of Koons was installed at St.Jame’s Square and was sold off for 12.9 Pounds Million.

Christi’s Understanding of this Art

“It’s a pretty special, monumental sculpture. It’s six metres long so it’s quite something to look at,” Katharine Arnold expressed. 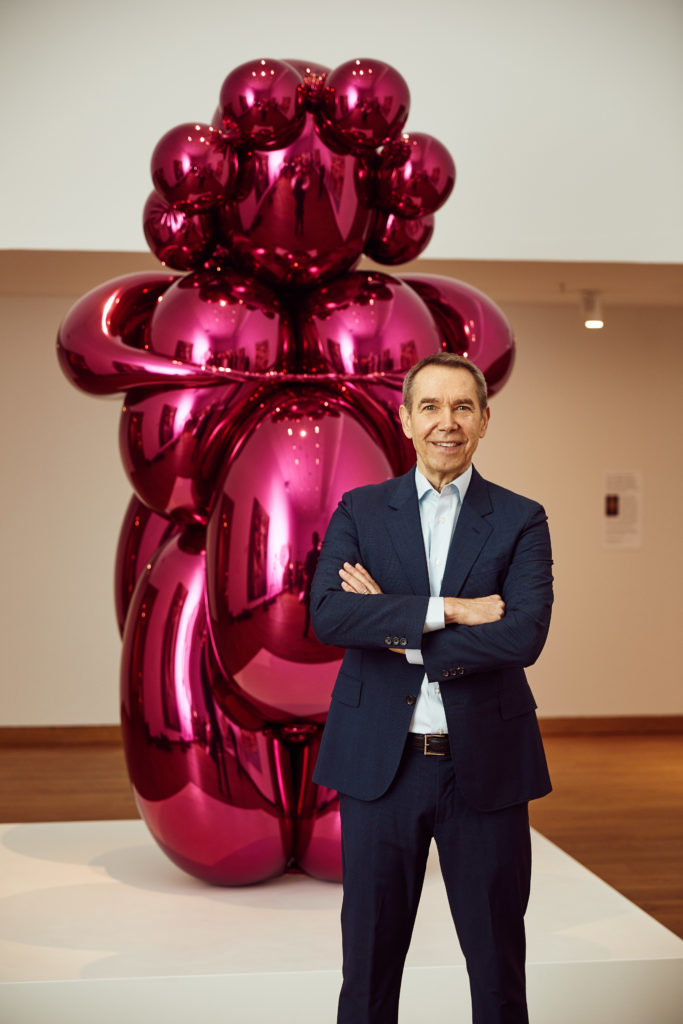 “The sculpture itself and a series of sculptures Koons made were all about childhood innocence and joy. They were really about celebration both for children and adults – everyone loves a balloon animal.” the head of post-war and contemporary, Katharine Arnold said as she described the art.

“The fact that we have this monumental sculpture here in London becomes a kind of symbol of hope, and also solidarity with those people whose lives have been totally disrupted in Ukraine.”

“It feels as though at this moment, art if sold successfully and in the right way, can really provide some very important funds for the preservation of life in urgent times,” is how people at Christie’s express about the sale of this art.

As expressed by Koons himself the sale of his art has been a privilege for him and to have his sculpture serve a meaningful purpose as laid by Pinchuks’ “extraordinary efforts to galvanise humanitarian aid for Ukraine,” is what he appreciates.

“I have had the opportunity to visit Ukraine numerous times by myself and with my family and have always felt a strong sense of community, friendship, and history.” Koons further expressed 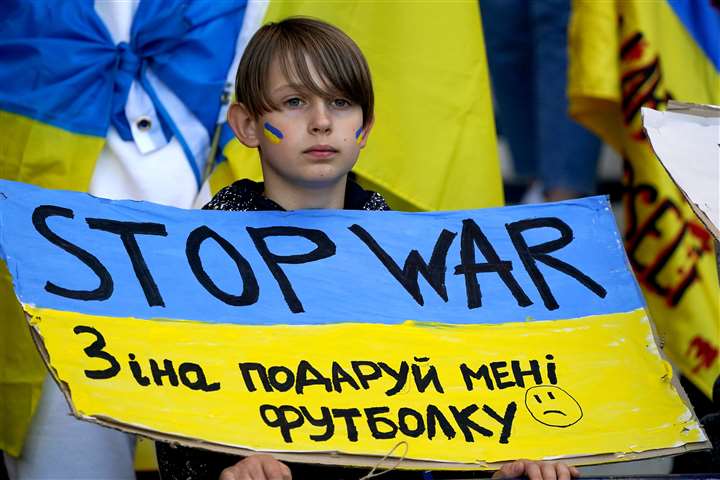 “I have been very saddened by the human and cultural impact of the war and destruction that I have witnessed in Ukraine.” “Balloon Monkey (Magenta) fittingly symbolises hope, affirmation, and transcendence, and I can only hope that the donation of my artwork by Victor and Olena Pinchuk can help draw attention to the need for aid and support for the people of this country, now more than ever.”

He further expressed what this ballon sculpture symbolized: “One of the reasons that I have always worked with balloons is that the membrane is a reference to our skin; it’s about both internal and external life.”

Victor Pinchuk who is the current owner of the Jeff Koons Sculpture has a net worth of $1.9 billion and is a PhD in Pipe Design and is the founder of Interpipe, a company which produces steel products since 1990. Victor is the owner of Grand Buildings, a historical landmark on the Trafalgar Square in London. 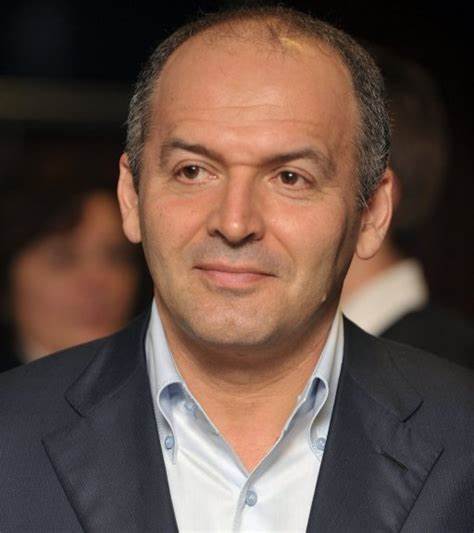 Vitor is also the chairperson of PinchukArtCenter, which is popularly known for “its biannual global contemporary art prize that awards $100,000 to young artists.”

Victor Pinchuck has been a philanthropist and back in 2013, he committed to donate half of his wealth and fortune to philanthropic causes and joined The Giving Pledge which was an ambition established by Bill Gates and Warren Buffet in 2010. 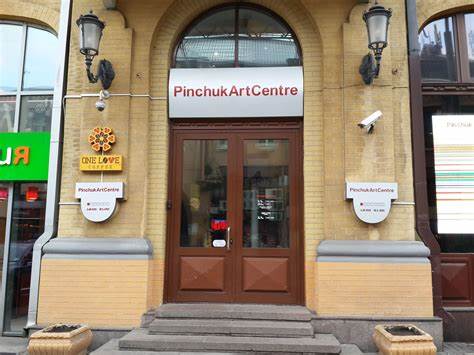 In the press release issued by Christie’s for the announcement of the sale, Victor said that “Our gratitude and respect to our soldiers have no limits. They give their blood for us, the future of Ukraine, and the world. Every fellow Ukrainian civilians killed or wounded by Russian shelling, shooting, and systematic violence means a wound in our souls.”

“With the proceeds of the auction, we can help save lives. We can help make lives destroyed by war whole again. Dozens, maybe hundreds of lives, each of which has a value beyond words.”

“In the early morning of February 24, the life of all Ukrainians was changed forever.”

“We, as Ukrainians, are doing everything in our power to fight for each life and for each dream people had before the war.

“Jeff Koons’ Balloon Monkey (Magenta) will be auctioned on June 28 to remind the world that the war is not over yet and to raise funds for prostheses and other urgent medical aid that saves so many Ukrainian lives.”

It seems as if such people like the Pinchuks are the reasons that Ukraine is still able to be strong to put a tough fight against its enemies.