The “Let It Go” singer Ray J is all about his sister Brandy right now. The 41-year-old singer, also known for the controversial sex tape he made with his ex-girlfriend Kim K, just got his whole leg tattooed. And guess what, the gesture is to pay tribute to “The Vocal Bible” Brandy Norwood because Ray J had to start with her best friend!

In a sweet gesture, William Ray Norwood Jr, who goes by the stage name Ray J, got his whole leg tattooed with his sister Brandy’s face. “The Vocal Bible”, known for her distinctive sound has sold over 400 million records worldwide, and this tattoo proves that Ray J is proud of her elder sister.

Ray J, who is also the first cousin of Snoop Dog, posted the new tattoo procedure wherein he can be seen paying tribute to his sister Brandy, who is a successful recording artist. He told his followers via Instagram on Tuesday (July 5) that he planned to get his whole leg tattooed with “music,” “love,” “scriptures,” “the vocal bible,” and “family,” among other meaningful things. He captioned the post: 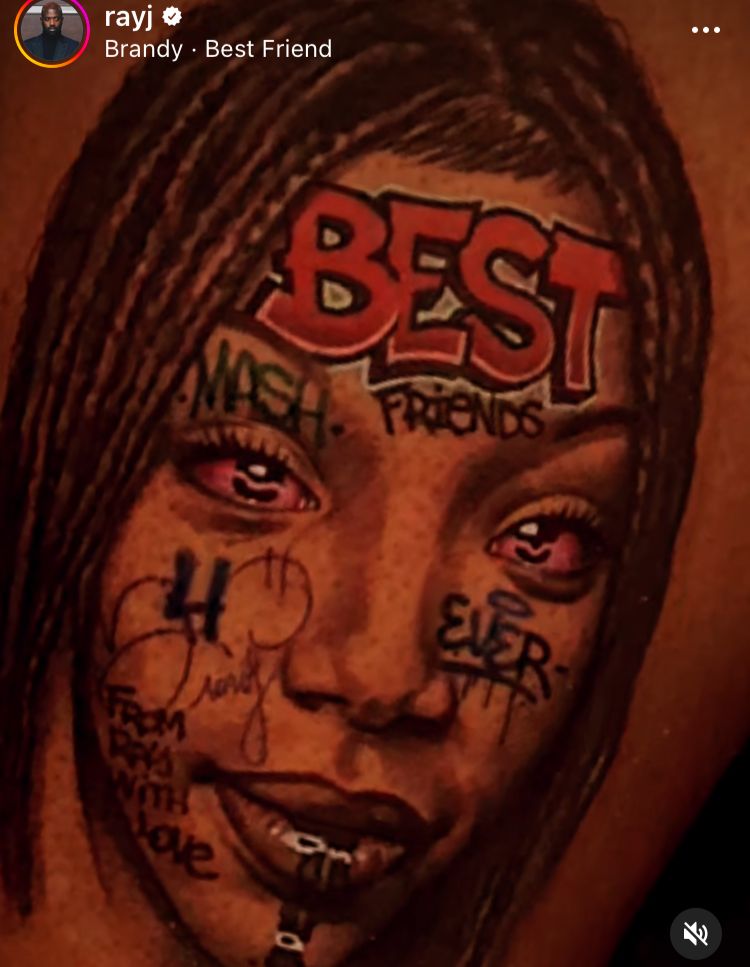 “NEW @brandy TATTOO BY ONE OF THE GREATEST!! @_mashkow_ – IM GETTING MY WHOLE LEG TATTED WITH- MUSIC- LOVE – SCRIPTURES – THE VOCAL BIBLE – FAMILY – GHOSTS – POSITIVE WORDS AND THEMES – REAL GOTHIC LIKE — “THE HOLY LEG! “ – GONNA TAKE A MINUTE!! But I got the best doing it !! STAY TUNED!! – FULL LEG TATT — I had to start with my best friend!”

The legendary tattoo is done by Alexey Mashkov, who is a Russian-born face graffiti and tattoo artist located in NYC. He is known for making dope tattoos for many celebrities. Well, Ray J’s tattoo is a perfect example of his exemplary art. Fans and celebrities are going nuts over Ray J’s new tattoo, which is dedicated to his sister Brandy.

The post featured a clip of him getting the tattoo set to Brandy’s 1995 single “Best Friend” from her self-titled debut studio album, Brandy. Brandy appeared to be appreciative of her brother’s gesture, writing in the comments section, “Brooooooo♥️♥️♥️♥️.” 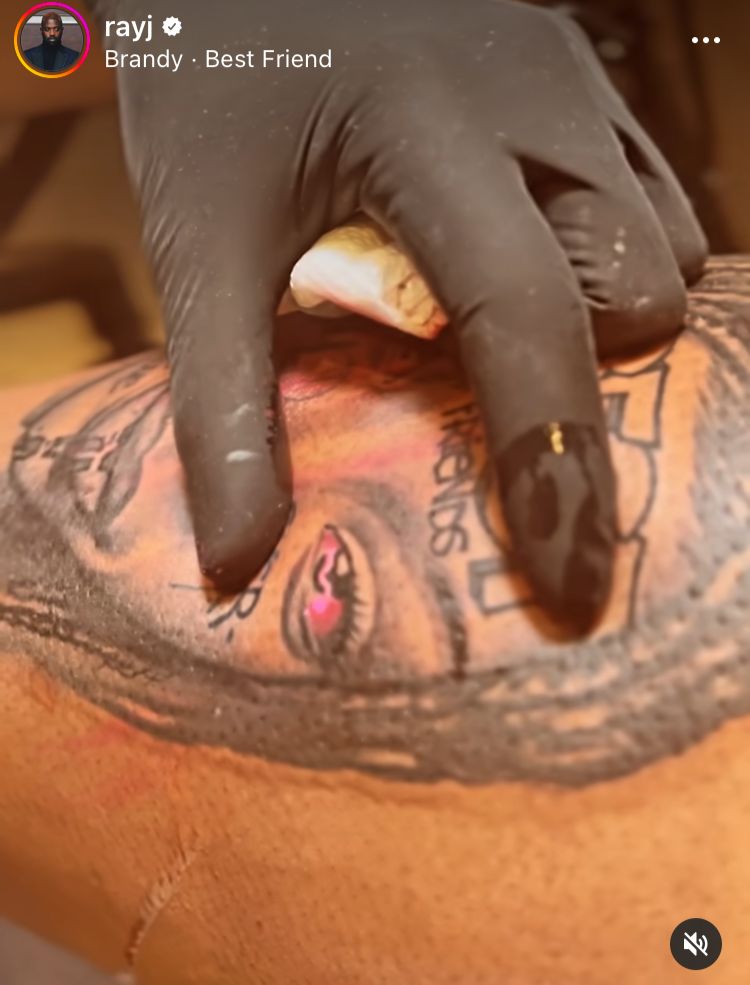 Another fan wrote, “I absolutely LOVE you and Brandy’s relationship you guys have been my two favourites since way back. Loved when you would appear on the show Brandy too!” Some fans mocked him by saying that they would never get their sisters’ faces tattooed on their thighs.

Brandy Rayana Norwood, better known by her mononym Brandy, is a successful American singer, songwriter, actress and model. Brandy is celebrated for her distinctive sound, characterized by her peculiar timbre, voice-layering, and intricate riffs, which have earned her the title of “the Vocal Bible”.

Brandy’s musical breakthrough came from her wildly successful “The Boy is Mine”, a duet with R&B star Monica, which came out in 1008. It became one of the best-selling female duets of all time. Her second album, “Never Say Never”, got Brandy her first Grammy. She is also known for starring in “Brandy” Special Delivery” and appearing as a judge on “Americ’s Got Talent”.

As of August 2020, Brandy has sold over 40 million records worldwide, with approximately 8.62 million albums sold in the United States alone. She won several accolades for her work, such as a Grammy Award and an American Music Award.