Remeber Rachel Dolezal? The woman who went viral in 2015 for identifying as a black woman even though she was born to two white parents? Well, she is trending again, for very different reasons.

Rachel, who now goes by the name Nkechi Diallo, has become a hot topic of discussion on social media after netizens found her OnlyFans profile. While the 44-year-old Montana native has been on the adult content streaming platform for almost a year, people got to know about it only after some of her racy photos leaked on Twitter. 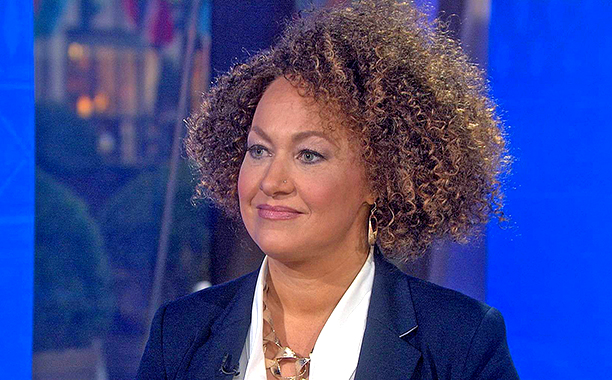 On Monday, four of Rachel’s steamy photos started doing the rounds on social media, which were revealed to be screenshots from her OnlyFans page. Her rep has now confirmed that the self-proclaimed activist does have a profile on the adult streaming service.

However, the rep also said that she made the profile to honor Rihanna’s popular lingerie line, Savage X Fenty. Rachel apparently got her hands on a new batch of the lingerie line and decided to showcase it to her subscribers.

Rachel seems to be quite active on the platform, posting updates regularly. She is asking for $9.99/month from her subscribers to see her NSFW photos. Her OnlyFans bio reads, “Welcome to my 🔹OnlyFans🔹 page, where I post creative content and interact with fans more than on any other platform!”

“Subscribers get to see how my sensual side pairs with my creative spirit through intimate images inspired by color, light, and lingerie on the weekends. Thanks for joining my OF Crew! I welcome feedback & hope you enjoy my content,” she further says in the bio.

Ever since the photos started circulating, Dolezal has been trending on Twitter, with some users cringing over the images. “I would have preferred to live the rest of my life unaware Rachel Dolezal has the word Justice tatted on her ass cheek,” wrote a user. 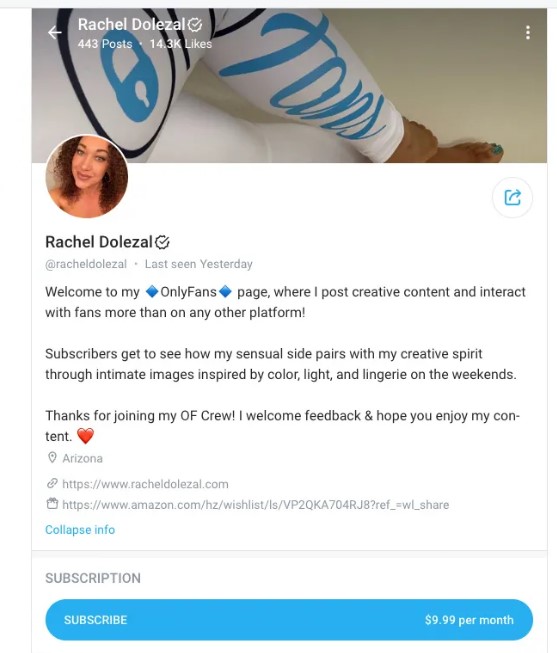 Another tweeted, “To have leaked Rachel Dolezal’s onlyfans that means your would have had to pay for it so you going to hell twice. For leaking and paying,” with a third one writing, “Good morning, Twitter. Rachel Dolezal has an OnlyFans and now people are posting her nudes on here. You’ve been warned, scroll with caution.”

Some people have also come in support of the former NAACP president, with a user tweeting, “She has an OnlyFans? Rachel Dolezal? Wow. I didn’t know that. You’re just telling me now for the first time. Listen, whether you agree or not, she’s led an amazing life.”

Rachel has been the Subject of a Netflix Documentary

Rachel Dolezal sparked controversy in 2015, when reports exposed that she was born to white parents, even though she identified as a black woman for years and was even presiding over the NAACP. The matter sparked a nationwide debate on racial identity, with Rachel stepping down from the post. She, however, continued to identify as an African-American.

In 2018, Netflix released a documentary titled The Rachel DIvide about the whole incident. She also launched her memoir named In Full Color: Finding My Place in a Black and White World in 2017.

What are your thoughts about Rachel Dolezal having an OnlyFans profile? Let us know in the comments section.