Blueface’s girlfriend Chrisean Rock announced a few days ago that she is pregnant with his child. However, the drama didn’t end there as she fought two women to get to her supposed soon-to-be baby’s dad. A video of the fight became viral and Blueface can be seen trying to escape in his vehicle as a crowd breaks into a massive brawl near his house in Chatsworth. 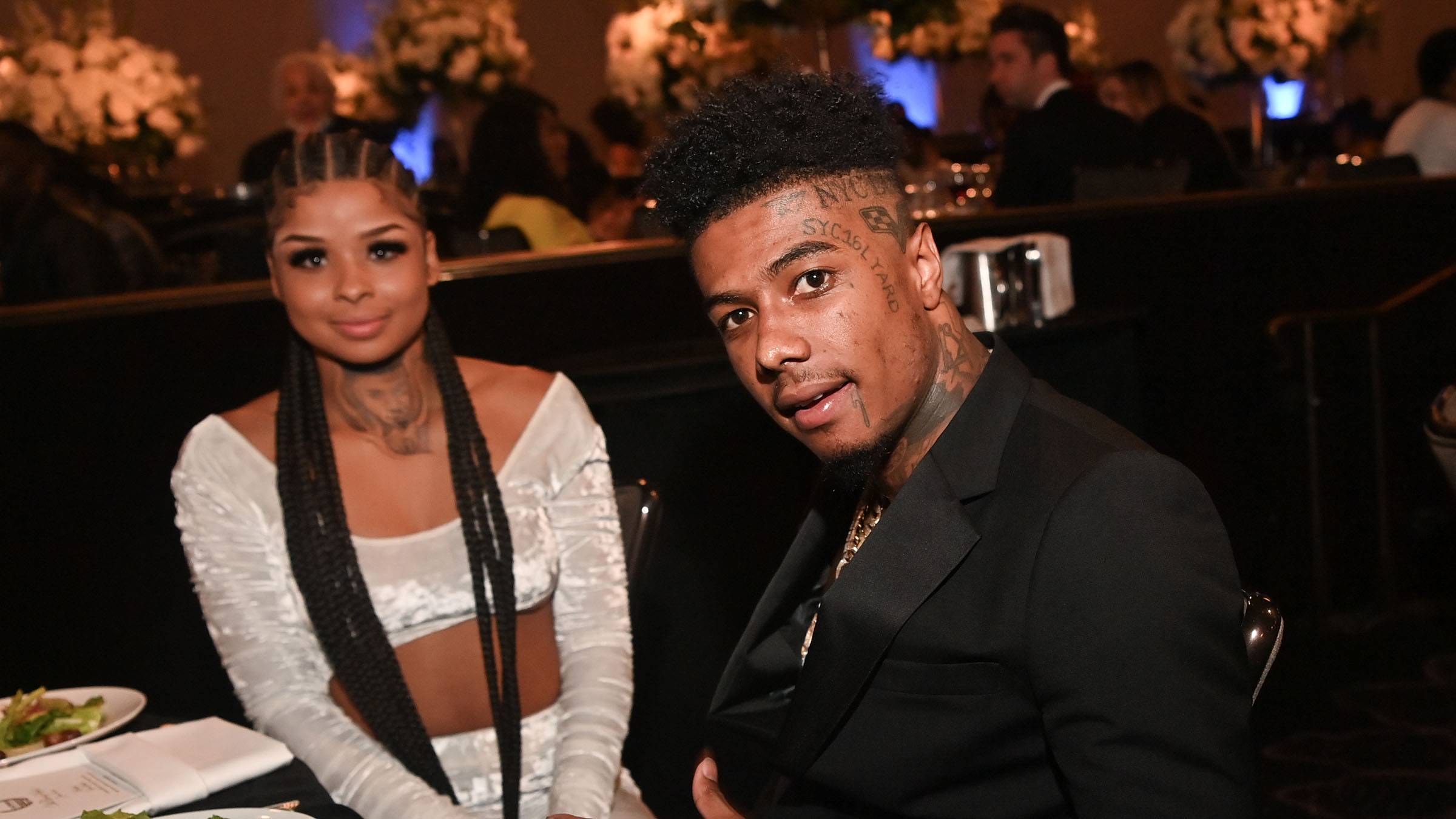 A Bum Run By Chrisean And A Cat Fight… Blueface’s 26th birthday party turned into massive havoc as his girlfriend, Chrisean Rock got engaged in a physical altercation with two women shortly after announcing her pregnancy with the rapper’s child. In a viral video, Chrisean can be seen fighting two women near Blueface’s home in Chatsworth as she attempted to get the rapper in her car.

However, Blueface who was throwing his 26th birthday party can be seen escaping in his car as a crowd continues to follow him, including Chrisean. The singer was wearing a pink tracksuit and can be seen grabbing the rapper on one side of a car (maybe hers). While attempting to do that, she got into a fight with two ladies. Eyewitnesses state that the two stars left in different cars and went their separate ways.

The fight occurred after the Twitter battle between the two stars. If you aren’t aware, Chrisean took to her Instagram Stories a few days back and posted a picture of 3 at-home pregnancy test sticks. Rock simply captioned the Instagram Story, “Guess how many heart beats?”

However, Blueface denied these allegations on Twitter. He tweeted that the two are no longer together. “To answer y’all questions yes me and rock are officially done it’s strictly business I tried it and clearly it wasn’t giving before she announces… she was pregnant with somebody else’s child, not mine.” he wrote in a previous tweet.

Not only this, but the Holy Moly rapper even accused Rock of sleeping with 10 other men. In addition to this, he also asked her for a DNA test to get proof of whether it was his baby or not. In his follow-up tweet, Blueface wrote: “Rock has had encounters with 10 different men in the last year until I see DNA test then it’s not mine.”

This isn’t the first time that Chrisean and Blueface got into a fight. Last year, the rapper was seen fighting in a nightclub in Arizona. Blueface grabbed her braids as she tried to walk away from him. She was also jerked backwards by him. When a male bystander saw Rock being grabbed by Blueface, he jumped over a barrier. In another video that surfaced online, Chrisean punched the rapper right in the face.

Blueface is far from a gentleman. He was recently referred to as a cult leader” for exploiting women in his OnlyFans videos. The rapper, who became famous with “Respect My Cryppin”, sparked anger with his controversial “Bad Girls Club”, where he would invite young women into his home and film their every move for nearly a month. After this, he would post the videos on OnlyFans, dubbing them Blue Girls Club.
Share
Facebook
Twitter
Pinterest
WhatsApp