The public’s reaction to photographer Alessio Mamo’s series “Dreaming Food” did not go as he envisioned.

The images featured various Indian people from Uttar Pradesh and Madhya Pradesh, two of the country’s poorest states, standing before a table laden with fake food. Mamo has instructed them to cover their eyes for the portraits while thinking of the foods they dreamed of eating.

In his Instagram captions accompanying the photos, Mamo wrote that the series was “a conceptual project about hunger in India.”

These photographs are from Uttar Pradesh and Madhya Pradesh two of the poorest states of India. From the series “Dreaming Food”, a conceptual project about hunger issue in India. ⠀⠀⠀⠀⠀⠀⠀⠀⠀ [This project has been the subject of much online debate. Please read Alessio Mamo’s statement, released on 24 July 2018, giving more details and apologising for any offence: https://medium.com/@alessio.mamo/my-statement-on-dreaming-food-7169257d2c5c] ⠀⠀⠀⠀⠀⠀⠀⠀⠀ My name is Alessio Mamo (@alessio_mamo) an Italian freelance photographer based in Catania, Sicily. In 2008 I began my career in photojournalism focusing on contemporary social, political and economic issues. I extensively cover issues related to refugee displacement and migration starting in Sicily, and extending most recently to the Middle East. I was awarded 2nd prize in the People Singles category of #WPPh2018 and this week I’m taking over World Press Photo’s Instagram account. ⠀⠀⠀⠀⠀⠀⠀⠀⠀ Despite economic growth, a majority of the Indian population still lives in extreme poverty and disease. Behind India’s new-found economic strength are 300 million poor people who live on less than $1 per day. Government figures may indicate a reduction in poverty. But the truth is, with increasing global food prices, poverty is spreading everywhere like a swarm of locusts. These pictures are taken in rural areas where conditions are worse than in the cities and where close to 70% of India’s population reside today. Statistics show that 2.1 million children under 5 years old die of malnutrition annually. The idea of this project was born after reading the statistics of how much food is thrown away in the West, especially during Christmas time. I brought with me a table and some fake food, and I told people to dream about some food that they would like to find on their table. ⠀⠀⠀⠀⠀⠀⠀⠀⠀ #WPPh2018#asia #dreamingfood #india

He also said that he instructed his subjects to “to dream about some food that they would like to find on their tables.”

How did @WorldPressPhoto think this was an ethical approach to storytelling, let alone highlight it as something worth applauding. This is exploitative, degrading and inhuman-it is the misuse of someone's misery for shock value and profiting from it. https://t.co/09qyk6Xmei

“This is an example of #journalism with no moral compass,” tweeted Foreign Policy columnist Lauren Wolfe.

This photographer brought his own fake food to put in front of these starving children in India. He asked them to dream about what kind of food they wanted to put on the table. This is an example of #journalism with no moral compass. @WorldPressPhoto why are you supporting this? pic.twitter.com/4hmDzSJO45

On Wednesday, July 24, Mamo wrote a post on Medium detailing how “Dreaming Food” came to be. He also said that he had worked closely with an Indian NGO while planning the series and that none of the people featured in the images. “Most of the people enjoyed spontaneously to be part of this and photographed behind the table,” he said. “The people I photographed were living in a village and they were not suffering from malnutrition anymore, they were not hungry or sick, and they freely participated in the project.”

He added that he was sorry for the way the images were perceived. “I want to offer my deepest apologies to anyone who felt offended and hurt by this photos, and to the people I photographed,” Mamo said. “It was not my intention at all to discredit them.” 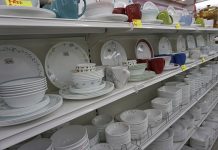 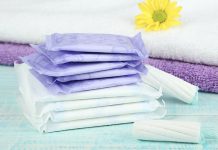 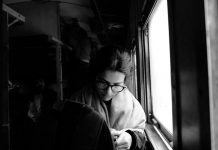 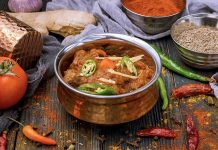