We can only hope they have discovered their lost love for Indian Food and being an Indian myself, I can totally relate. Recently, the duo was seen together in an Indian restaurant based in London.

The picture of the two went viral on social media and people can’t stop adoring them.

Both of them were deeply lost in the cuisine discovering their favorite from the plates. Let’s find out everything that we have about their dinner date. 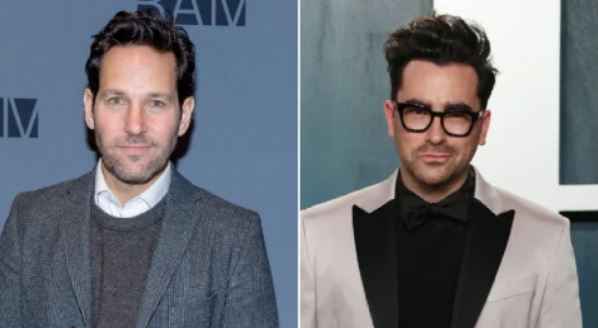 Honestly speaking, it is impossible to say ”no” to food, and especially when it’s Indian, it calls for love.

Apparently, Paul Rudd has been here before and this is his visit to this Indian restaurant was a second visit. The images of the two are spreading like wildfire all over the Internet.

The restaurant, located in London is named the Darjeeling Express. Asma Khan, who is the owner of the restaurant, is clearly excited to have these amazing guests with her. She also shared images with the two on her media handle.

Here is the image that is going viral on the Internet. The official website of the restaurant on their media handles shared the image. The image shows both Den Levy and Paul Rudd along with Asma Khan.

Clearly, someone is enjoying Indian food and this is not just a part of Indian food, it’s a three-course meal.

The love for Food Continues…

The caption says – “When Paul Rudd returns for dinner to the restaurant and this time brings the lovely @instadanjlevy with him!”

People sent their reactions to the image. One of the comments read – “Um. Did someone just create my ultimate fantasy dinner? The food looks delicious too!”.

Asma Khan also put a picture on her IG with the Schitt’s Creek star.

As the caption says it all, there are promises made on the table. Asma wrote – “Thank you @instadanjlevy ❤️ I am so happy you loved the food! Look forward to serving you the Biryani next time!”.

To add more to the flavor, Den Levy also gave a glimpse of his scrumptious and mouth-watering plate. The plate literally had so many items in it. Some of them are outright ogling like the Puris, Curries, and oh, there’s Biryani too! 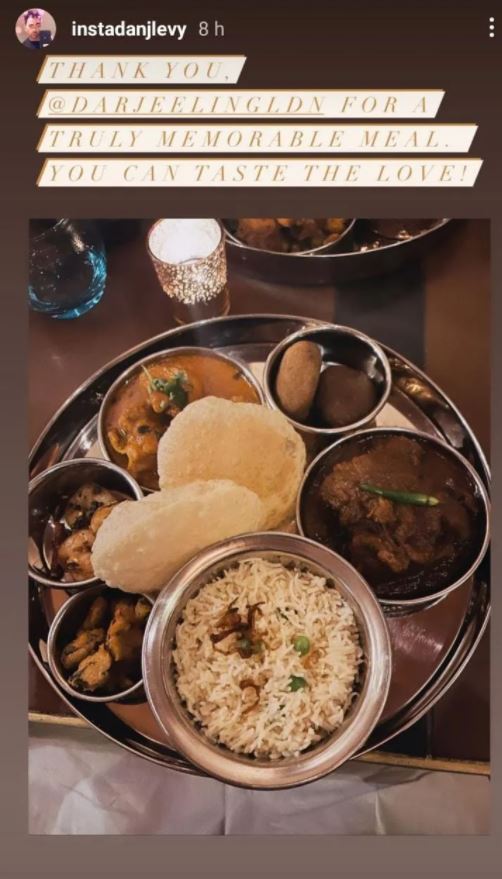 To his story, he added the caption – “Thank you @darjeelinggldn for a truly memorable meal.”

He added, “You can taste the love.”