Nick Young’s boxing match against Blueface is due later this month, but it seems like Swaggy P has made early predictions about the fate of this match. The former NBA star is confident that his fight with Blueface will be over in seconds as he would knock out the rapper in just 15 ticks.

If you’re not updated, Nick Young Vs. Blueface boxing match is due later this month, but the ex-Lakers star has made an earlier prediction regarding the fate of this upcoming fight. Nick Young revealed that it will only take him about 15 ticks to knock out the “Thotiana” rapper.

The 37-year-old former LA Lakers star, who played small forward/ shooting guard, said he is confident about the fight for a myriad of reasons, and explained that he believes Blueface’s unhealthy lifestyle is ultimately why he’ll KO the 25-year-old rapper. Nick said, “He’s a rapper. They’ve got to be in the studio all night. You’ve got to drink, you’ve got to smoke. We don’t do that type of stuff.” Blueface, earlier this week, said the same regarding his fight against Nick Young while being just as confident that he’d beat Swaggy P. The rapper spoke in an interview and stated that he plans to actually toy with the 27-year-old in the fight to make him “look bad”. As for post-fight plans, Blueface revealed: “I am going to box further after the Young tilt, as I’ve already got a match planned for late August.”

Both, L.A. natives will have a home ring advantage inside Crypto.com Arena where they will be on the undercard for the Social Gloves event. Well, even though Blueface has a history of sizing up social media stars for a fight, this time it’s Nick Young! 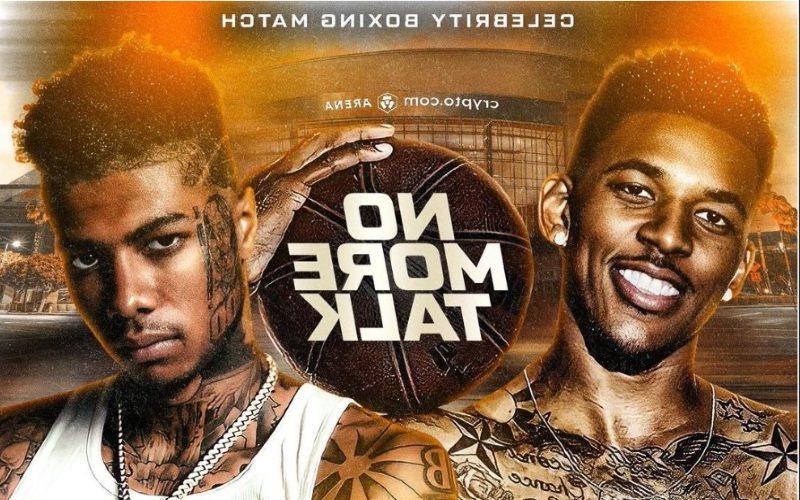 Fans are eagerly waiting for this celebrity boxing match. As soon as Nick Young shared a post, making the fight official five weeks ago, fans and celebrities took to the comment section and started proving their opinions.

Swaggy P captioned his post: “It’s Official!!! Battle OF LA it’s going down!!! The super Crip Vs Sr SWAGGY.” Former NBA star Isaiah Austin wrote, “Ayo don’t let me down!!”. DJ Millie wrote: “nick why lmaoooo”. Keiran Lee wrote about Blueface, “The guy is a mad man getting in with Swaggy P……🥊.” Allen Maldonado wrote: “Oh shit I gotta pull up and watch this shit.” Well, Nick’s got the support of his fans.

Nicholas Aaron Young, famously known as Swaggy P played college basketball for the USC Trojans and was a two-time first-team all-conference selection in the Pac-10. He was initially selected by the Washington Wizards in the first round of the 2007 NBA draft and has won an NBA championship with the Golden State Warriors in 2018. However, he played the longest for LA Lakers, from 2013-2017. After revealing about having an upper hand over Blueface, Young, meanwhile, states that if the money is right, he’ll continue boxing, adding, “I’m just going on a knock-a-motha-f***as-out tour.” The celebrity boxing match is set to take place on July 30 and can be watched online on www.socialgloves.tv. What do you think about this match? Is Nick Young actually going to leave the rapper bluefaced? Well, my bet goes on Nick any day!