On Monday, at the state funeral reception at Buckingham Palace hosted by King Charles to offer their deepest condolences on the passing of Queen Elizabeth II on September 18th, The Duchess of Sussex added something sentimental to pay tribute to the Queen. Her look was inspired by the floral details of a traditional lace dress called a “bloomer,” which she paired with a pair of black stilettos. The Duchess of Sussex’s style has become even more refined since she married Prince Harry.

She recently debuted her own line of clothing, accessories and shoes at Kensington Palace.  Read more about Meghan Markle’s tribute and updates from the state funeral. Meghan the Duchess of Sussex arrived at Westminster Abbey to attend the State Funeral of Her Majesty Queen Elizabeth II on 19 September 2022 in London England.

The Jewellery were the highlight of her outfit. She donned Diamond and Pearl Stud Earrings as a Gift from Queen Elizabeth II. Meghan joined the rest of the royal family in mourning Queen Elizabeth II, who died at age 96. Meghan paid tribute to her grandmother-in-law in much the same way during ceremonial funeral events last week: by wearing the late monarch’s earrings as they made their way from Buckingham Palace through London’s streets to Westminster Hall.

The Queen has a long tradition of lending and gifting jewellery to female family members. For example, when Meghan Markle first accompanied her on an official appearance in 2018, the Queen gave the young American these earrings as a gift. 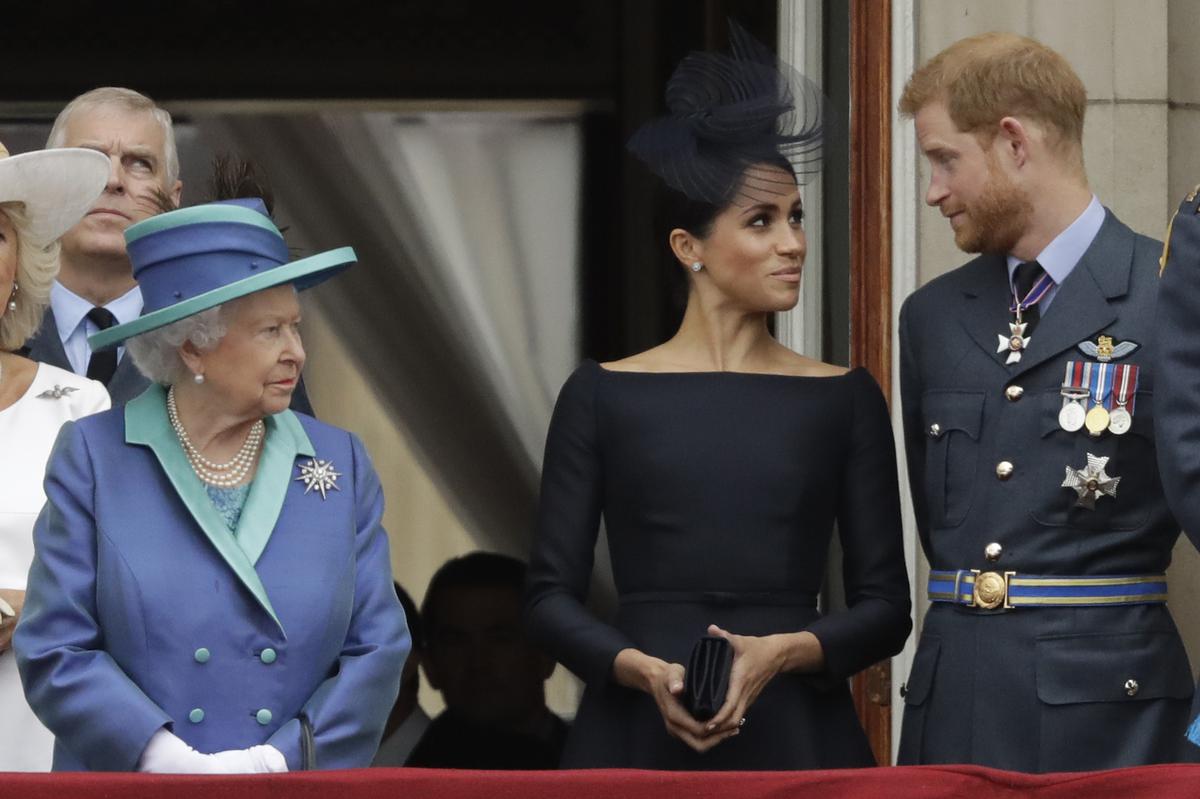 The earrings that Meghan received from the Queen resembled a pair she’s worn many times in the past.

On the day following her death, Prince Harry remembered his grandmother in a touching speech. He reflected on how special it had been for them both when Meghan learned to call Queen Elizabeth “granny,” and also mentioned that their two children were named after the Queen’s family name. The pearls are significant because, although Queen Elizabeth wore them often in life and kept the strand polished, she was buried with them draped across her chest. People have also noted the dress code at the state funeral, including Prince Harry in a morning suit. He was not permitted to wear his military uniform for mourning events—a former royal must be dressed appropriately but without ostentatiousness.

The one exception to the general rule that members of the royal family should not wear uniforms was made for Harry when he joined his brother and other grandchildren at a Saturday vigil over Queen Elizabeth’s coffin.

Parul Bhilwara
I write for a living, for fun and for the love of it. I have a deep understanding of the Internet, the digital world and pop culture. Watch out for this space to get updates on your favourite movies and TV shows.
RELATED ARTICLES
Latest