Meet Deborah James: All About the BBC Host as She’s in Hospice Amid Cancer Battle

Recently, the BBC Host Deborah James gave a health update to all her fans on social media. At the moment, she is not good and she explained more about her battle with bowel cancer on social media on Monday. 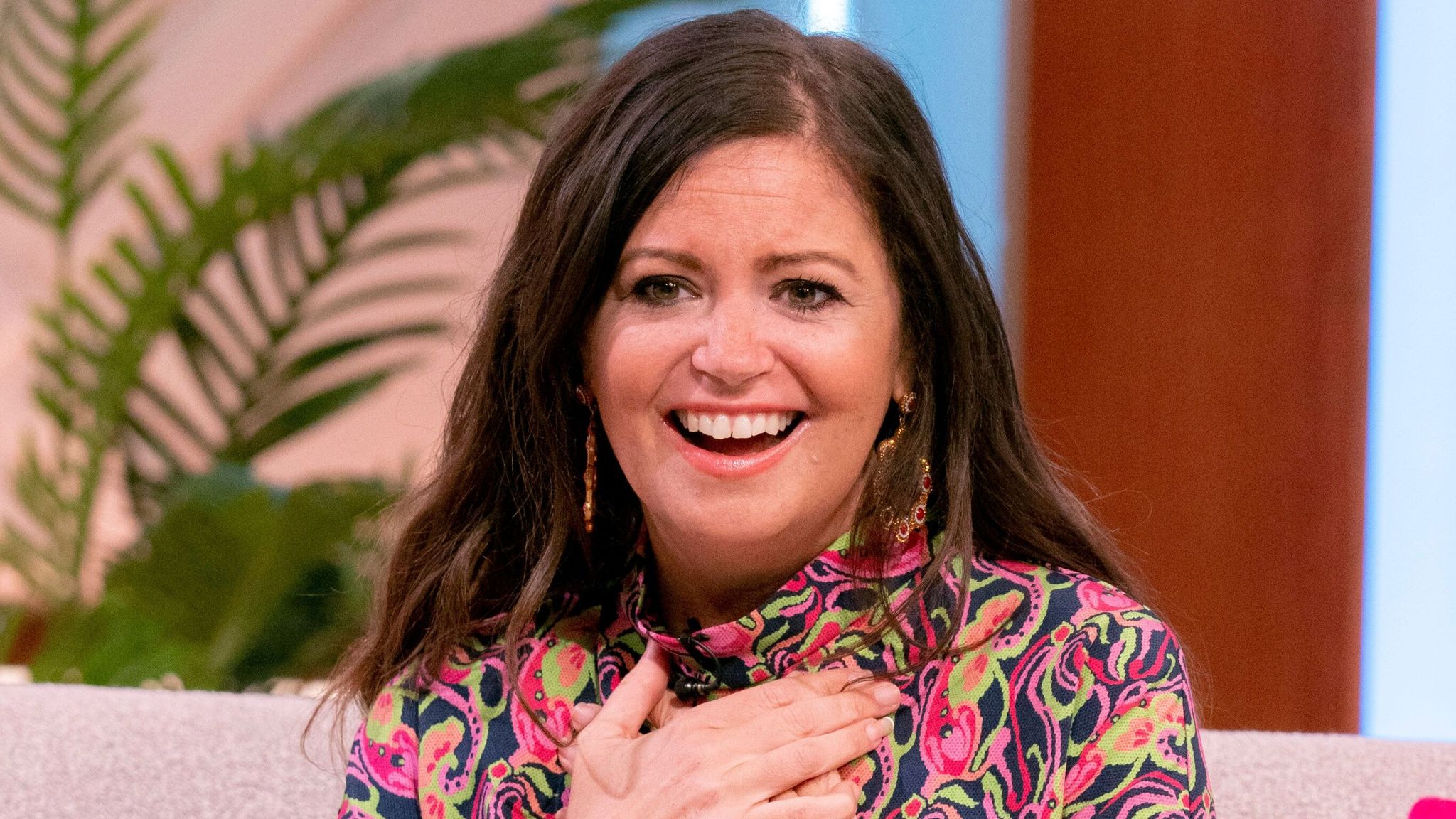 Everything you need to know about Deborah James

The journalist also goes by the name of Bowel Babe as she has Bowel cancer and she continues to share health updates with everyone through social media. Deborah is a podcast host, journalist, and Instagram star whose cancer journey has been followed by thousands of users from all over the world.

Before becoming a cancer campaigner, James was a deputy headteacher. She is a columnist for The Sun. In the past, she has worked with many publications such as The Sunday Times, Daily Mail, Grazia, and Marie Claire. She is well known for hosting the BBC 5 Live podcast You, Me and the Big C.

The British podcaster is married to banker Sebastien Bowen. The couple shares two children. As of now, Deborah has nearly 571k followers on Instagram and she continues to share her cancer journey with all of us on the platform.

When was Deborah diagnosed with cancer?

James was 35 years old when she got diagnosed with stage 4 cancer back in the year 2016 right before Christmas. She told Bowel Cancer UK that she went to the GP several times because of the changes in her bowel habits. She was consistently told that she had IBS. After a while, Deborah began to lose weight. She began to pass blood and she went for a private colonoscopy and was told shortly after that she had a disease named bowel cancer. We must say that she fought the disease for a total of 5 years like a true warrior. Every now and then, she gave updates on her life as well as bowel cancer to her followers on the social media platform Instagram.

This week, James revealed a piece of sad news to all of us. The 40-year-old took to her Instagram and she shared her heartbreaking journey with bowel cancer. She penned a long caption alongside a smiling picture of herself.

“The message I never wanted to write. We have tried everything, but my body simply isn’t playing ball. My active care has stopped and I am now moved to hospice at home care, with my incredible family all around me and the focus is on making sure I’m not in pain and spending time with them”, she captioned the post. 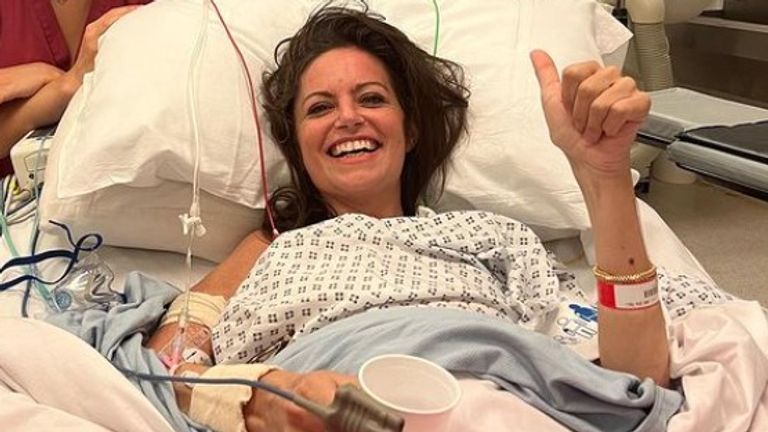 The U.K. Radio host further added, “Nobody knows how long I’ve got left but I’m not able to walk, I’m sleeping most of the days, and most things I took for granted are pipe dreams. I know we have left no stone unturned. But even with all the innovative cancer drugs in the world or some magic new breakthrough, my body just can’t continue anymore.”

Deborah continued, “In over 5 years of writing about how I thought it would be my final Christmas, how I wouldn’t see my 40th birthday nor see my kids go to secondary school – I never envisaged writing the one where I would actually say goodbye.”

James went on to say, “I think it’s been the rebellious hope in me. But I don’t think anyone can say the last 6 months has exactly been kind! It’s all heartbreaking to be going through but I’m surrounded by so much love that if anything can help me through I hope that will.”

Deborah shared information about the Bowelbabe Fund on Instagram

This week, Deborah set up a fund to raise some money for a cancer charity that is close to her heart. The author announced that she was cancer-free in the year 2020 and now she is diagnosed with bowel cancer. She said, “I always knew there was one thing I always wanted to do before I died. I have always over the years raised as much awareness and money for the charities that are closest to me.” 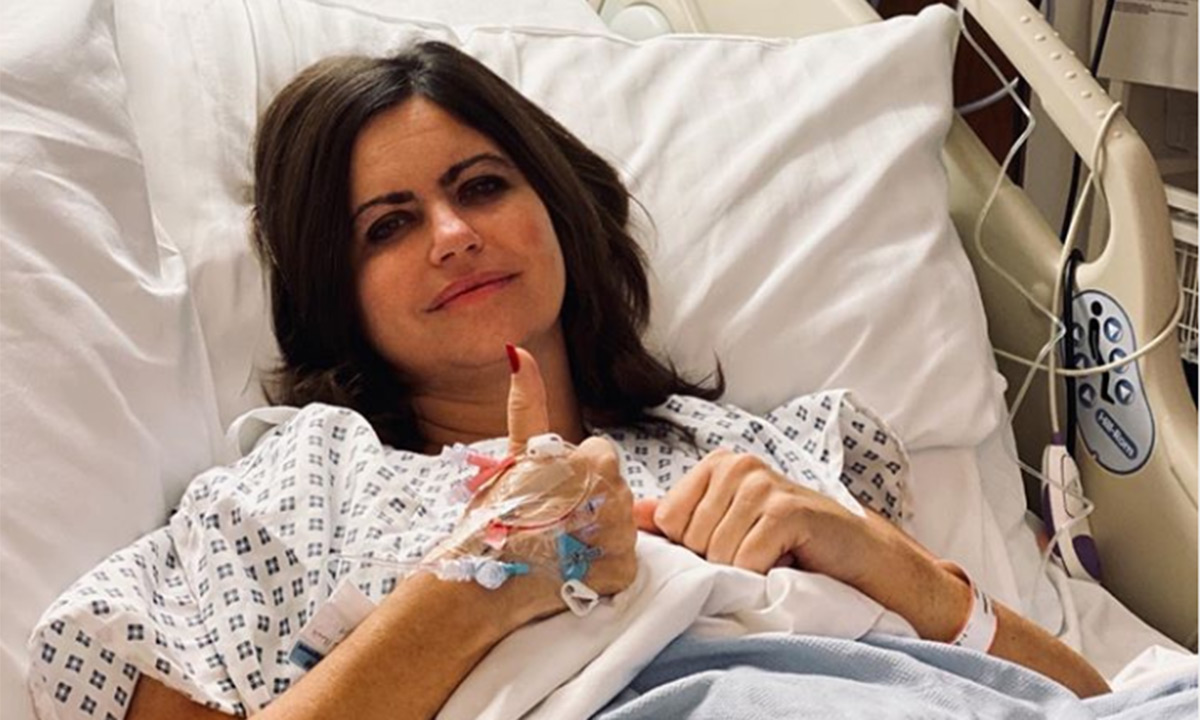 James added, “We can be such a strong and supportive community. One that helps each other through the good days and the bad days – the rollercoaster that is bowel cancer. Whether you’re a patient, family member, friend, colleague, healthcare professional or researcher, @bowelcanceruk want to bring the varied and many people affected by bowel cancer together this Bowel Cancer Awareness Month to shine a light on your stories and experiences.”

Deborah also bid a goodbye to her fans on Twitter

James wrote, “The tweet I never wanted to write. The time has come to say goodbye. 5 years to prepare, doesn’t make it any easy. I’m under hospice at home care, & I’m spending my time surrounded by my family. Please buy me a to see me out and raise vitial funds. http://bowelbabe.org”

The tweet I never wanted to write. The time has come to say goodbye. 5 years to prepare, doesn’t make it any easy. I’m under hospice at home care, & I’m spending my time surrounded by my family. Please buy me a 🍷 to see me out and raise vitial funds. https://t.co/AztN5FziLR ❤️

The Cancer Research UK also made a tweet for the Bowel Babe that read, “We’re so sorry to hear this news from Deborah. We’re in awe of her incredible awareness-raising and fundraising efforts over the years and right now, in setting up the Bowelbabe Fund, http://bowelbabe.org. We’re sending all our love to Deborah and her loved ones.”

We’re so sorry to hear this news from Deborah. We're in awe of her incredible awareness-raising and fundraising efforts over the years and right now, in setting up the Bowelbabe Fund, https://t.co/HgvOzZkmdv. We're sending all our love to Deborah and her loved ones 🧡 pic.twitter.com/aMj8Jwpcrm

You can donate right now and let us share with you the money that will directly go to Cancer Research UK to raise funds for further life saving research into cancer “to give more Deborah’s more time”. In her Instagram post, the journalist also revealed that that charities Royal Marsden and Bowel Cancer UK are very important to her too.

During her latest interaction with BBC, Deborah stated that she has raised more than 1 million pounds and that too in less than 24 hours. She said, “I’m absolutely mind blown.” 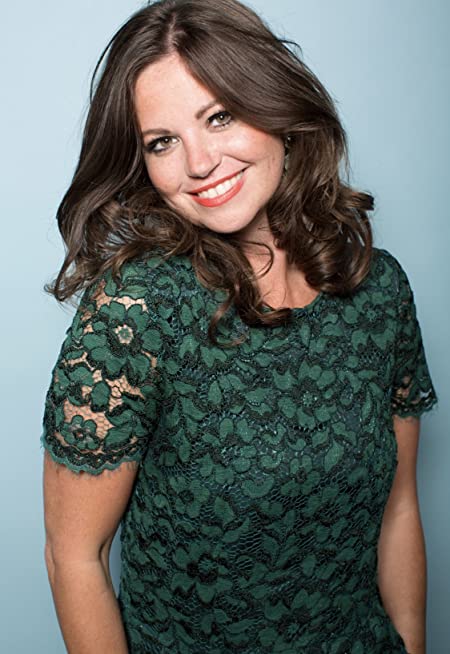 James told BBC, “I just cannot thank people enough for their generosity. It just means so much to me. It makes me feel utterly loved. But it makes me feel like we’re all kind of in it at the end together and we all want to make a difference and say, ‘You know what? Screw you cancer.’ You know, we can do better.”

We just hope that Deborah James clings on to that little ray of hope as miracles do happen. Kindly keep her in your prayers. Don’t forget to stay tuned with us for the latest updates from the world of showbiz.