Not long ago, Durk Derrick Banks popularly known as Lil Durk was hit in the face by a pyrotechnic at the Chicago music festival. He suffered a couple of drastic injuries after getting hit in the face on Saturday night, July 30, 2022.

Continue reading further to know how is Lil Durk feeling at the moment and how he has been coping since the whole incident took place. On Sunday, the Laugh Now Cry Later rapper took to his Instagram to share a health update with his fans all over the world. He posted a picture of himself sitting on a hospital bed with a patch over his right eye and a mask on his face on the social media platform Instagram.

“Due to the incident that happened at Lollapalooza in Chicago on stage, I’ma take a break & focus on my health. I finished my performance yesterday for my fans. Appreciate y’all ” he captioned the post. 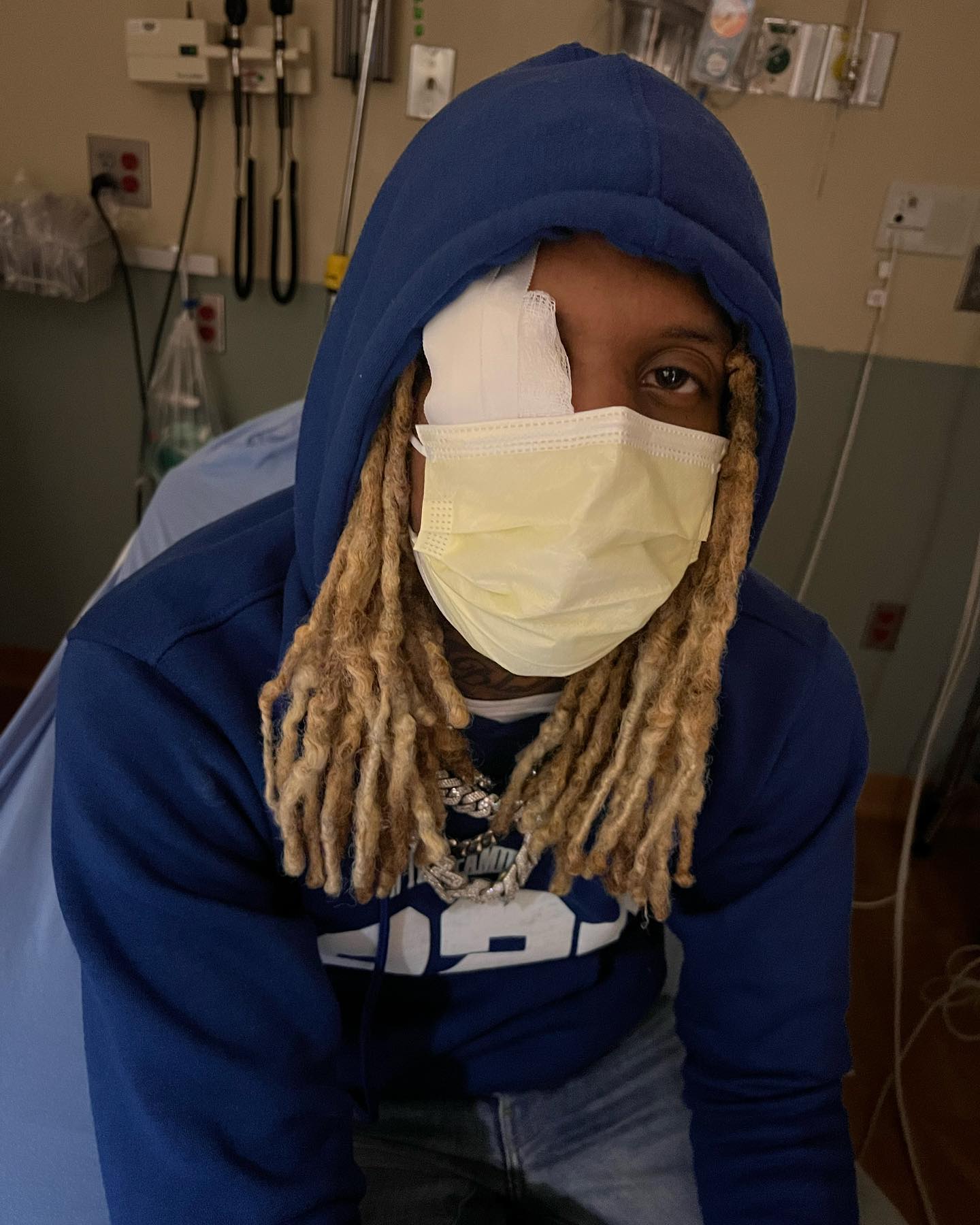 More details about the incident

Lil Durk’s footage from the music festival went viral on various social media platforms such as Instagram and Twitter. In the clip, the singer can be seen walking across the stage, and then soon afterward, he got struck directly in the face by two pillars of smoke.

Shortly soon, the What Happened To Virgil rapper, was seen covering his face with his T-shirt while the music cut off.  At the same time, someone on the mike, could be heard saying, “Woah, woah, you alright, bro? It shot straight up,” referring to the smoke. 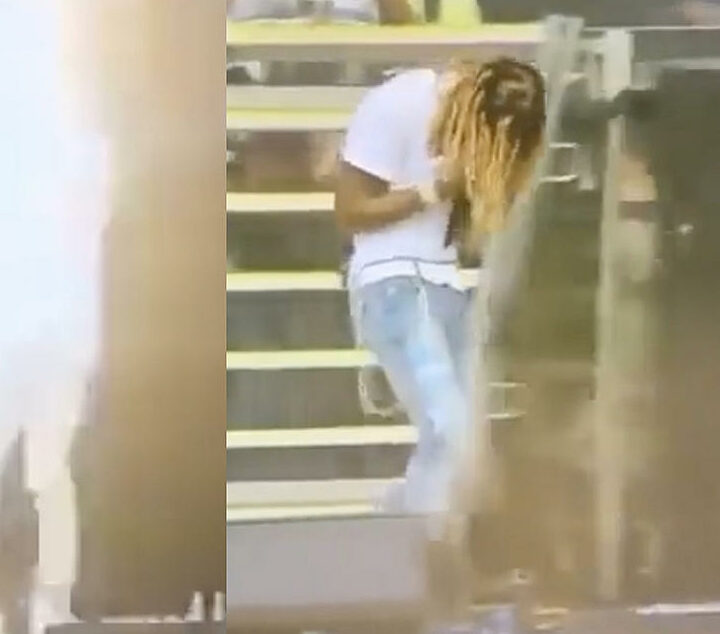 Nearly a few moments later, Durk replied, “F–k it, no more smoke, let’s do it,” before continuing his set. Dua Lipa and Machine Gun Kelly headlined the music festival.

Many artists including Doja Cat, J. Cole, Lil Baby, The Kid Laroi, Charli XCX, Jax Jones, and Kygo hit the stage at the Lollapalooza festival. In the four-day music festival, a total of 170 artists performed on the stage.

The celebs dropped their best wishes for Lil Durk on Instagram

As soon as Durk announced on Instagram that he will be taking a break to put all his attention on his health, many of his friends and fans stopped by the comments section of the post to drop their good wishes for him. 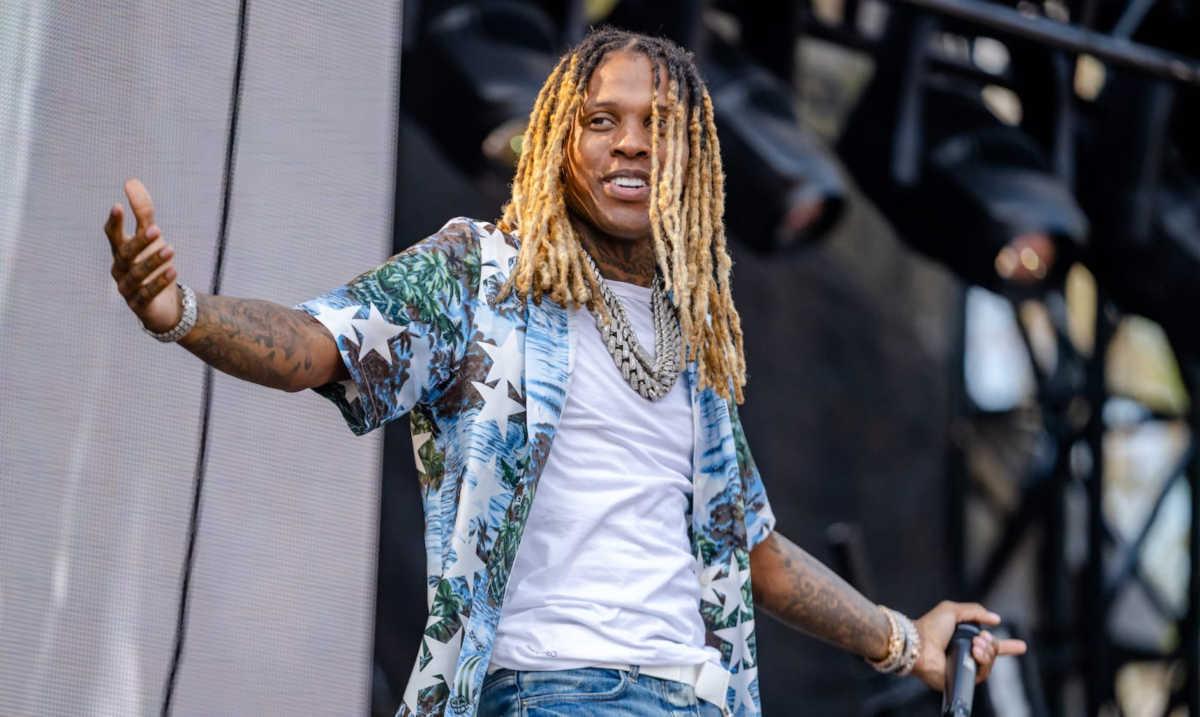 Charmaine Bey went on to say, “Wow. Sorry that happened to you Durk! It was a great show nonetheless! Sending love and healing brother.” The Miss The Rage singer Trippie Redd offered his best wishes to Durk by writing, “Damn get better bro.”

We hope that Lil Durk gets better soon. Wishing him a speedy recovery. Kindly drop your best wishes for the American rapper in the comments section below. Don’t forget to stay tuned with us for the latest updates from the world of entertainment.