Lady Gaga, the popular American singer, songwriter, and actress revealed some interesting facts about the outfit she chose when she sang the national anthem at the inauguration ceremony of President Joe Biden in January 2021. 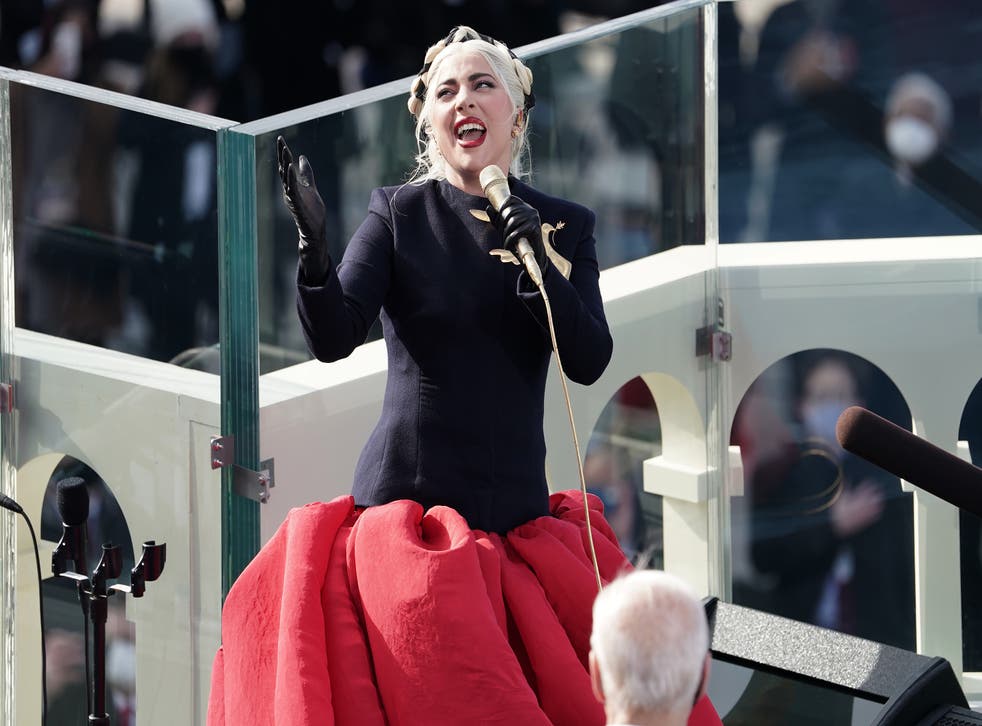 The 12-time Grammy Award winner, 35, disclosed that the Schiaparelli Haute Couture outfit was “bulletproof” in an interview given to Vogue magazine.

In her interview she dissected many of her old, iconic looks including the infamous meat dress she wore at MTV VMA awards, her Met Gala look in her interview, etc. The meat dress was the brainchild of makeup artist Val Garland. 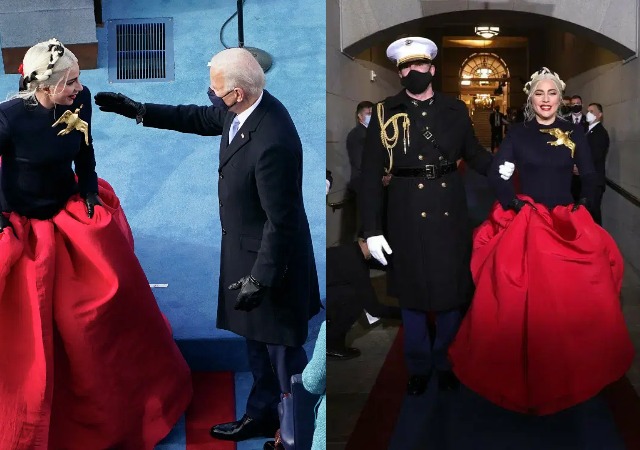 Ahead of the US president swearing-in ceremony by Joe Biden, Gaga performed ‘The Star Spangled Banner’ at the US Capitol back in January 2021.

Lady Gaga told Vogue magazine in a recent interview, “That has to be one of the proudest days of my whole life. Like many people in America, I felt a deep fear when Trump was president, and ushering 45 out and 46 in is something I’ll be able to tell my children all about.

Singing in a Schiaparelli bulletproof dress. I don’t know if people know this about me, but if I weren’t who I am today, I would have been a combat journalist. That was one of my dreams.”

Her outfit was customized by creative director Daniel Roseberry, featuring a structured navy fitted jacket with a red silk ballgown skirt. There are no further details disclosed to know how the dress was made bulletproof. Was she wearing a bulletproof vest underneath the ensemble?

Lady Gaga added: “When I was at the Capitol, the day before the inauguration, I remember walking around and looking for evidence of the insurrection [the Capitol riots on January 6]. A day for love, not hatred. A day for acceptance not fear. A day for dreaming of our future joy as a country. A dream that is non-violent, a dream that provides safety for our souls. Love, from the Capitol.” 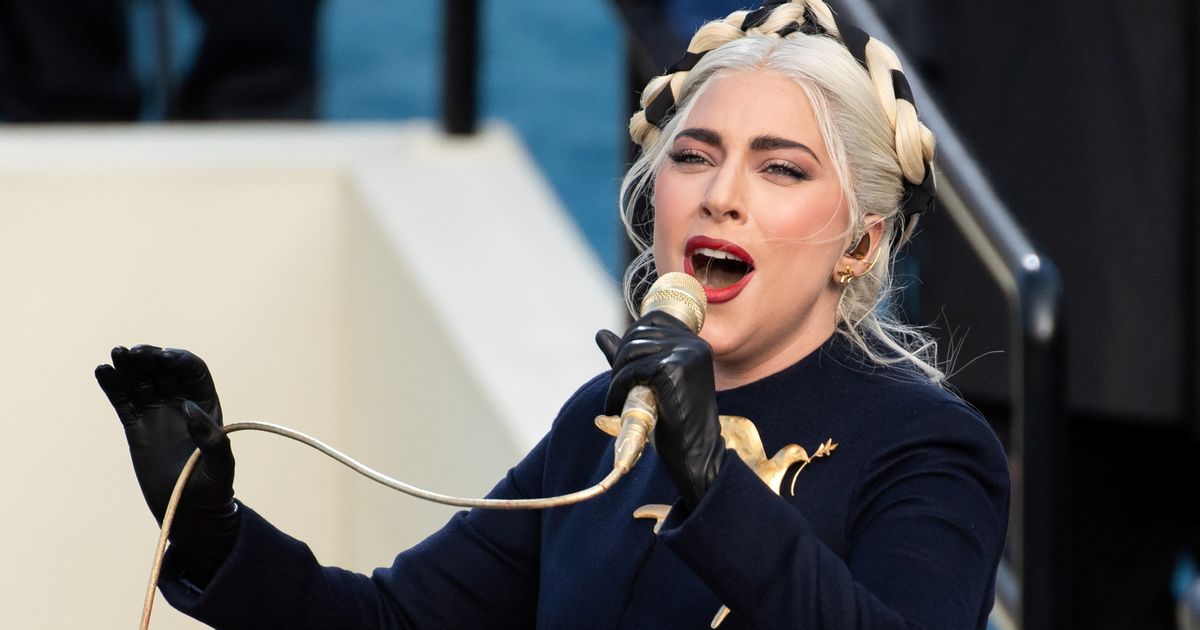 The Golden Globe Award Winner also recollected an incident about Marine Capt. Evan Campbell, who escorted her to the microphone.

She said, “And I’ll never forget speaking to this young man that I was with. He was asking me if I was nervous and I said yes. But sometimes, fashion can really give you wings… like a dove.”

The singer disclosed very recently that during the shooting of House of Gucci, she spoke with an accent for almost nine months.

Lady Gaga will be playing the role of Patrizia Reggiani, the ex-wife of Maurizio Gucci in her forthcoming Ridley Scott film. Last month in October, the second official trailer for the crime biopic was released.