A new twist of events has taken place in Johnny Depp’s defamation trial against Amber Heard. British model Kate Moss took to the stand today morning as a witness for Johnny Depp’s legal team and denied Amber’s claim that Depp pushed her down the stairs. Read on to learn more about her testimony. The world has heard the truth from the subject’s mouth. Amber Heard’s rumours about Jhonny Depp’s torture of his ex-girlfriend Kate Moss have been shut down by the Birtish model herself.

Kate testified today via live video from Gloucestershire, England, said that while on vacation in Jamaica she slipped and Depp came to her aid.

In her barely three-minute testimony, Moss told the court that “throughout  our relationship (1994-1998) Johnny never pushed me, kicked me or threw me down any stairs.” The famously-private model revealed during the rebuttal stage that Heard’s rumours but nothing but false.

Questioned by Depp’s attorney Benjamin Chew, Moss said, “We were leaving the room and Johnny left the room before I did. There had been a rainstorm and as I left the room I slid down the stairs. I hurt my back. And I screamed because I didn’t know what had happened to me and I was in pain. He came running back to help me, carried me to my room and got me medical attention.” Moss was 20 years old when she met Depp, who was then 31. The famous duo dated each other between 1994 and 1997 before the “Pirates of the Caribbean” star broke up with Kate and moved on to French actress Vanessa Paradis, the future mother of his two children, Lily-Rose and Jack.

Moss who is usually a private person, opened up about her relationship with Depp. Moss previously called her breakup with Depp a “nightmare” followed by “years and years” of crying”. She stated in a magazine in 2012 that “There’s nobody that’s ever really been able to take care of me. Johnny did for a bit,” Moss told the magazine.”

Kate and Depp were an iconic couple of the period: a potent combination of beauty and cool, all dangerous cheekbones and grand passions, with a shared love of poetry, narcotics and alcohol. The two were “wildly” in love. 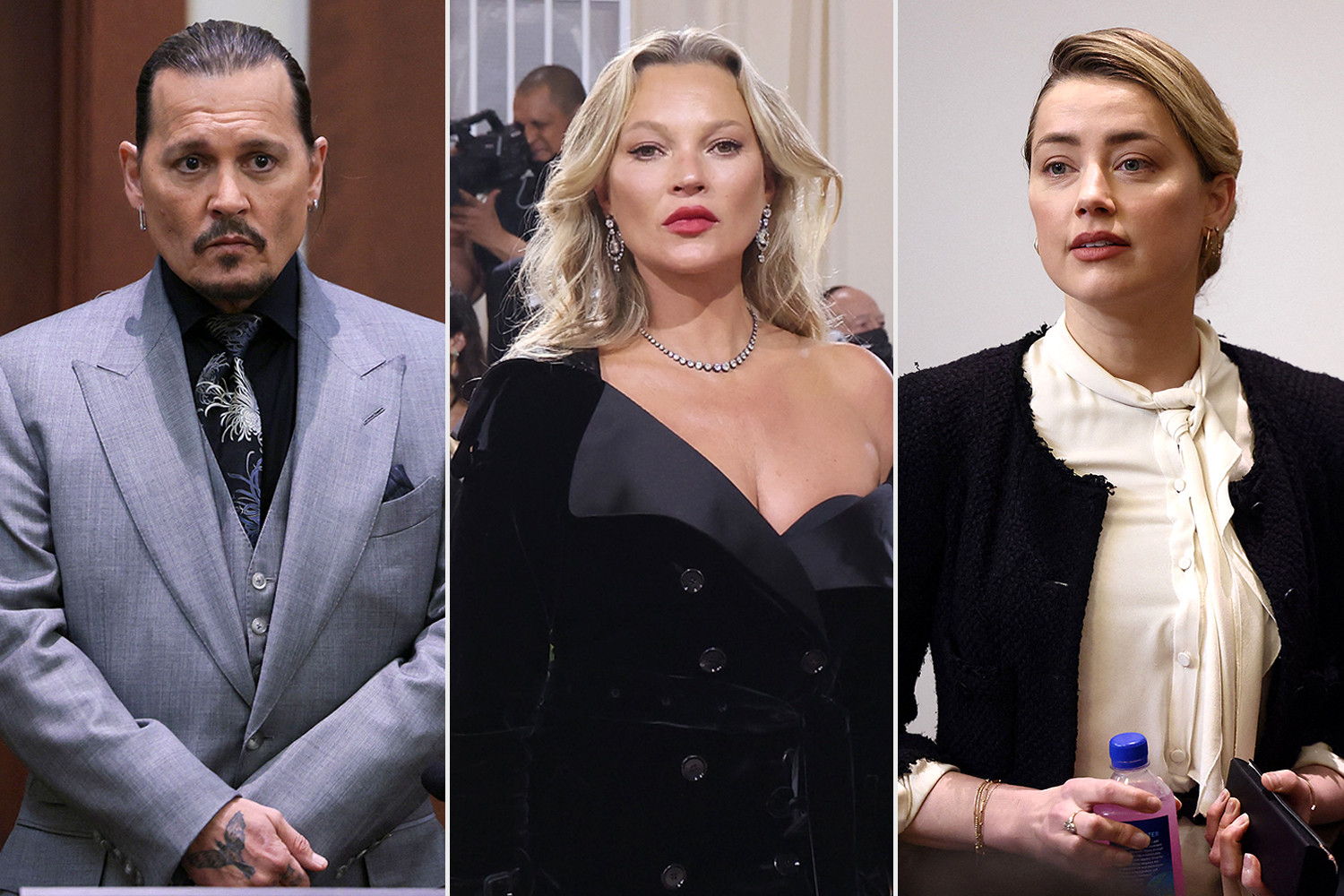 Depp introduced Kate to art galleries, first-edition books and his bohemian heroes whom she adopted as her own. Inspired by Depp, Kate developed a love of vintage looks straight out of the Keith Richards/Anita Pallenberg playbook, which helped to form her own style. That was the love story they shared, not the toxic one that Amber narrated!

Heard, 36, brought up Moss in her May 5 testimony, recounting a March 2015 fight in which she punched Depp in the face out of fear he was going to shove her sister, Whitney Henriquez, down a staircase. This comes as another lie from the “Aquaman” star who has left no chance to tarnish Depp’s reputation. What do you think about Kate Moss’s today’s testimony?