Kanye West’s ‘White Live Matters’ controversy hadn’t settled yet, and the rapper is hit by another controversy. Van Lathan, a former TMZ employee and host of the podcast “Higher Learning”, claimed that Ye made anti-semitic comments in a 2018 interview. The podcaster claimed that Ye openly declared his love for Hiter and Nazis in a now-deleted segment from 2018. 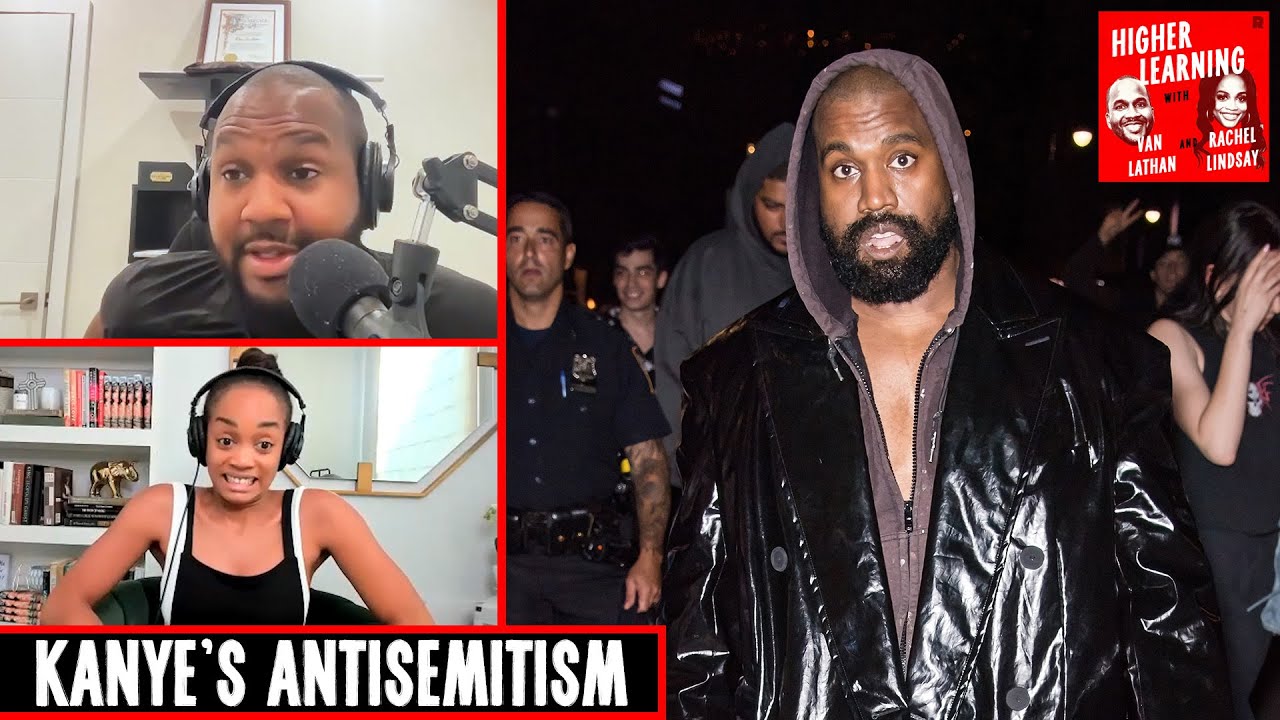 On one hand, Kanye’s newfound ally Candace Owens, a conservative influencer leaked a jaw-dropping “trash-talking” audio of Kim Kardashian. On the other hand, former TMZ employee Van Lathan has come forward to make startling revelations about Ye’s love for Adolf Hiter and the Nazis. Speaking of a 2018 interview with Ye, Van revealed that the Donda rapper professed his love for Hitler and the Nazis, and referred to slavery as a “choice”.

After Ye’s Twitter and Instagram accounts got barred after his “antisemitic” post, Van Lathan spoke on his podcast as to how Ye professed his love for Hitler and the Nazis in a now-deleted segment of the 2018 interview. Van alleged: “I’ve already heard him say that stuff before. I mean, I was taken aback because that type of anti-Semitic talk is disgusting.

“But as far as him, I knew that was in him because when came to TMZ, he said that stuff and they took it out of the interview.” Van also revealed that he reminded Kanye of the “real-life implications to everything he said about Hitler and the Nazis”, adding that “What I say after that—if I can remember, it’s been a long time–was, ’12 million people actually died because of Nazism and Hitler and all of that stuff.”

Van narrated that TMZ decided to pull it out because it didn’t make any sense to them back then. But again, Van emphasises that he clearly remembers Kanye saying,  ‘I love Hitler, I love Nazis,” also characterising their slavery as a choice. Even though Ye made these claims in front of the camera, TMZ decided to edit them out of the video. On Wednesday’s (Oct 12.) episode of “Higher Learning”, Van Lathan, who was an employee at TMZ until 2019, also mentioned that he brought up the Holocaust while rebutting Ye’s thoughts on supporting Nazis with it, and calling it a “choice”. However, the rapper instead made some shocking claims to defend himself.

Referring to Ye’s recent tweets, Lathan recalled that he even remembers a Jewish staff member at the tabloid challenging the rapper over his remarks, but Ye didn’t just stop. “When I saw [the new tweets], I was like, ‘Oh, I knew that this was eventually coming.’ As a matter of fact, I had anticipated it coming, like, way earlier than this,” the podcaster admitted.

If you aren’t aware, Van’s revelations on his podcast, “Higher Learning” comes after Ye’s Twitter and Instagram were recently suspended following his “anti-Semitic” post referring to Donald Trump’s son-in-law Jared Kushner, who is a Jewish. Kanye West took dirty shots at Jared Kushner for unknown reasons.

During a Fox interview, Ye commented on Jared, accusing him of brokering the Abraham Accords for personal profits. On Oct. 6, he even shared a now-deleted IG post, where he wrote: “F*** Josh Kushner. What if I had 10% of Karlie Kloss’s underwear line without you knowing? And you only had 5% without you knowing.” The 45-year-old rapper didn’t stop there. He then wrote, “Jared was holding Trump back. Ivanka is fire.”

After this, the American Jewish Committee (AJC), a historic Jewish advocacy group, posted a video on Instagram, accusing Ye of using “antisemitic tropes like greed and control. Ye has continued to drag down celebrities with his social media rants. Recently, Gigi Hadid clapped back at Ye for bullying Vogue’s Gabriella Johnson, who criticized Ye’s “White Lives Matter” stunt at the Paris Fashion Show.

Well, Kanye’s life is all about controversies, and well, this is a dirty one. His anti-semitic remarks angered the Jewish communities for the trauma suffered under Hitler’s reign. The Holocaust was “Nazi Germany’s deliberate murder of approximately six million European Jews and at least five million prisoners of war”.