Indian former cricketer, and popularly known as Turbanator, Harbhajan Singh was extremely happy and excited on Saturday as he took to Twitter to share the news of the birth of a baby boy with the world. Indian spinner, Harbhajan Singh and actress Geeta Basra have become parents again, and this time they have been blessed with a baby boy. The beautiful couple already had a daughter named Hinaya Heer Plaha, and she was born in 2016.

The post by Harbhajan Singh on Twitter read, ” A new little hand for us to hold, his love is grand, precious as gold. A wonderful gift, so special and sweet. Our hearts are full, our lives complete. We thank the almighty for blessing us with a healthy baby boy. Both Geeta and the baby are doing well. We are overwhelmed with joy and would like to extend our gratitude to our well-wishers, for their constant love and support. “

Last month, actress Geeta Basra posted some beautiful pictures of a surprise baby shower on her Instagram. The baby shower was virtually organized by her friends who live in different countries with the help of her husband Harbhajan Singh.

The Geeta Basra baby shower post read, “My girls are the best! What a beautiful and sweetest virtual baby shower surprise! Don’t know what I would do without you all but you all made me feel so special and cheered me up… During such times it’s when you miss each other the most of not being able to celebrate such moments together and so many special celebrations missed out on… but you girls really outdid yourself! All sitting across different parts of the world thank god for digital platforms that keep us connected! Thank you my loves and I am so blessed to have you in my life”. 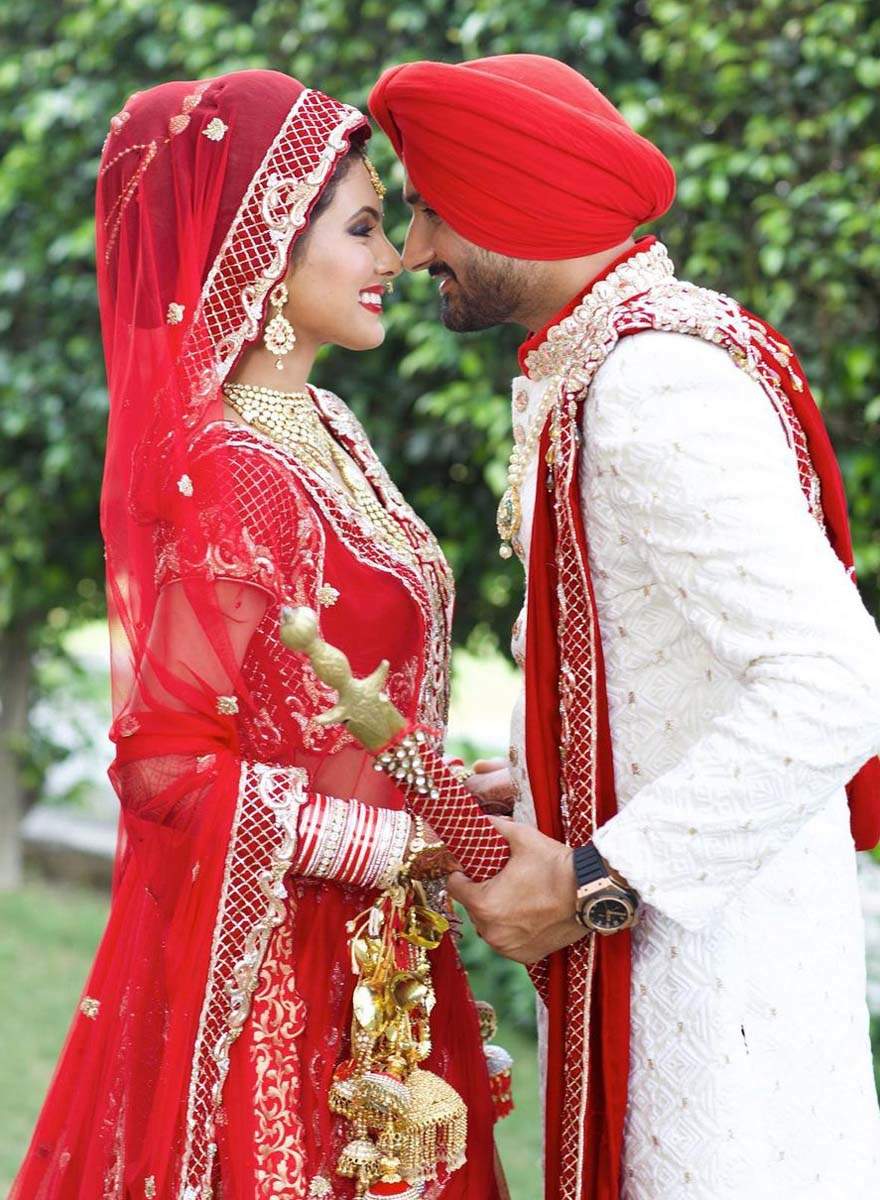 After dating for more than 5 years, Indian orthodox spinner Harbhajan Singh, and actress Geeta Basra decided to give a name to their relationship on 29 October 2015. Unlike other celebrities, they didn’t organize a huge party and celebration, instead, they tied the knot by a simple traditional Gurdwara wedding in Jalandhar, Punjab. Very close friends and family members were only invited to their wedding ceremony.

Meanwhile, the Turnbanator, Harbhajan Singh is only playing IPL, and he is part of the Shahrukh Khan owned Kolkata Knight Riders franchise. Harbhajan Singh has also been part of some other big franchises like Mumbai Indians and Chennai Super Kings before joining KKR, and he is among the leading wicket-takers in the history of the IPL. In the 2021 IPL, Harbhajan Singh played three matches, but unfortunately, he was not able to pick any wickets. Speaking of the numbers, Harbhajan Singh has picked up 150 wickets in 163 games playing for different franchises.

On the other hand, Geeta Basra made her debut in Bollywood with the movie Dil Diya Hai released in 2016. She has also played important role in films such as The Train and Zila Ghaziabad. Her last film was Lock, which was a Punjabi movie.