Green Day’s Billie Joe Armstrong is all set to leave the country! Recently, the I Think We’re Alone Now singer made the big announcement during his concert in London, United Kingdom. Read on to learn more about Billie’s decision. The 50-year-old musician revealed that he will renounce his citizenship during a concert on June 24, 2022, Friday night in London, United Kingdom. His decision came in the wake of the U.S. Supreme Court overturning Roe v. Wade. As an outcome of the Supreme Court’s decision, many states have received the right to ban abortions in the future.

As per the reports of Deadline, during the concert, Billie said, “F–k America,” and he further added that he was “renouncing” his citizenship. He went on to say, “There’s too much f–king stupid in the world to go back to that miserable f–king excuse for a country.” Armstrong continued, “Oh, I’m not kidding, you’re going to get a lot of me in the coming days.” At the moment, Billie resides in Oakland, California, United States and he plans to move to the U.K soon.

Yes, you heard it right. Not long ago, the Good 4 U singer Olivia Rodrigo took over the stage at the Glastonbury Festival and she expressed her anger toward Supreme Court’s decision by dedicating Lily Allen’s song “F**k You” to the Supreme Court justices for their decision. 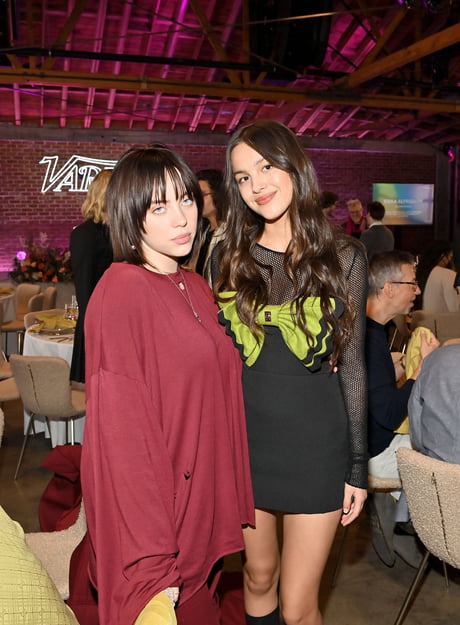 Billie Eilish also performed at the music festival on Friday and she also dedicated her song Your Power to the SCOTUS judges who voted to overturn Roe v. Wade.

The Happier Than Ever singer said, “The song we’re about to do is, I think, one of the favorites that we’ve written and it’s about the concept of power and how we need to always remember how not to abuse it. And today is a really, really dark day for women in the US I’m just going to say that as I cannot bear to think about it any longer in this moment.”

Many celebs have voiced their disapproval post Supreme Court’s decision

As soon as the Supreme Court announced its decision of overturning Roe v. Wade, many A-listers from Hollywood came forward to express their thoughts on the same on social media.

This decision of the Supreme Court will lead to an end to the federal protection of abortion rights. It has been reported that nearly half of the U.S states may eventually make abortion fully illegal as a result. The Hunger Games alum Elizabeth Banks took to her Twitter and wrote, “This is devastating news for families – Men and women – who believe the government should not decide when and with whom they become parents. This is not the end of this fight for human rights.”

English singer YungBlud further added, “the Supreme Court just ended a constitutional right to obtain an abortion, saying it should be left to each state to decide, this is horrible! they just took the right to decide about someone’s own body away! we need to speak out. your body, your choice! #AbortionIsHealthcare” Do you think Billie has taken a good decision by renouncing his U.S. citizenship? Kindly let us know your thoughts in the comments section below. Don’t forget to stay tuned with us for the latest updates from the world of showbiz.