Streamer Dream is making headlines for all the wrong reasons. The Minecraft star, who revealed his face earlier this month after hiding it for years, has been accused of grooming a minor and sending her inappropriate texts.

A Twitter user named Anastasia claimed that Dream flirted with her two years ago when she was only 17 years old. She has also shared some screenshots of her Snapchat conversation with the streamer that went viral on social media. 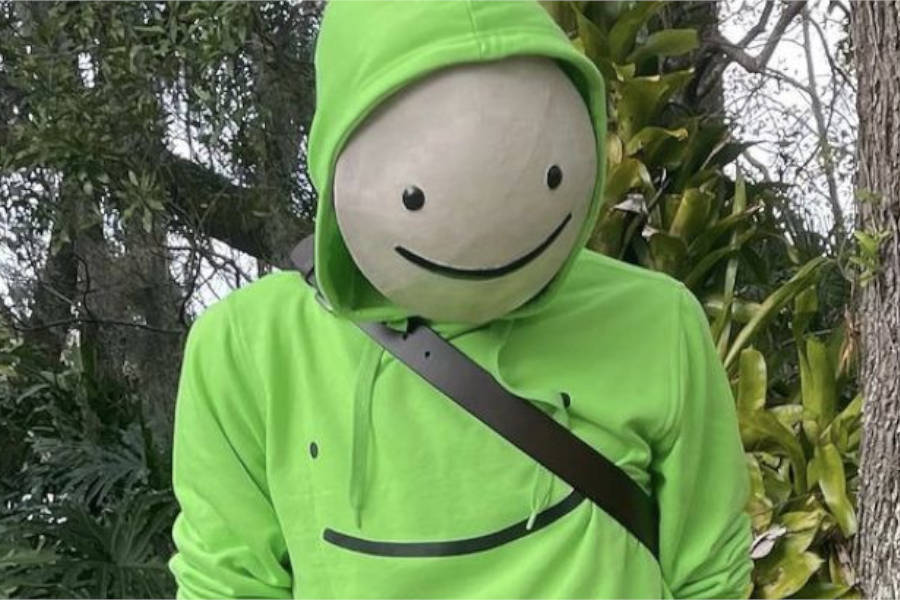 A burner account on Twitter posted a thread by Anastasia on October 13, claiming that Dream had been in touch with her since March 19, 2020. The streamer allegedly reached her on her personal Snapchat number and Twitter account. Anastasia shared some screenshots that show the two flirting and sexting with each other.

“I’m not here to fully prove my experience that I know happened. I don’t care about showing every receipt. Here’s me telling him I’m 18 SOON (not yet). I also believe I clearly had ’17’ in my bio the same time I have 20 now. I have him asking for my snap and we talked about school,” tweeted Anastasia with a screenshot.

“None of it is appropriate for a ‘fan’ and influencer to be this close, especially since I was still 17 and in school and he knew that. It crosses the line when he’s sending me his huge house/inviting me. The worst of flirt that I recall was on Snapchat and obviously those delete,” she added.

Anastasia went on to add that Dream was still dating his ex when he started flirting with her. “This was all while he was with his ex, didn’t she cheat with minors who were fans of his too? It was a short-lived phase when I was in a very bad place and after I started talking to him as a person. I stopped supporting bc (because) he wasn’t interesting,” she added. 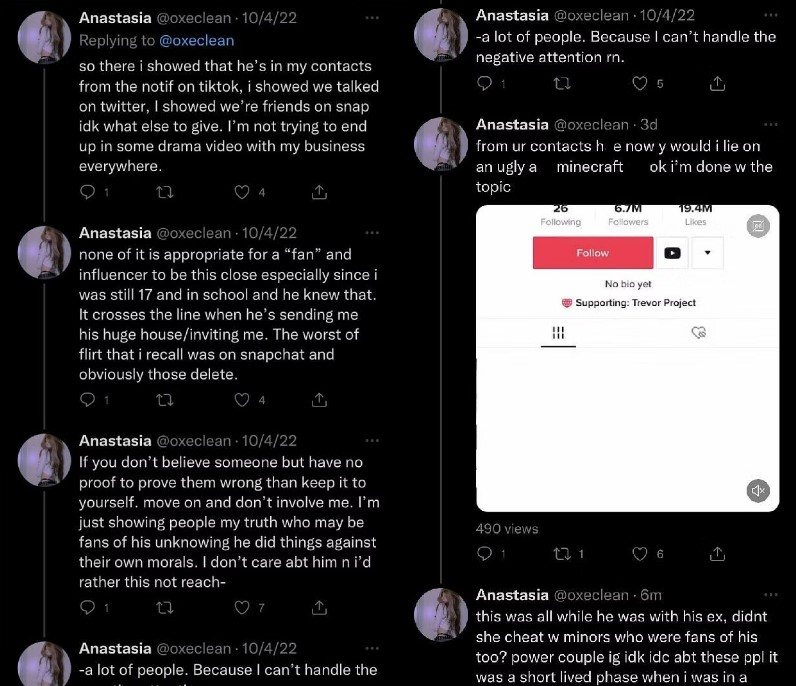 After the thread went viral, Dream started trending on Twitter, with many users slamming the YouTuber. “We need to continue to put pressure on Dream in order to make sure that he *actually* addresses the claims of his accuser. Using #dreamisafreak to continue to draw attention to this issue is a good course of action. We can’t let this be swept under the rug,” wrote a follower.

Dream Responds to the Accusations

The streamer has now responded to Anastasia’s accusation, writing, “Wake up to people making up disgusting false accusations for the millionth time. I’m going to enjoy my last couple days in LA and not let people try and ruin it.” 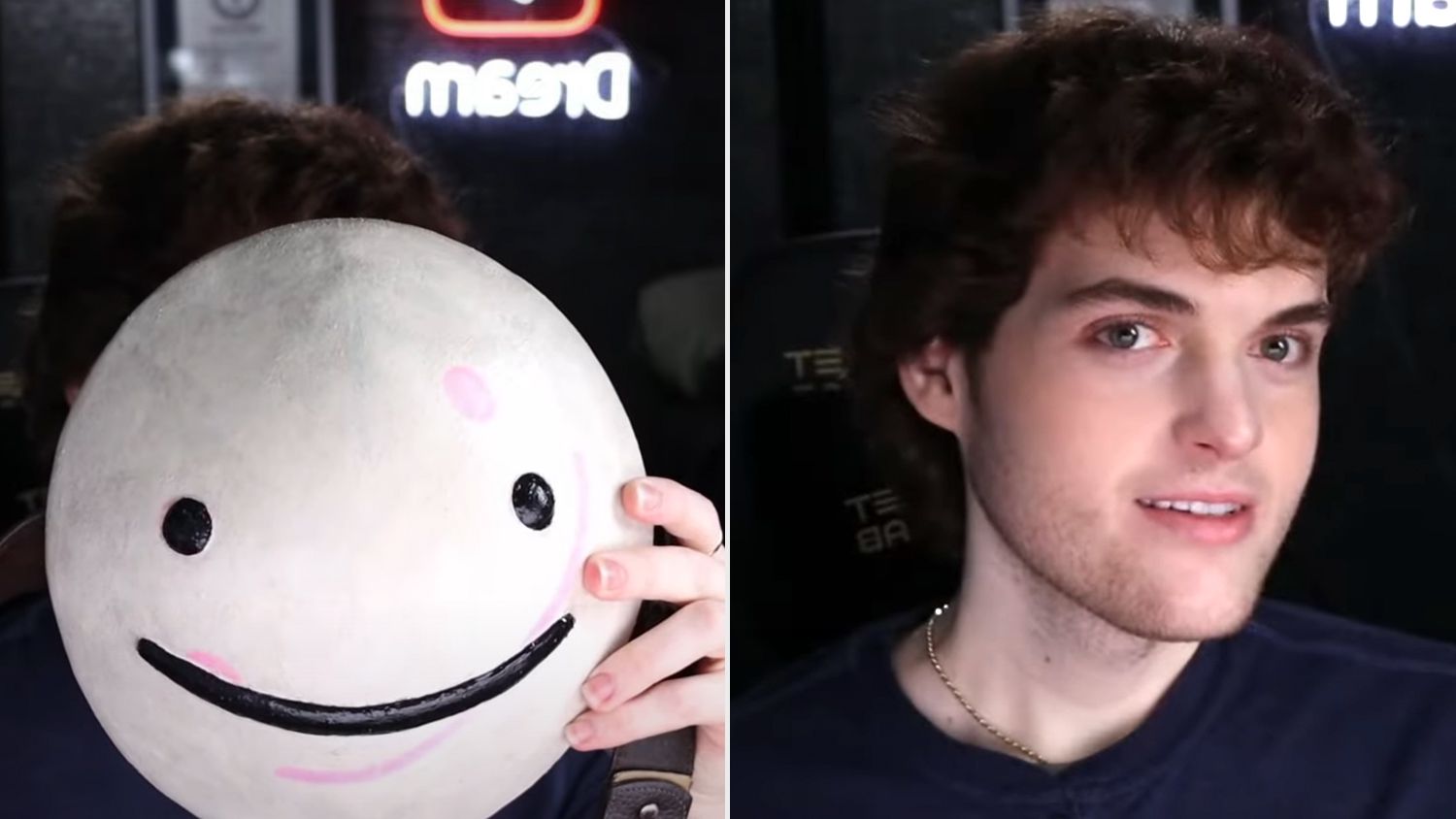 Dream then added that the real victims of grooming do not get enough attention because of these kinds of false allegations. “F*** you if you abuse concern around horrible real issues out of spite. It’s sad to see the trend that whenever there’s something big going on for me … people try and use those moments to spread negativity and lies,” he continued.

What are your thoughts about the allegations against Dream? Tell us in the comments section.