“Liv and Maddie” star Dove Cameron shared a vulnerable post on Instagram about her struggle with depression and dysphoria through crying selfies. The 26-year-old “Barely Lethal” actress pulled back the curtain on how she is attempting to “unlearn self-abuse and self-hatred while fighting hard with identity crises. Read on to learn more about her story. 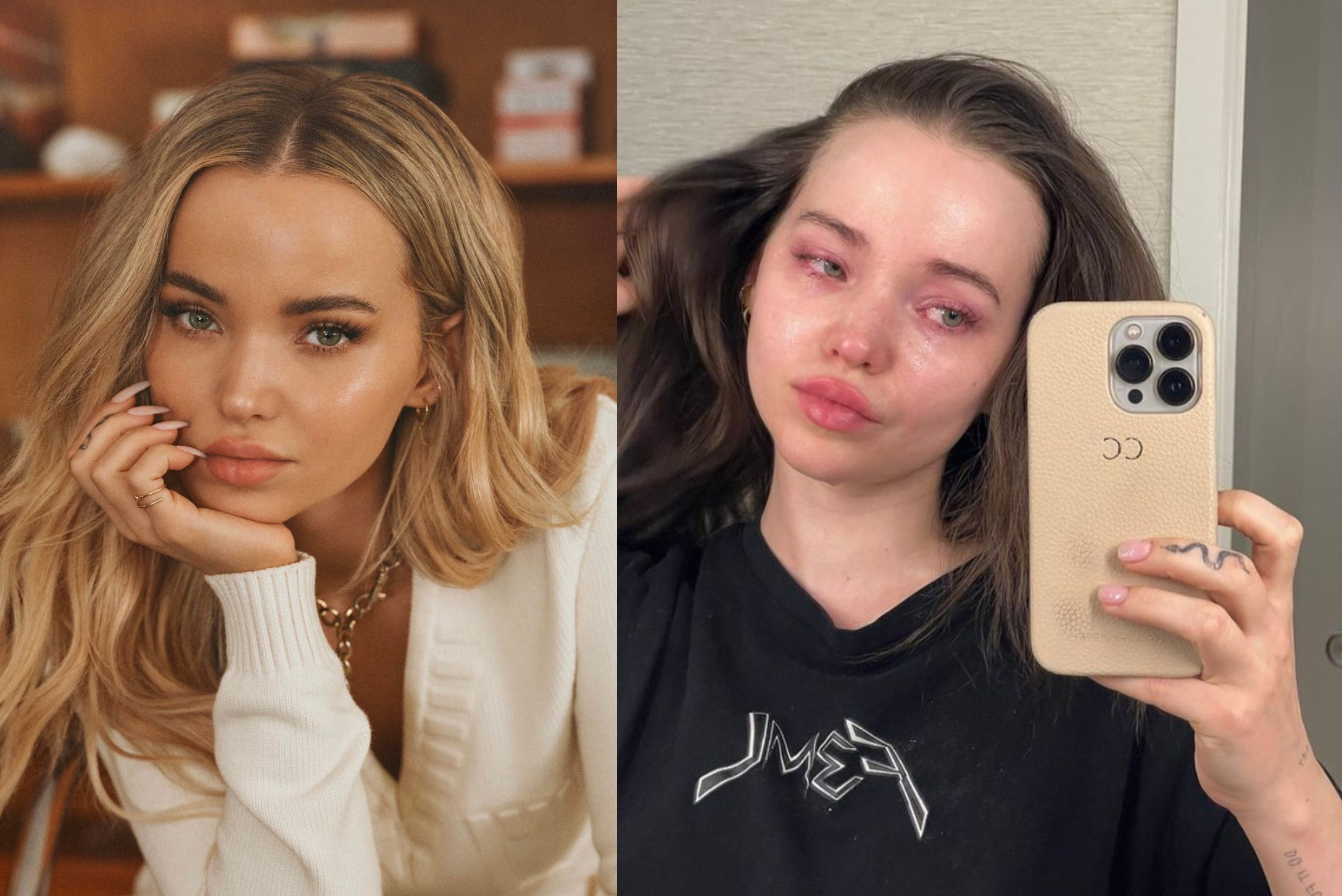 Identity Vs. The Self 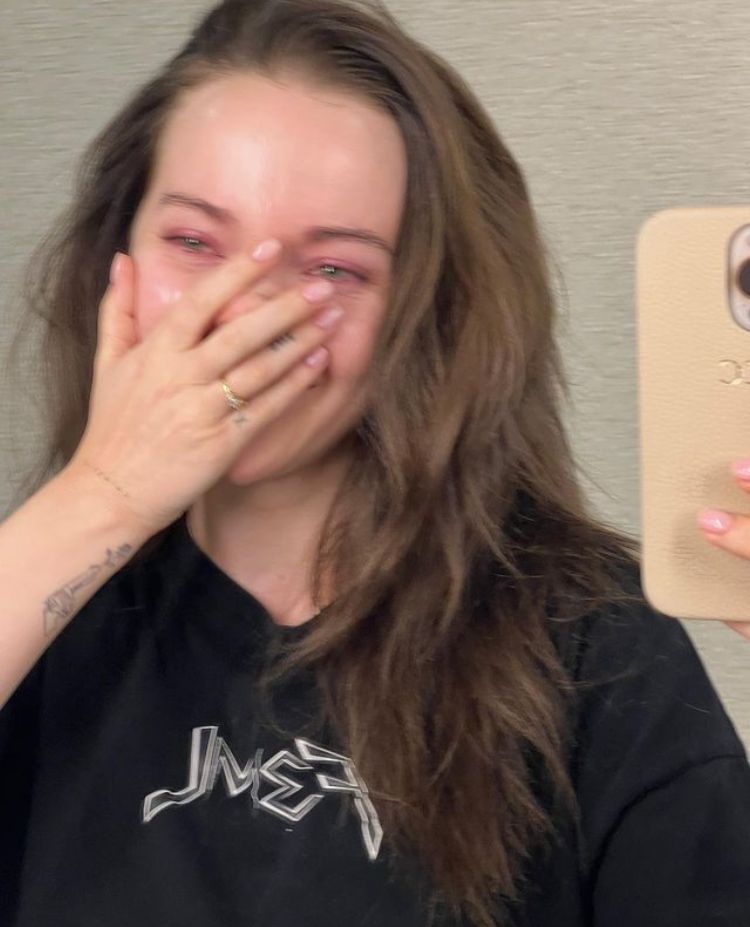 Dove Olivia Cameron’s vulnerability on Instagram is shouting loud about her resilience against her ongoing depression and dysphoria, a state of unease or generalized dissatisfaction with life. The 26-year-old American actress is interested in a life unburdened by herself. Well, she is trying hard.

Dove shared a series of crying selfies to reflect her pain in a recent Instagram post, which also includes a self-written note. As tears drop down her cheeks, Cameron is still trying to put up a smile on her face. She wrote a long note about her struggle with mental illness in her post, which says:

“Identity vs the self !!! depression & dysphoria. the self is someone i feel i have always deeply known, someone i deeply love and protect, like my own child, i know this self and we are very close. for me, identity and the self have always been diametrically opposed, and there has only ever been room for one at a time to occupy my life. i have never been able to make them hold hands, and i realize as i get older, its because i hold a deep-seeded belief that who i am is wrong, i am not allowed to be just as i am, i am not meant to be here. i feel i must be something else if i am going to be allowed to be here. and i really do wanna be here with you.

more days than not, i feel pulled towards no identity at all, i feel most natural as something imperceivable to myself, an energy and a presence. i don’t know if i will ever be able to live as this, if i will ever find a rhythm in this job where perception is one of the major cornerstones. so far, the self and the identity seem to harm each other, in my personal experience. i’m feeling it out. and if you are too, we can do it together. the longer i’m alive, the more i realize these inner dialogues are actually pretty universal.

❤️‍🩹all that i am truly clear on is that i’m interested in a life unburdened by myself. easier in theory than in practice, but we’re making room. ❤️‍🩹

i am beginning to have a hope that the public platform that has been difficult for me to learn to take up space as myself in, can actually be the conduit for change/mutual support/exploration/safety. there is room for us to talk about the things that terrify us/can’t be commoditized on a large scale, that can’t be commercialized and easily sound-bitten. maybe the spaces that are the least human can become the most human, if we want that, and we can all let each other take up a little more space. i love you.” 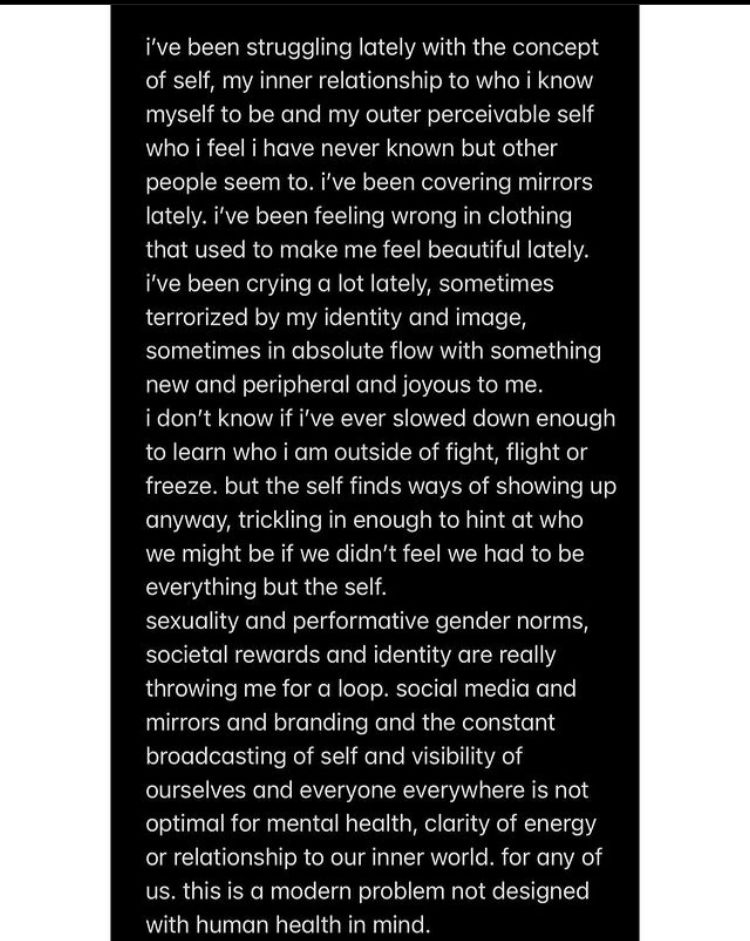 The self-written note on Instagram is also tagged along with her bare-faced mirror selfies in a black hoodie, which states:

“I’ve been struggling lately with the concept of self, my inner relationship to who I know myself to be and my outer perceivable self who I feel I have never known but other people seem to, I’ve been covering mirrors lately. I’ve been feeling wrong in clothing that used to make me feel beautiful lately. I’ve been crying a lot lately, sometimes terrorized by my identity and image. i don’t know if I’ve ever slowed down enough to learn who I am outside of the fight, flight or freeze. but the self finds ways of showing up anyway.”

The Descendants actress came out as a bisexual during an Instagram live stream in 2022 after her fans accused her of queerbaiting. She revealed that such treatment also affected her mental health. 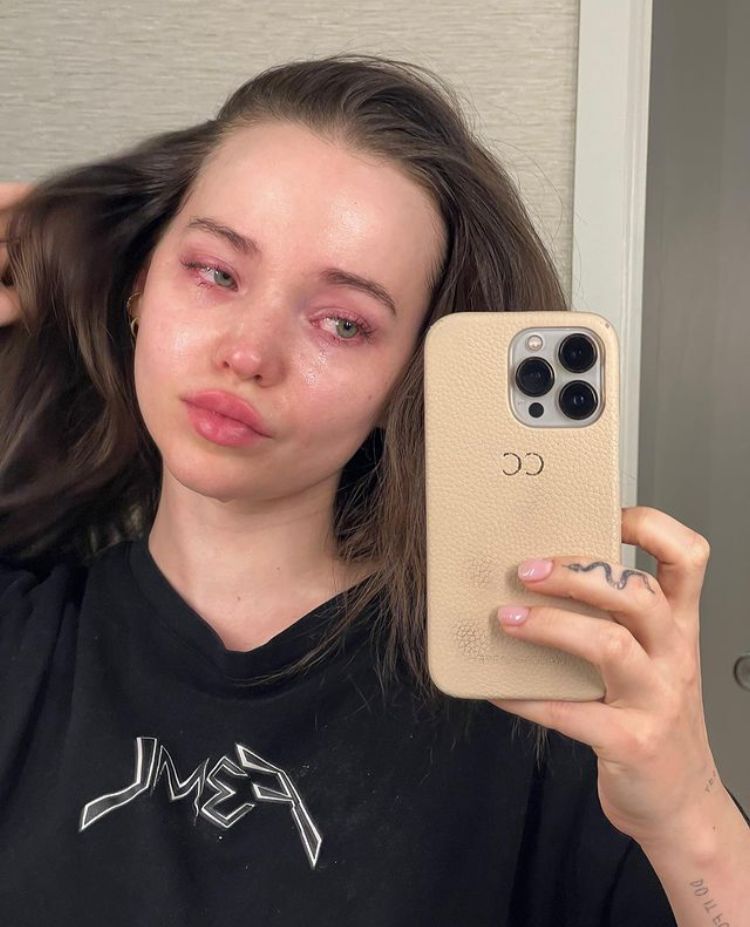 Celebrities like Marilyn Monroe and most recently, Naomi Judd took their own lives as a result of their deteriorating mental health. More importantly, many celebrities like Lady Gaga suffer from depression due to the toxic celebrity culture.

In Dove’s case, she revealed that she had been hiding her real personality and navigating ‘incredibly toxic’ celebrity culture made her feel pressured not to be seen as a ‘bad girl, but she’s now changed her outlook. She said, “I think this culture is so insidious for what is allowed for a woman, especially a developing young woman.”

About her boyfriend, Dove said, “I wanted my boyfriend to think I was, like, good and beautiful and pure and that I wasn’t a bad girl, because bad girls get punished. s I’ve gotten older, I’m like, f**k it.

She added, “It took me a long time to stop feeling so bad about myself [and like] I needed the approval of everybody, and to start being like, ‘I only care about my own approval.” Cameron revealed that sometimes she cries so much that she gets extremely sick.

An Attempt to Connect… 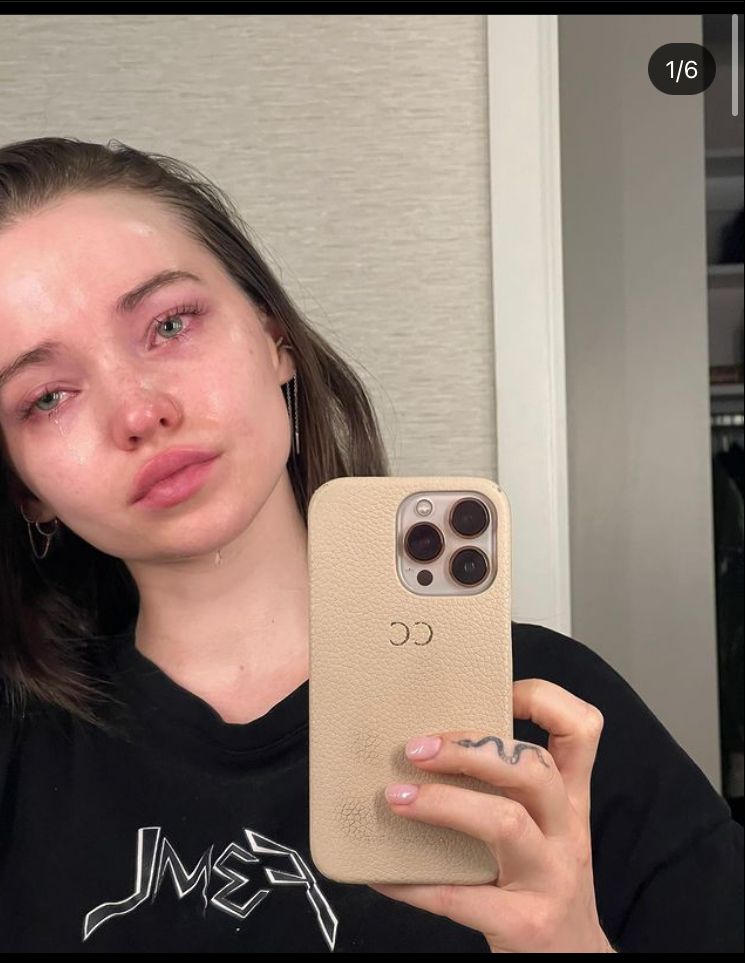 Dove Cameron has come up with her vulnerable side to connect with those who are lost in the sea of loneliness and identity crisis.  She stated that social media, mirrors and “constant broadcasting of self and visibility” is not good for mental health.

The Emmy Award winner did not hesitate to share her journey because she wants her followers to connect with her. Especially, the ones who ‘feel alone in a sea of what seems like humans who are comfortable in their identity, like they may not even have to think twice about it.’

Through these crying selfies and her self-written note, Cameron wants to tell her fans that she is beginning to have a hope that there is still some room to talk about the things that terrify us. She wrote, “Maybe the spaces that are the least human can become the most human if we want that, and we can all let each other take up a little more space.”

Cameron has around 47.3 million followers on Instagram. As a result of her post, many fans and artists have come forward to support the star and provide her strength. Pop artist Nicholas Tomillon wrote, “sending you so much love. you are such a beautiful soul. never forget that.”

Actress Daniela Melchior wrote, “You’re a beautiful butterfly”. Nail artist Juan Alvear wrote, “🥂to making room ❤️‍🩹.” Cameron gave an important piece of advice by saying, “The sort of results of chronic trauma and chronic PTSD is that you always think that whatever has happened in the past is about to happen again at any given moment. She added, “So I kind of have to get myself out of that space daily by just doing stuff.’ Kudos to Cameron. We hope she keeps fighting her demons every day. What do you think about her recent post?

Note: If you are based in the USA, and you or someone you know needs mental health assistance right now, call National Suicide Prevention Helpline on 1-800-273-TALK (8255). The Helpline is a free, confidential crisis hotline that is available to everyone 24 hours a day, seven days a week. Take Mental Health Seriously!
Share
Facebook
Twitter
Pinterest
WhatsApp