TikTok was sued on July 1 for the death of two young girls who lost their lives as a result of recreating the viral “Blackout Challenge”. Now, there is another dangerous challenge called the “Digging Holes Challenge”, which is raising concerns at local beaches. For instance, the trend is making Florida’s beaches dangerous for humans and sea turtles. How Deep Can You Dig? 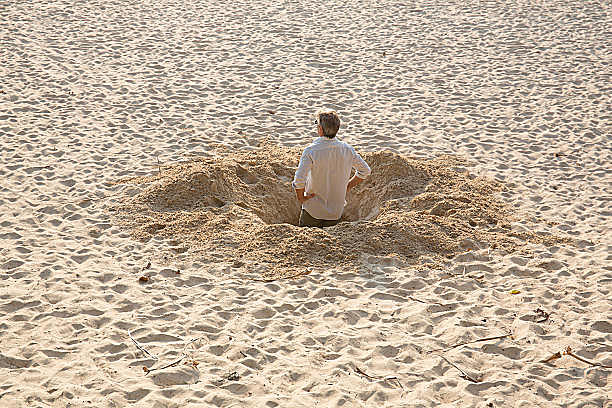 A new TikTok challenge, called “Digging Holes Challenge” expects TikTokers to dig huge holes that are 4 to 5 feet deep on the beach. What people don’t realise is that digging deep holes in the sand can be extremely dangerous. Even a small deep hole can break a leg if not seen by someone jogging or casually walking along the crowded beach.  even a small hole

Not only this, it puts the lives of sea turtles at risk as they could get stuck in them. Some people have reported incidents of accidents as a result of such deep holes dug in the light of this so-called “Digging Holes Challenge”.

Agree or not, the challenge is a hazard for so many reasons. This has taken over in Florida, and it is now on its way to New Jersey. If you do not release, the walls of the sand-hole often collapse which can literally bury people alive. Well, there are too many of those stories in New Jersey. 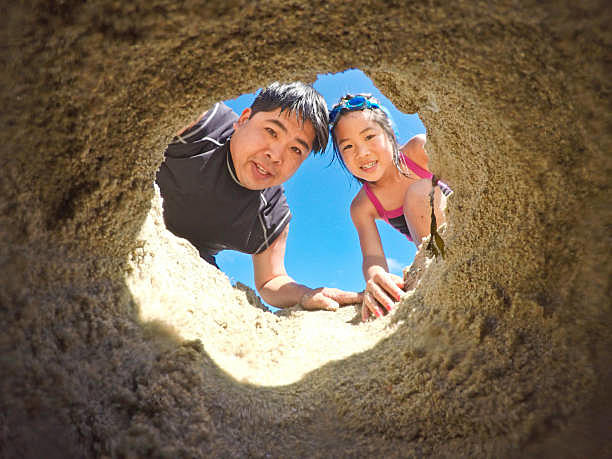 However, many people understand the gravity of the danger that this challenge poses. Sanibel Mayor Holly Smith stated, “There were some TikTok challenges saying, ‘How deep can you dig?”. “I don’t care if they dig to China. Just fill it in before they leave,” said Allison Ward, a beachgoer.

Wildlife officials said it is not illegal to dig holes. If you do, just fill it in before you leave. In a Facebook post, the Marco Island Police Department shared a photo of one of the holes left on the beach. “Please refill the hole and kindly take your things with you. It’s a hazard to other beachgoers, especially our beautiful sea turtles,” the post said. I’d say, why dig it? 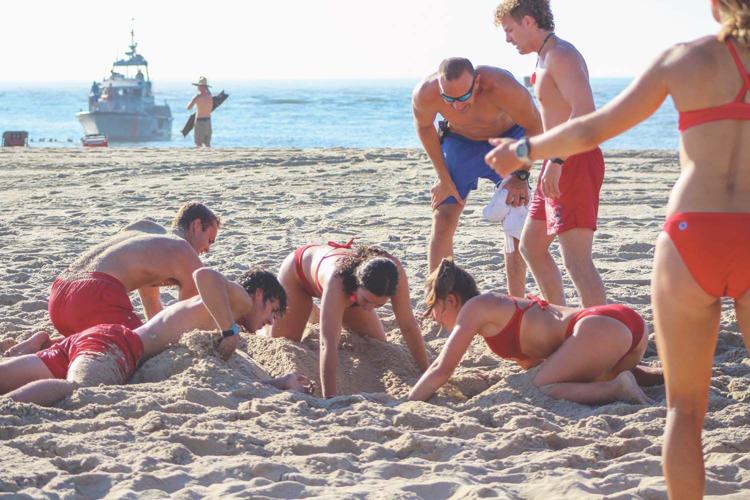 While some TikTok challenges come out as positive, most have created chaos, especially amongst teenagers. Last year, Joshua Haileyesus, 12, was discovered unconscious by his twin brother in Colorado after attempting TikTok’s “Blackout Challenge”. In this challenge, teens hold their breath until passing out on video. Joshua was pronounced brain dead and died after several days on life support.

This week, two young girls, Lalani Erika Walton, 8, and Arriani Jaileen Arroyo, 9, died after copying the viral “Blackout Challenge”. The first TikTok tragedy happened with Chloe Phillips, a 15-year-old from Oklahoma who died of a heart attack in August 2020 after taking up the “Benadryl Challenge”, which required individuals to film themselves hallucinating from medication.

Another lethal challenge called “The Angel Of Death” took over Indonesia and there were reported deaths of children who deliberately jumped in front of moving trucks. While the “Digging Holes Challenge” may not seem as dangerous as the previous ones, it certainly holds the potential dangers that could risk someone’s life.

What Should You Do? Lifeguards reveal that these holes, even fairly shallow ones, can collapse and kill. They monitor digging holes and will inform diggers that the sand can be a serious hazard. Most of the time, these holes are hard to spot with umbrellas and beachgoers blocking the view of the hole. Lots of people dig holes or tunnels in the sand, but they don’t know their holes can quickly cave in and trap those inside.

So what should you do? Well, the rule is simple and straightforward. You can dig holes on the beach as long as they cover a small area and are no deeper than the knees of the smallest person in the group. One should not do any tunnelling. Moreover, never leave the hole unattended and always fill it back in so it isn’t a hazard to others.

The crews that clean the beach overnight may encounter large holes that can actually cause damage to the equipment and are a danger to the equipment operators. So consider all this before taking up any stupid challenge that expects you to dig deeper holes.

Authorities narrate how dangerous such holes can be for people. “We have moms on the beach at night. We have babies going to the water at night,” said Kelly Sloan, the Coastal Wildlife Director at the Sanibel Captiva Conservation Foundation (SCCF). “They face so many threats already. This is one small thing we can all do to help them.”

In a previous instance in Ocean City, an 11-year-old boy was attempting to dig a tunnel between two holes. The tunnel collapsed and he was buried alive, headfirst, with only his feet exposed. So yea, digging holes is more dangerous than it sounds.

Your safety is in your own hand. And guess what? Until TikTok takes some responsibility and takes these videos down, this challenge is destined to grow. FYI, In case you come across content that glorifies any such dangerous challenge, please report it immediately. To report it on TikTok, you can follow these steps:

Despite TikTok’s claim that its rules prohibit dangerous challenges, and the company launched a page on its website that encourages people to stop and think if an online challenge is harmful before attempting it, precious lives are lost in the name of a silly challenge. Know that you are saving someone’s life by taking necessary precautions. Stay safe, stay alert!