Where to start! Let’s start with ”Gold” and how its ever-lasting impact can make people do crazy things. This time we are talking about ”gold chains implant” and the images and the details will blow your mind.

Every other day, we come across stories that tell enlist about fancy wigs or high-end hair extensions. It is quite common, to be honest, and almost every celeb goes through it in one way or another. 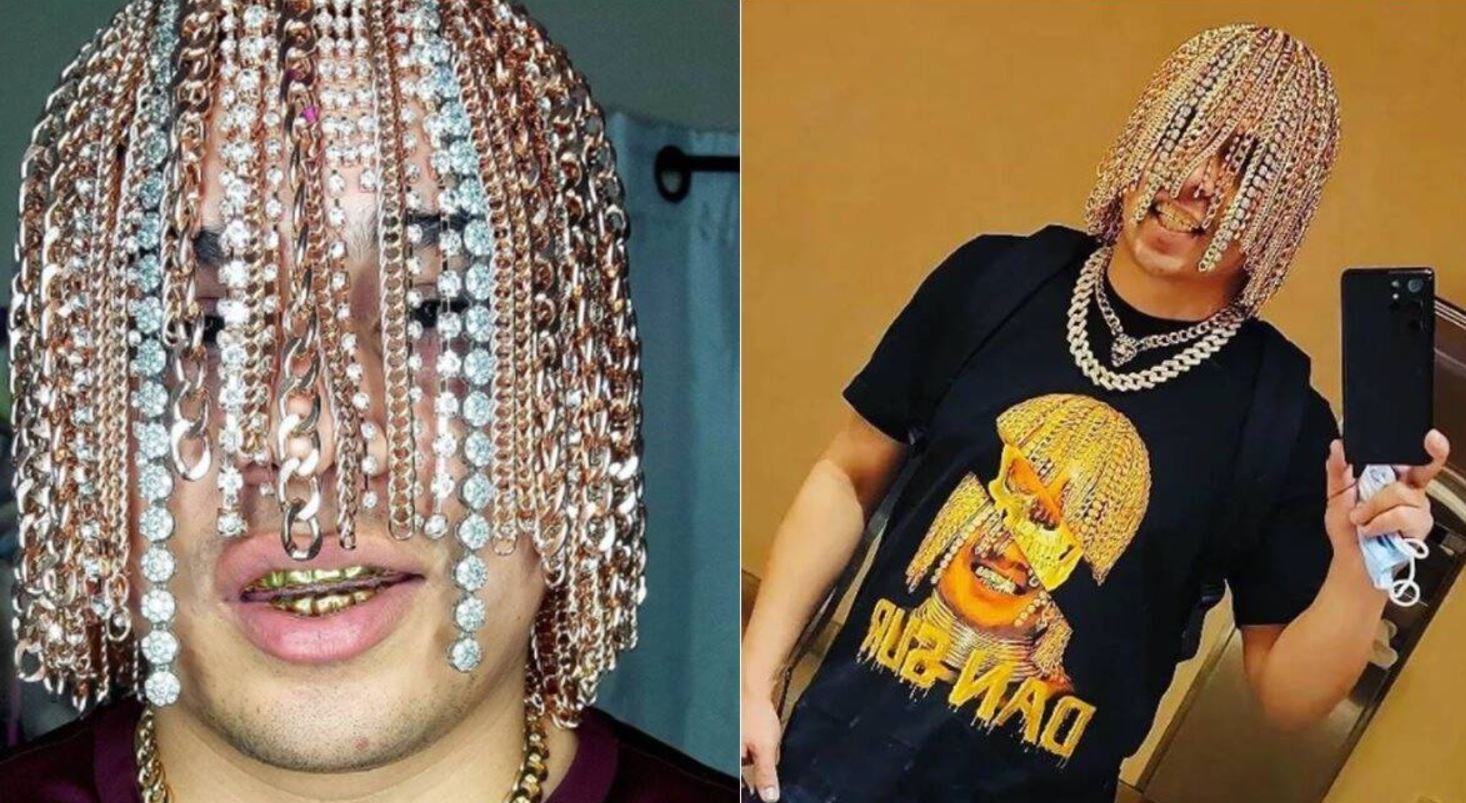 However, how long will it take you to digest a ”gold chain hair implant” and I am not kidding. A rapper who hails from Mexico took the hair implantation game a notch high and got a gold chain implanted through his scalps.

Yes, that’s the kind of crazy I am speaking about.

The look was revealed in one of his music videos where he flaunted his look. Moreover, he also got engaged in conversation with doctors who raised concerns for the same.

Let’s find out more on the subject.

The buzz started soon after the rapper created a Tik-Tok video of him. The video instantly went viral as his metallic ”Gold” locks added to the fancy. Furthermore, the gold chains were embedded with diamonds and gems. 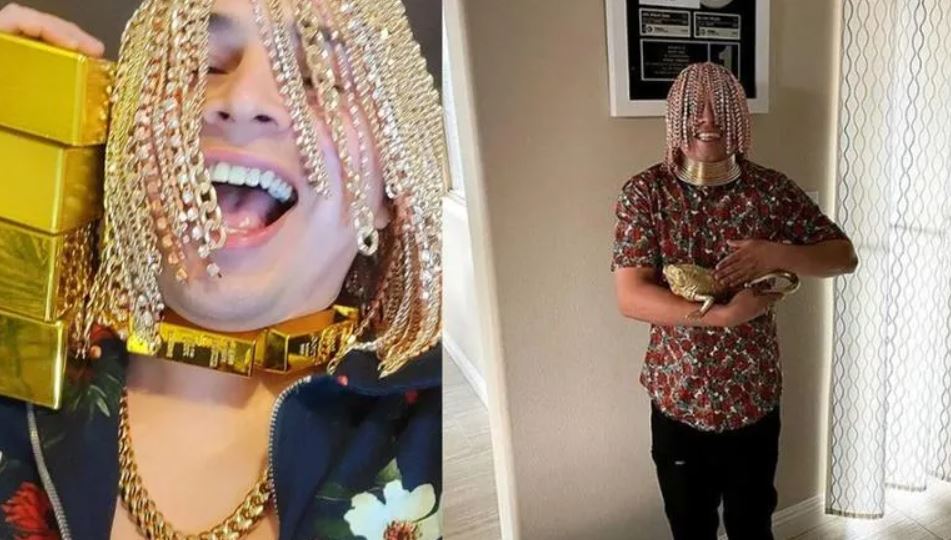 The rapper, Dun Sur, 23-year-old, didn’t leave it to that. He also made sure that the world knows about his achievements.

He claimed to be ” “first rapper … in human history” to have gold chain hair’ which is technically branching throughout his scalp. That’s complete implantation.

Oh and forgive me that I forgot to mention, he also has ”gold braces” to flaunt now. Yes, he has golden teeth too. In the pictures, you can find him flaunting that as well. After all, how could he miss his ”golden” chance?

This was the Mexican’s rapper take on ”being different” with the surgical implant. He underwent the surgery in the month of April and the rapper didn’t let go of a single chance to flaunt his hair to his Instagram followers. 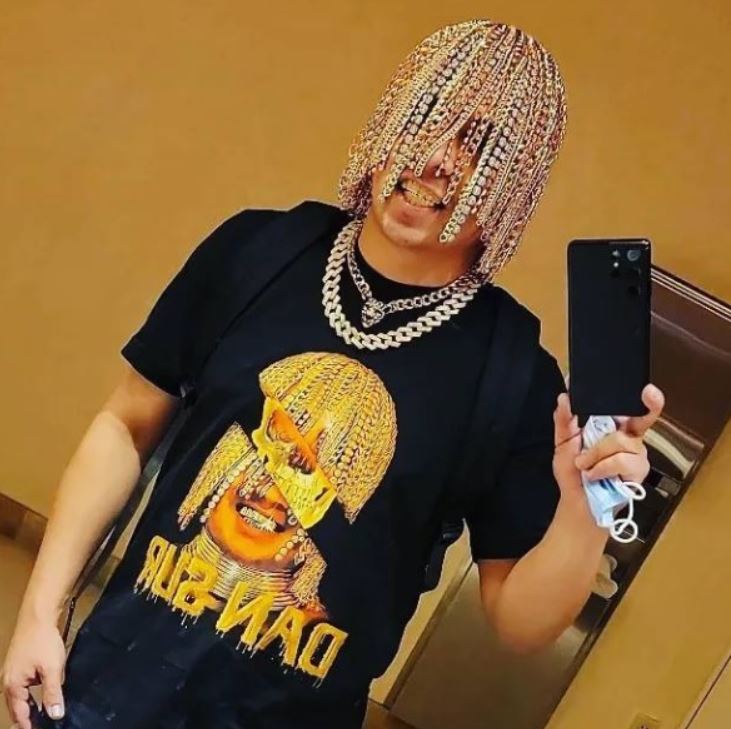 In one of his videos, he said, “The truth is that I wanted to do something different because I see that everyone dyes their hair. I hope not everyone copies me now. This is my hair. Golden hair. The first rapper to have gold hair implanted in human history,”

“I have it as a hook that is implanted in my head and that hook has hooks and they are all hooked in my skull, under my skin.”, he added.

After watching the video, I am seriously concerned about how he sleeps at night or how does he shampoo those gold chains? or does he?

Additionally,  he has gained the attention he needed as his follower’s streak went up. It increased from 12,000 to almost 1.9 million on TikTok.